Marvel Studios announced today that principal photography for Captain Marvel has begun in Los Angeles, California. Along with shooting in and around the greater Los Angeles area, they will also be shooting on location in Fresno, California as well as in Louisiana including Baton Rouge and New Orleans.

Marvel released a photo of Brie Larson doing research at Nellis Air Force Base in Nevada with Brigadier General Jeannie Leavitt, 57th Wing Commander to prepare for her role as Captain Marvel. 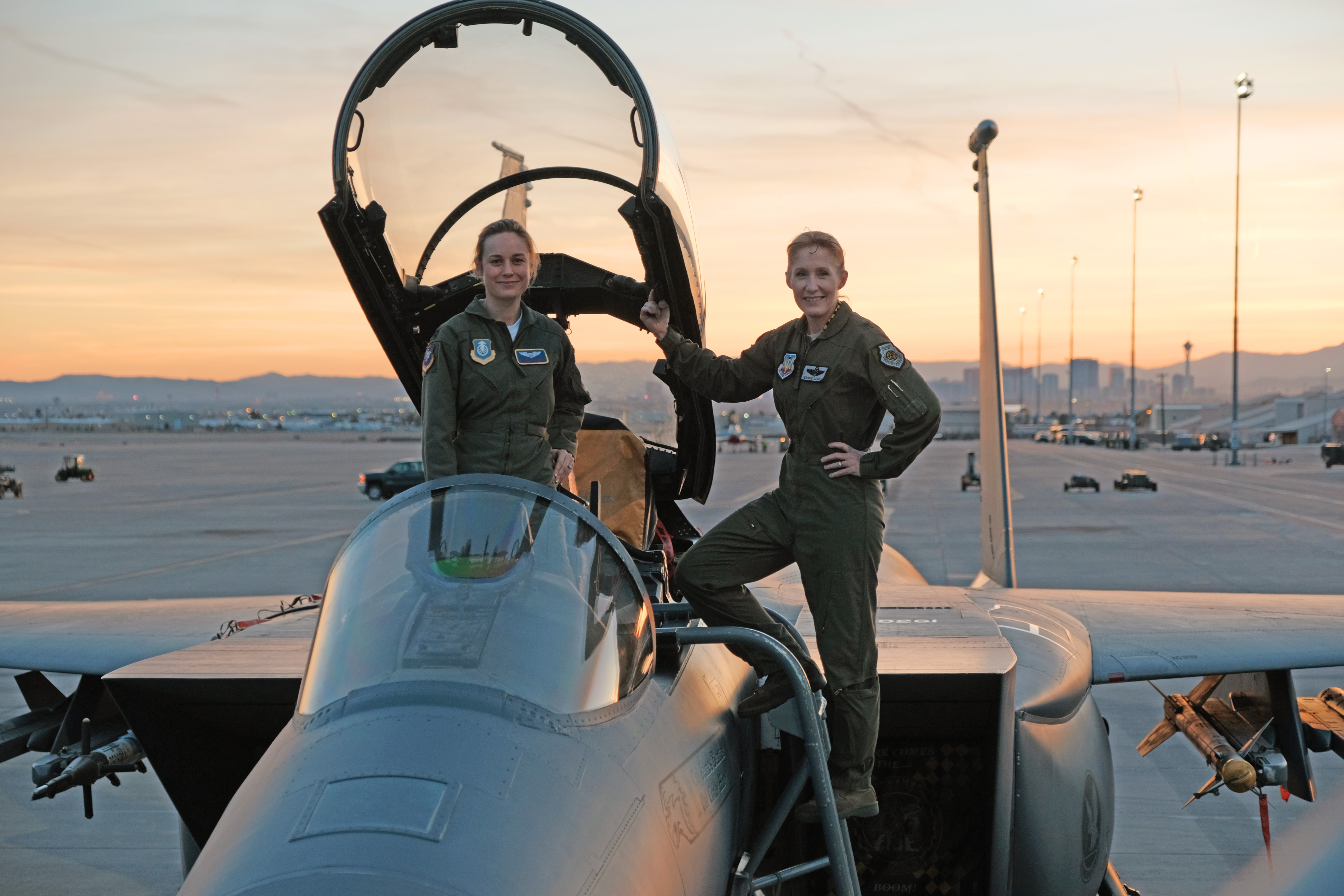 They also released a brief synopsis of the film:

“The story follows Carol Danvers as she becomes one of the universe’s most powerful heroes when Earth is caught in the middle of a galactic war between two alien races.  Set in the 1990s, “Captain Marvel” is an all-new adventure from a previously unseen period in the history of the Marvel Cinematic Universe.”

The two alien races are expected to be the Skrulls, who will be the main antagonists as revealed by Kevin Feige at last year’s San Diego Comic Con, and the Kree.

We have not seen the Skrulls in the Marvel Cinematic Universe at all or at least that we know of. The Skrulls are a shapeshifting alien race that can take on the form of humans. It’s possible there are Skrulls hiding among the current crop of Avengers who will take on Thanos in Avengers: Infinity War.

As for the Kree, we were introduced to them in Guardians of the Galaxy. If you remember, Ronan the Accuser is a member of the Kree race. However, Ronan separated from the Kree Empire after they made peace with Xandar.

Ronan describes himself, “They call me terrorist, radical, zealot because I obey the ancient laws of my people, the Kree, and punish those who do not. Because I do not forgive your people for taking the life of my father, and his father, and his father before him. A thousand years of war between us will not be forgotten.”

In the pages of Captain Marvel #18 and the pages of Ms. Marvel #2 it is revealed that the Kree hero Mar-Vell saves Carol Danvers from the Psyche-Magnitron explosion. However, during the explosion her body absorbs a combination of radiation and Mar-Vell’s DNA to become Ms. Marvel. 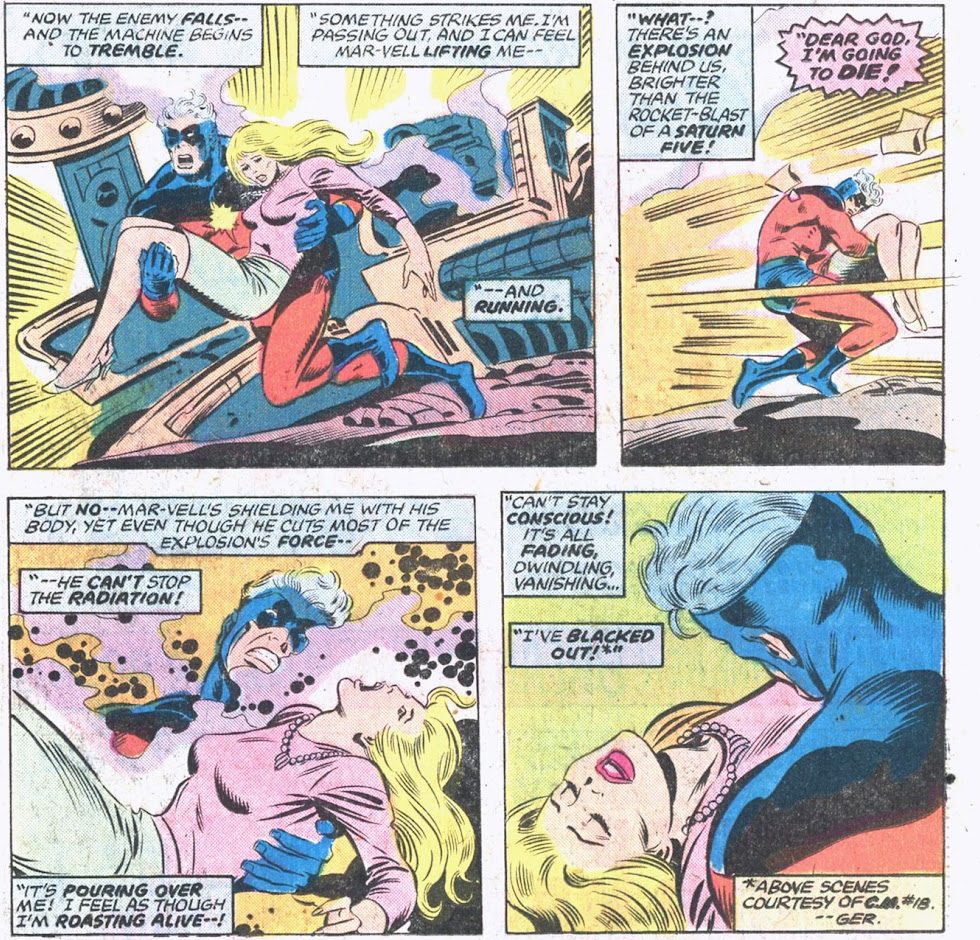 However, Carol Danvers would not realize her body had undergone such a tragic transition. In fact, she would leave her job as a security consultant and become a freelance writer. Still she would continue to experience “periods of depression and uneasiness.” Six months after the accident with the Psyche-Magnitron, Carol Danvers would experience a blackout where she becomes the hero Ms. Marvel. 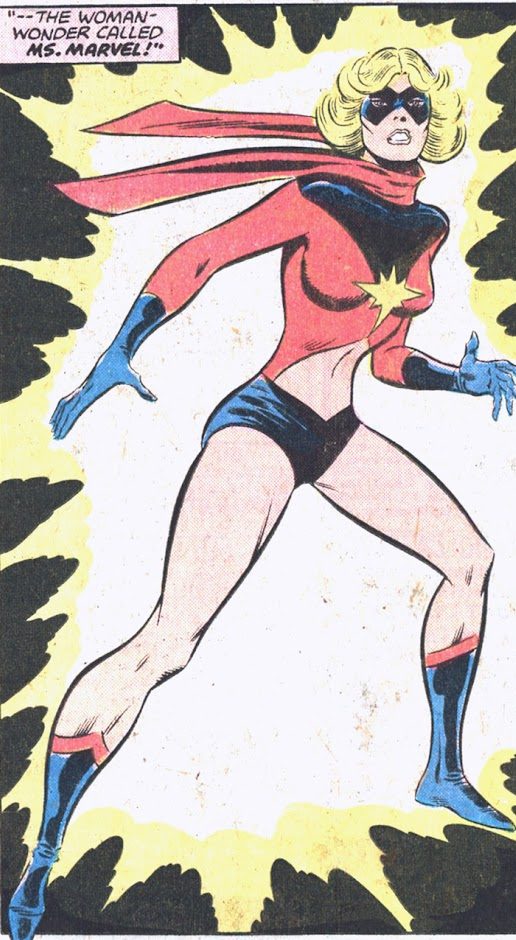 It’s more than likely an adaptation of this story will be seen in Captain Marvel as the Kree and Skrulls galactic war spills onto Earth. In fact, Captain Marvel will actually become the first superhero Samuel L. Jackson’s Nick Fury will become aware of and most likely lead to him forming S.H.I.E.L.D.