WonderCon 2018 took place in Anaheim this past weekend. While most regard the convention as Comic-Con light, it’s a growing convention with a slurry of celebrated artists. DC has spent the last few years maintaining a wonderful and positive presence at the convention, and they doubled down this year. On Friday, they held a great panel about Action Comics #1000, celebrating 80 years of Big Blue. The next day was their big Publisher’s panel. DC used that time to explain recently announced titles, decisions, and imprints. But by far, the biggest star of the show was none other than Scott Snyder! The famed Batman and Dark Knights: Metal writer is taking over Justice League after the events of Justice League: No Justice!

Jim Lee, Dan DiDio, and editor Bill Morrison all shared the stage with Snyder, but barely anyone else got a word in. The writer is so clearly enthusiastic about his next DC Comics venture. It came as no surprise that Snyder declared that he wants his Justice League run to be his magnum opus, his greatest work.

While details on Snyder’s run are still being kept secret, he revealed tons of great information about what fans can expect! Not only that, he’s introducing several Justice League titles that revolve around the events of Dark Knights: Metal and No Justice. Some of those Justice League titles will be written by the likes of Joshua Williamson and James Tynion IV. While the best team in comics are suffering on the big screen, they’re doing just fine on panel and page.

Scott Snyder just sent six Batknights in flaming armor at the DC Universe, and they lived to tell the tale.

How could he possibly top that in Justice League? By taking the team back to their roots. 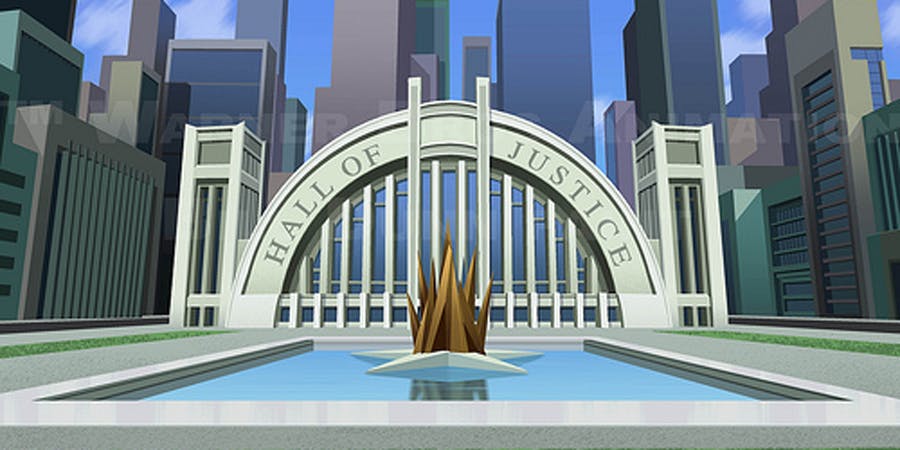 Two of the biggest surprises came in the form of welcome returns. The Hall of Justice and the Legion of Doom will both be returning to the Justice League comic series! He’s not the first Snyder to bring back the Legion of Doom, but this is an undeniably awesome development for the series! Almost everything about Snyder’s upcoming stories seems cosmic and Universe-spanning. But bringing back two of the oldest elements about DC comics is also a sign of its future.

If there’s anything to learn from Dark Knights: Metal, it’s that Scott Snyder loves every corner of the DC Universe. Almost as much as Geoff Johns. He’s bringing that same love over to Justice League by resurrecting what he loves most about this world. It’s inspiring and exciting, to say the least. Which is why so many changes, and a couple of new titles, are coming to the DCU. Snyder was light on details, but the end of Dark Knights and No Justice will open up a brand new part of the DC Universe. With powerful new beings, that won’t be so jazzed about being bothered. Leading to a brave new frontier to explore and protect. Not to mention new allies.

Darkseid is joining the Justice League, after all. Along with a couple of new comic series. 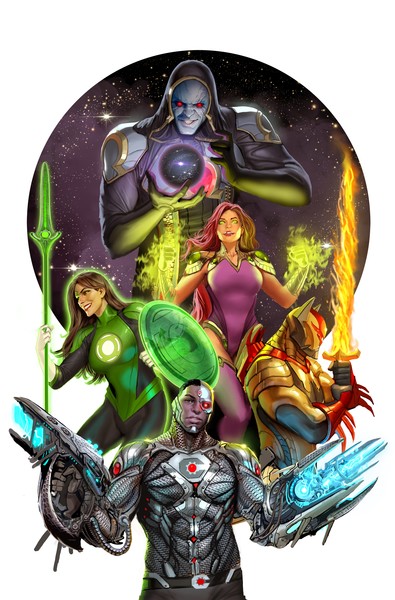 Without going into specifics, Snyder mentions that brand new parts of the Universe will suddenly need protecting during and after the events of No Justice. So, the “Justice League realizes they need to be bolder and better,” says Snyder. With that he announced two brand new titles. The first is Justice League: Odyssey, which is written by Joshua Williamson and art by Stjepan Šejić. Snyder referred to it as “It’s basically Justice League: Space. Though I wanted to call it Justice League: Wtf. Like Justice League: With the frontier. But I got shot down.” That would have been hilarious, but a major publisher was probably never going to let that fly.

However, the title itself sounds like another series to look forward to. These beings that Snyder is introducing scare Darkseid into joining this team. Snyder refers to Darkseid as the “Hannibal Lector” of the team. How ridiculously, unequivocally awesome is that? The biggest bad in DC comics is featured above with other members Cyborg, Azrael, Starfire and Jessica Cruz.

While Odyssey is set in space, the other title is more grounded in magic. 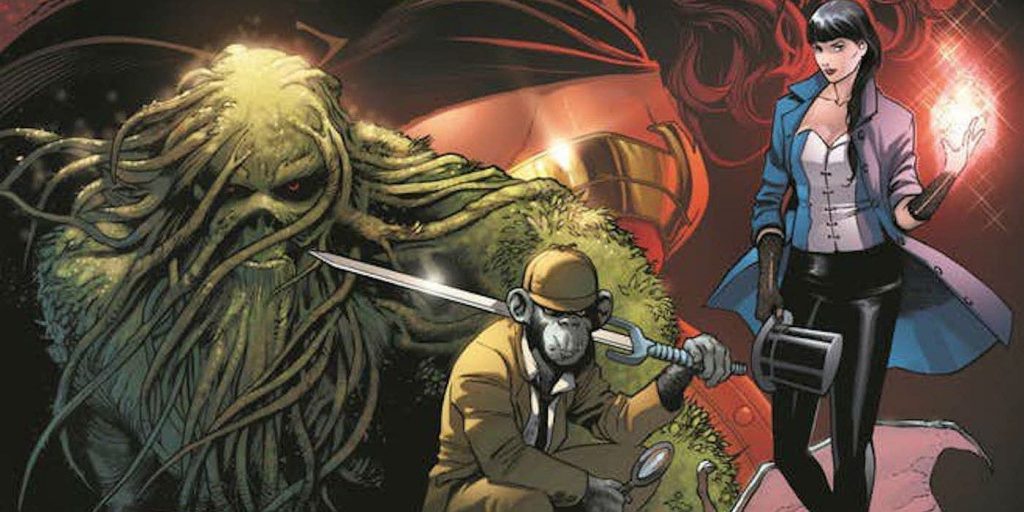 One of the best aspects of the panel was just how nervous every member of DC’s team appeared to be. Jim Lee, Scott Snyder, Mark Doyle, and Dan DiDio. These are some of the greatest names in comics, and yet they’re still nervous and telling their new ideas to their adoring fans. But the passion that DC and Scott Snyder are putting into this new Justice League story is clear and breathtaking. Action Comics #1000 was already a monumental and historic time for the publisher, but they’re letting the readers know, “that’s not all!”

DC Comics has heard loud and clear that fans think their favorite superhero team has been hurting. Whether or not it’s a desire to compensate for a lack of live-action awesome, DC is making a commitment to putting their best foot forward. With their best creatives and their best characters.