**Warning Spoilers for Detective Comics #977 Below**

In Detective Comics #977 by James Tynion IV, Javier Fernandez, Eddy Barrows, and Eber Ferreira takes us to the near future of the DC Universe. Tim Drake is attending Ivy University when he sees breaking news on the television. The President of the United States has ordered Colony to force Batman to surrender.

Tim Drake quickly ditches his regular clothes for his Robin costume and makes his way to Gotham as fast as he can.

Unfortunately, Tim Drake is too late. Colony has invaded Bruce Wayne’s manor and broken through Wayne Manor’s defenses. Batman is unable to fend off the army of Colony troops that storm the Batcave. While he is attempting to defeat a number of them he is shot in the back. 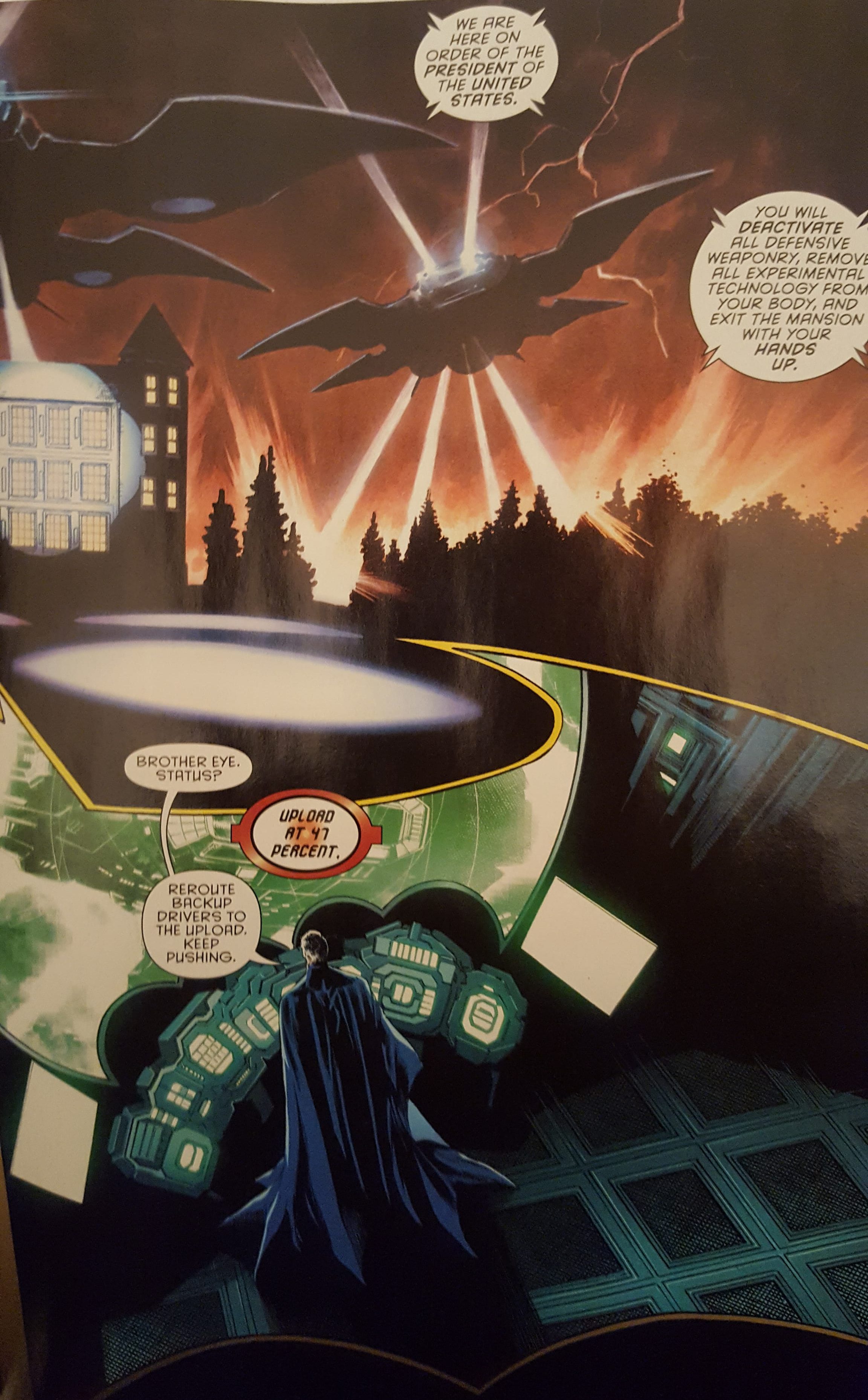 Kate Kane also known as Batwoman is the person to pull the trigger. As Batman lays bleeding out on the floor Kate Kane gives him one last chance to surrender. “You can still surrender,” she says. Batman replies, “You know damn well that was never going to happen.” That’s when Kate points her pistol right at Batman’s head and pulls the trigger executing him right there in the Batcave. 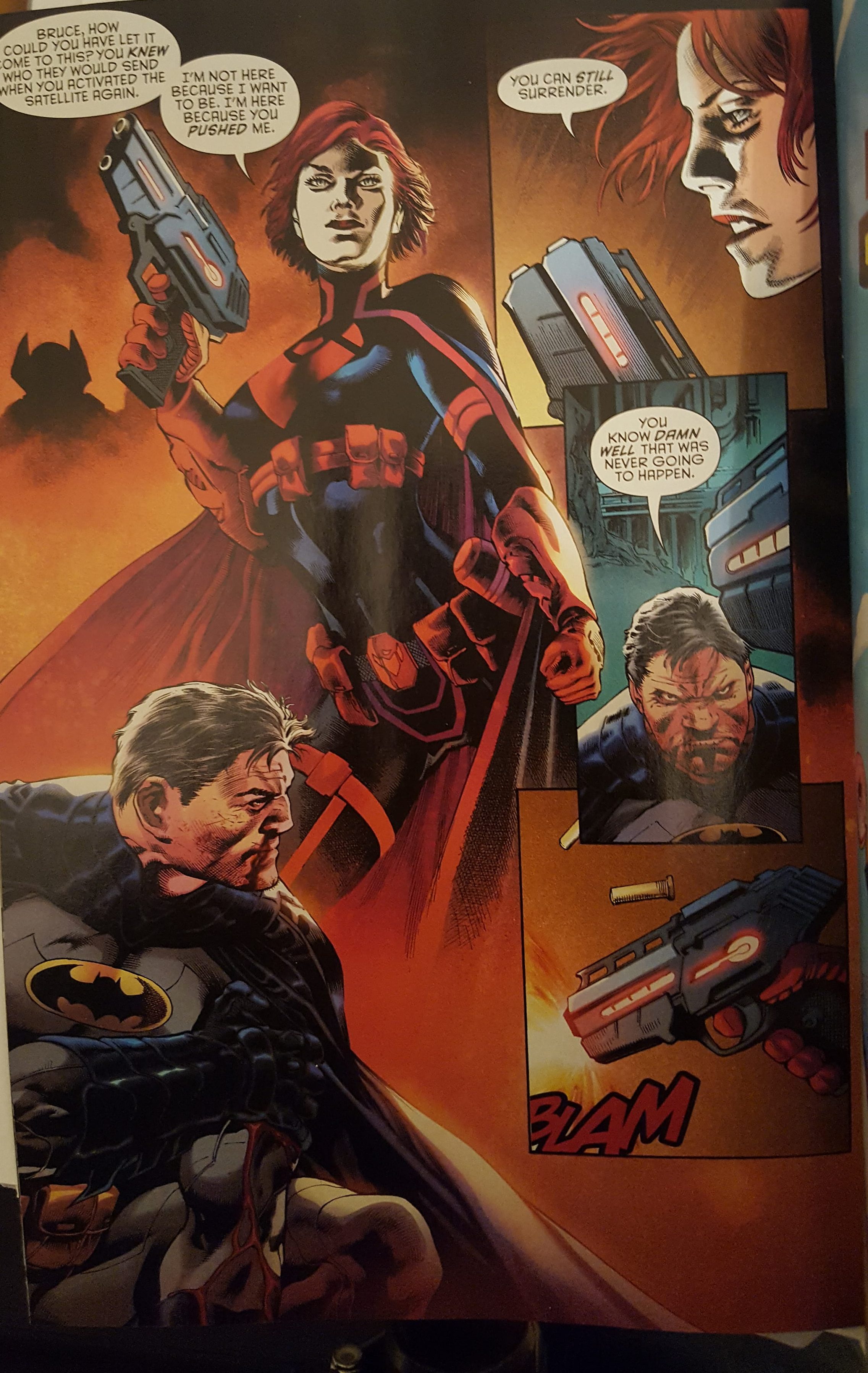 Kate Kane makes her report to the President, “Colony Commander to Eagle One. The target is down. Thank You, Mr. President.”

That’s when Tim Drake shows up, but it’s way too late.

It’s pretty wild stuff and makes for an extremely intense read! Who could have imagined Kate Kane aka Batwoman executing Batman so easily.