Graphic designer Eileen Steinbach took a fan theory about Hawkeye being involved with the Soul Stone and turned it into a pretty stunning poster. She takes Hawkeye’s face and surrounds it in darkness and puts a caption saying, “You Have Heart” below him. In his hands, Hawkeye holds the Soul Stone.

I read a theory about Hawkeye having something to do with the soul stone, so I made a thing. #AvengersInfinityWar pic.twitter.com/UvUzlUYBC4

Featuring Hawkeye has become something of a meme lately as Marvel has left Jeremy Renner’s character out of much of its promotional material. In fact, in the most recent official group posters, Hawkeye is nowhere to be seen. He was also not featured as part of Entertainment Weekly’s huge spread which featured 15 different covers and over 22 other Marvel heroes. Empire Magazine also snubbed Hawkeye leaving him off their covers as well.

It’s actually quite perplexing given Hawkeye is one of the founding members of The Avengers team in the Marvel Cinematic Universe. He joined Black Widow, Captain America, Hulk, Thor, and Iron Man as they joined together to fight against Loki and his Chitauri army in The Avengers. He’s played a pivotal role in subsequent movies such as Avengers: Age of Ultron where he puts his complete trust in Scarlet Witch after she learns of Ultron’s true intentions and switches sides to join the Avengers. He would then break Scarlet Witch out of the Avengers Mansion in Captain America: Civil War and help Captain America and Bucky Barnes escape Iron Man’s team.

Eileen Steinbach isn’t the only one to feature Hawkeye. 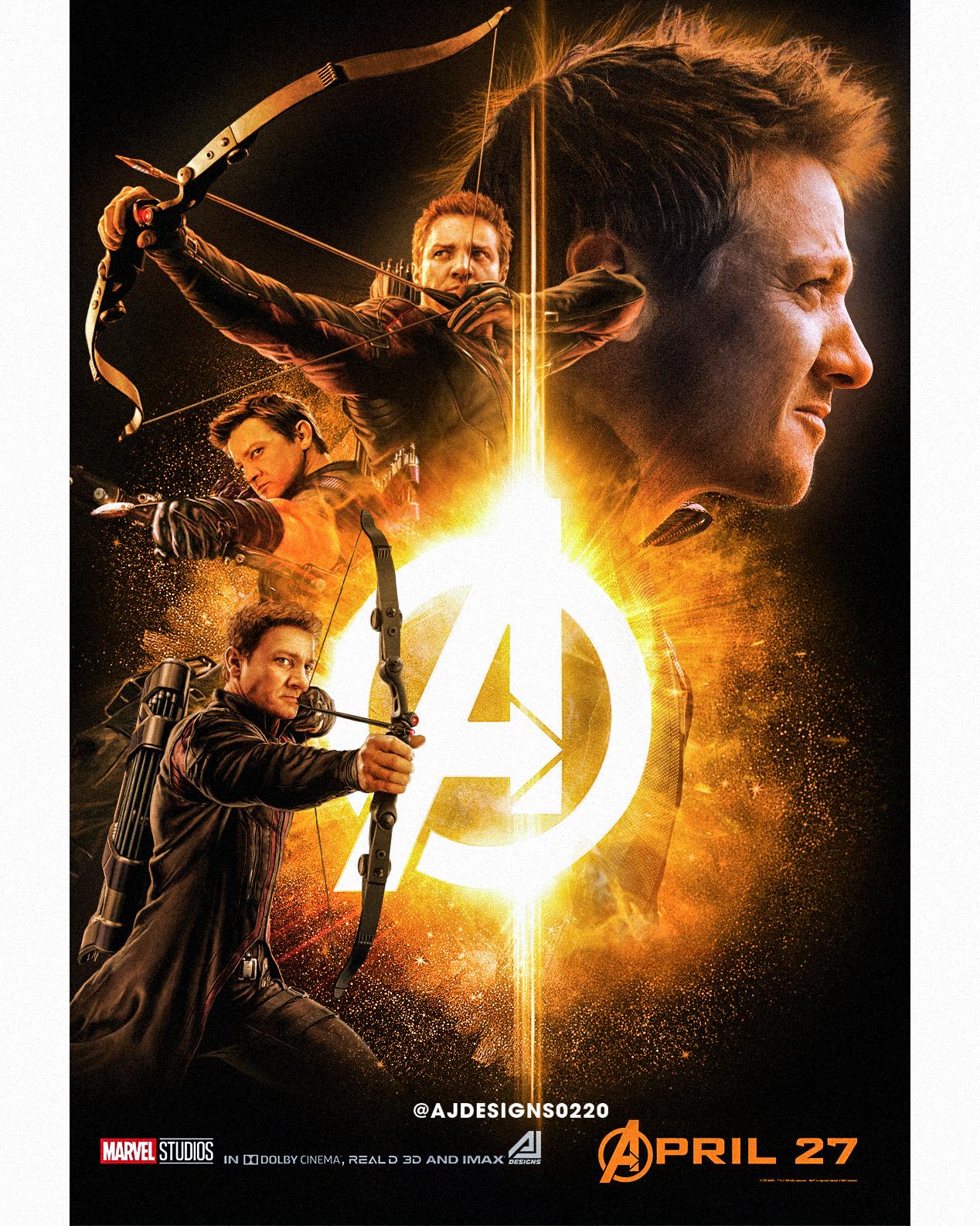 And Boss Logic created his own rendition.

A popular fan theory surrounding Hawkeye that has been circulating is that he’s actually been deployed to locate the Soul Stone and his travels have taken him to Japan where he’s taken on the Ronin persona. Hawkeye would be the perfect person for this task, because he’s still human. Thanos might not see him as a threat. Not to mention he’s also trained as a spy and can slip behind enemy lines extremely well.

What do you think about Eileen’s poster? Do you think Hawkeye could be connected to the Soul Stone?