Shadowman returns in this new iteration by Andy Diggle and Stephen Segovia.

I have a love/hate relationship with the current Valiant Universe’s Shadowman. The book relaunched in 2012 as part of their rebooted universe of 90s characters, and Jack Boniface and the way Shadowman worked ended up changing a lot from the original Valiant, moreso than many of their rebooted characters.

To be fair, the 90s version of Shadowman had very lazy worldbuilding, undefined powers, he just seemed to rage at night and get stronger. The current version has this ability to travel back and forth to a place called The Deadside, where Valiant’s built a cool realm of dead spirits, some of which force their way back into our Liveside and cause trouble. Shadowman’s mask is a voodoo spiritual being itself called a “Loa”, and Boniface struggles for control of his mind with this Loa. 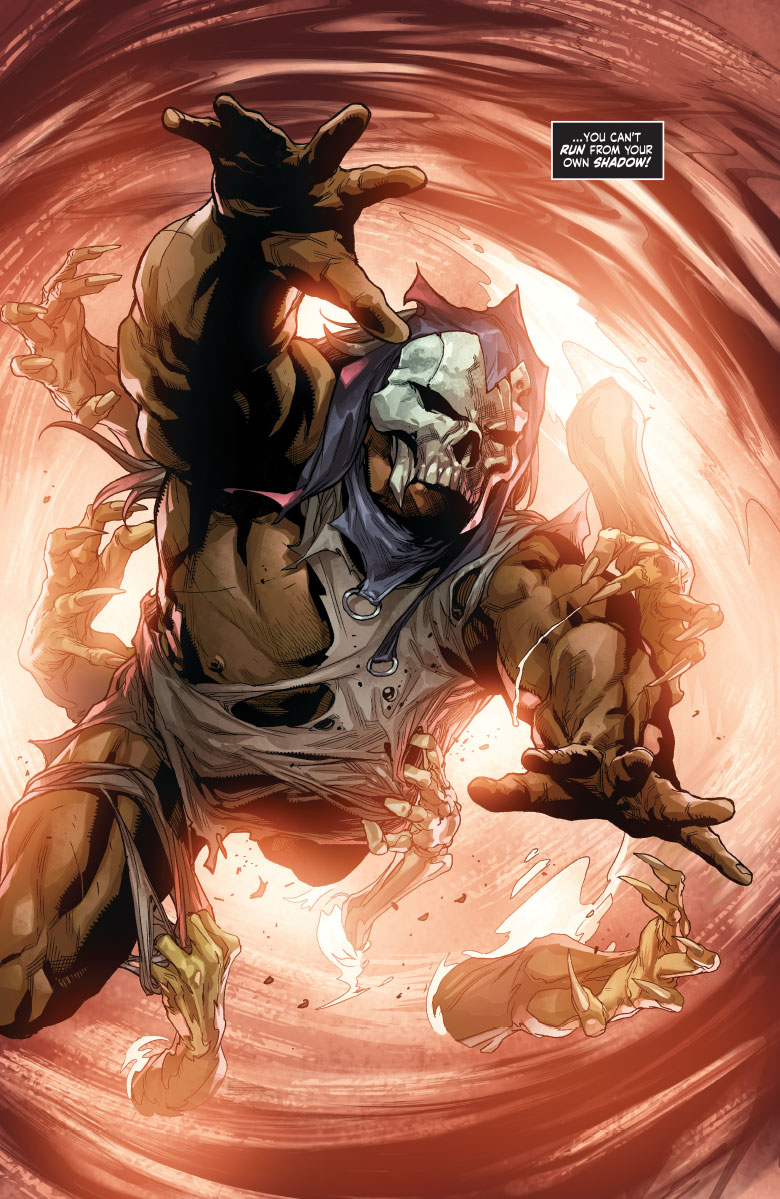 It went all fine and good for the first couple of arcs in that 2012 series, but when a new writer came on board, it took a very dark turn, where Shadowman was losing his mind, dealing with a dark past with his father. It was painful to read, and some of Valiant’s worst work.  The company seemed to know this, and they shelved Shadowman for a long time.

This book starts with a reboot. Shadowman has been gone for a long time. His girlfriend, Alyssa, from the 2012 run, is still around–though she’s become a voodoo priestess. The book opens up with her fighting against some evil spirit force for several pages, which establishes her as a character more than Shadowman proper. It was an odd choice, and made me worried for the series, as I thought the focus might not be around Shadowman but a side-character. 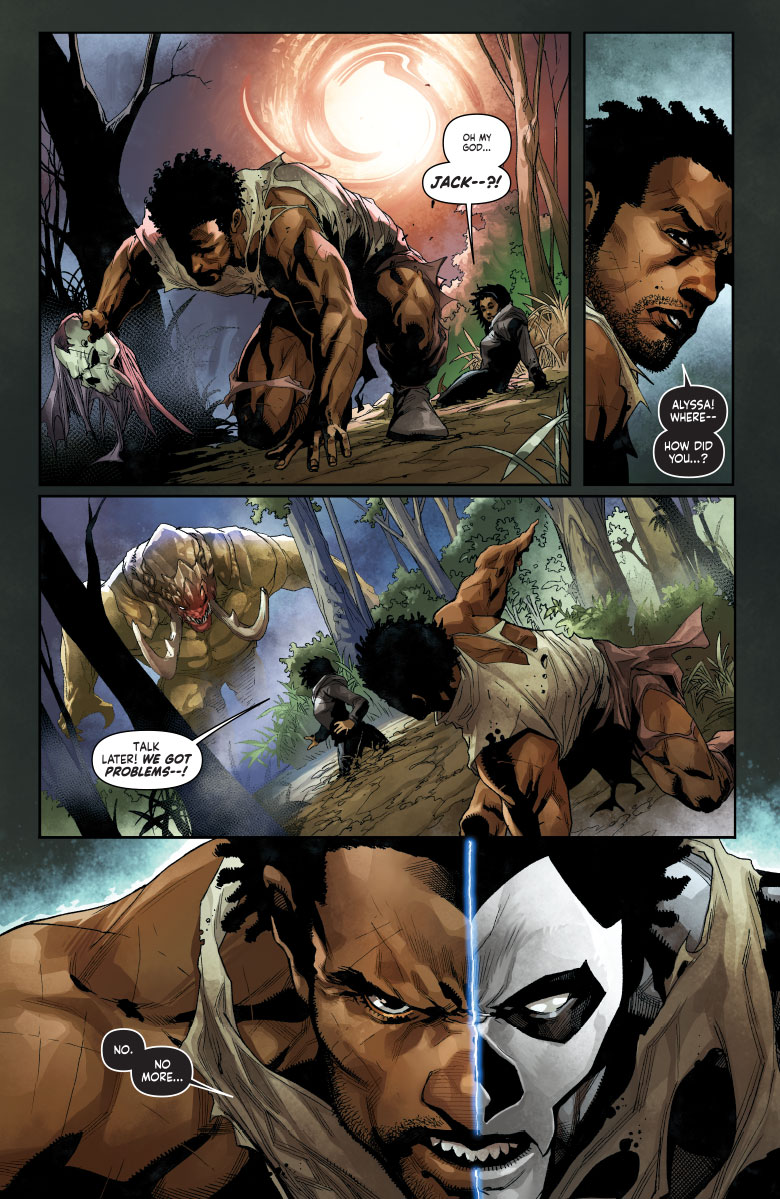 Jack Boniface, Shadowman, finally shows up a few pages in, and the book shifts course. It becomes a lot of dialogue and backstory explaining where he’s been, his struggle with the Loa, etc. It’s a bit slow, but it’s interesting, and the tone is right if the first few arcs of the 2012 Shadowman are the bar. Problems build spiritually, and Jack loses control to the Loa by the end of the book, where we get a cliffhanger.

The art is really well done. Tight, detailed lines all around. The colors are a bit muted which creates a blandness to the feel, however. It’s definitely professional, and up to Valiant’s high standards, but it is missing a bit of a flare to make it stand out from other books. 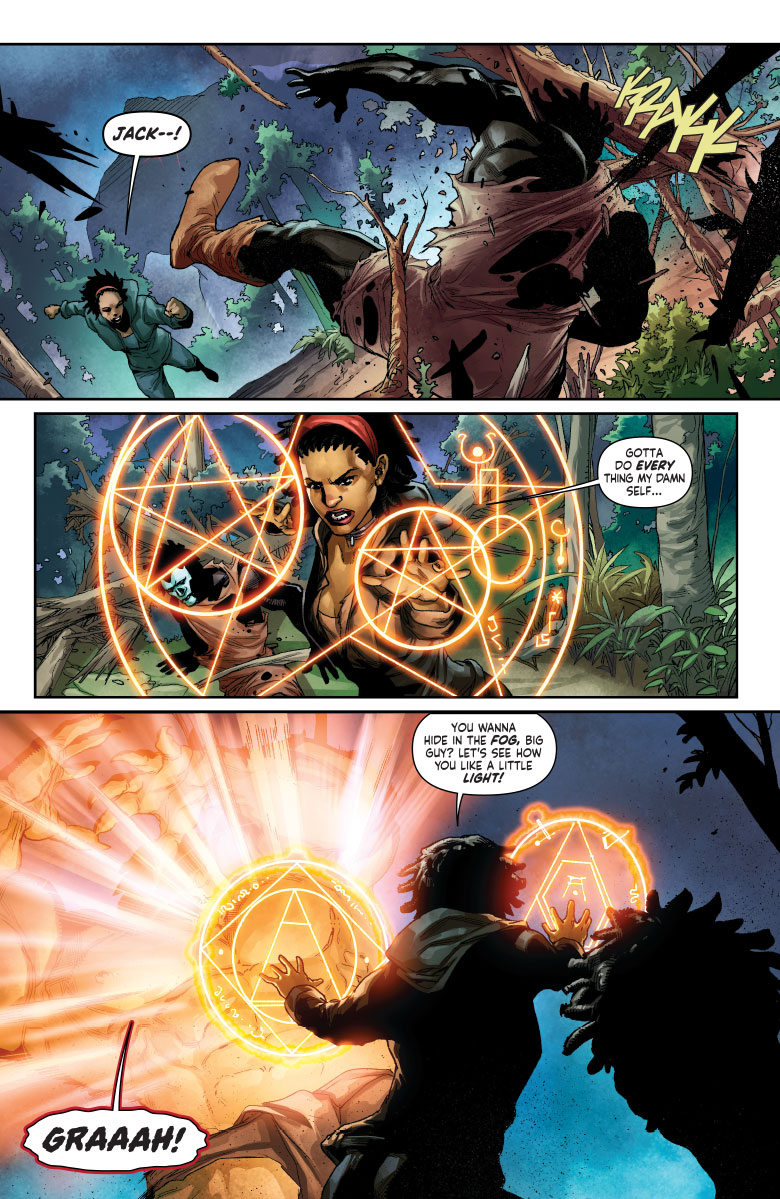 And the art actually is my overall thoughts on the tone of the story—it’s fine.  Everything is professionally done. Nothing’s technically wrong with it. It’s just the book is missing a fun-factor to it to really hook a reader. The hook at the very end cliffhanger really could have been sped up and into the first few pages and started from there, and we would have had a better introduction issue. Comics demand more action, not just a lot of exposition, and there’s where this fails as a first issue.

That said, I’m happy they’ve pushed Shadowman beyond those last atrocious arcs he was in before. This might work better in trade, we’ll have to see how the story progresses, but the issue needed more punch to it. The 1994 Shadowman is a great guideline for how much can be accomplished in single issues. I’d suggest picking those up if you haven’t read those already. The 2018 book has some nice callbacks, but has the untapped potential to be a lot more than is printed on these pages.