Marvel’s upcoming relaunch of Avengers is coming sooner than you think! Avengers #1 by Jason Aaron and Ed McGuinness will feature a core group of Avengers including Thor, Captain America, and Iron Man. They will be joined by Captain Marvel, Black Panther, Ghost Rider (Robbie Reyes), She-Hulk (Jennifer Walters), although Marvel is referring to her as Hulk, and Doctor Strange.

In Avengers #1, the team will come face to face with one of their most powerful enemies yet, the Dark Celestials. They are 2000-foot-tall space gods!

The latest cover by Pepe Larraz features Thor and Black Panther. It will be available as a special character lithos in May as well. 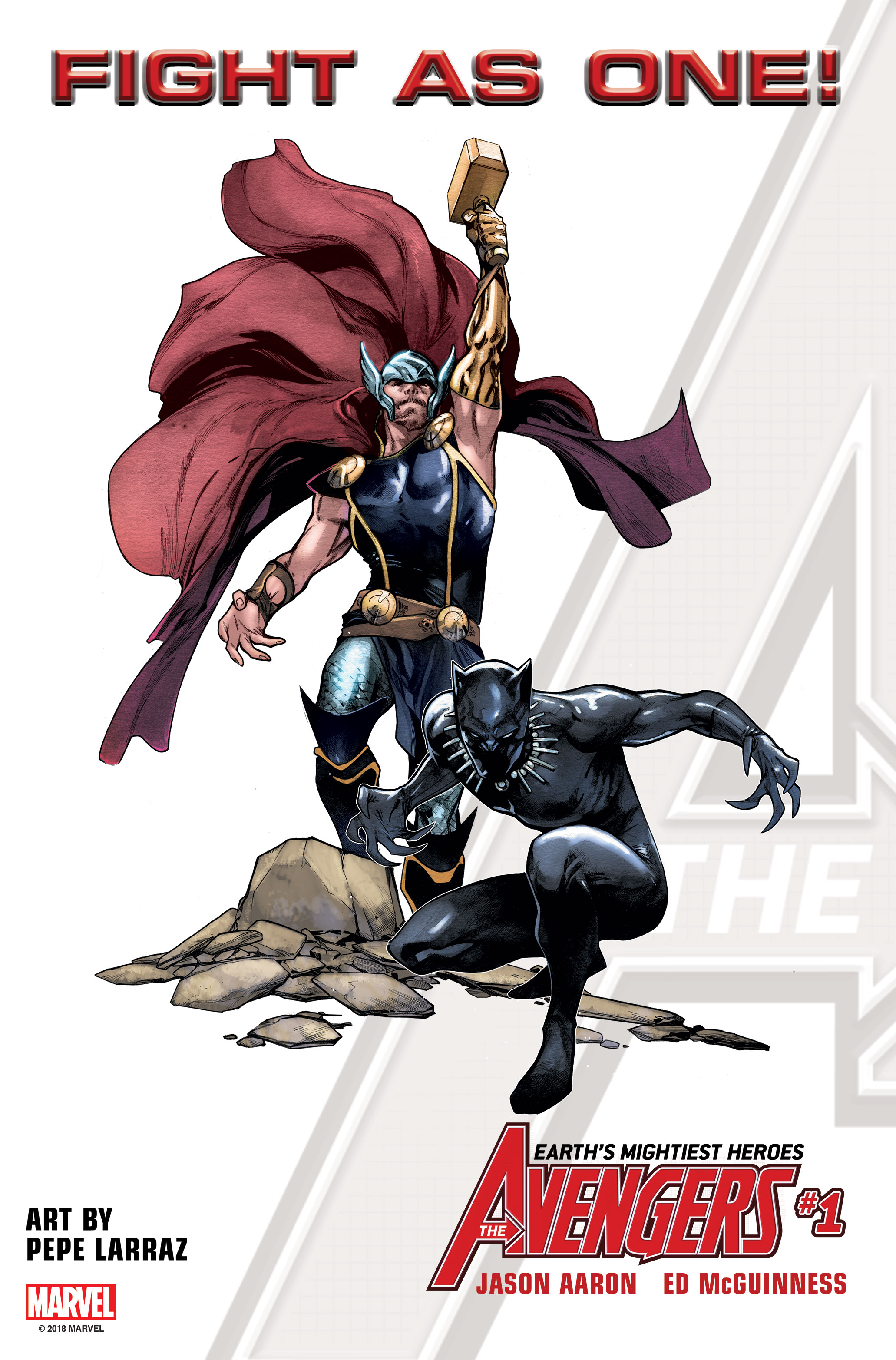 Those covers include a Greg Land special variant party cover and an Esad Ribic variant. 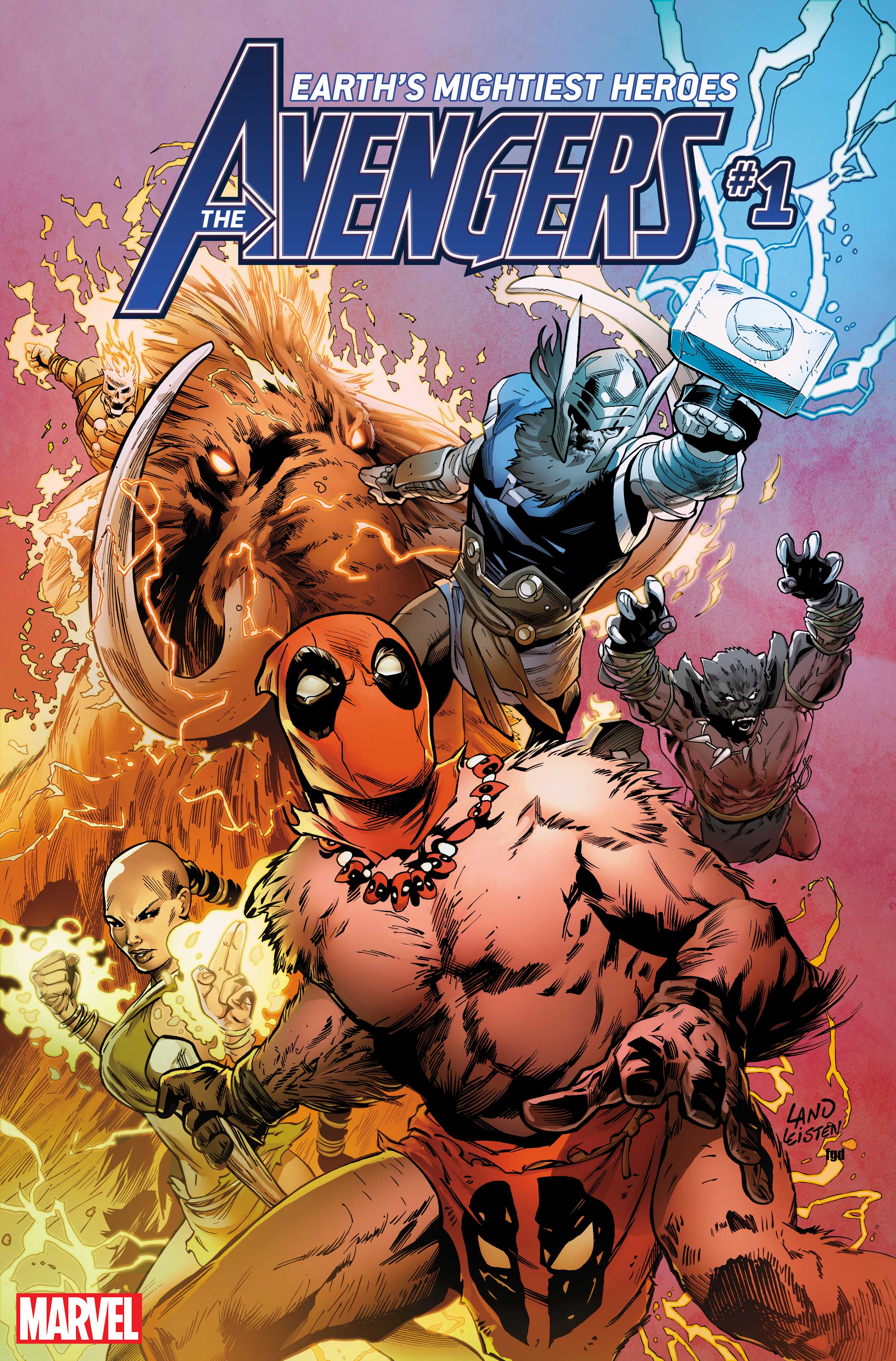 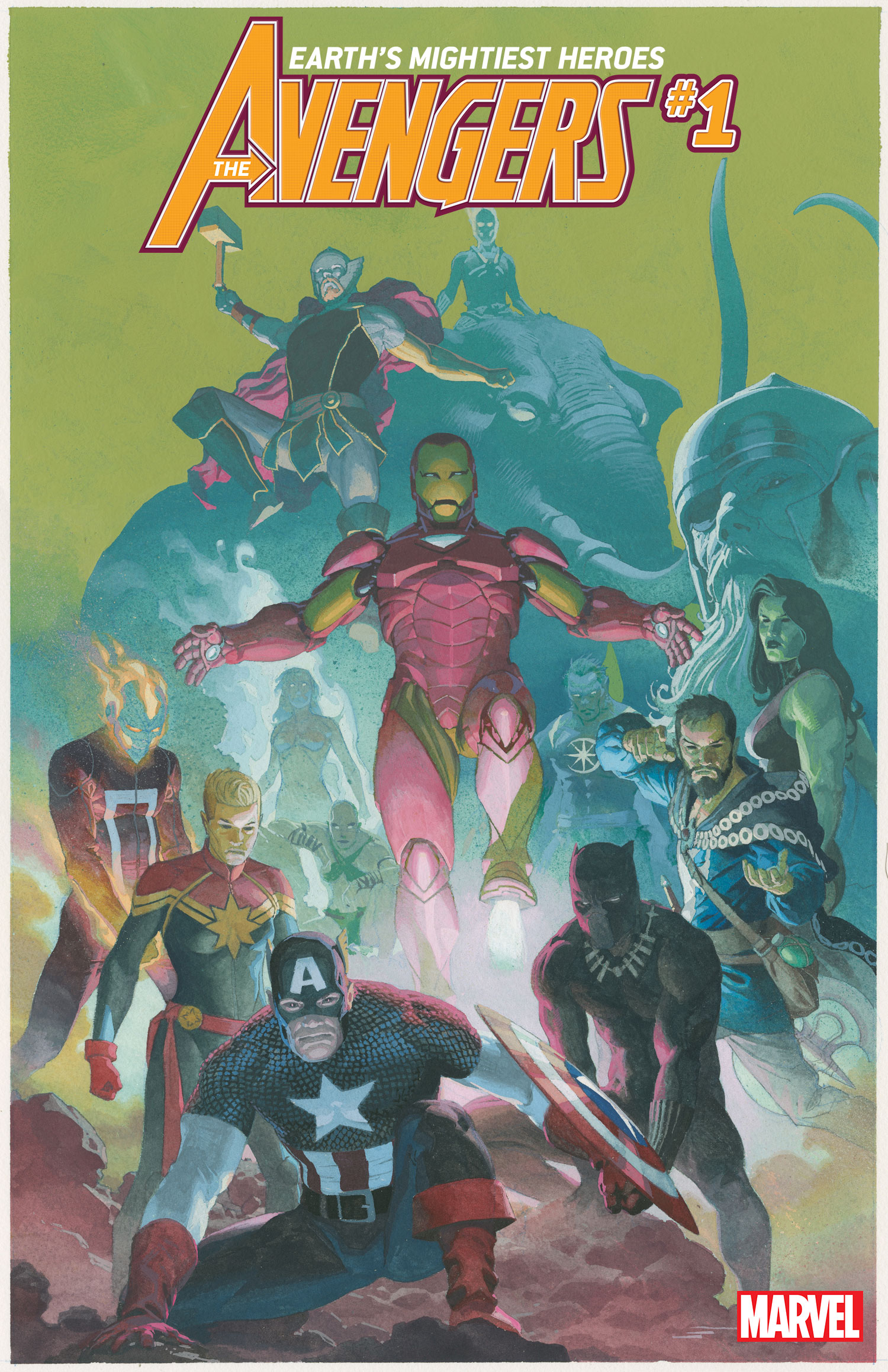 Along with the covers Marvel revealed a post card, the Avengers Free Comic Book Day Cover as well as the Marvel Magazine Cover. 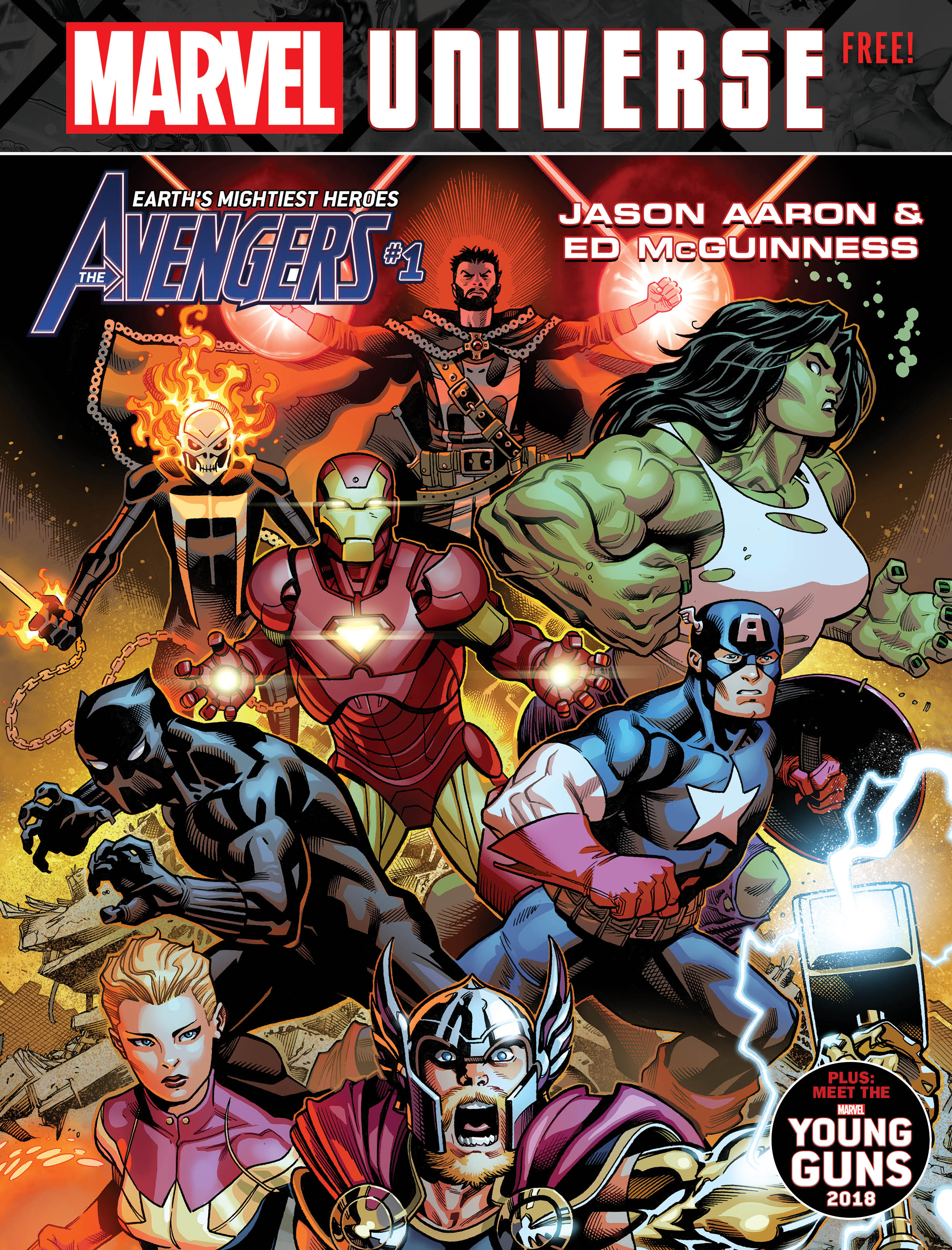 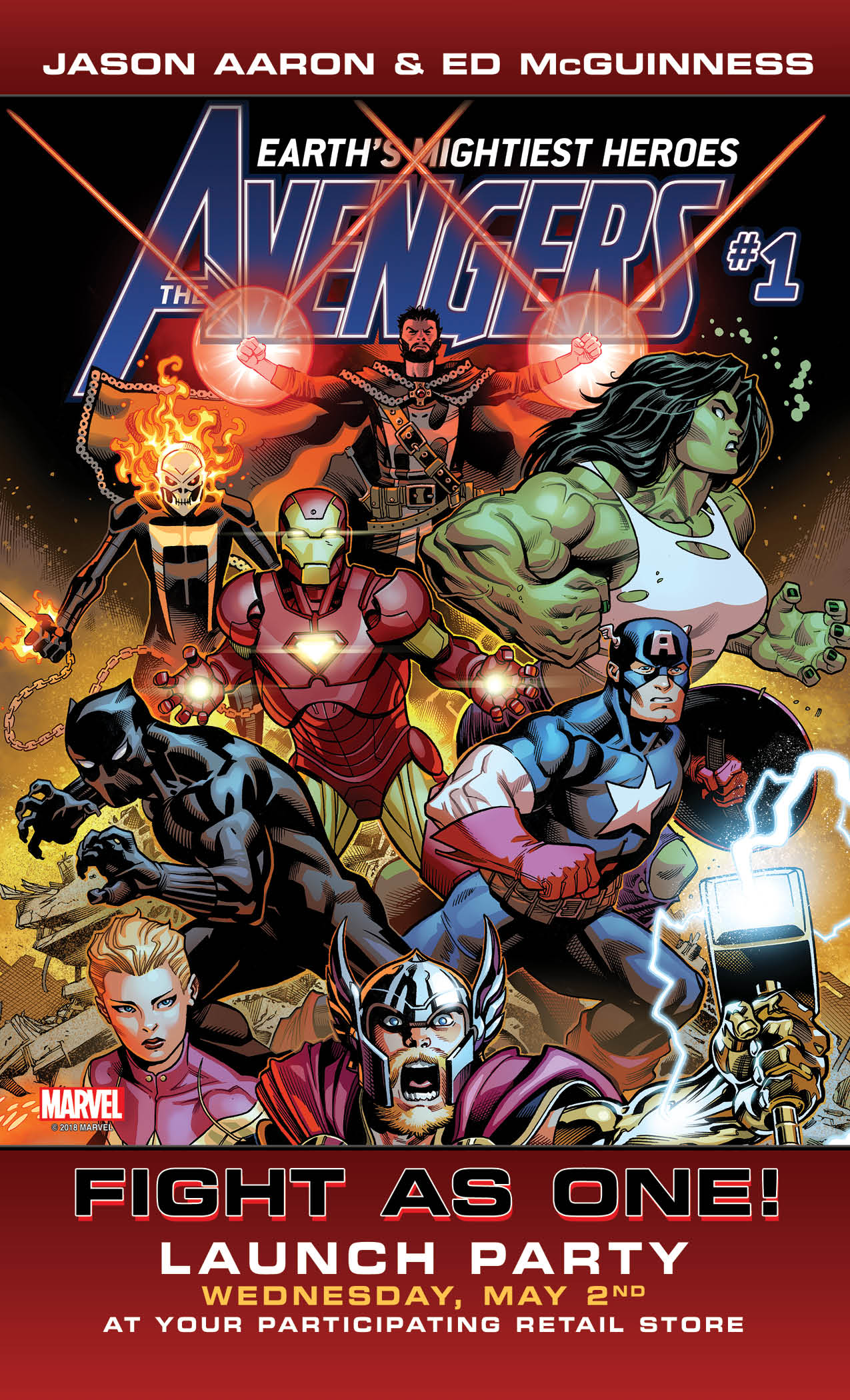 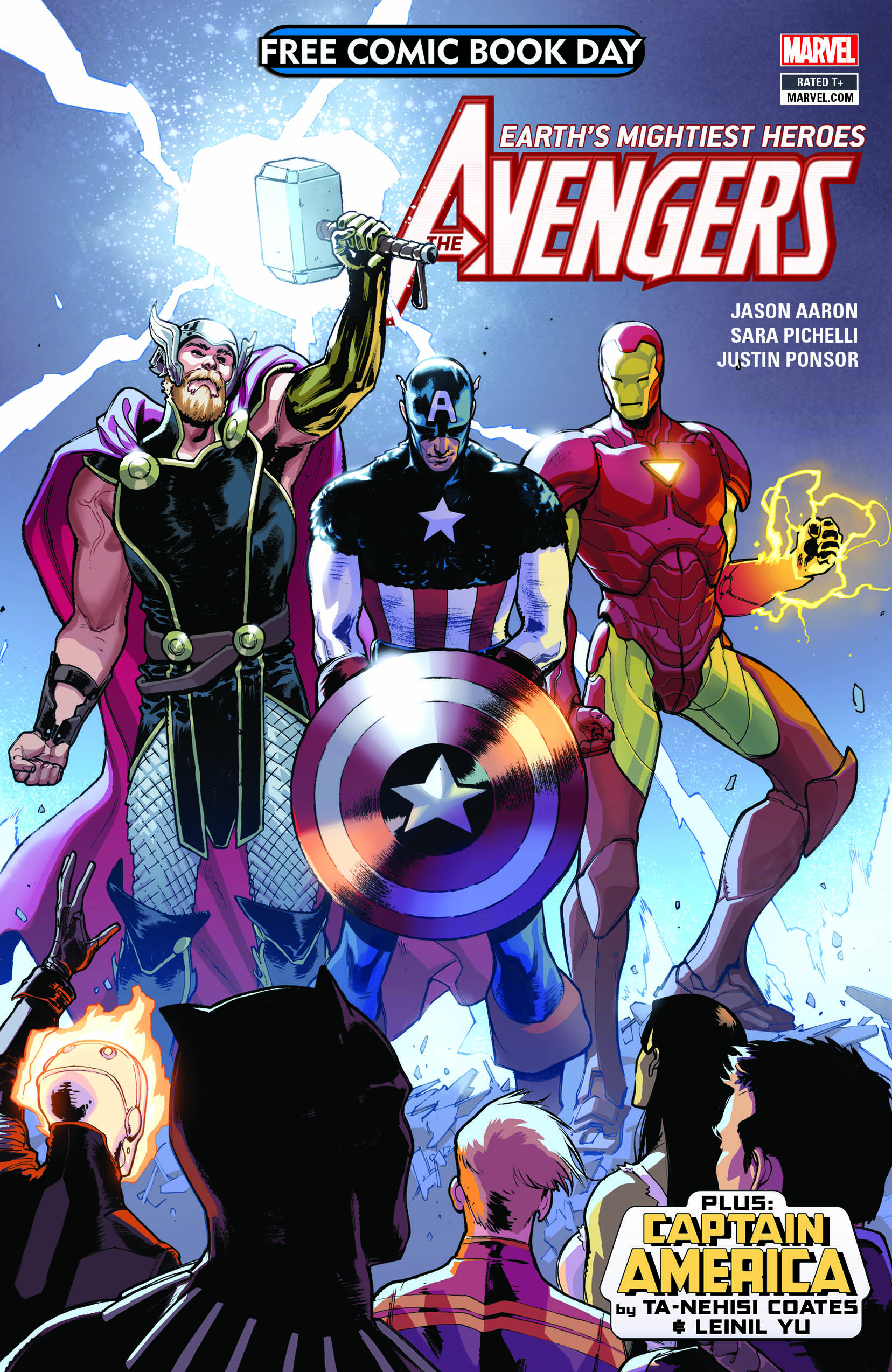 It does appear this new Avengers series will look to the storyline Jason Aaron kickstarted in Marvel Legacy #1. You can see in both of the variant covers, the ancient Ghost Rider riding on top of the Woolly Mammoth. The female Iron Fist is also prominent in Greg Land’s Variant while Odin is featured on Esad Ribic’s variant cover.

Do these covers get you excited for Avengers #1?