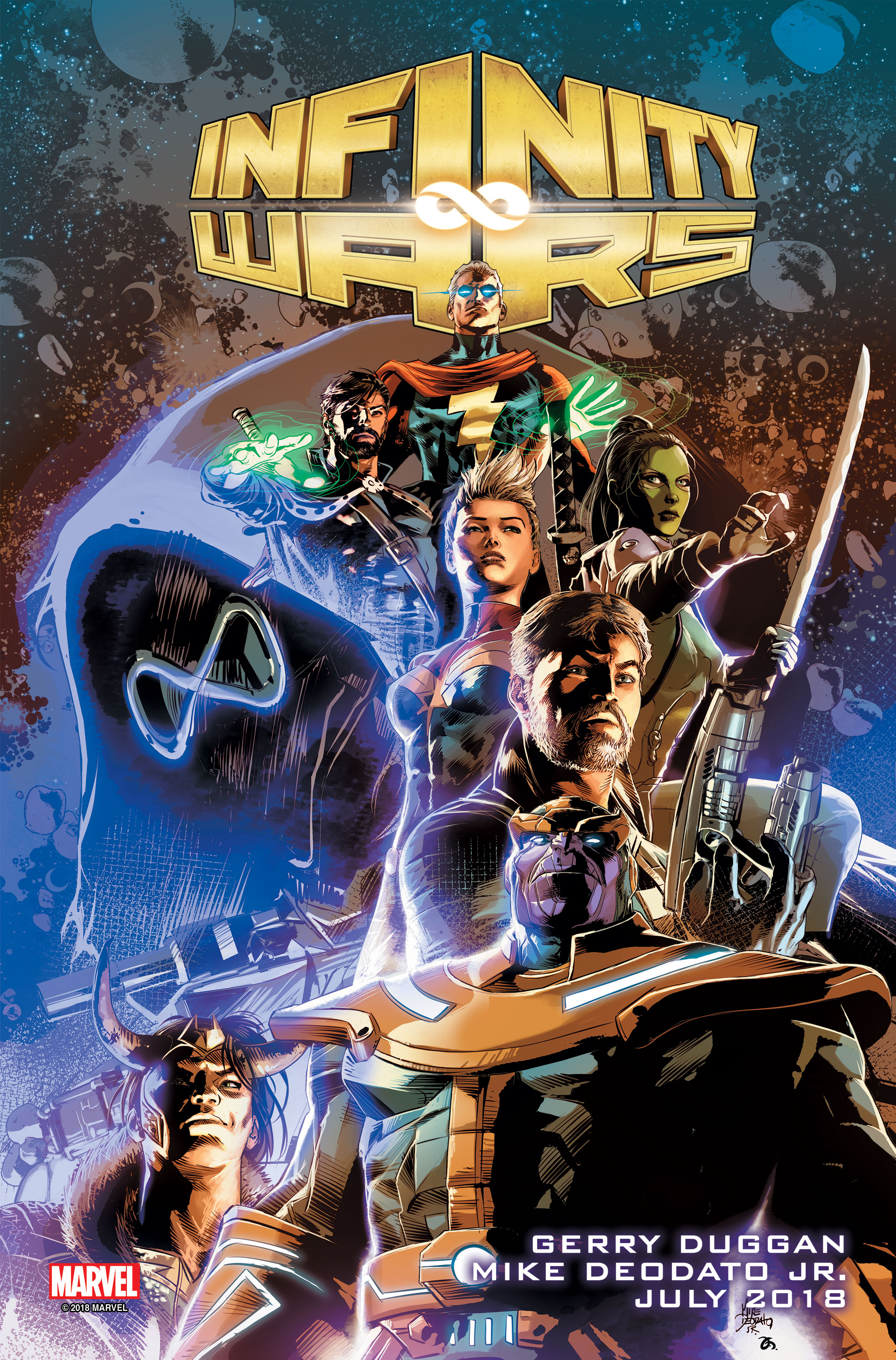 The new series will be written by Gerry Duggan, Mike Deodato Jr., and Frank Martin and is expected to drop in July of 2018.

From what little information we have on the series it appears to follow in the footsteps of Marvel’s current ongoing event series, The Infinity Countdown. The Infinity Countdown has just begun, but already Infinity Stones are being forcibly taken. We’ve seen Hank Pym straight up kill Magus in order to acquire the Soul Stone.

Wolverine has also abandoned the Space Stone deciding it’s better left in the hands of one of Marvel’s greatest spies, Black Widow.

Not only have we seen the Soul Stone and Space Stone change hands, but the Power Stone is under siege with a number of players attempting to take control of it. They include the Chitauri Warbringer and the Raptor Fleet. The only thing standing in their way is Drax and a small contingent of the Nova Corps.

Meanwhile the Mind Stone is in the hands of Turk Barrett and Super-Skrull controls the Time Stone. Interestingly enough, there are multiple Reality Stones controlled by different versions of Captain Marvel.

But while the Infinity Stones are changing hands and seemingly everyone in the Marvel Universe is searching for them, Marvel has promised us that a new weapon of destruction will be forged. One that is “like nothing the universe has ever seen.”

But there’s also a wildcard involved. Thanos is currently in the distant future where he has won. There are no other beings left in the Marvel Universe beside him. Well actually there are two Thanos’. It’s quite possible Thanos’ long life-span might allow him to create this brand new weapon when he returns to the current timeline. Either way Infinity Wars looks like its going to be an epic event with Gerry Duggan and Mike Deodato on board.

Are you excited about Infinity Wars?