New Kids on the Block!

Zachary Levi, David F. Sandberg, and Mark Strong have us all kinds of excited for the upcoming Shazam! film. Many were surprised that this particular superhero would be the next to get the live-action treatment, but Billy Batson has a rich history and a unique story. A story that DC Films, Warner Bros,. and New Line Cinema are hoping fans fall in love with. But the Shazam character is a weird one, because that wasn’t his original name. He was actually the original Captain Marvel, but due to a copyright issue with Marvel Comics the character was later called Shazam. Lucky for the fans, the two publishers have always been nice about the problem.

DC has been free to use the name so long as their not creating a brand new series under a Captain Marvel name. Captain Marvel even had his original name in the Grant Morrison comic Multiversity. The name isn’t just important for Shazam, it’s important for his entire family. Because even though Billy is a foster child, he has a growing family that all manage to get themselves magical superpowers.

So to prepare for the 2019 film, let’s get to know everyone in the Marvel Family! 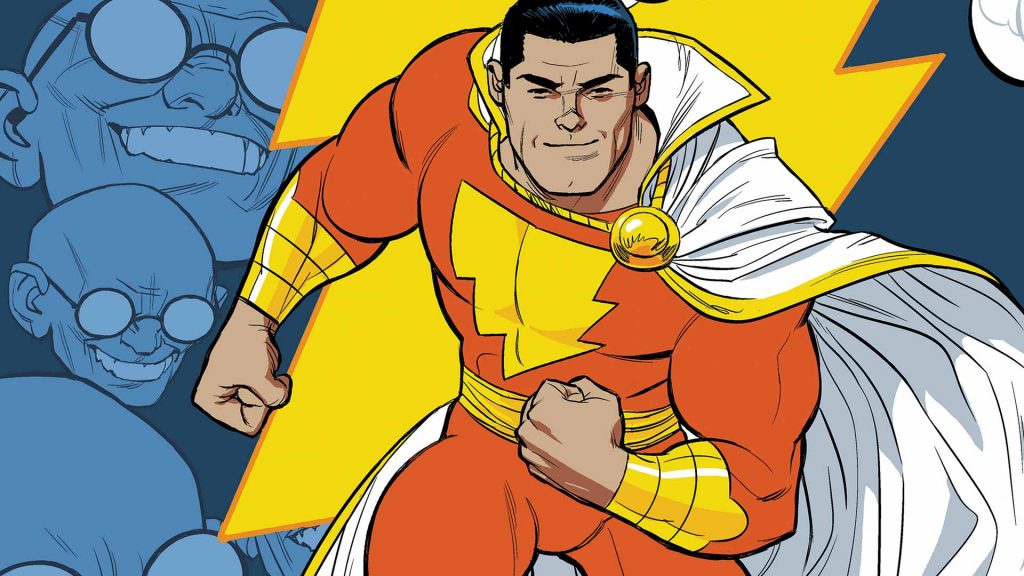 Zachary Levi is playing the main character of the upcoming film, Shazam. But as many know, the character was formerly known as Captain Marvel. For a very, very long time. Shazam is actually the name of the wizard that imbues Billy Batson with the powers of six gods, turning him into Captain Marvel. But you see, Captain Marvel fell out of print in the 50’s, and in the 60’s Marvel registered the name Captain Marvel for their new Kree-Hero. From then on the series was referred to as Shazam, which eventually became the characters name after the DC Comics revival known as The New 52. Billy Batson learns how to use his powers for the greater good in the best way. Expect Asher Angel and Zachary Levi to do a fantastic job of bringing the character to life. 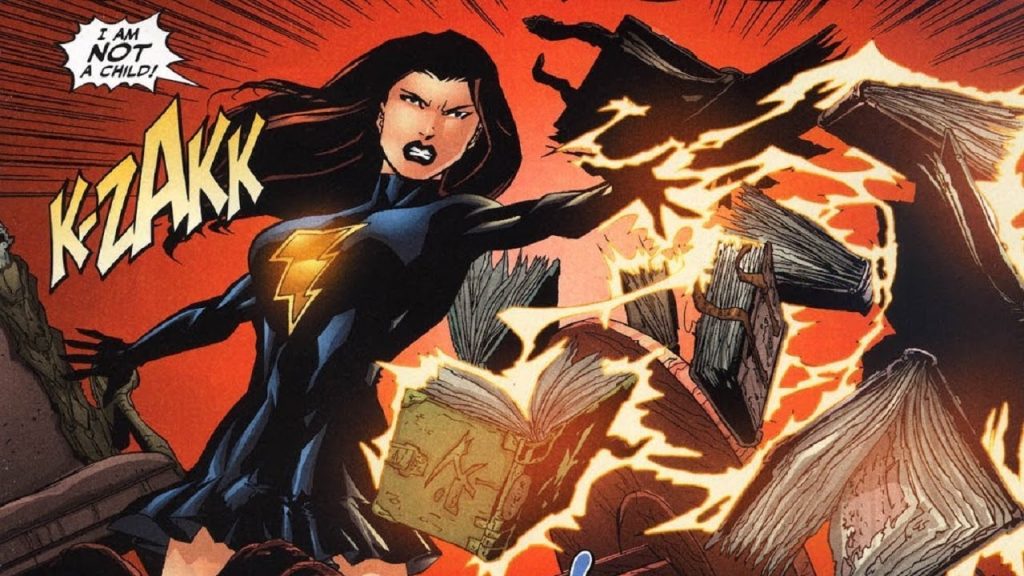 This could get very interesting. Mary isn’t quite as old as Billy, as she was created in 1942 while he was created in 1939. But they’re about the same age. Why? Because they’re twins! If Dr. Sivana is the original mad scientist, Mary is the original female version of a male superhero. That may not sound like a big deal, at first. But Mary is older than Supergirl by more than 10 years.

Mary Marvel will be played by Grace Fulton in Shazam! However her character is called Mary Bromfield so it’s possible she might not actually be Billy Batson’s twin in the film.

Junior is a bit older than Mary, as he was created in 1941. When he was originally created, his powers were unique. The entire Marvel family get their powers from the wizard Shazam, right? But Junior gets his powers from Captain Marvel himself. Instead of saying Shazam like the rest of the crew, he says Captain Marvel to obtain his god-like powers. While Freddy has often been the black sheep of the Marvel family, he’s also the one to have been featured on the most DC superhero teams. He was on the Teen Titans, The Outsiders, and even Young Justice. But since Shazam got a name change, Freddy got one too.

In some stories, Freddy is tragically crippled. But thanks to the powers of Shazam, he’s able to do whatever his heart desires! He was initially called Shazam Jr., but in The New 52 Johns had the character pick the name King Shazam instead. Despite being one of the core members of the family, don’t expect the hilariously named King Shazam to appear on-screen anytime soon. However, Freddy Freeman will be in the movie. He is played by Jack Dylan Grazer. 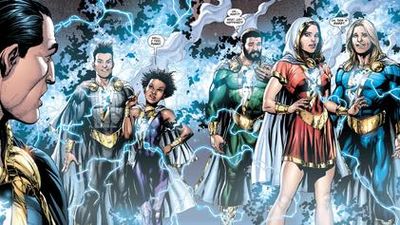 Left to right: Eugene, Darla and Pedro then Mary and Freddy – The Shazam Family in “Justice League” – Art by Gary Frank – DC Comics

Unfortunately, not much is known about the other foster children in the Marvel family. Shazam hasn’t had his own DC series in years. But it’s not like fans haven’t been asking for it. The character was added to the Justice League in The New 52, with his back-story and origin taking place in the back pages of the Justice League comic written by Geoff Johns. Johns created these three new additions to the Shazam family to add some much-needed diversity. Helping the group to reflect what a real foster family looks like. Eventually, the entire family obtains the power of Shazam. Those powers allow the group to help their brother, and the League, in the above story.

Unfortunately, that was the end of it. There was no real follow-up. As many DC fans and readers know, Geoff Johns has a TON of stories that he has yet to get to. A proper Shazam/Captain Marvel series is one of them. 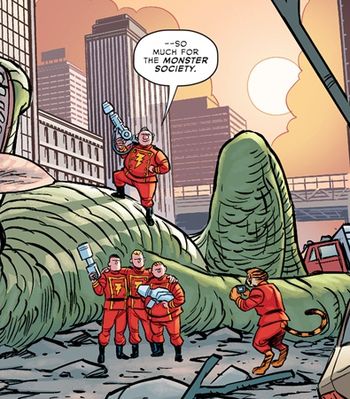 The Lieutenant Marvels in “Multiversity” – Art by Cameron Stewart

The final entry in the Captain Marvel family is, by far, the weirdest. Originally, the Lieutenants were created in 1941. They were three characters who were all granted the powers of the wizard Shazam. Simple enough. Except, all three were named Billy Batson…There’s Tall Billy, Hill Billy and Fat Billy. And no, that’s not a joke. But when Grant Morrison resurrected the team for his Multivesity series, he had another idea. He made the group a more diverse, funny set of gentleman that aid the Captain Marvel family whenever they can. They may end up looking more like buffoons than heroes, but they were still a colorful addition to an already big family.