Guardians of the Galaxy star Michael Rooker, who plays Yondu in the Marvel Cinematic Universe, stopped in at Awesome Con 2018 in Washington, D.C. to take part in a Question and Answer session.

If you’ve never been to a Michael Rooker Q&A it’s very different from your typical fanfare at Comic Cons. Rooker jumped off the stage and went straight into the audience to let fans ask him questions face to face. 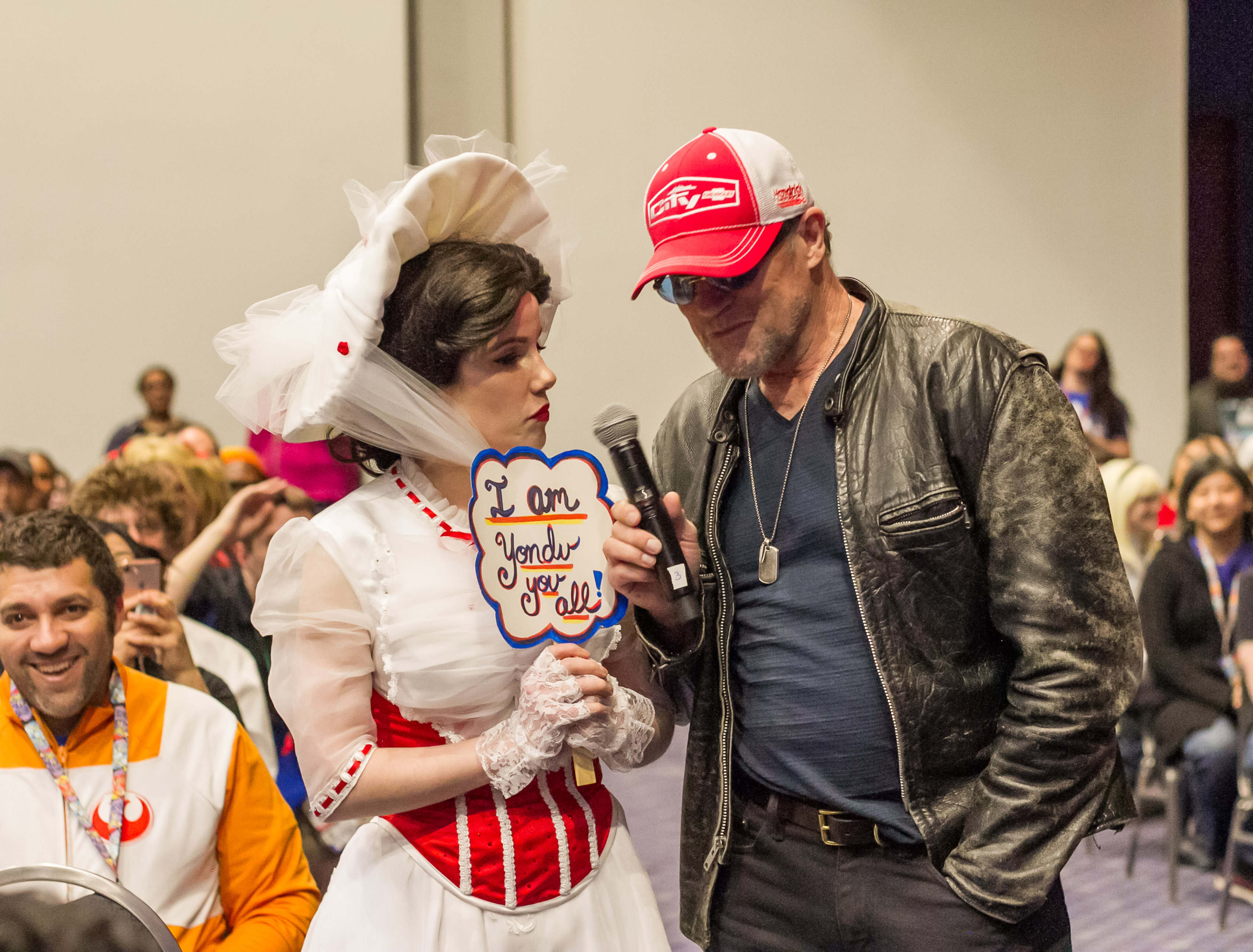 The first question might have been the best, the fan asked Michael Rooker just how Yondu would take on Thanos.

Rooker had a pretty great response, “I’d shoot my arrow…when he’s not looking. Preferably by surprise. I wouldn’t want to go head to head with him. He has the thing, the thing (referring to the Infinity Gauntlet).  Yondu’s arrow is pretty formidable, but the stones. Oh man. That’s power. That’s raw awesome power. He’s going to wield it very soon. I hope you all go to the movies and see.”

Is that how you see Yondu taking on Thanos?

Unfortunately, it’s more than likely that Yondu won’t show up in Avengers: Infinity War because he met his demise in last year’s Guardians of the Galaxy Vol. 2. Yondu sacrificed himself in order to save Peter Quill after they blew up Ego’s planet.

Yondu’s body was then incinerated as he received a Ravager Funeral in a scene that would make Kevin Smith cry.

However, it’s not unheard of to see superheroes return from death. In fact, with the Infinity Stones at play it’s likely Yondu could be returned to life with either the Soul Stone or the Time Stone. It’s even possible an alternate version of Yondu could be brought in from another Reality with the Reality Stone.

And even if those aren’t used to bring back Yondu, we might get a prequel movie showcasing the Ravagers which were shown in Guardians of the Galaxy Vol. 2 led by Sylvester Stallone’s Stakar Ogord. Other members of the Ravagers included Martinex, Charlie-27, Mainframe, Krugarr, and Stakar’s wife Aleta Ogord.

Guardians of the Galaxy director James Gunn has hinted there is already discussion about a Ravagers movie, “There’s always discussion with Ravagers — it would be The Ravagers. It’s always a possibility. I would be excited.”

Would you want to see a Ravagers prequel movie?