April Fool’s Day is an old tradition that can get a little…tired. Some people take it much too seriously, playing horrible pranks on friends that go awry. But sometimes, people just like having a laugh. Or announcing fake projects. Or trying to act like trolls just to get a rise out of people. Harmless fun that everyone can enjoy. For the last few years, a lot of companies having been using the “holiday” as an opportunity to have a little fun. Announcing fake projects, films, creative teams, and more.

This year seemed particularly fun. A LOT of websites, creators, and studios decided to have fun with fans around the world, and it was great! But just what were the best trolls, the best tricks? These are the five best pranks from April Fool’s Day!

Reddit is one of the most important websites in the world. Responsible for a lot of the memes, gifs, and content that makes up…well, the internet. So, for April Fool’s day the mods for the Movies subreddit decided to have a little fun. Creating More than a few fake AMA’s for celebrities. Each of which was more hilarious than the last. Here’s The Rock talking about Rampage, and nothing more.

I am Dwayne "The Rock" Johnson, here to answer all your jabroni questions about RAMPAGE and what I was cooking this whole time. AMA from movies

Here’s Wes Anderson talking about how his films are the only reason any of his actor friends have careers.

Wes Anderson here. Isle of Dogs is out now. Ask me a question? Or don’t. from movies

Oh, and not to mention an overly aggressive Rian Johnson who isn’t taking too kindly to fans talking trash about Star Wars: The Last Jedi.

I am Rian Johnson, director of Star Wars Episode VIII: The Last Jedi. Heard you guys were talking shit. AMA from movies

Speaking of Rian Johnson. The director was the “target” of a particularly good troll yesterday.

It might not look like it now, but this Twitter user @poesdameron had some fun yesterday, when they changed their entire persona to match Rian Johnson’s twitter. The background, the profile picture, and even the twitter handle was changed to @rianjohnsn, just a one letter difference from that of the Star Wars: The Last Jedi writer and director.

At the time, the tweet had more than a few people convinced that it was Rian himself who was making the joke. That obviously wasn’t the case. Never the less, it was a wonderful trolling that tricked more than a few fans. Well done!

Gary Frank is currently illustrating a follow-up to the Watchmen story entitled, Doomsday Clock. It’s a great story about bridging the Watchmen world with the DC Universe. Even though he didn’t really make it out of the first story, a new Rorschach emerged for the sequel. So, Gary Frank decided to poke fun at his latest project and characters with his contribution to April Fool’s: a brand new design for Rorschach.

Today seemed like a great day to hint at the new look Rorschach. pic.twitter.com/cg4lL9cLRh

You know what Rorschach’s always needed? Tights and a cape! This one didn’t have anyone fooled, but it was undeniably hilarious. 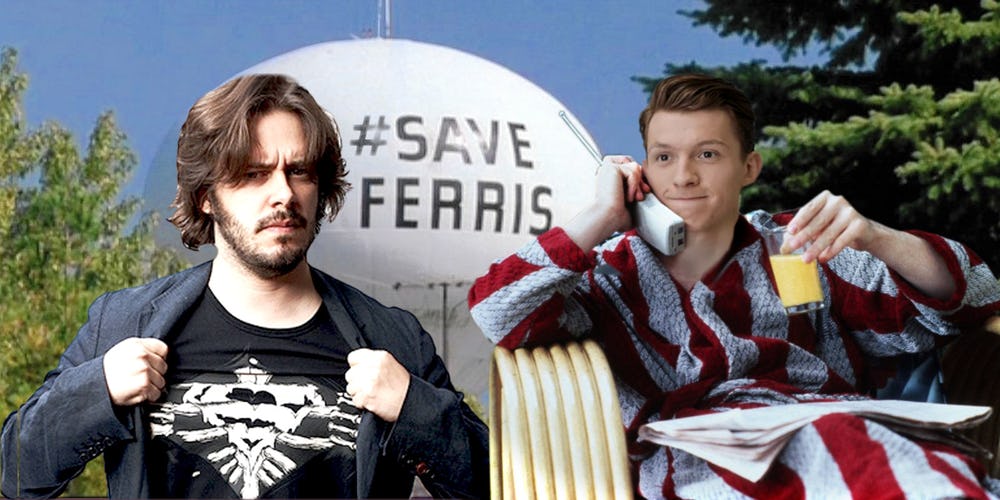 Screen Rant was the responsible party for this next joke! They put together a wonderful article detailing a remake of the famous John Hughes classic, Ferris Bueller’s Day Off. There actually has been talk of a pseudo-sequel to the film, but Screen Rant announced a full-blown remake starring Tom Holland and directed by none other than Edgar Wright.

The final and possibly best April Fool’s Day joke is a simple minute long video. But when that video stars Seth Rogen, expect greatness. In this hilarious satire on contracts, Netflix and even Rogen himself reads the bottom-line about the contract he signed with the video streaming service.

When the jokes are about making people laugh instead of making people feel uncomfortable, plenty of fun is had by everybody. Hopefully, studios and creators continue to make a fun push for the Holiday.

What were some of your favorite April Fool’s Day jokes?