Shazam! actor Zachary Levi had enough of fans hating on his Shazam suit.

Levi went live on Instagram over the weekend to answer a number of fan questions. One of the questions that came up was, “Why the crap suit?” Levi’s wasn’t having any of the hate in his answer:

“Wow! Okay. Well, I don’t think it’s a crap suit. I think my suit is f****** bomb to perfectly honest. And I know there hasn’t been an officially released photo yet, but there have been incredibly high quality photos that have been released. And I think that any of you people out there who are still hung up on what the suit looks like are just wanting to be angry for angry sake. I think you are very insecure you are probably dealing with some stuff in your own life and you feel a little powerless and I’m sorry that you do. Wherever you’re at and whatever you’re going through, I’m sorry that you are going through that. But I do think you should probably take a second and reflect on why you are as negative as you are at about maybe anything in life and then relook at the suit and go, ‘Actually, hey, you know what they are trying really hard to make something that’s awesome and pleases a lot of different people because Captain Marvel has been around for a really long and has had a whole bunch of different iterations of suits. So, you can’t win them all, but you can at least hope people will give you a fair shake. So, for any of you out there that still don’t think you’ve been given a fair shake and don’t want to give us a fair shake well, then sucks to your assmar. I don’t know what to tell you.”

You can watch his whole response below:

Zac just killed the ones who keep trashing the shazam suit. “I think my suit is fucking bomb” I FUCKING ADORE HIM!!!!! pic.twitter.com/wv0UHxcl7O

I think the Captain Marvel suit actually looks pretty good. It’s got a little bit of Gary Frank’s design in it. 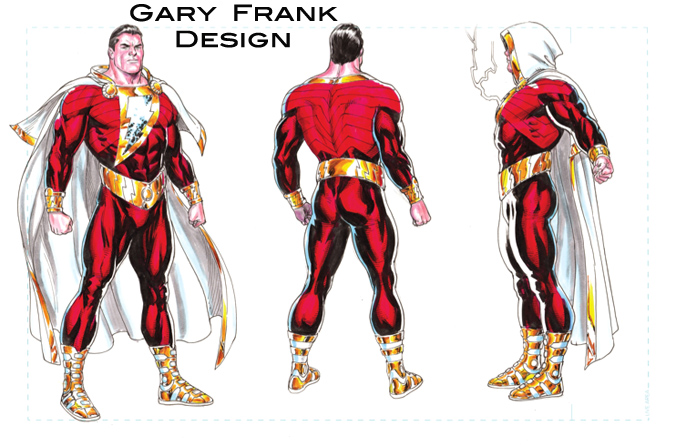