Marvel Comics announced a brand new comic book series, Extermination, this morning. The series will be written by Ed Brisson and Pepe Larraz and is expected to debut in August of this year.

Based on the cover by Mark Brooks it’s definitely going to be an X-Men centric book and is most likely an X-Men event book. The cover features Marvel Girl, Iceman, Beast, Angel, and Cyclops. 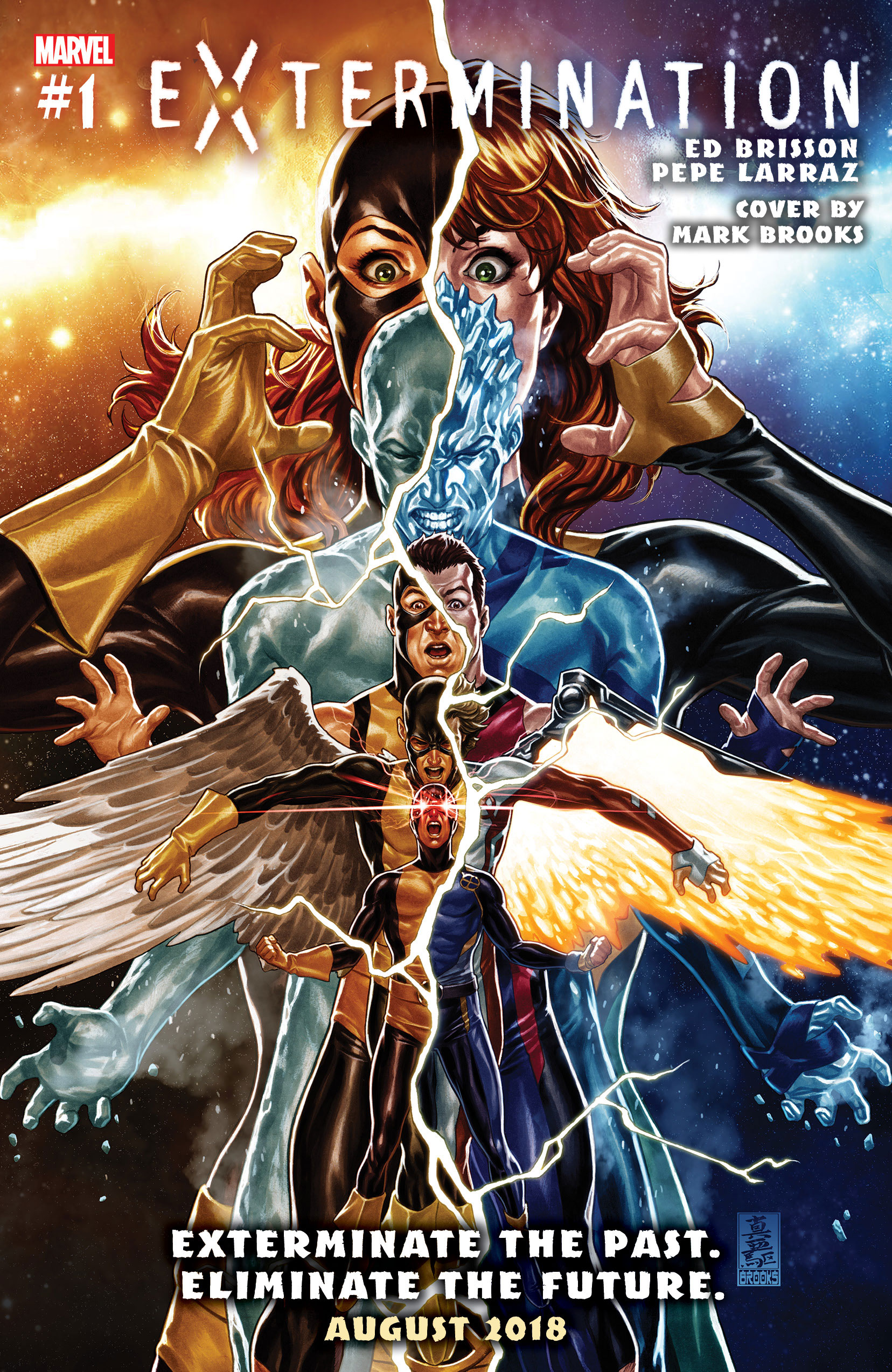 The series tag line reads, “Exterminate the Past. Eliminate the Future.”

Given the tagline this X-Men event book might actually try and rework the absolutely convoluted X-Men timeline. The X-Men can be extremely confusing for new readers as there are multiple versions of each of the characters from different timelines and sometimes alternate dimensions. Trying to jump in can definitely be overwhelming. If this event comic promises to narrow the cast of characters and actually make the X-Men timeline manageable I’m all for it. Plus, given the cover features the original X-Men lineup it’s quite possible it will do just that.

What’s even more interesting about the cover is it features Cyclops. Cyclops recently returned to the X-men lineup in Phoenix Resurrection, but he was immediately killed right after coming back to life.

The @Marvel team out at @c2e2 in Chicago later this week will be me, @TomBrevoort @rickeypurdin & @cracksh0t. There will be plenty of panels and portfolio reviews! Please drop by and see us at the booth. Looking forward to meeting you all!!

What do you think we can expect from Extermination?