The poster was created by Matt Ferguson which he debuted last May in the lead up to Guardians of the Galaxy Vol. 2. Take a look:

Just for fun & for you. The Star-Lord Saga Continues… my GOTG Vol. 2 poster inspired by Roger Kastel’s iconic Empire Strikes Back poster. pic.twitter.com/Hcn0X1Q30u

The poster features all of the Guardians of the Galaxy including Rocket Raccoon, Baby Groot, Star-Lord, Gamora, and Drax. It also includes Yondu and Nebula. Star-Lord’s Milano and Kurt Russell’s Ego the Living Planet are also featured.

The poster is modeled after the iconic Star Wars: The Empire Strikes Back poster which features Han Solo looking down on Princess Leia while Darth Vader loom in the background. In the foreground Luke Skywalker rides on a Tauntaun. To the left of Luke stand Chewbacca, C-3PO, and R2-D2. And just above Darth Vader’s eye are a trio of X-Wing firing off their weapons. 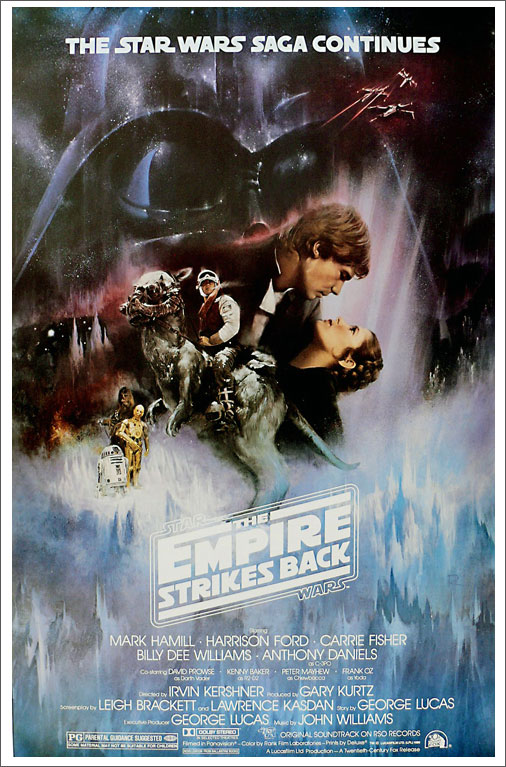 It’s a pretty phenomenal piece of artwork homaging one of the most iconic pieces of Star Wars art created for The Empire Strikes Back.

The Guardians of the Galaxy look to play a major role in Avengers: Infinity War. However, it looks like they won’t be sticking together. Based on the trailers it appears Rocket Raccoon and Adolescent Groot will team-up with Thor in order to aid him in forging a new weapon to give the heroes a chance against Thanos. The other Guardians appear to team up with Iron Man at some point. We’ve seen Gamora telling Tony Stark about Thanos and we’ve also seen Star-Lord and Drax coming up with a plan with Iron Man and Spider-Man to defeat Thanos. It’ll be interesting to see how the characters operate with each other as they are separated from the rest of the compatriots.

The Guardians of the Galaxy take on Thanos with the Avengers in Avengers: Infinity War on April 27, 2018.