**Warning Spoilers for The Punisher #223 Below**

In the pages of The Punisher #223 written by Matthew Rosenberg with art by Guiu Vilanova, Frank Castle has stolen the War Machine armor at the behest of Nick Fury. Fury then tasks him to take out General Petrov, who has recently taken over the country of Chernaya in a military coup.

As you can expect with Frank Castle, he does a little more than just take on the mission. He absolutely devastates the entire county of Chernaya in his quest to reach General Petrov. In fact, he’s even had to take down a number of former S.H.I.E.L.D. agents who sold out to work for Petrov and who have their own War Machine like armor. Frank showed them no mercy by exploiting their incompetence when one of the soldiers left his visor down. He stuck a plastic explosive inside the mercenaries helmet and then quickly closed it. The result was a very gory death.

While Frank was able to take down a number of the S.H.I.E.L.D. agents he still hadn’t got his hands on Petrov.  Until now. But there’s a big twist. Frank’s War Machine is armor is rendered useless and he has to face Petrov as The Punisher. It doesn’t look good for Frank when Petrov shows up with his own War Machine armor.

But Frank being Frank he knows just how to defeat Petrov and he starts with taking out one of his eyes. He proceeds to tell Petrov just how much he underestimated him, “Funny thing about you saying you wear the same type of suit as me…it reminds me I know where the weak points are. I’ll take you apart piece by piece if I need to.” 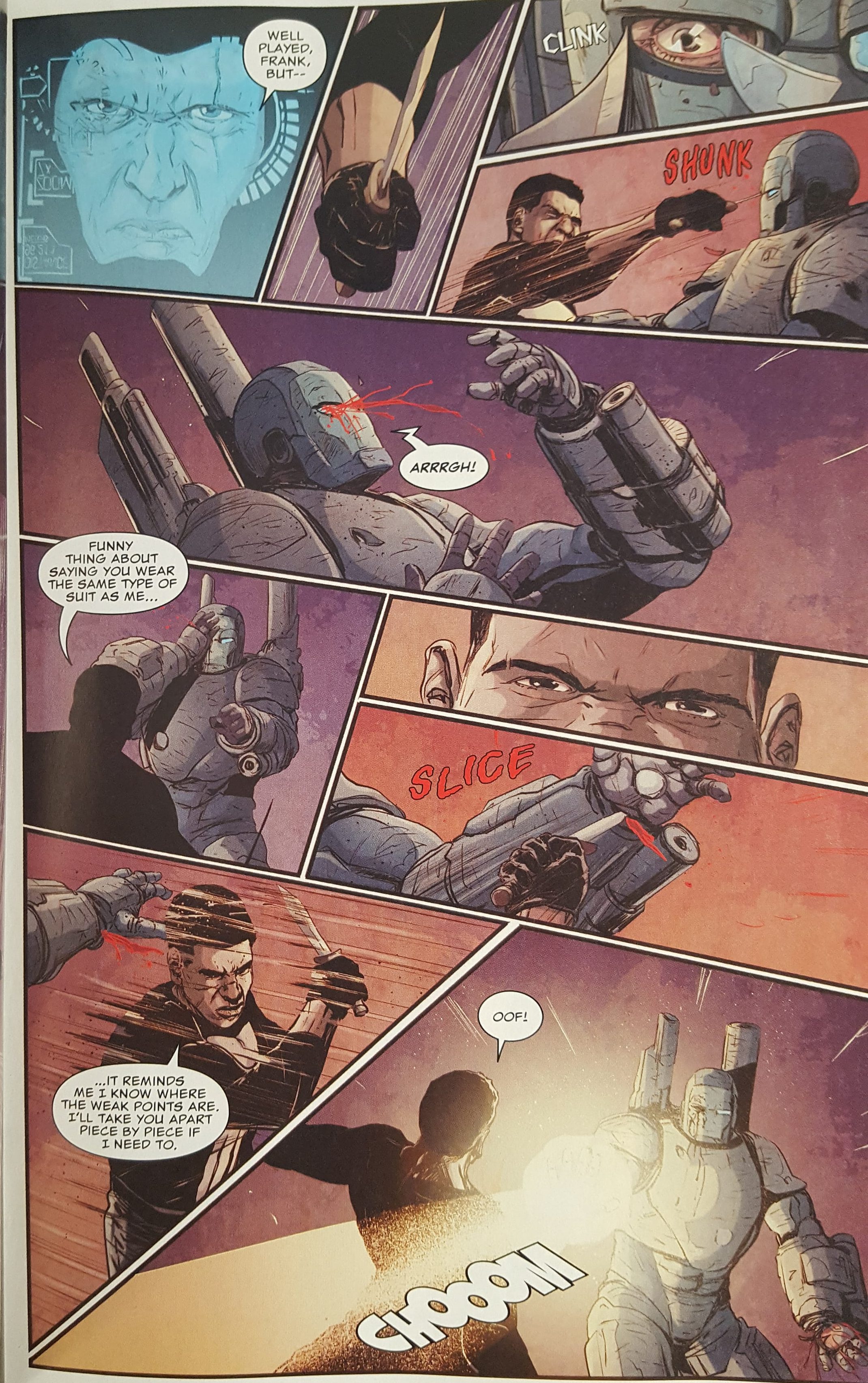 Frank keeps that promise. He slices Petrov’s hand off. 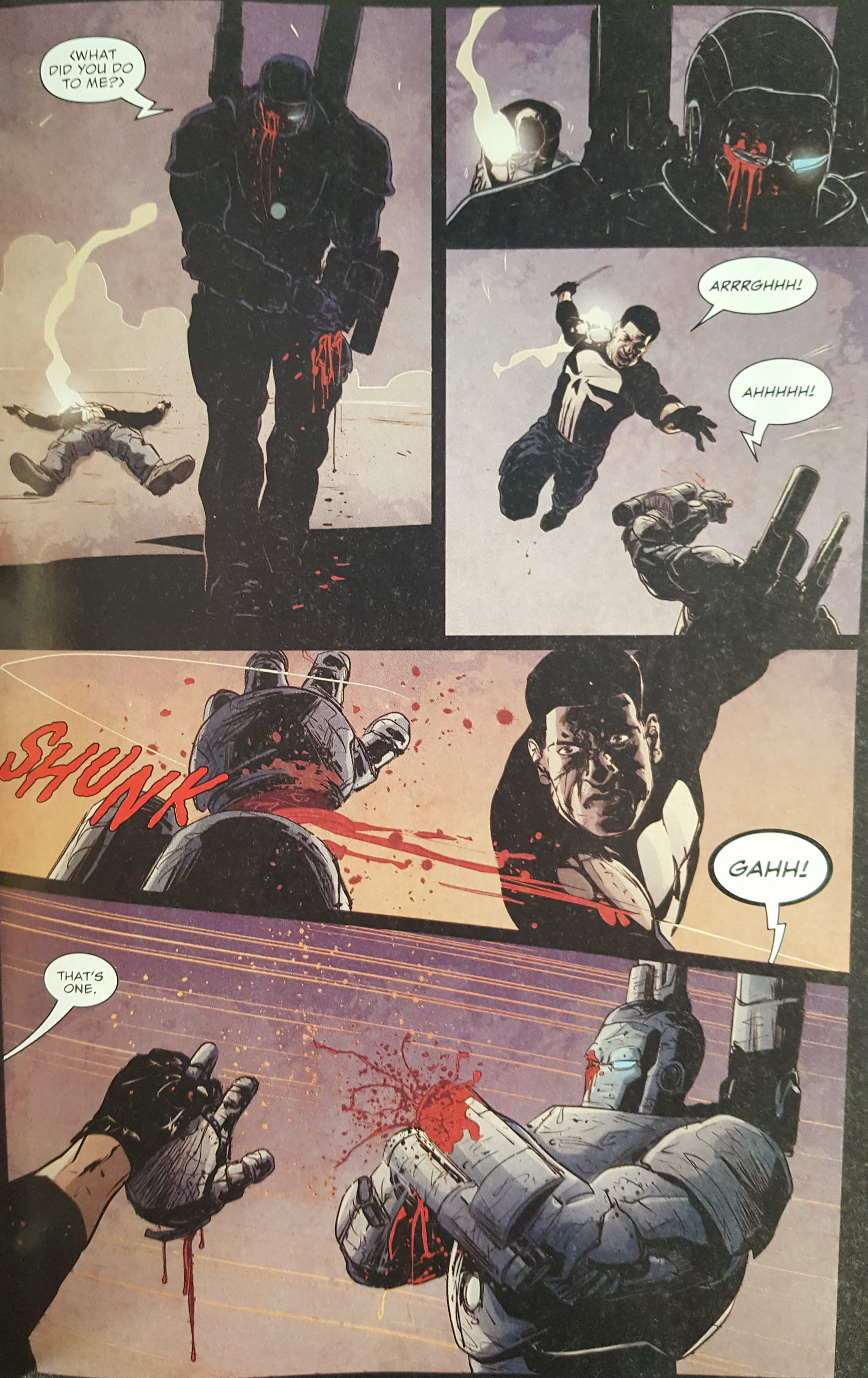 Frank would continue to surgically attack Petrov and his War Machine suit until he claims victory.

While Frank’s not defeating Iron Man here he does show off how he would do it. He would discover weaknesses in the suit and then exploit them by targeting the man inside. Tony Stark better hope he never gets on Frank Castle’s bad side!