Clint Barton a.k.a Hawkeye has been completely missing from all of the Avengers: Infinity War promotional material. It’s wildly surprising giving the character is one of the original Avengers in the Marvel Cinematic Universe alongside Black Widow, Hulk, Iron Man, Captain America, and Thor.

The only hint of what Hawkeye has been up to was in the Avengers: Infinity War prelude comic where he tells the team he’s going to return to his family. In fact, he says, “This has been fun, but believe me when I say that I am officially retired now. You’ve got to enjoy the time you’ve got with the ones you love while you have it.” 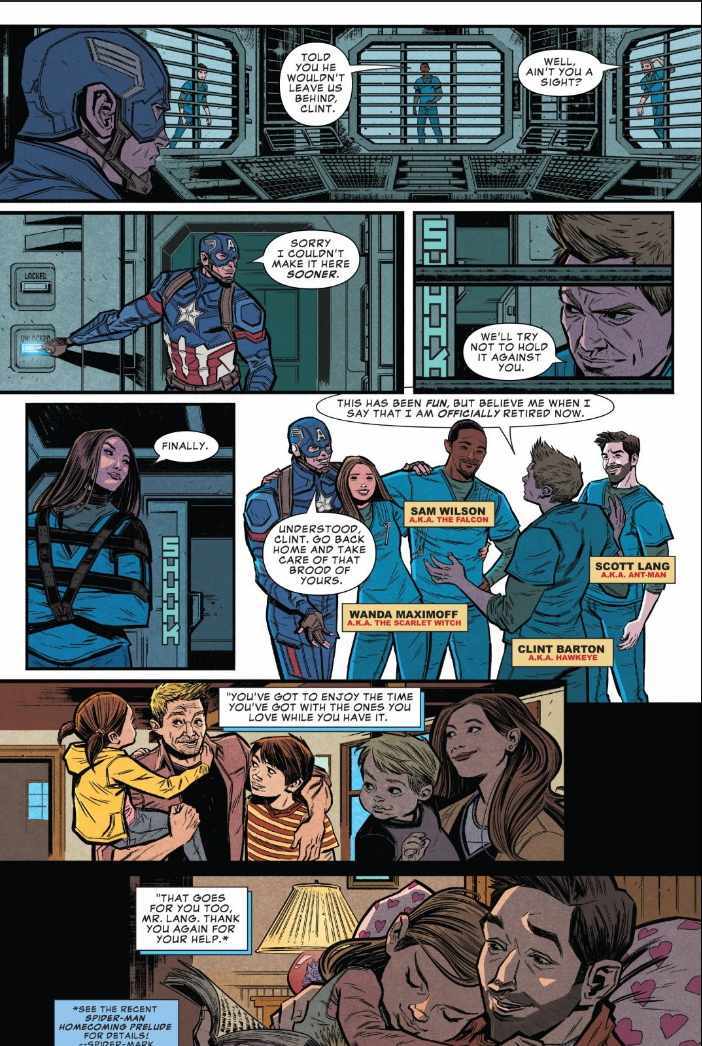 It’s more than likely he won’t be staying in retirement. Avengers: Infinity War co-director Anthony Russo spoke to Total Film about Hawkeye, “All will be explained when people see the movie. It’s all tied into the story.”

That’s not much to go on, but it does appear to once again confirm that Hawkeye will show up in Avengers: Infinity War. In fact, Total Film reports they saw Jeremy Renner on set, “He’s rocking a snazzy new look, complete with mohawk.” Leaked set photos confirm this look and also hinted he might take on the Ronin persona. However, those leaked photos were believed to be from Avengers 4. It’s possible they might have been for Avengers: Infinity War given the two films were essentially shot back to back.

While Hawkeye has been deliberately left out of promotional material that hasn’t stopped a number of fans of forcibly inserting him into the promo material. We’ve seen Hawkeye take over official Avengers: Infinity War posters, get his own Entertainment Weekly cover, and even a poster that hints that he could be connected to the missing Soul Stone.

Why do you think Hawkeye has been left out of the promotional material?