A brand new Deadpool 2 poster just dropped and it shows Deadpool hanging out with his new best friends Cable and Domino. Well, they might not actually be friends. In fact, Deadpool is having a little fun with Josh Brolin’s Cable as he sticks his hand in his ear in what I can only imagine is Deadpool giving the cute, lovable Cable a wet willy. Meanwhile Domino just looks straight pissed as she stares at the camera with her arms crossed. 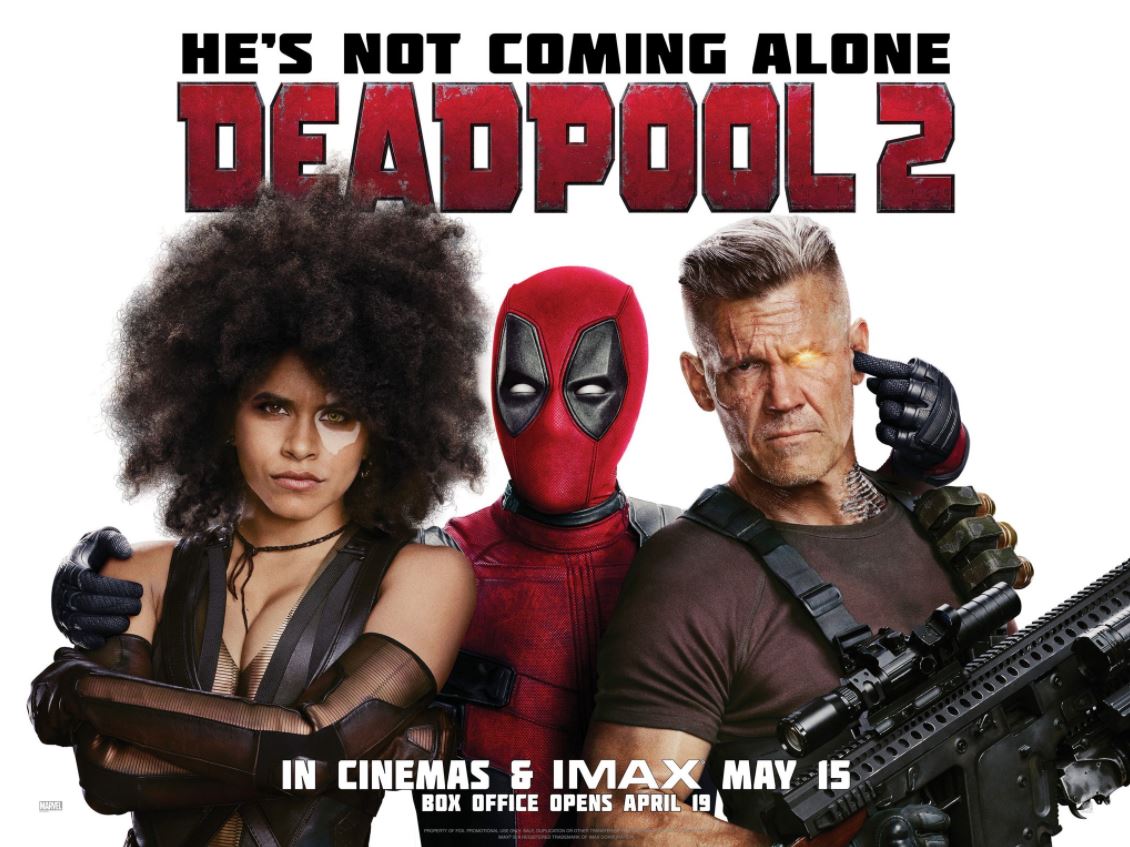 Along with hanging out with Cable and Domino, the poster features the tag line, “He’s not coming alone.” That might be the biggest understatement given the most recent trailer.

The trailer shows that Deadpool is going to be putting together the mutant superhero team known as the X-Force. The members appear to include Domino played by Zazie Beetz, Bedlam played by Terry Crews, Shatterstar played by Lewis Tan, Surge played by Shioli Kutsuna, Rictor or Zeitgeist played by Bill Skarsgård, Pete Wisdom portrayed by Rob Delaney, Colossus played by Stefan Kapicic, and Negasonic Teenage Warhead played by Brianna Hildebrand. And while the trailers hint that Cable might be the primary antagonist, I wouldn’t be surprised if Deadpool and Cable eventually end up teaming up to take down Jack Kesy’s character who was cast to be the villain. It’s unclear who he is playing, but the prominent theory is Black Tom Cassidy. Although other speculation has pointed to the Juggernaut showing up.

It’s possible both characters might appear. Black Tom Cassidy is a mutant criminal who was the Juggernaut’s former partner. The two would work together to seek revenge on Tom’s cousin Sean Cassidy also known as the X-Men hero Banshee. His powers include the ability to channel blasts of heat through wood. He primarily used his shillelagh to use his powers. He would eventually be exposed to a plant substance to help his body heal after an altercation at the World Trade Center. The substance would take over his body turning him in a plant man with plant powers.