**Warning Spoilers for Captain America #700 Below**

Fortunately, Captain America is unfrozen and leads a resistance against Rampart which successfully defeats them in Nebraska. However, with Rampart’s fall, the United States appears weak. foreign foes including Russia have launched an invasion and are pushing Captain America and his New America republic to the brink. In fact, Captain America can no longer keep America safe. New York City is hit with a nuclear strike.

The destruction of the city and deaths of millions of people push Captain America to travel back in time to prevent Rampart from ever freezing him and taking control of the country.

The time travel doesn’t work as planned. He returns to see his older self being frozen by Rampart. But he’s determined to foil Rampart’s plans. He launches an attack on Rampart. And while Captain America makes short work of Rampart’s forces, their leader Babbington has other plans. He begins a countdown for a nuclear missile launch.

Captain America does everything in his power to prevent the nuclear missile from launching. He leaps onto the missile just as it launches. 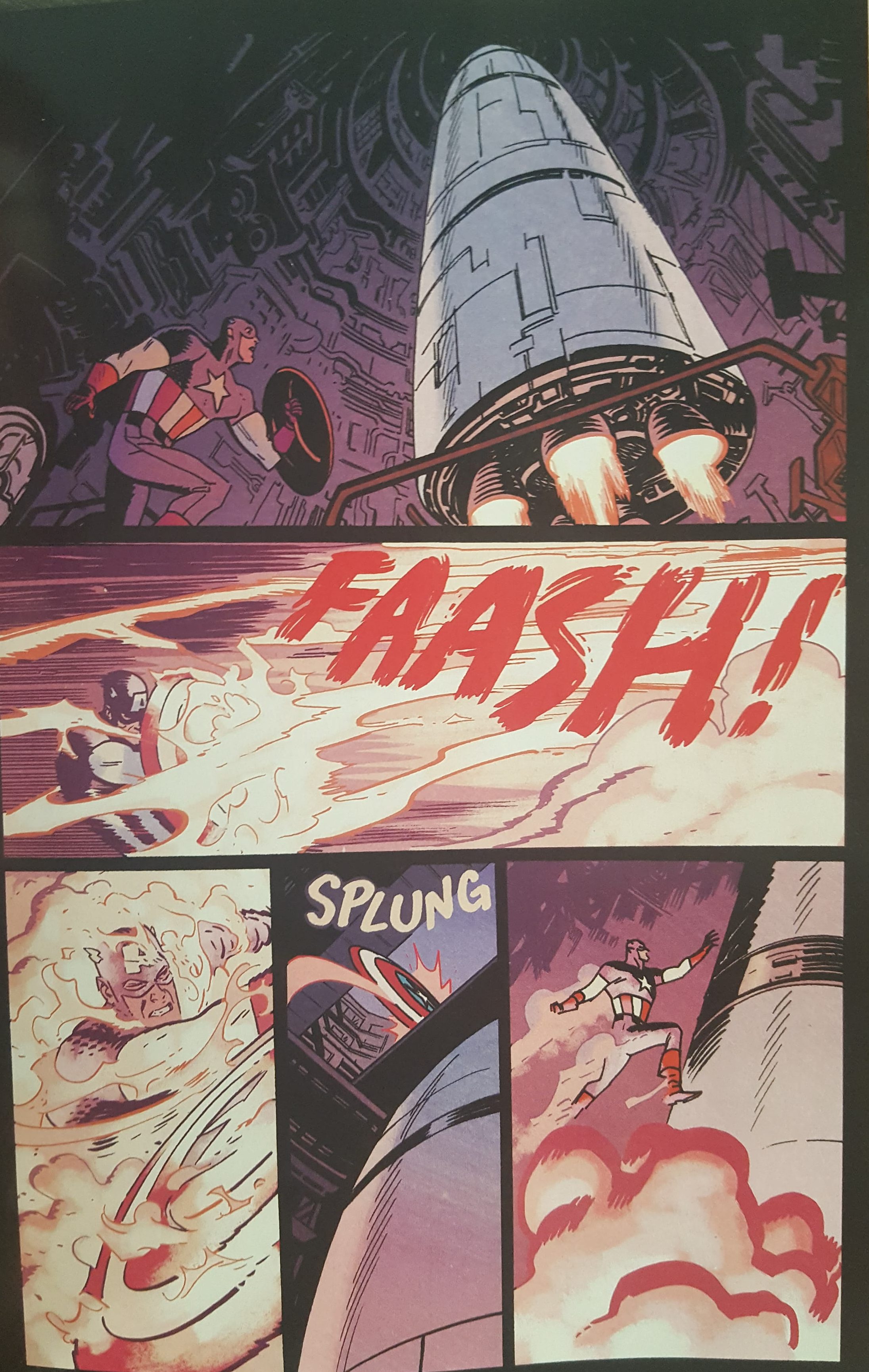 Despite suffering severe burns from the missile, Captain America relentlessly continues to stop the missile from reaching his target. He eventually rips panels off the missile and begins tearing at its insides. It works. The missile explodes, blows up the Rampart ship, and kills Captain America in the process. He paid the ultimate price for his country and prevented it from falling into the hands of Rampart. 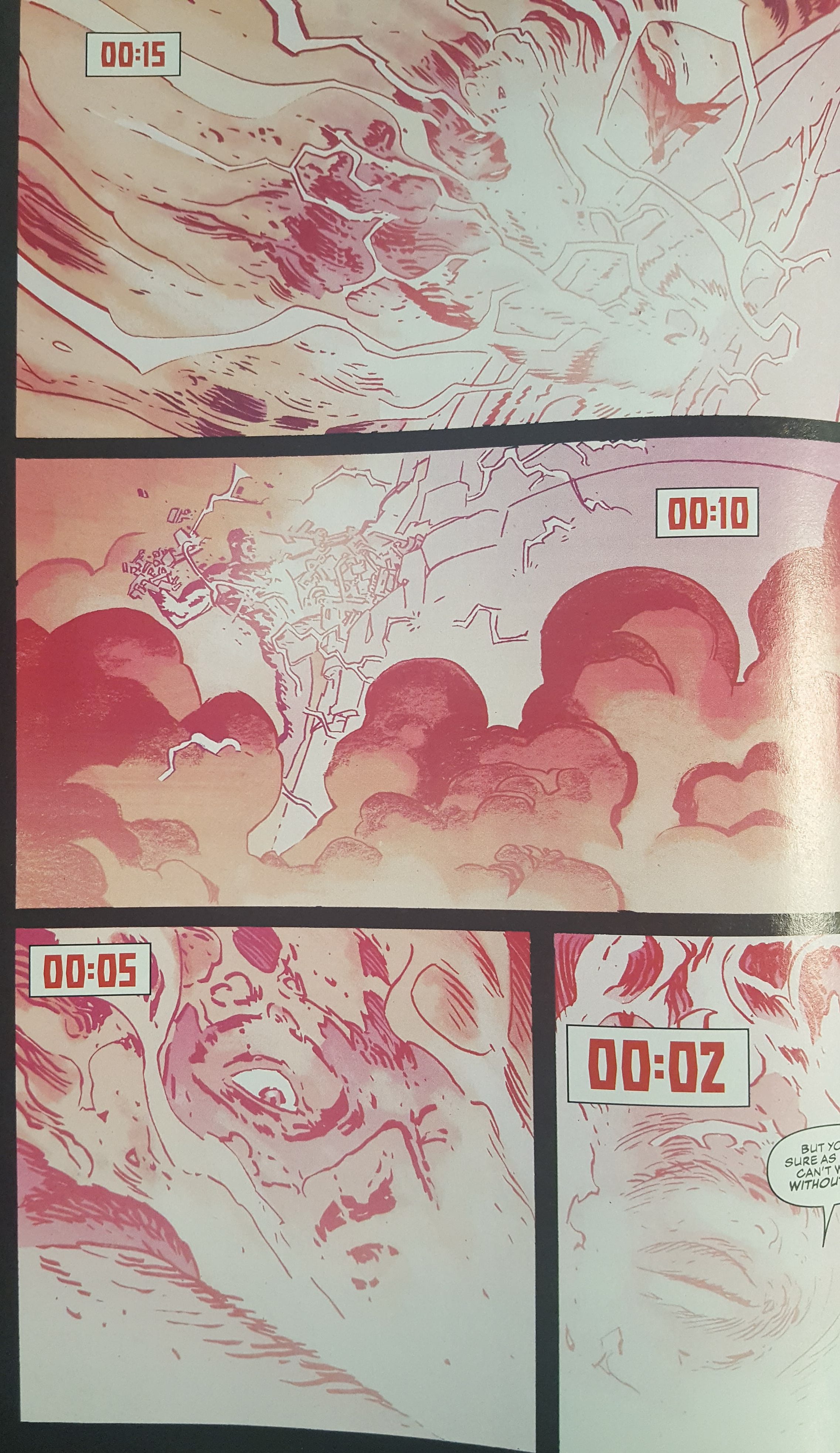 But if you think Marvel just killed off Captain America, they did. But there’s another Captain America. The one who was frozen. Due to the explosion the ice is broken and he breaks free. 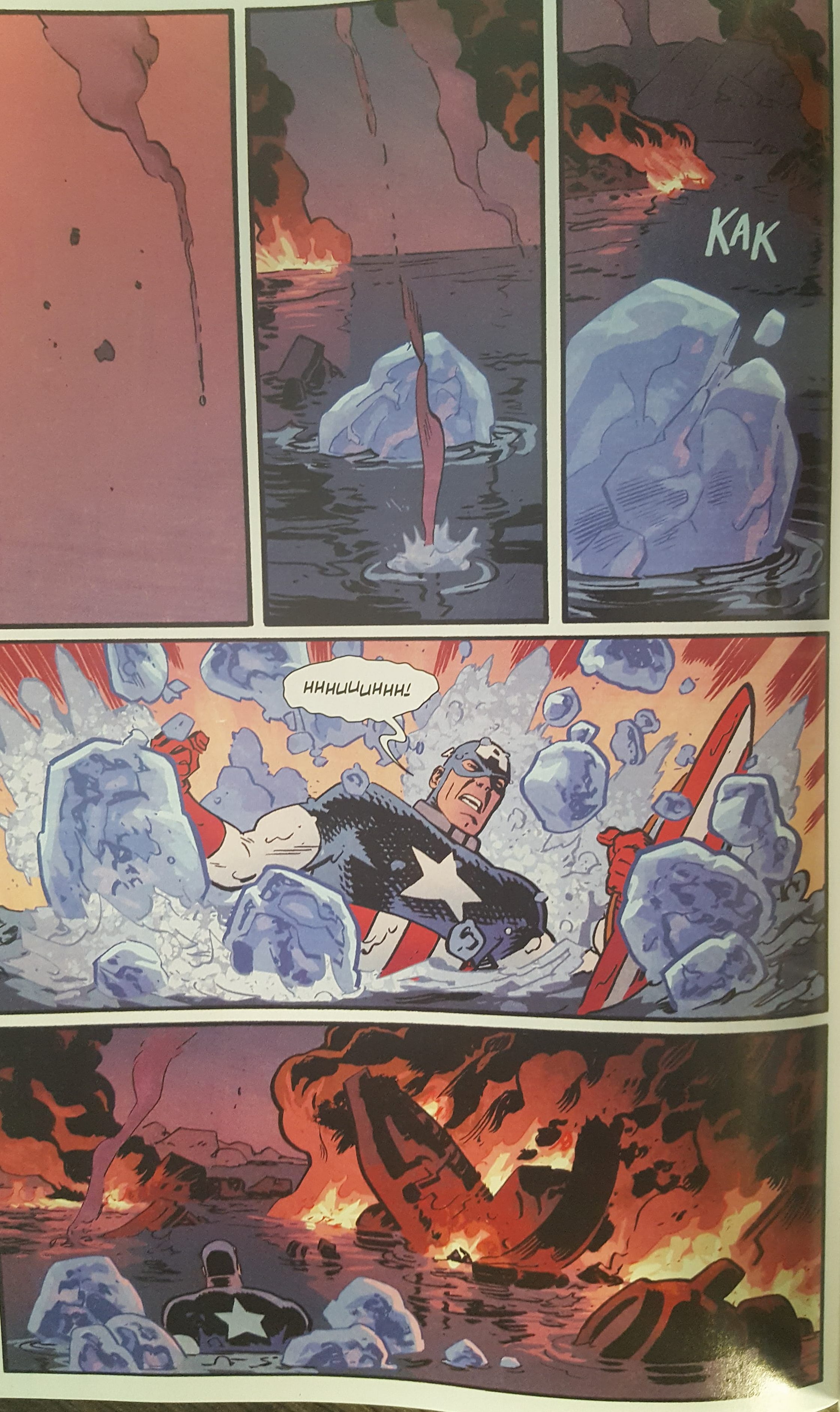 Captain America might have died, but he decidedly changed the future and allowed his past self to survive and continue to protect the United States of America.