The Incredibles and their allies are dashing into action as the Mole King looms in the background. There are also six other characters in the background. It’s unclear who they are or what role they could play. It’s quite possible they might be up and coming villains that Elastigirl will have to face down. 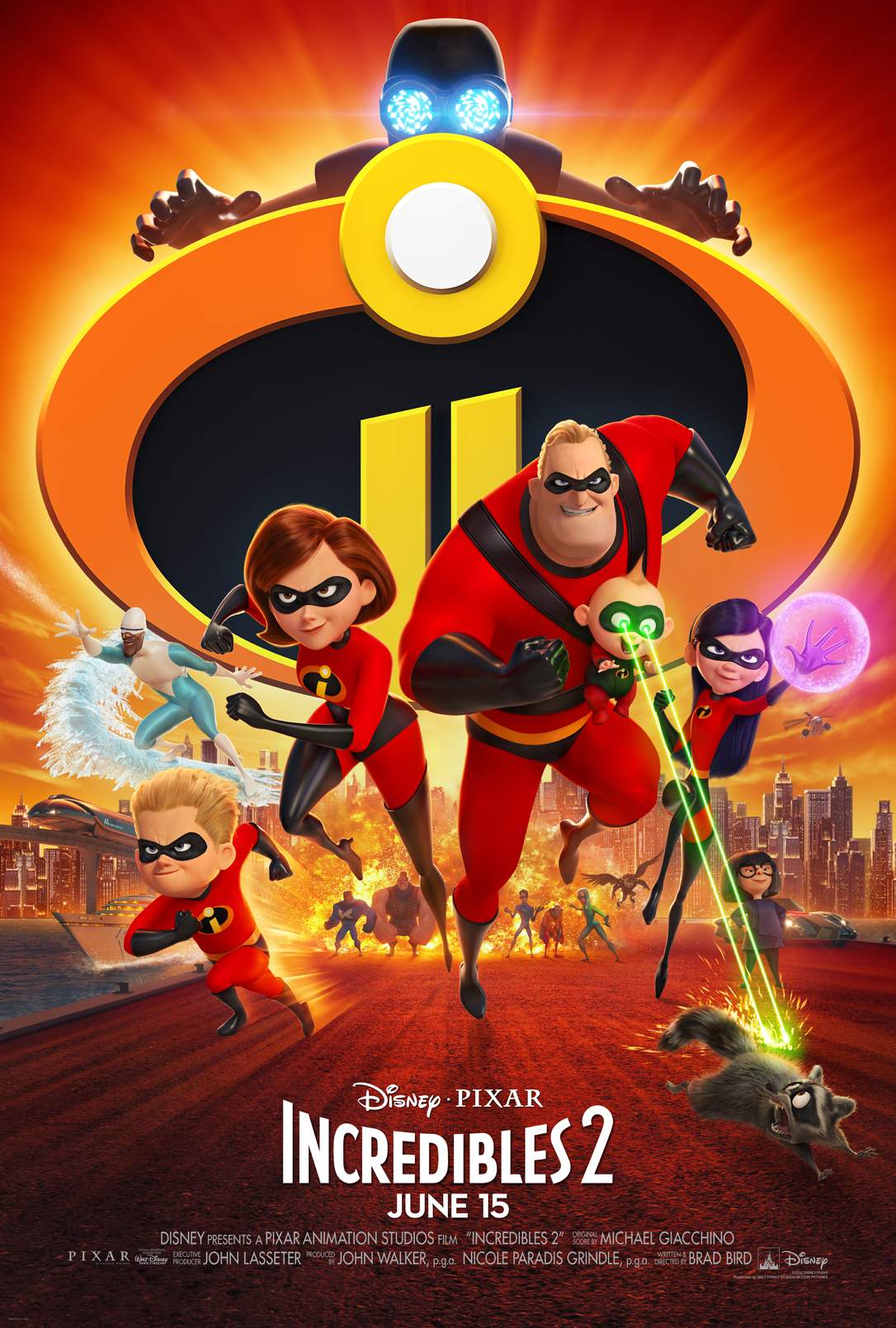 Along with the poster, Disney promised they will debut a “SUPER, ALL-NEW TRAILER” sometime tomorrow.

Here’s the official description of Incredibles 2:

In “Incredibles 2,” Helen (voice of Holly Hunter) is called on to lead a campaign to bring Supers back, while Bob (voice of Craig T. Nelson) navigates the day-to-day heroics of “normal” life at home with Violet (voice of Sarah Vowell), Dash (voice of Huck Milner) and baby Jack-Jack—whose super powers are about to be discovered. Their mission is derailed, however, when a new villain emerges with a brilliant and dangerous plot that threatens everything. But the Parrs don’t shy away from a challenge, especially with Frozone (voice of Samuel L. Jackson) by their side. That’s what makes this family so Incredible.

Incredibles 2 is written and directed by Brad Bird. Bird previously worked on The Incredibles, Iron Giant, and Ratatouille. The movie is produced by John Walker and Nicole Grindle. It comes to theaters on June 15, 2018.