A tweet featuring some screen captures of a text message conversation about Avengers: Infinity War ground rules has gone viral and for good reason. It’s hysterical!

This dude set ground rules for his girl in terms of watching Infinity Wars and i’m blown away. ?? pic.twitter.com/yfEB57hG5q

The conversation starts off innocently enough with the guy asking his significant other, “Friday April 27th, 8PM- Infinity War. You going with me? I just ordered 2 tickets.” The response is “Yes dear.”

However, that’s when he lays down the ground rules and even threatens to call his lawyer and replace her if she doesn’t follow them. He givers her six different rules she must follow while watching Avengers: Infinity War.

“1. I’ll buy you whatever you want before the movie. Candy, popcorn, drinks, even a hotdog. But you can’t ask for anything during the movie.

2. No talking during the movie, I can’t be distracted. You got questions? Write them down, I’ll answer when it’s over.

4. If a main character dies, we cry together, if you ain’t crying, you walking home. I need you invested in this.

5. If you cancel the movie date, I’ll need 24 hours notice so that I may replace you with a suitable viewer, most likely Jesse. If you cancel last minute and I have to watch alone, you’ll be hearing from my lawyer.

6. If a crazy white guy wants to come up in there trying to ruin the movie by shooting at people, I need you to take him down quickly and keep him under control. Wait until after the movie to call the police, I don’t need the commotion interrupting the movie.

Following all rules will warrant a trip to your favorite ice cream place after the movie. 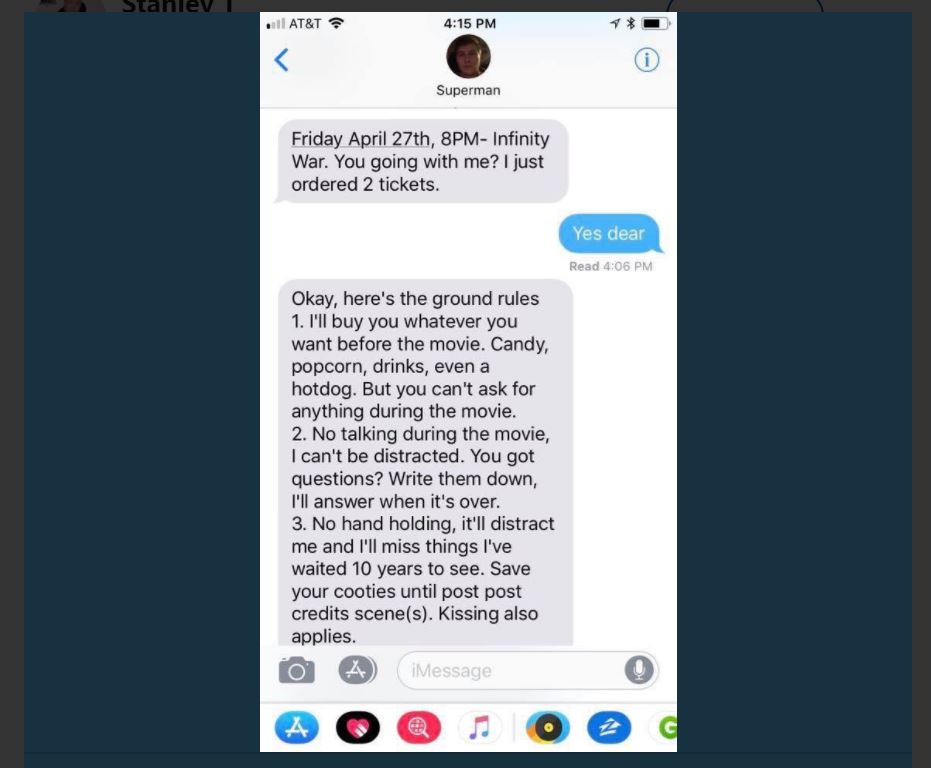 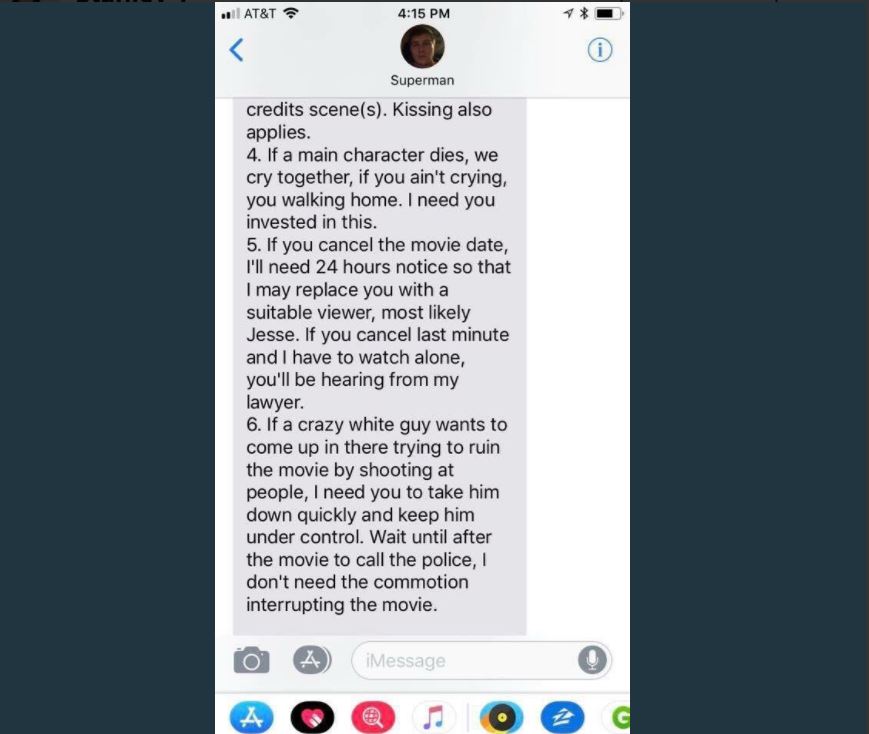 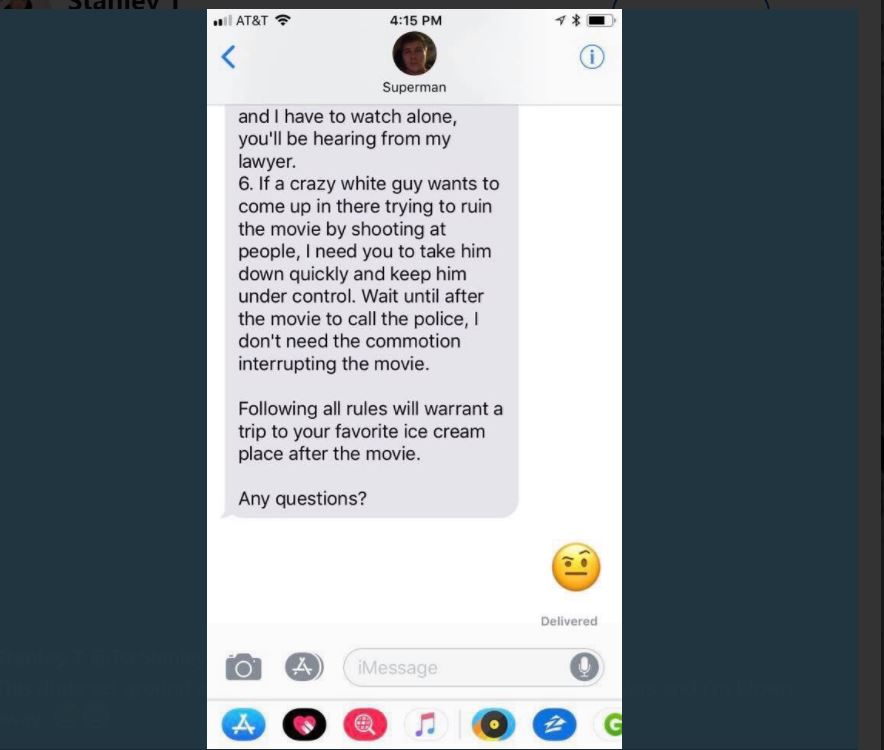 I think #2, #5, and #6 might be the best. He’s assuming she’s going to be bringing some pen and paper to the theaters in order to write down questions she has. I don’t think I’ve ever seen anyone with a pen and paper at the movie. Can you imagine her writing down questions during the movie?

Number 5 is just straight ridiculous. He threatens to replace her if she even thinks about cancelling and then if she cancels without notice, he’s going to his lawyer. This might have moved from ground rules to a contract!

And then #6. After threatening to replace her and even call his lawyer, he’s got the gall to appoint her his personal bodyguard during the movie. Plus, she can’t call the police until the after movie is finished. That’s some dedication to Marvel Studios!

Do you think he had to find a replacement after his ground rules? Or do you think this whole thing is a joke to get some laughs? Either way it’s damn funny and I laughed my butt off!