There’s a New King in Town

Thanos will soon arrive on Earth in The Avengers: Infinity War. Chances are Earth’s mightiest heroes are going to suffer some casualties. Not only that, it looks like Thanos and the Black Order are going to affect some major changes across the entire MCU. Earth should be very, very afraid. But this is The Avengers. Earth’s defenders who banded together despite their differences and became the team everyone wanted them to be. Surely they can defeat every enemy; knock back any foe!

That’s simply not true. Make no mistake, the main character of Avengers: Infinity War is Thanos. His motivation is clear; his determination is resolute. He’s going to wreak havoc on Earth. But is he going to win?

Well, that’s an interesting question. Because “winning” for Thanos might not mean what you think it means. It’s not necessarily world domination, it’s not necessarily the destruction of the Universe. It’s about appealing to someone beautiful and powerful after the search for some powerful stones. Thanos’ work is all to try to impress the most evil seductress in the Marvel Universe: Mistress Death. But that’s the comics. 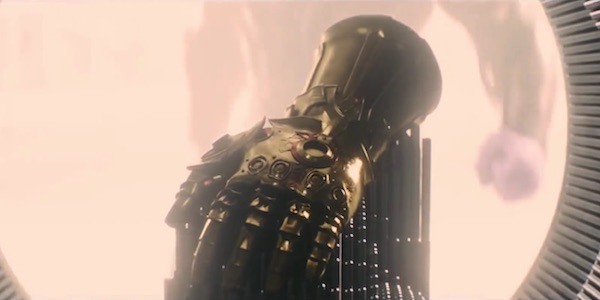 The Infinity Gauntlet in “Guardians of the Galaxy” – Marvel Studios

Thanos wants to collect the Infinity Stones so he can have a fully-powered Infinity Gauntlet. In the comics, a lot of Thanos’ motivation is based around trying to impress Mistress Death. That’s why he gets the Infinity Gauntlet; that’s why he destroys half the Universe with a snap. However, throwing a personification of Death into the MCU would be a little weird. Not something audiences would expect after six years of “Thanos is coming!”

To suddenly find out the baddest man in the whole damn town is just doing it to impress a gal kind of takes some of his cool factor away. But they’re going a different route for the upcoming film.

In the Infinity War trailer, Gamora can be heard describing her adopted Father. Here’s what she says:

The entire time I knew him, he only ever had one goal. To wipe out half the universe. If he gets all the Infinity Stones, he can do it with the snap of his fingers. Just like that.

His motivations on the big screen were described by director Joe Russo in an interview with Telegraph India:

“Many years prior to the film his planet was experiencing a cataclysmic shift. They were running out of resources, and they were overpopulated. Thanos made a recommendation that they exterminate half the population randomly in order to save the rest of the population. Of course, the Titans rejected his notion, branded him a mad man, exiled him, and the planet ended up dying. So he has taken it upon himself to go planet-by-planet throughout the universe and wipe out half of the population of each planet as a way to correct the planet and bring it back into balance.

Once he hears about the stones, he realises that if he can get hold of all of the Infinity Stones he can control the entire universe. With the snap of his fingers he could correct the universe permanently by removing 50 per cent of life from it.”

It sounds like Thanos wants nothing more than to save the universe by destroying half of the Universe. That’s something the Avengers will not abide by. They want to preserve life and will work to stop Thanos. In fact, some say they might be built to take on a villain such as Thanos. The battle between The Avengers and Thanos is one that’s going to redefine the entire Marvel Cinematic Universe. And my prediction is Thanos will achieve his goal. He will snap his fingers and wipe out half the universe.

But the big question is what’s going to come after the snap?

Thanos is Going to Win, So What Next?

Adam Warlock in “Guardians of the Galaxy Vol. 2” – Marvel Studios

But there are a lot of heroes standing in his way. The Avengers are going to be drafting new members for this mission. Some of which will be the most powerful members of the team. The entire movie will be about this band of heroes trying to keep Thanos from his ultimate goal.

But make no mistake, they aren’t going to stop him. Fans and audiences are going to have to face the inevitable. A sad truth about the next phase of the MCU.

All he wants is a fully-powered Infinity Gauntlet, and that’s what he’s going to get. Half of the Universe is going to be wiped away in an instant…probably. But all is not lost! There are brand new heroes ready to defend Earth. Heroes only recently mentioned or cast in the Marvel Cinematic Universe. Two of which are going to be very important to the future of Marvel.

Adam Warlock is one of the major heroes of the first Infinity War story. In fact, he’s literally the hero that bands all of Earth’s mightiest together to defeat Thanos. He also happens to be teased at the end of Guardians of the Galaxy vol. 2, as a being created by Ayesha. If he was sent after the Guardians to hunt them down, he might soon find himself in the presence of Thanos and the Black Order.

But let’s not forget Academy Award winner Brie Larson as the hero Kevin Feige calls, “the most powerful superhero in the Marvel Universe.”

Captain Marvel Will Save the Day!…Eventually 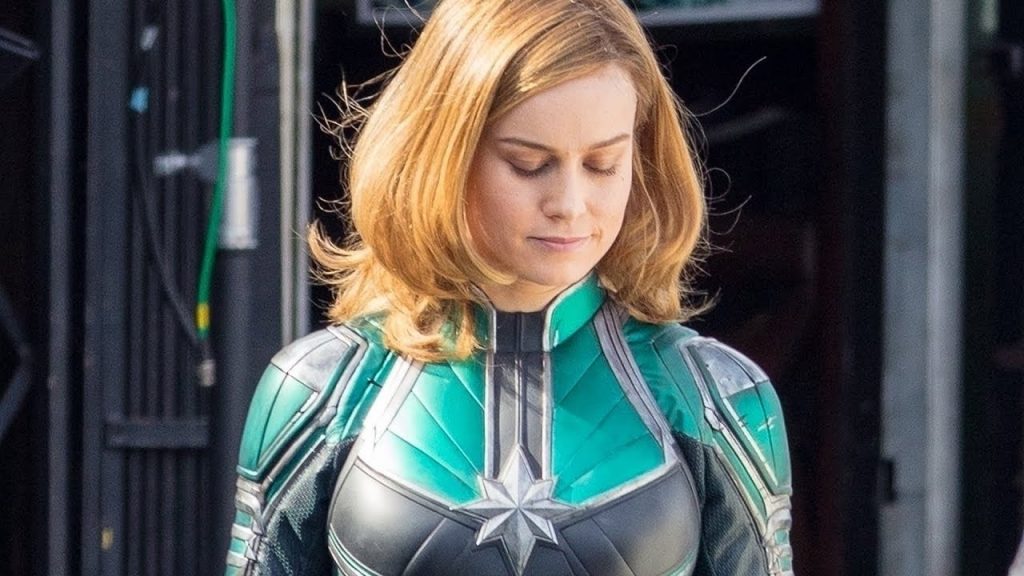 Thanos’ reign will be short-lived thanks to this Kree superhero. Fans will have to wait until her 2019 premiere to see how she factors into the MCU, unless Infinity War has more than a few surprises up its sleeves. The Russo Brothers have been a huge asset in helping Kevin Feige set-up the next Phase of the Marvel Universe – expect both Adam and Captain Marvel to be key figures in that “next phase.”

However, Thanos is going to have a major effect on Earth and reality as a whole. Marvel Studios are not going to cop out on this one: Infinity War is going to hurt. People are going to die; battles are going to be lost.

Why is all of that horrible stuff going to happen? Because Thanos is going to win. It’s inevitable. He’s a rebel with a cause. A powerful god-like being who has an undeniable need to destroy. He’s got Earth and The Avengers in his sights. He’s coming for us. Hopefully, what’s left of Earth’s Mightiest Heroes can band together and put the world back together in The Avengers 4.