“Can we take the long way home one last time?”

Peter Tomasi and Patrick Gleason are one of the best creative teams ever in the history of comics. That much is clear. The two created an incredible bond that began with Green Lanterns, became legend with Batman and Robin, and brought the Man of Steel to new heights in Superman. Unfortunately, Superman #45 is their final issue on the series. While Peter Tomasi and Patrick Gleason aren’t going anywhere, the character will be undergoing a reinvention with Brian Michael Bendis.

A New York Times article about the writer was titled, “Can This Man Save Superman?” A sentiment that even Bendis himself disagreed with. Because Superman didn’t need saving. He was doing just fine thanks to Tomasi and Gleason on Superman and Dan Jurgens on Action Comics. But “change is good,” according to Pa Kent. The world is changing and so must the Kent’s. Thanks to Tomasi and Gleason, this family has gone through some incredible adventures together. 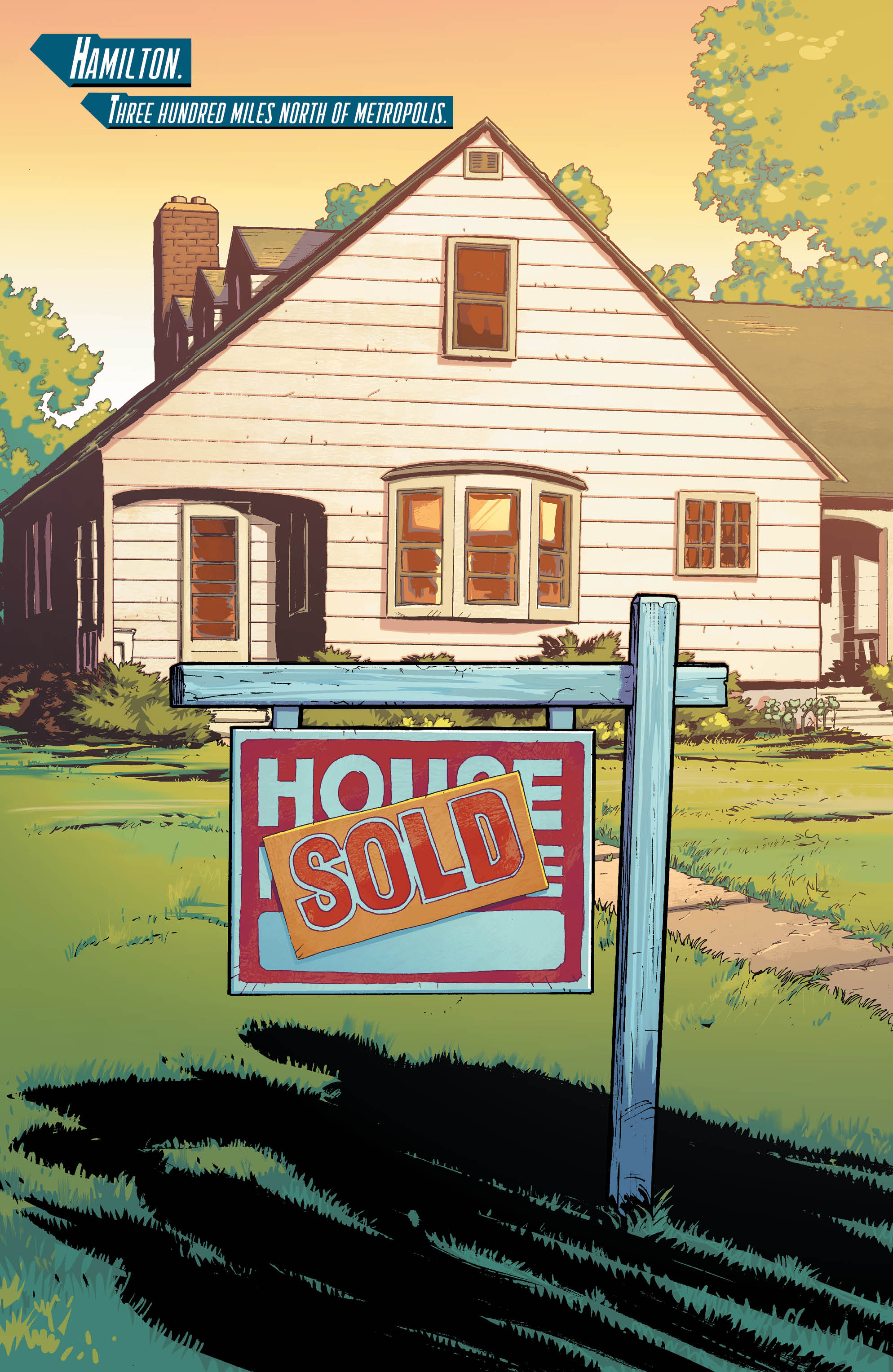 Together. The Kent family have been the stars of Superman, not just Clark himself. Jon and Lois are just as crucial to the identity of Superman as the man in the costume. That’s the central point of their entire Superman run, culminating in a quiet and beautiful finale in Superman #45. A promise that even though the stories, writers and artists will change, Superman and his family will always stay the same.

“The pleasure is not all mine.”

Superman #45 contains a plethora of cameos from some of the best aspects of Peter Tomasi and Patrick Gleason’s run. The scene is nothing but blissful, but it brings about a sad reminder that this is the end. But there’s no reason to be sad, because the Kent’s aren’t.

Jon is a little fearful of moving. But he’s just a kid, right? He’ll learn. It’s a tough lesson that Tomasi and Gleason may be telling themselves just as they’re telling the reader. It’s difficult to be 45 stories into a character before letting go. Thankfully, there’s so many good memories to be found. The Bizarro boys bring back just as many memories as the Hamilton County Fair. This creative team did something almost no other has: focused on the characters and not the villains. This run was defined entirely by a developing family of heroes and superheroes. Superman #45 brings that together in the best way imaginable. The family gets to spend a little bit more time together, taking the longer walks and visiting friends one last time. 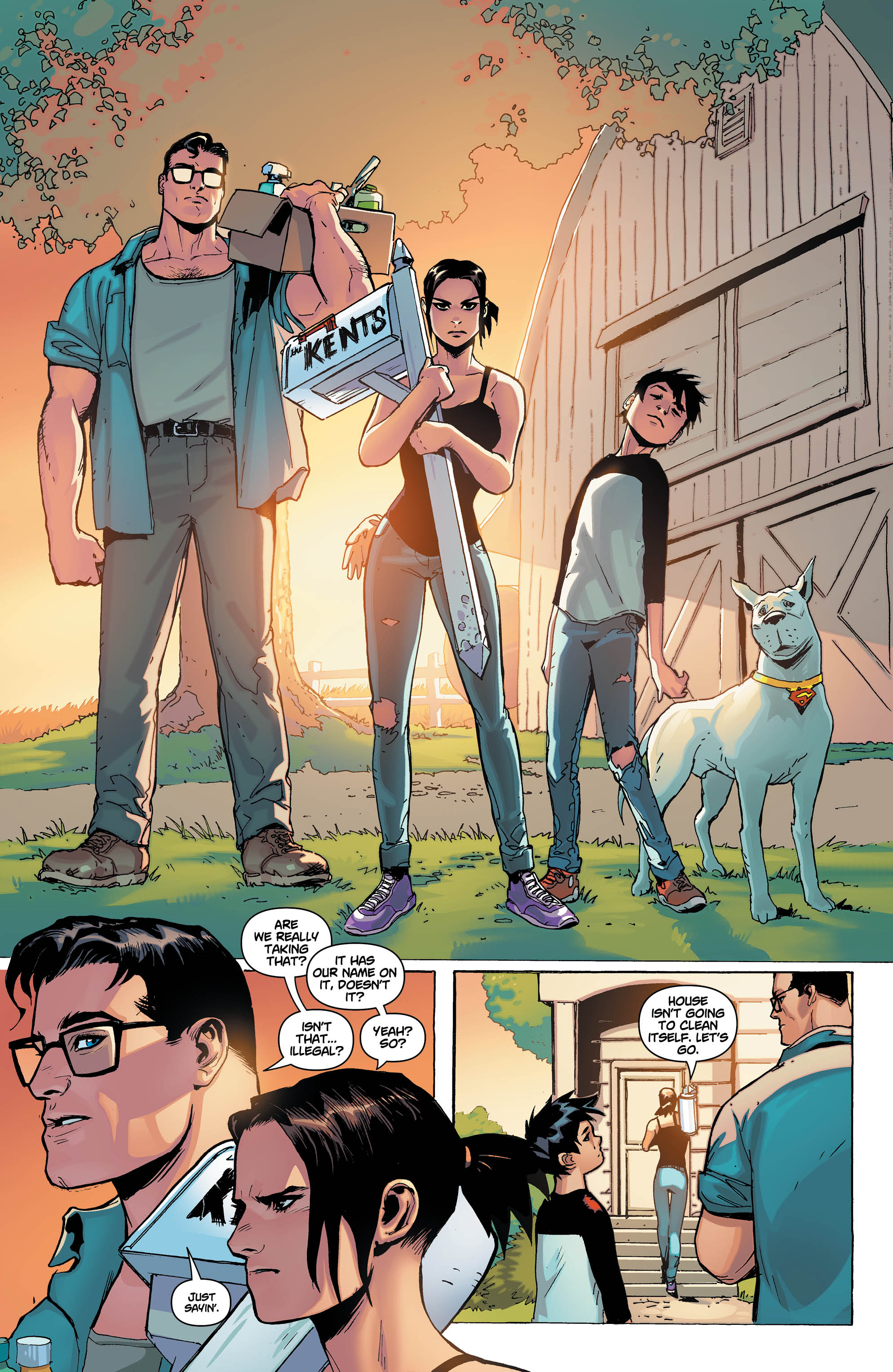 But it won’t be the last time. These memories will always be there just where they were left by one of the best teams to ever create comics. Hopefully, their next stories are just as mesmerizing.

“…That’s when we get to shine brighter.”

Superman has shined as bright as he can thanks to the pencils of Patrick Gleason. Gleason’s work was most often inked by the incredible Mick Gray on Batman and Robin before Superman. But things have been a little different with the Man of Steel. Gleason’s work is just as crisp and clean as ever. A world made even brighter with the glorious colors of Stephen Downer. Together, the two make this small town fair come to vivid life. A picture-perfect escape from the simple town life of the Kent’s.

Some of the details look a little rushed. A great superhero cameo in particular looks like it could have used the touch of an inker, but that won’t do anything to stop the fun. The iconic imagery of every panel is a testament to the genius of Patrick Gleason. This is Superman at his greatest. Not just because he’s surrounded by those he loves the most, but because they look exactly as you’d imagine them. It’s great to hear the red trunks are back, but Gleason’s depiction of Big Blue will be sorely missed. 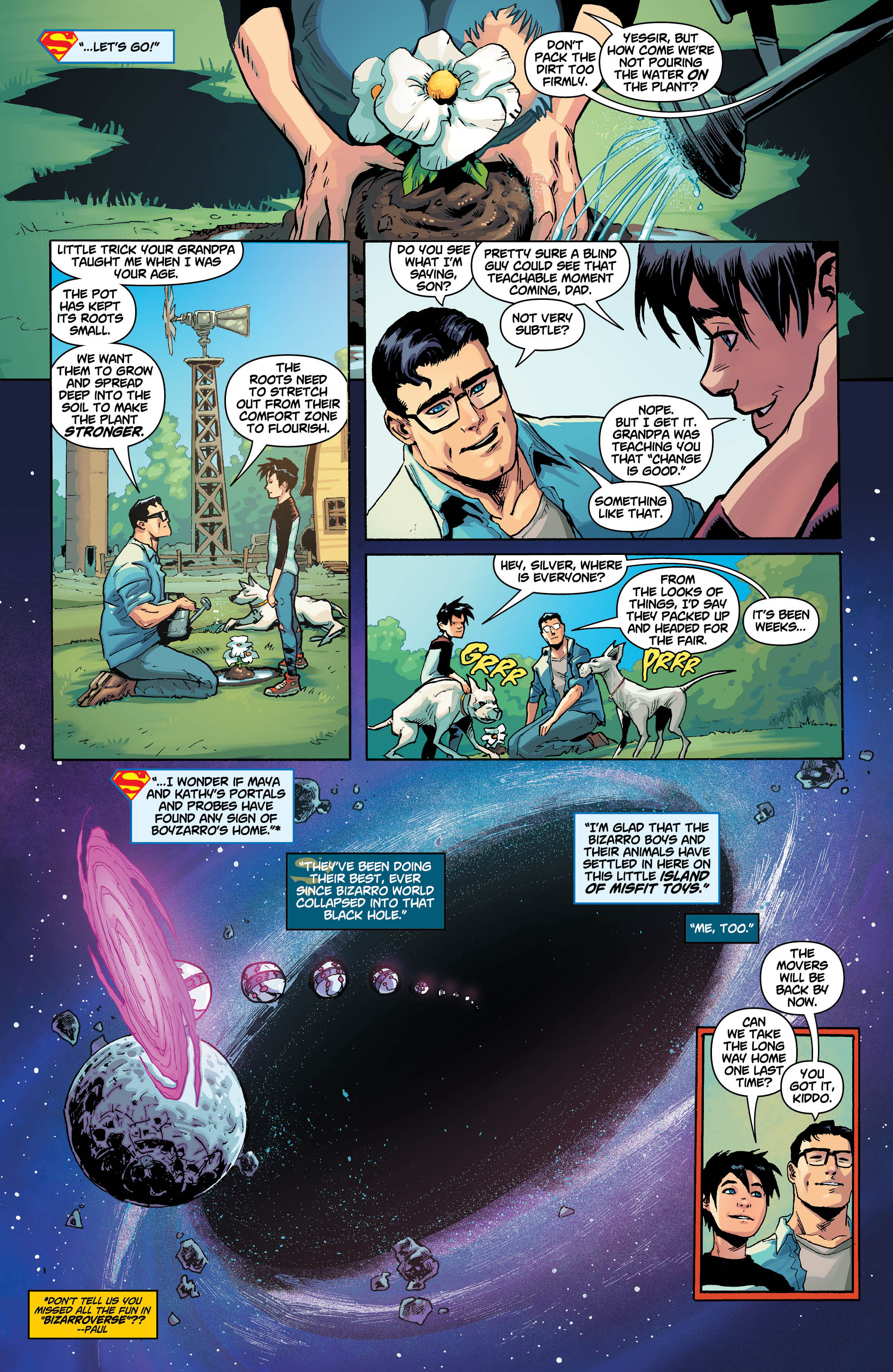 Truth, Justice, and Family. Those are the three updated virtues of Superman, courtesy of Peter Tomasi and Patrick Gleason. Those three elements have been at the core of their Superman run, which comes to end an end here in Superman #45. They’ve put the Kent’s through quite a lot. Forcing them to battle ancient Kryptonian technology and exploring new and bizarre worlds. It’s been a turbulent but sometimes peaceful ride.

Not many writing teams have let Clark Kent go to the fair with his family. A small gift that our greatest superhero doesn’t get very often. Lois and Jon don’t ever get Superman to themselves either. Between a newspaper and worlds to save, this must be one of the busiest families in all of comics! Where Tomasi and Gleason’s Batman and Robin run was filled with death, despair, and resurrection their Superman run has been very different. A patient series that has allowed them to tell a different set of stories. Superman #45 will remind the reader of those stories in the best ways.

The finale issue of Peter Tomasi and Patrick Gleason’s has some minor issues, but it will never take away from the brilliance of their work. Superman has a lot ahead of him, Action Comics #1000 promises that things will not be easy for the Last Son of Krypton. But if he has Jon and Lois, a wonderful family brought to life by this fantastic team, he just might be okay.