Last month, Marvel Comics unveiled they were bringing back the Fantastic Four in a brand new series written by Dan Slott with art work by Sara Pichelli.

What’s really interesting about the trailer is that it indicates “legends never truly die!” Along with that caption there is an image of the Fantastic Four, but they are also joined by Reed and Sue’s kids Franklin Richards and Valeria Richards. It’ll be interesting to see if they return in the new series as well.

Currently in Chip Zdarsky’s Marvel 2 in 1, Benjamin Grimm aka The Thing and Johnny Storm, aka the Human Torch, are searching for Reed, Sue, and their kids throughout the Multiverse. Doctor Doom delivers a gift to The Thing. It’s a tiny orb with a message from Reed that tells Ben to continue to explore. He even tells him about a device he created called the Multisect that will give him access to the Multiplane and the Marvel Multiverse.

However, Reed and Sue aren’t actually dead. They are just missing somewhere in the Multiverse. And being apart from both Sue and Reed has begun draining the powers of the Human Torch and The Thing. They need to find Reed and Sue in order to regain their powers. 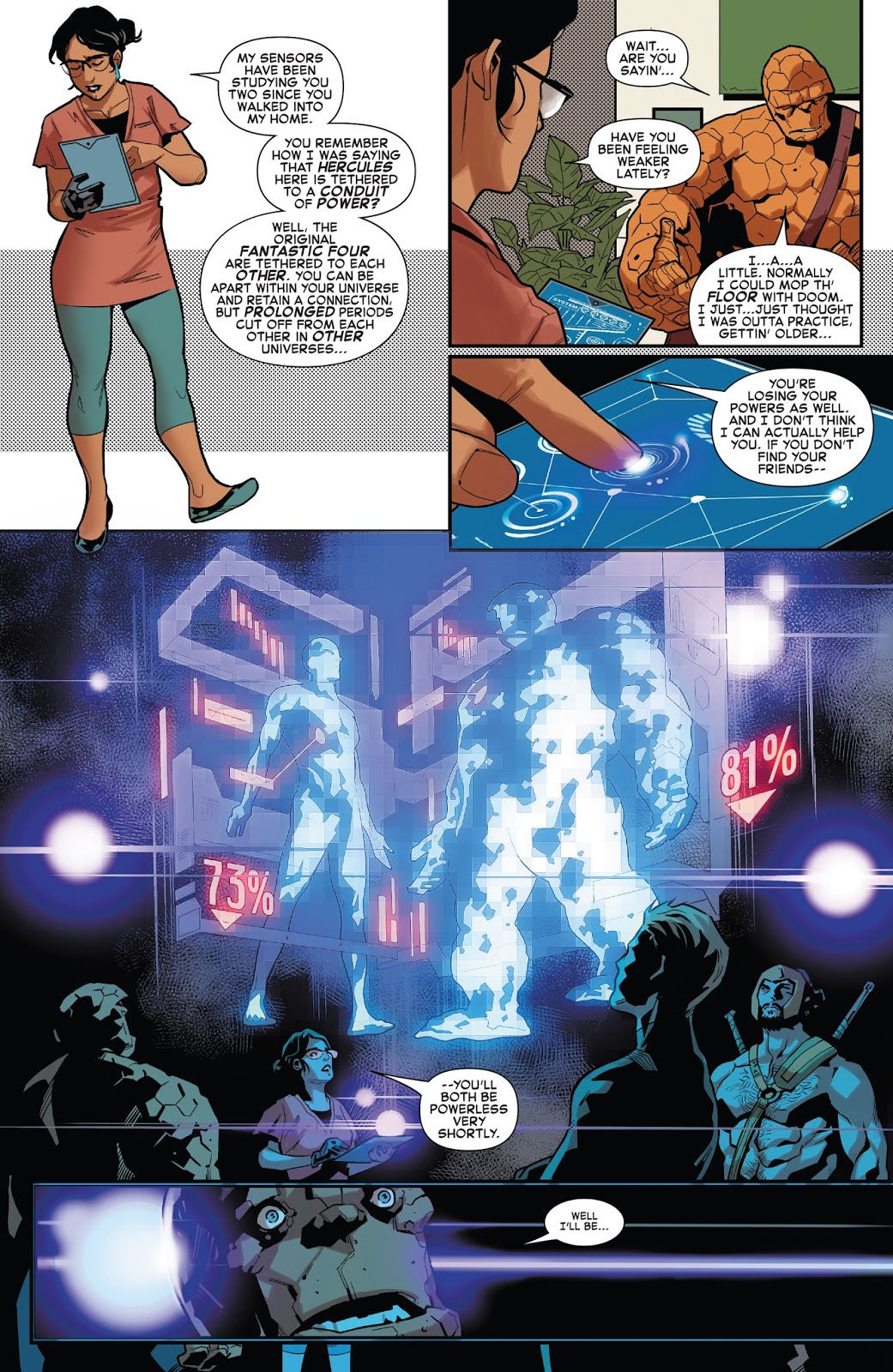 And their first trip using the Multisect has them facing down Doctor Doom, but in this universe he’s merged himself with Galactus and devoured everything but Earth.

It’ll be interesting to see how The Thing and Human Torch handle a Dr. Doom Galactus, not to mention how in the world they are going to find Reed and Sue.

Along with the new trailer for the Fantastic Four, Marvel also gave us our first look at the cover for Fantastic Four #1 by Esad Ribic. 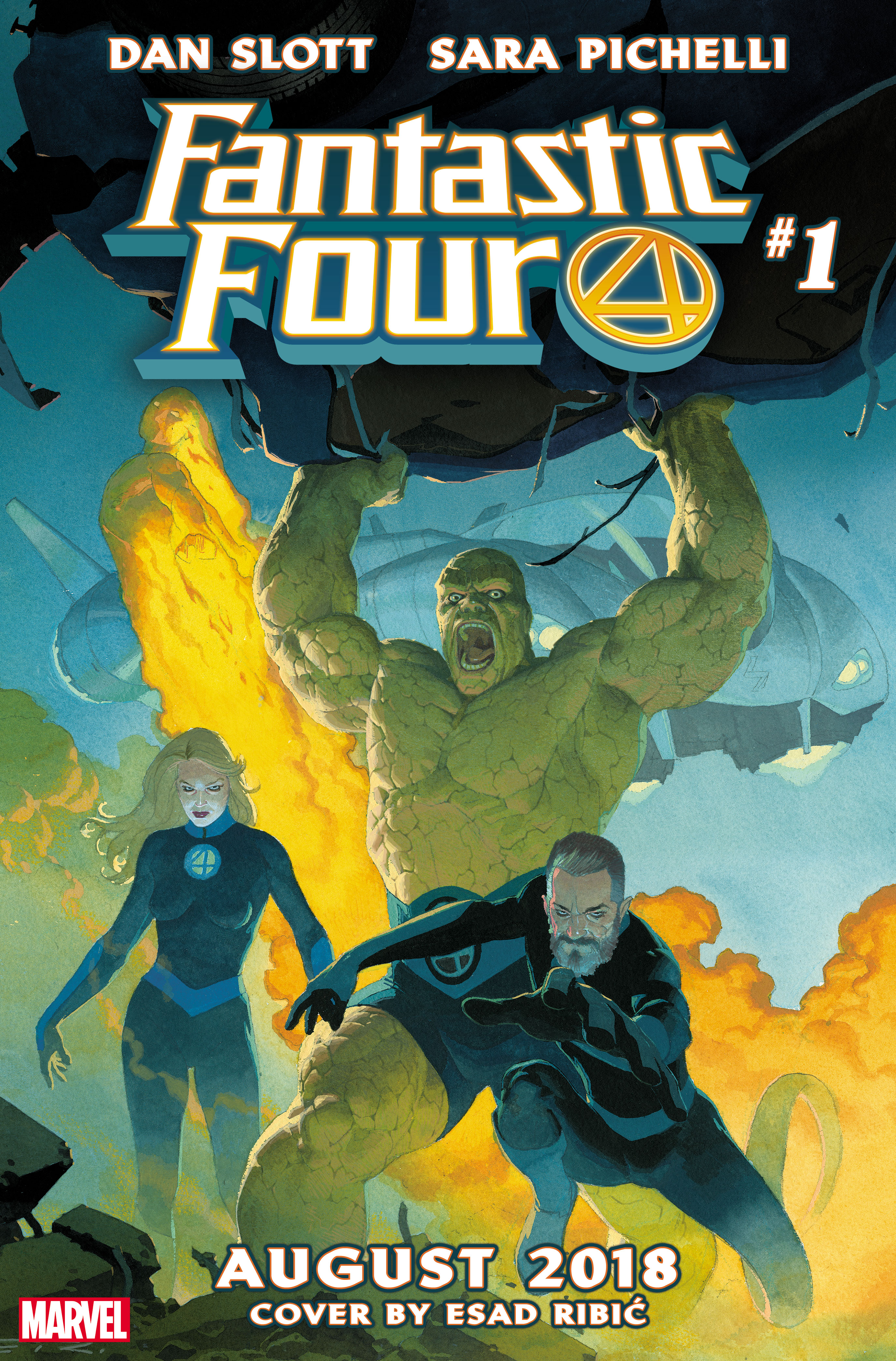