Marvel writer Nick Spencer, who wrote Secret Empire which turned Captain America into an Agent of Hydra, will be taking over Amazing Spider-Man as part of Marvel’s Fresh Start Initiative.

Spencer recently chatted with Marvel.com to provide some more details about what we can expect in his upcoming run on Amazing Spider-Man. 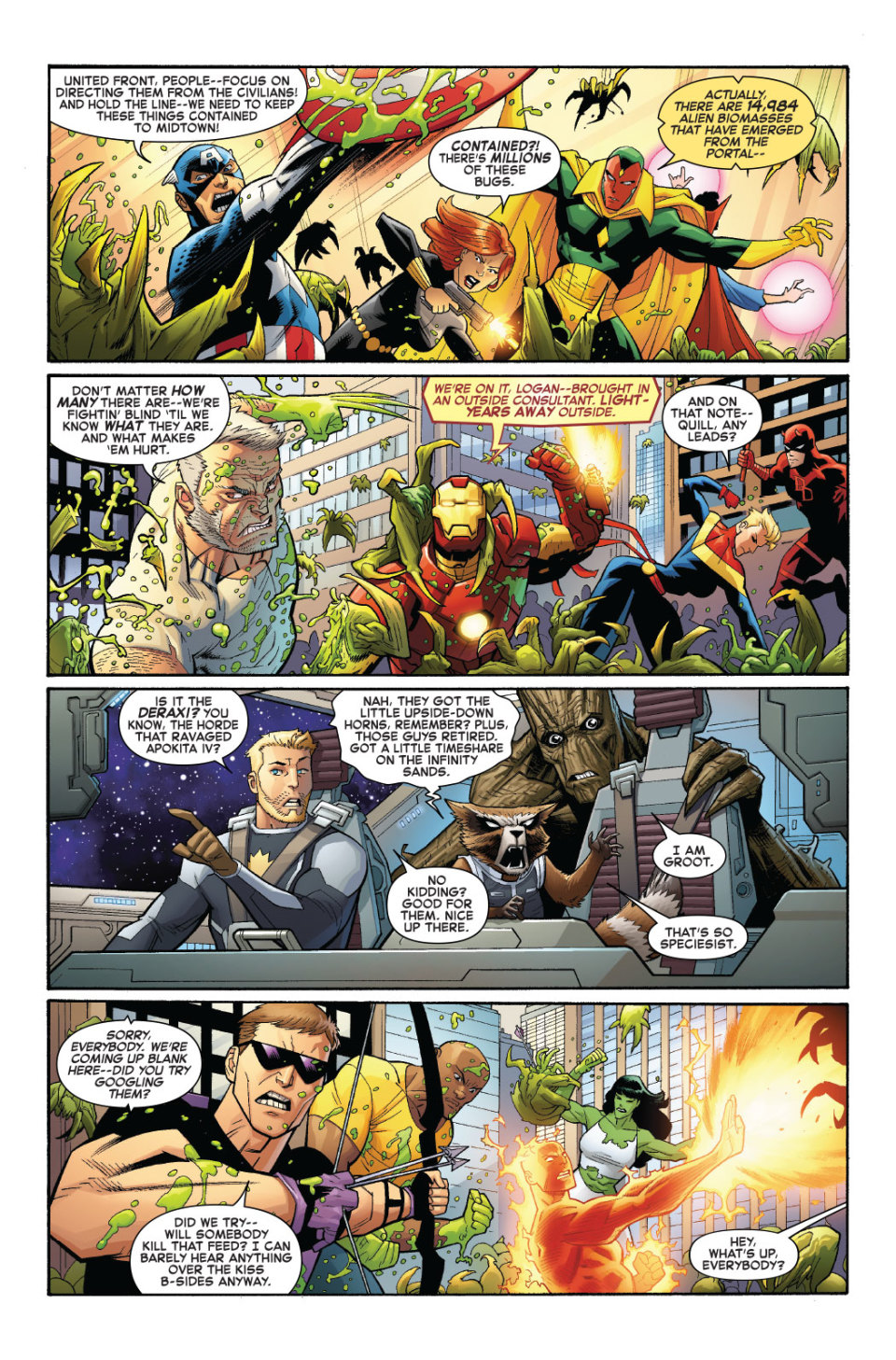 He revealed he’ll be working on an Aunt May story arc where she shows Peter that she’s a superhero in her own right. He also mentioned some Daily Bugle stories with a focus on J. Jonah Jameson. He also teased a focus on Randy Robertson and Black Cat.

“I have to be careful here, as I don’t want to tip my hand too much on what’s to come, but I will say a big part of the thrill of this job is getting to write the best supporting cast in comics. I’m excited about writing Aunt May, and giving her a story where she’s really controlling her own destiny and showing us how Peter was raised by a hero in her own right. The whole Daily Bugle crew will get some key stories. I’m working closely with Chip Zdarsky on some really cool Jonah stuff; he’s telling what I think is a definitive JJJ story over in PETER PARKER: THE SPECTACULAR SPIDER-MAN, so I wanted to make sure anything we do on that front complements his stellar work there. Randy Robertson is a character we haven’t seen a lot of for a while, but he’ll have a prominent role. And expect to see a lot of Felicia Hardy, as she’s one of my all-time favorite characters. Little-known trivia: What eventually became SUPERIOR FOES OF SPIDER-MAN was originally a Black Cat pitch.”

Spencer did highlight that he wants to emphasize that being Spider-Man will come at a cost to  Peter. He also talked about how he plans to bounce back and forth between tones, where some stories will be humorous while others will be sad. 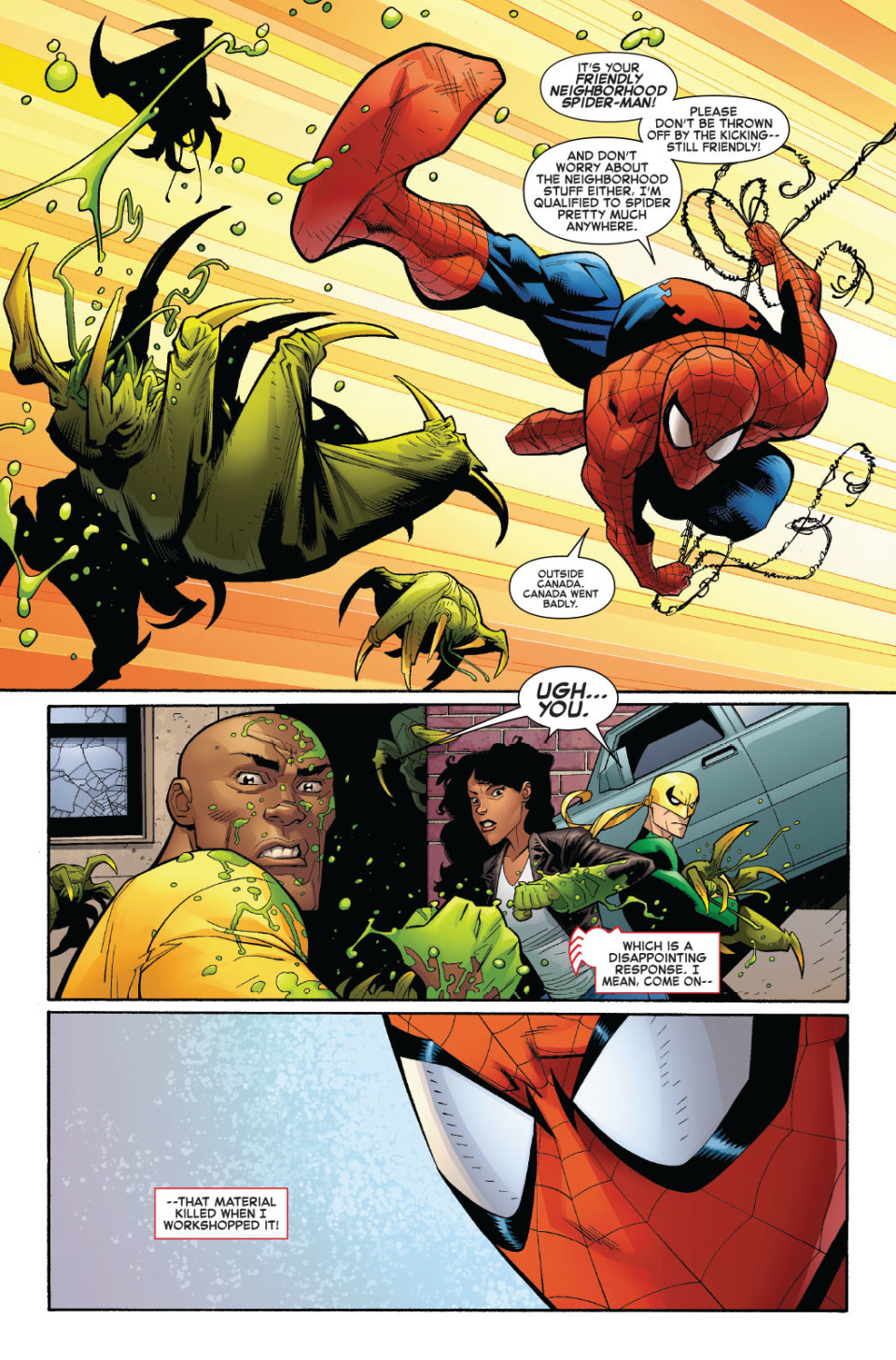 He does emphasize he wants to bring Spider-Man “back to basics.” It’s unclear what exactly that means though.

“The story really always begins and ends with Peter. He’s the heart and soul of the thing, and what makes Spider-Man special. You’re always trying to balance those personal struggles with the high-flying adventure, and in the best stories the two are playing off of and feeding off each other, dovetailing in weird and wonderful ways. Being Spider-Man should always come at a cost to Peter — that’s the great responsibility that comes with the great power.

One thing that struck me looking at the history of Spider-Man comics is how many different kinds of stories you can tell with the character. He can bounce between genres and tones so easily, I want to take full advantage of that. So some months there will be laughs, some months there will be tears. In some stories the universe itself is in danger, in other stories Peter’s missing laundry is in danger. We want to just tell good, foundational Spidey stories. We keep saying “Back to Basics” for a reason. We want to give people the Spidey they’ve known and loved for decades, and remind them why he’s the best character in comics.”