Elizabeth Olsen has played the part of Scarlet Witch/Wanda Maximoff for a number of Marvel Cinematic Universe films. She is now reprising her role for Avengers: Infinity War, along with an all-star cast. Her role opposite Paul Bettany, who plays Vision in the films, has raised a few eyebrows among the comic book community, and for good reason.

In the upcoming Marvel Cinematic Universe (MCU) film, we are treated to clips in the trailer that hint at this relationship burgeoning into the House of M storyline. 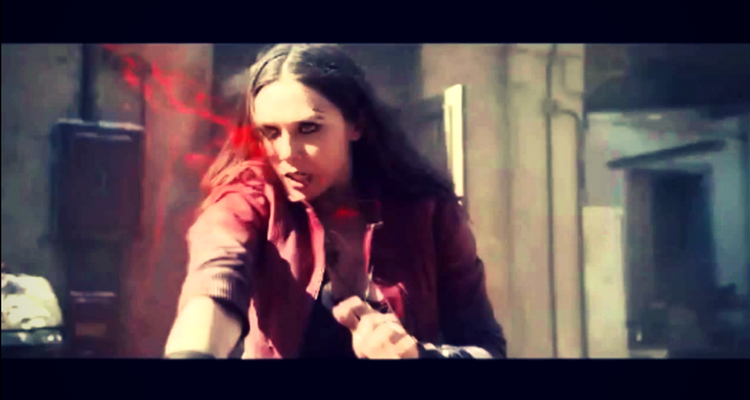 Olsen decided to flex her comic book knowledge recently to the delight of those comic book fans.

In an interview with Metro UK, Olsen delved into the comic book print history in hopes of a solo Wanda Maximoff film. She noted the importance of Vision to the storyline.

“I would love to [do a standalone], and I would love it to be House of M, which is a comic book series of The Vision and Scarlet Witch having a make-believe family.

She [Wanda] believes she has twin children- she alters her own reality to believe that, but really she has a miscarriage and Vision goes along with it. Then they [Vision and her family] have to tell her that she was make-believing the entire time, and she has a very traumatic experience and screams, and kills all the mutants – but that’s an X-Men story, so we’d have to adjust the ending.”

Olsen elaborated in an interview with Digital Spy saying, “We would love to do that. The babies and the fake babies, and her going mad. I would love the opportunity to get to do that.”

It seems like co-star Paul Bettany is on board with the idea as well. He’s willing to reprise his role as Vision for another film. This despite the two-hour makeup job in prep for the scenes.

“Paul Bettany and I joke about how much we’d like to do a House of M spin-off. And a real indie version of it.”

A casting call for Avengers 4 hinted the twins of Scarlet Witch and Vision might make an appearance. The casting call was looking for two-year-old twin boys. 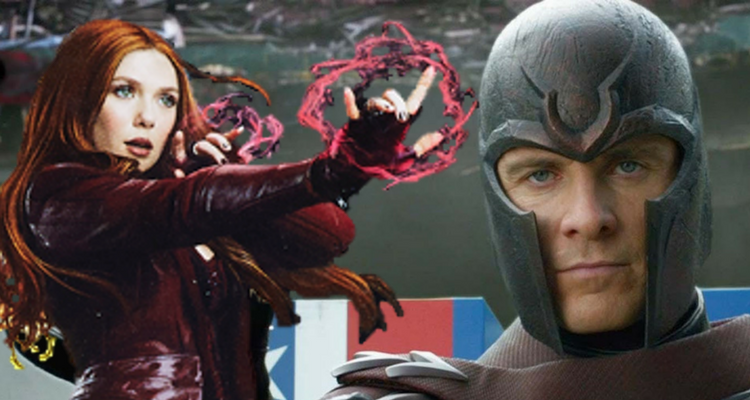 Invoking the popular arc has many X-Men fans excited. At the same time, we’re scratching our heads at how that would all work for the MCU. Right now, there are no mutants in the Marvel Cinematic Universe. The X-Men are currently property of Fox. The Fox/Disney deal in the works is still under the scrutiny of government anti-trust committees.

When asked about the possibility of a X-Men crossover, Olsen was unsure about all that it entailed.

In fact, Olsen wasn’t too keen on including all the mutants in her story, with one exception.

“I don’t think so because we’ve gone so far to create a non-X-Men universe backstory for my character. Now, it’s the reason that we’re connected to the Vision. The Stone is his head is the Stone that gave me my powers so we’ve really just kind of leaned into the Stones, I feel like. So, I don’t think so, but if they’re like a Michael Fassbender being my daddy crossover, I would say, ‘Yes, please.’ I love Michael Fassbender.”

Any talks of a future film will hinge on what happens in the next few MCU movies. We’ll have to see if any of them make it out alive in Avengers: Infinity War. The film will debut in theaters everywhere on April 27th.