2018 is shaping up to be a huge year for superheroes. Avengers: Infinity War comes out tonight. Oh, and later this year DC Films will be releasing their only film this year: Aquaman. Directed by The Conjuring’s James Wan, expectations are very high. Despite DC’s recent track record, this film has a great team behind it and looks like it will live up to the hype. Hopefully.

Now that the film is getting closer to it’s December 21st release date, expect stars Patrick Wilson, Jason Momoa and Amber Heard to be more vocal about the project. More details are going to surface! As well as a trailer…one of these days.

Until then, Jason Wan has revealed some major details about his upcoming film. Considering it’s featuring two of Aquaman’s biggest villains, Ocean Master Orm and Black Manta, many wondered who would be the story’s main villain.

Now, the director of the movie has answered the question!

In an interview with Entertainment Weekly at CinemaCon, Wan discussed his approach to the material as well as the characters.

Yes, yes, one thousand times yes! This kind of perspective, taking the subject matter as seriously as a dramatic play. worked perfectly to establish the drama and tone of Thor in the MCU.

“..kind of scary and exciting.” 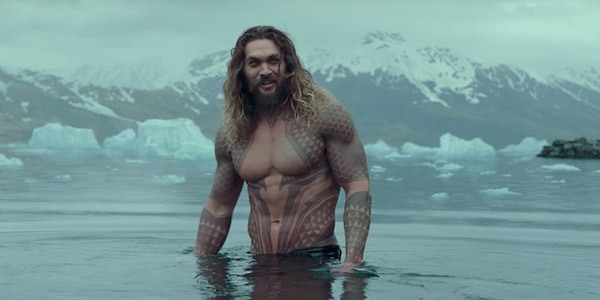 Audiences are used to alien threats by now. Well, at least on the big screen they are. James Wan is looking forward to introducing one closer to home.

“We’re used to superhero movies where the threat is from another dimension or aliens from another universe coming here and trying to destroy our Earth. But we haven’t seen one where the main threat is from a massive, massive civilization that is right under our nose, in the ocean. The idea that there could be a massive civilization living right underneath, that we don’t know about is kind of scary and exciting.”

That’s exactly how the creator of Saw and The Conjuring would approach the horrifying depths of the ocean. Sounds like Atlantis is in the right hands. Speaking of Atlantis, Wan also heaps plenty of praise on its King.

“One of the things people will be surprised by is seeing that Jason Momoa is not just a tough guy, but that the guy is actually very charismatic, funny, goofy, and is a potential romantic lead.”

Unfortunately, Justice League didn’t showcase enough of Momoa’s talent. But it sounds like Aquaman is going to do just that. After Marvel has an incredible year, all eyes will be looking to Arthur Curry’s first foray into film to end the year with a bang. Hopefully, it does just that.

Until then, it looks like the team had a lot of fun making the film together. To tide you over until December, here’s a video of Jason Momoa trying to scare the pants off of James Wan.