One of the biggest mysteries leading into Marvel Studios’ Avengers: Infinity War was the location of the Soul Stone. Well, we finally have the answer now that the movie has been officially released.

Thanos had to commit some horrifying crimes to fill his Infinity Gauntlet. Most costly of all was the price he paid to gain the Soul Stone. It actually cost him the only thing he’s ever loved.

As many know, Thanos has a few adopted children. On the big screen, the ones we know of are Gamora and Nebula. The “Black Order” are arguably similar, but are clearly not regarded as such. The location of the Soul Stone is one of the more interesting aspects of the movie. A mystery that lasts until the end of the second act. Gaining the Soul Stone becomes one of the defining aspects of Thanos’ journey because of what is costs him.

While aboard Thanos’ ship, Gamora swears she does not know the location of the Infinity Stone her father tasked her to find. Until her villainous father reveals his hand. He’s been torturing Nebula, and will continue to do so until she reveals the location of the Soul Stone. Gamora relents.

The Soul Stone is on Vormir.

Together the two venture to this mysterious planet. When they arrive they’re greeted by none other than Death. Wait…No, the figure is too familiar. It turns out the Red Skull has been guarding this particular Infinity Stone, incapable of ever taking it for himself. When he takes the Titan and his daughter to a dark precipice, he explains the cost. The Stone comes with a price. The sacrifice of something you love. A soul for a Soul. Luckily, Thanos brought someone along. 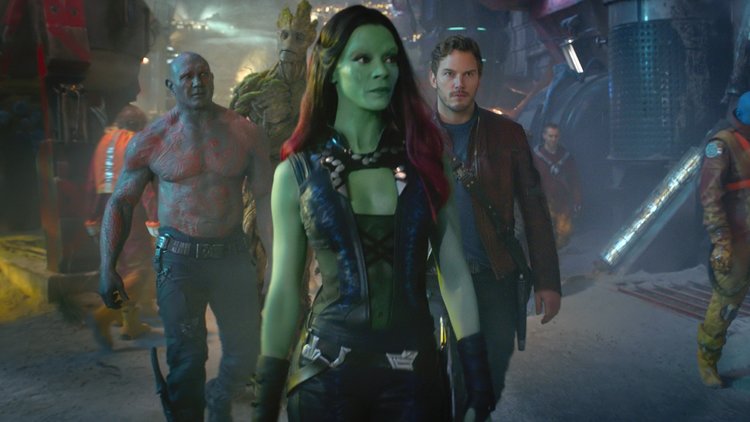 Gamora in “Guardians of the Galaxy” – Marvel Studios

Gamora started laughing as soon as the Red Skull stopped talking. She was sure that there was nothing in the world Thanos cared enough about to warrant the cost. Until she saw the look in his eye. Unfortunately, the scene was drawn out a little too much. It would have been much more horrific had Thanos simply grabbed her and thrown her over in the blink of an eye. But nevertheless, he paid the only price he had to offer. The only person he had ever loved.

Other than being without a Mother, not much is explained about Thanos and his love for Gamora. However, her loss is what grants him the Soul Stone. One of the final pieces in the puzzle he needs to assemble the Infinity Gauntlet.

The location of the Soul Stone has been one of the most fun fan theories explored for this film. While many won’t be surprised that Marvel Studios seems to have made up a location for the Stone, the price it required is a major part of the film. Gamora may not have been an Avenger yet, but she gets a significant amount of screen-time. A proper send-off for a great character.

Hopefully, Peter Quill can find a way to bring her back by Guardians of the Galaxy Vol. 3.