One of Marvel Comics’ biggest problems at the moment is their stories lack significance or meaning because they retcon them with time travel gimmicks or perform resurrections nearly instantaneously that removes the danger factor from the characters on the page. The problem is across their entire line as they recently retconned Captain America and Thanos with time travel story lines and brought Jane Foster back from the dead after just one issue.

However, it appears they are taking this problem and magnifying it to their entire Marvel Universe in the pages of Infinity Countdown #3 by writer Gerry Duggan, pencilers Aaron Kuder and Mike Hawthorne, inkers Aaron Kuder and Terry Pallot, and colorist Jordie Bellaire.

In the midst of a major battle for the control of the Power Stone, the superhero Nova encounters his brother Robbie. In fact, Robbie is a member of the Raptors who is fighting the Guardians of the Galaxy and the Chitauri Warlord called Warbringer. During the battle Robbie injures his back and lays incapacitated on the battlefield. And while Nova attempts to aid aid him Robbie reveals the Marvel Universe isn’t exactly right.

He tells Nova, “Listen to me, Rich. Warbringer mustn’t control the Power Stone. That Stone…It’s different. Because somehow this universe is different.”

I was put into a simulation by the Raptors, and I thought I was going insane, but I came to realize that I was just experiencing a simulation within another simulation. I know I sound crazy, but I think there’s evidence around the edges of our perception. Like..The frame rate drop at the boundary of a simulation.”

However, Robbie was persistent, “It doesn’t matter how big the Power Stone is…It’s mind over matter.”

As he is drug away by his fellow Raptors he would call out to Nova, “Heh. I’ll see you again, Brother. Remember — It’s mind over matter. Not just the Stone, Rich. Everything is a simulation.” 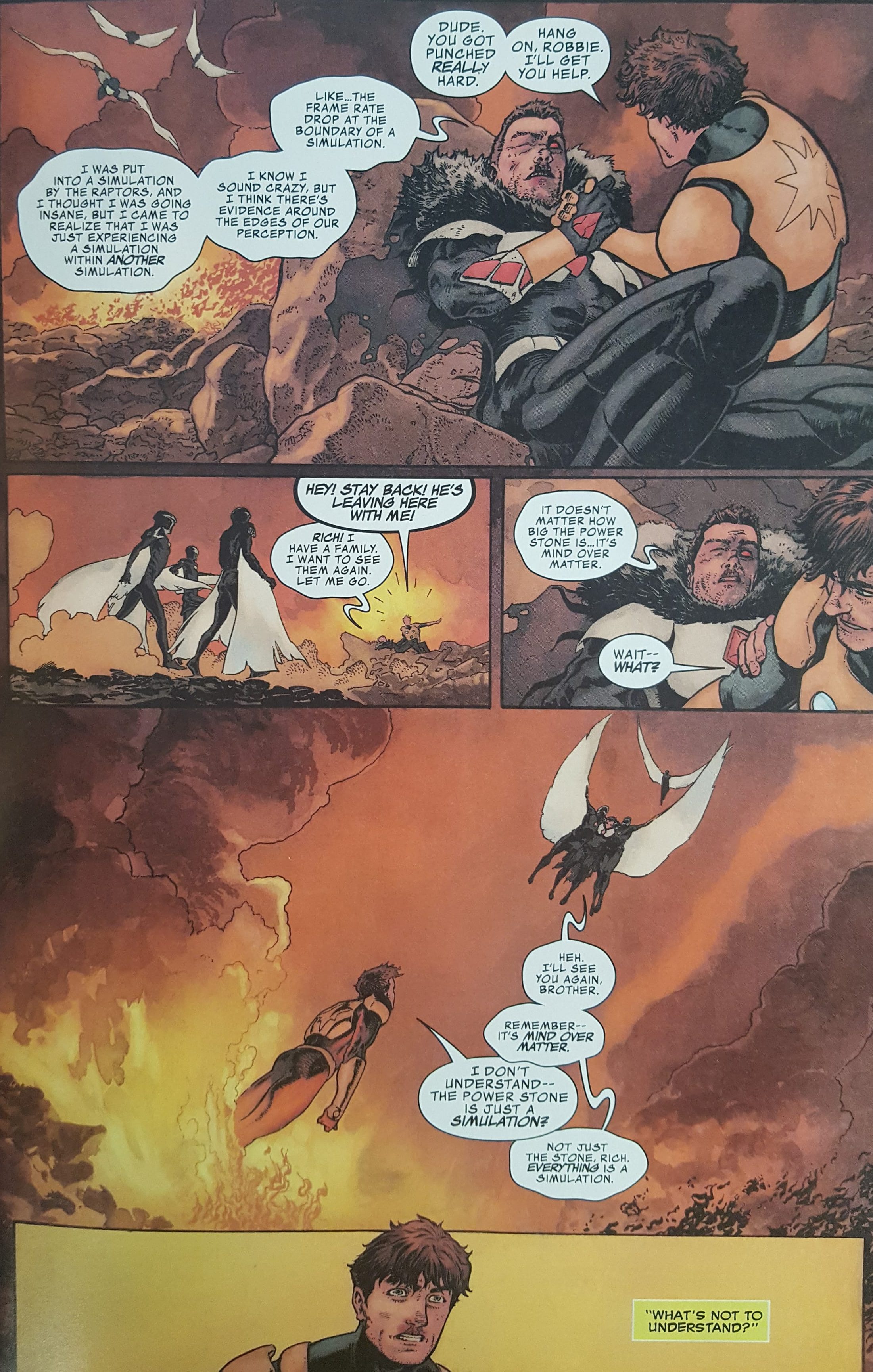 Nova would take the advice and relay it to Star-Lord who would use his mind to shrink the Power Stone. One can assume based off the evidence that they are actually involved in a simulation. 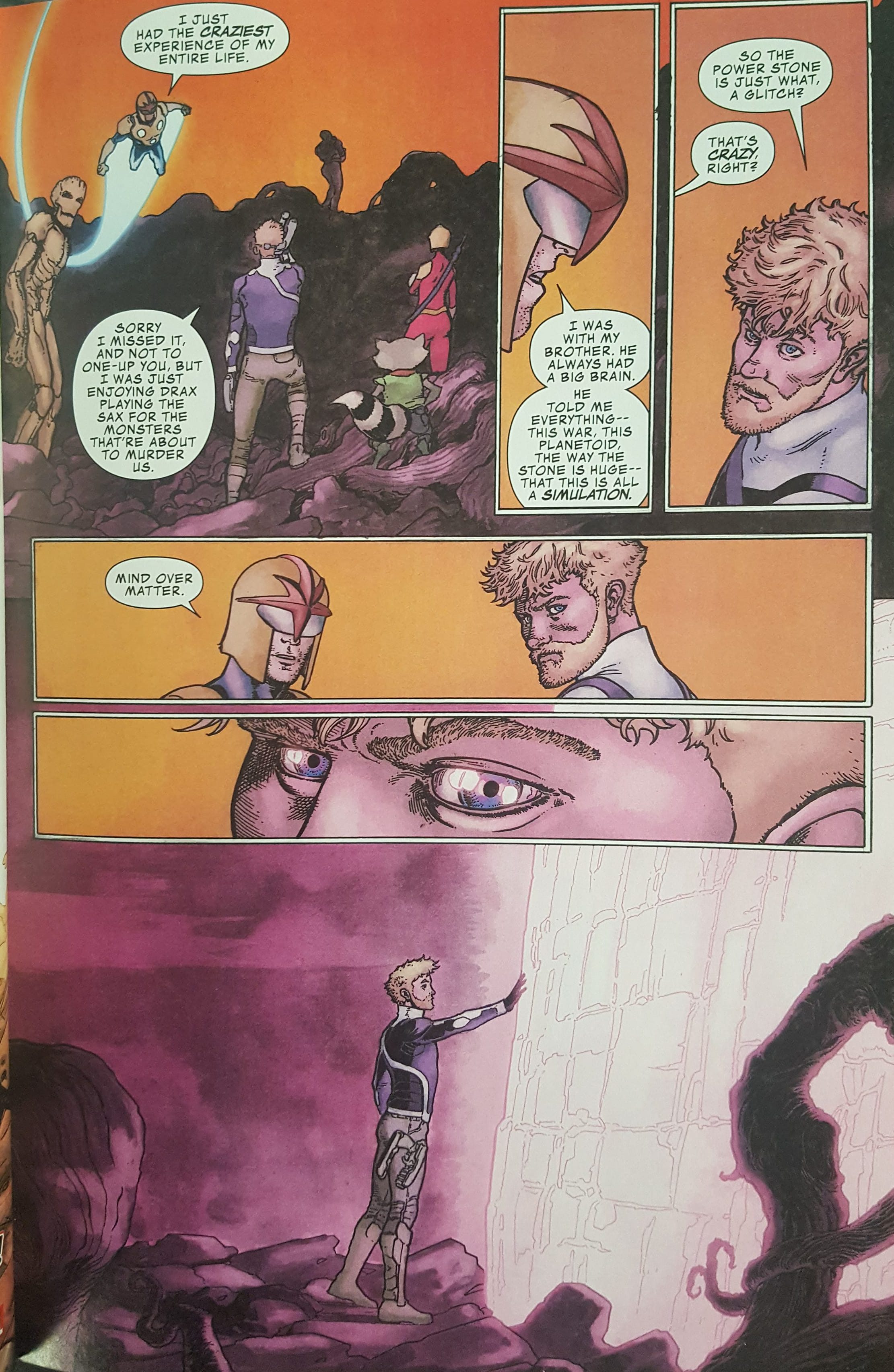 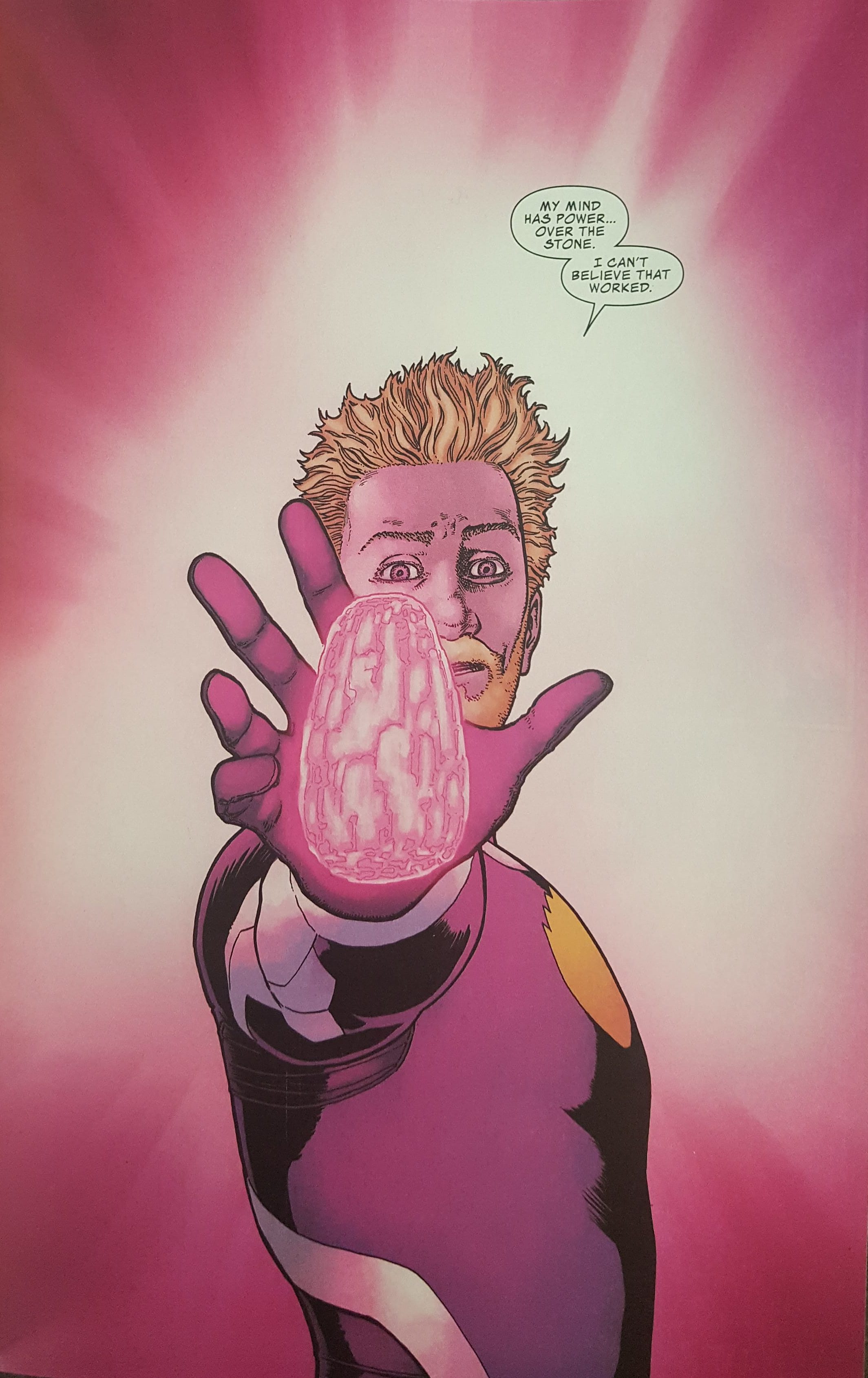 This calls into question the whole point of this story moving forward. If everything is a simulation, why in the world should I invest my time into a story that is just going to get cancelled out sometime in the near future?

Now, don’t get me wrong, I think you can have good stories with time travel and reality manipulation, but they need to actually affect the characters and have lasting consequences on them. But Marvel’s recent track record doesn’t indicate that’s where this story is heading. I hope I’m wrong.