Avengers: Infinity War hasn’t been in theaters for more than a week yet, but we are already getting hints at what might be in store for Marvel Studios’ Avengers 4.

If you’ve seen Avengers: Infinity War you know that Thanos sacrificed Gamora on the planet Vormir after the Red Skull explained what he needed to do in order to obtain the Soul Stone. Thanos drug a defenseless Gamora to the ledge of the mountain and then tossed her off of it. He was rewarded with the Soul Stone and we got a pretty gruesome shot of Gamora’s fallen body.

During an interview with E! Zoe Saldana hinted at her return for Avengers 4.

In the video below, Saldana describes the final day on set of Avengers: Infinity War.

“I mean it kind of felt, at least for me, it felt like a TBC [to be continued]. Because I know we will all have to come back at some point this fall and finish up the second, the fourth installment of Avengers. It felt like a see you later, it didn’t feel like a formal goodbye.”

Chris Pratt even added, “It didn’t feel like goodbye. Yea. That’s just right. Yea. It felt like a see you later.”

That sounds to me like Gamora will be back in action. There’s already a popular theory that while Gamora’s body might have died, her soul is actually trapped within the Soul Stone. In the comics, the Soul Stone houses a pocket universe called Soulworld.

In Avengers Annual #7 from 1977, Adam Warlock gets on the wrong side of Thanos. Thanos appears to have killed Warlock, but when Warlock awakens he finds himself within the Soul Gem. It was called the Soul Gem in the comics before the movies coined them the Infinity Stones. 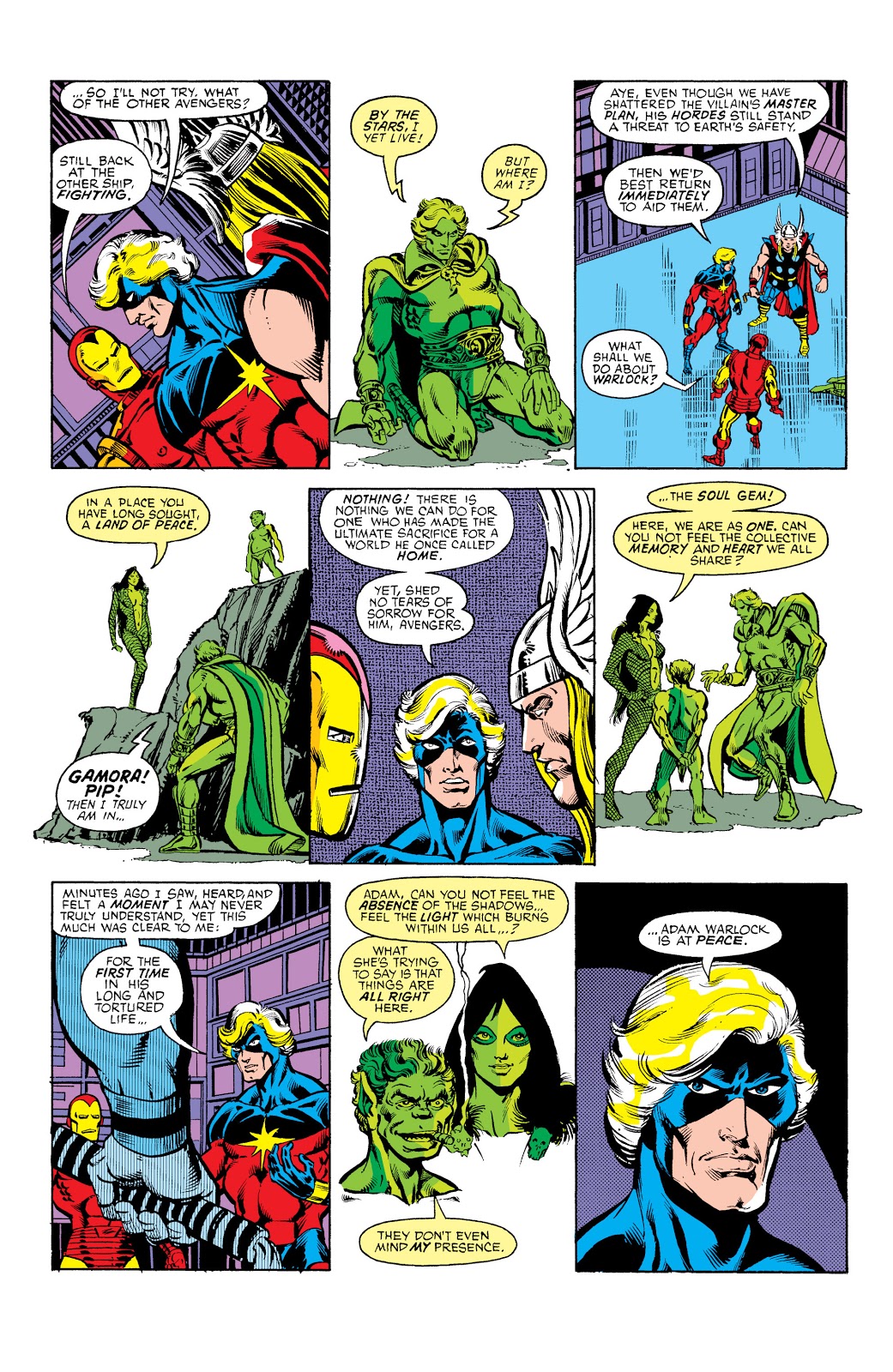 Adam Warlock would describe the Soulworld as a place where those within it are “truly together, for our hearts are open books, and this atmosphere breeds understanding and mutes the ego. Here we are all one and in this oneness there can only be…love.” 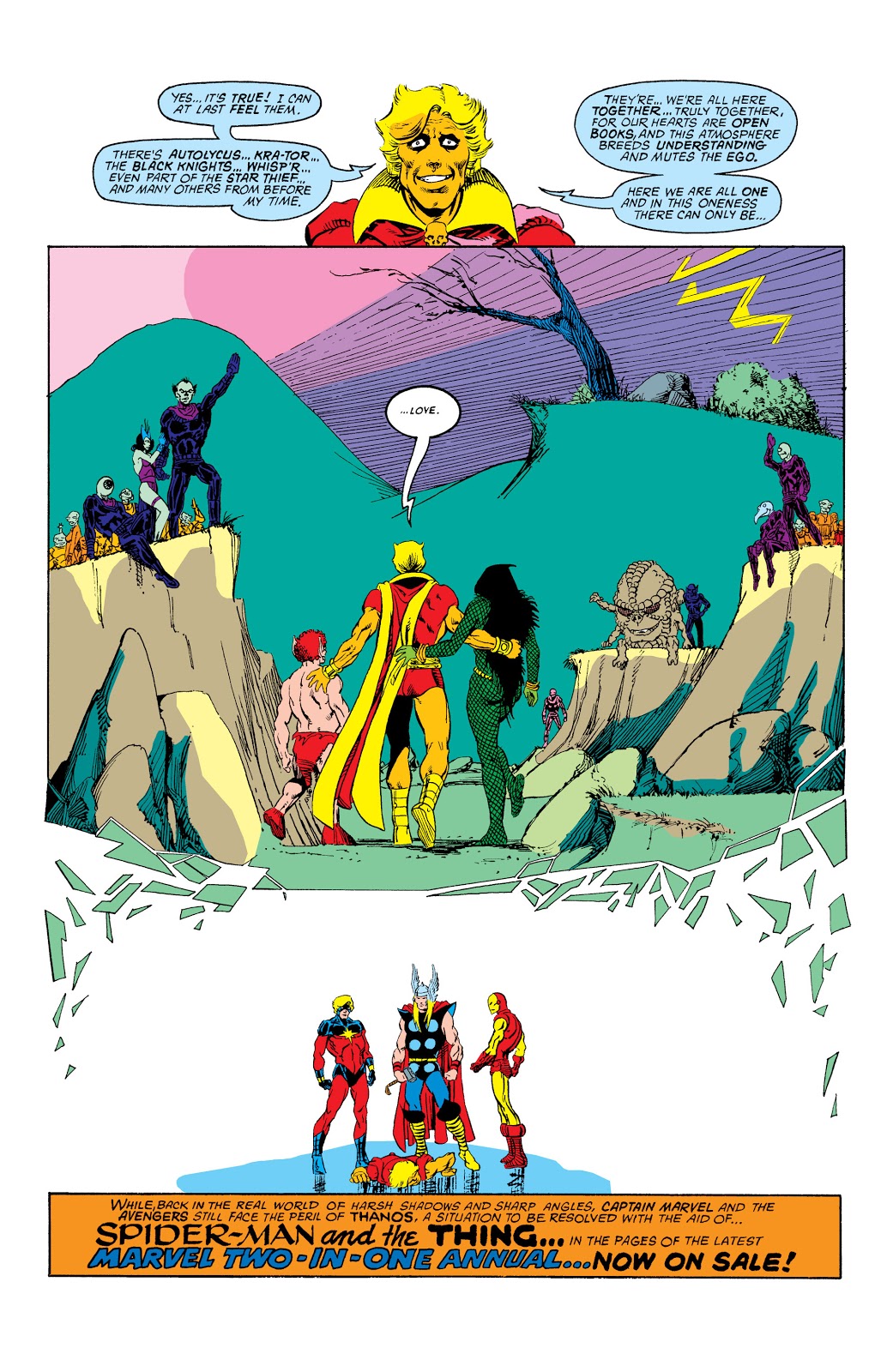 And if you notice, Adam Warlock is with Gamora and Pip the Troll while in Soulworld. His body might lay on the ground in front of Captain Marvel, Thor, and Iron Man, but his soul is in Soulworld. It’s quite possible the Russo brothers have something very similar planned for Zoe Saldana and Gamora after Thanos sacrificed her to acquire the Soul Stone in Avengers: Infinity War.

Avengers: Infinity War is currently in theaters now. Avengers 4 is expected to hit theaters on May 3, 2019, a year from today.