Batman has had a lengthy, if uneven, career in video games. So uneven it’s been, that had I wanted to write a Top 10 Batman Games list even just 10 years ago, I don’t know if I could have done it. Top 10 Worst games? Oh sure, that would’ve been easy; but 10 good Batman games were hard to find no matter how forgiving you might have been. Luckily for us, that has all changed. Batman games have become the gold standard of superhero games and he is finally being represented in digital form consistently in a way that pays homage to his legacy and greatness, as well as respecting his long-time, core audience. That being said, here is a quick run-down of the 10 BEST Batman games you can play right now. Actually, read this article first, then go play them.

10. The Adventures of Batman and Robin 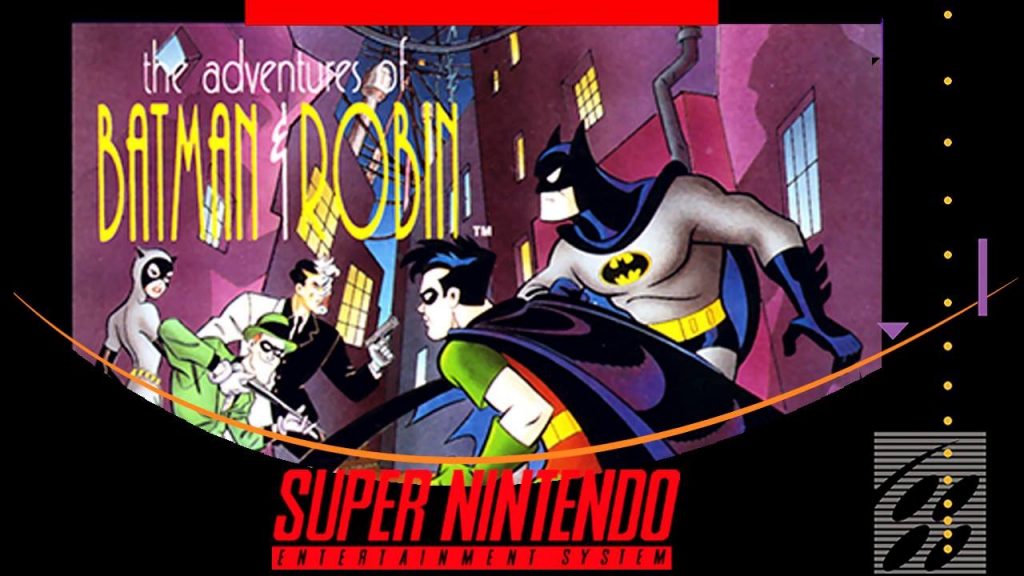 In the early 90’s if you weren’t watching Batman: The Animated Series, then you were wasting your time. That show created a legacy that is still being felt and emulated across various forms of media even today. One of the gifts that it gave us was one of Batman’s first decent video games in the form of The Adventures of Batman and Robin. Back when platformers were the main force in video games, this title could have easily been dismissed as another notch in the platformer belt. However, smart level design, recognizable music, tight controls, and great use of characters created a memorable experience for Batman fans. Some may decry this title being so low on the list, but nostalgia is a tricky thing and a playthrough of this title today will remind us all of why we’re so lucky that video game design has evolved as much as it has. Though not everything about this title holds up, it’s still a fun Batman experience. 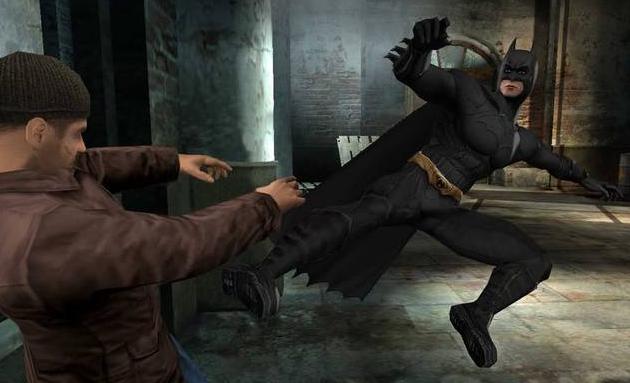 Most people will dismiss this game without even trying it, and they would do so with good reason. For one, movie tie-in games are typically garbage, and at this point, Batman had a very poor history in games. Batman Begins, however, overcame many of the obstacles its predecessors had laid before it and turned out to be one of the better movie games up to that point. With the likenesses and voices of some of the movie’s actors and slick production values, Batman Begins eschewed many of the movie tie-in tropes and even laid the groundwork for some of the uses of fear on enemies and predator style missions that Arkham Asylum would become famous for a few years later. While not a perfect game, Batman Begins is a lot better than it had any right to be and is still worth a look for fans.

8. Batman: The Brave and The Bold 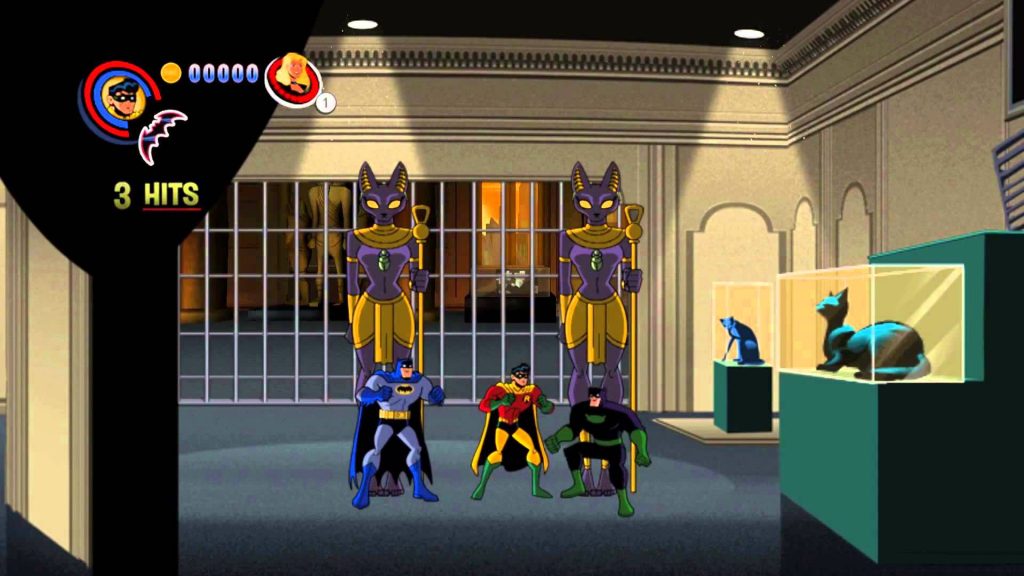 The Brave and the Bold television show was met with quite a bit of divisiveness upon its release. Batman fans saw it as a dumbing down of their dark and gritty hero in an attempt to appeal to a younger audience. Upon viewing, however, fans both young and old found a show with a lot of care put into it along with plenty of genuine laughs. Much the same can be said about the show’s video game counterpart. Appearing on both the Wii and the DS, Batman: The Brave and the Bold hit all the same notes as the show that inspired it, with great visuals, voicework, and controls. While some (like me) hated the whole motion control era that the Wii ushered in, the DS version was a fun, colorful platformer that was full of tight combat, great jokes, and a plethora of Batman characters both new and old. 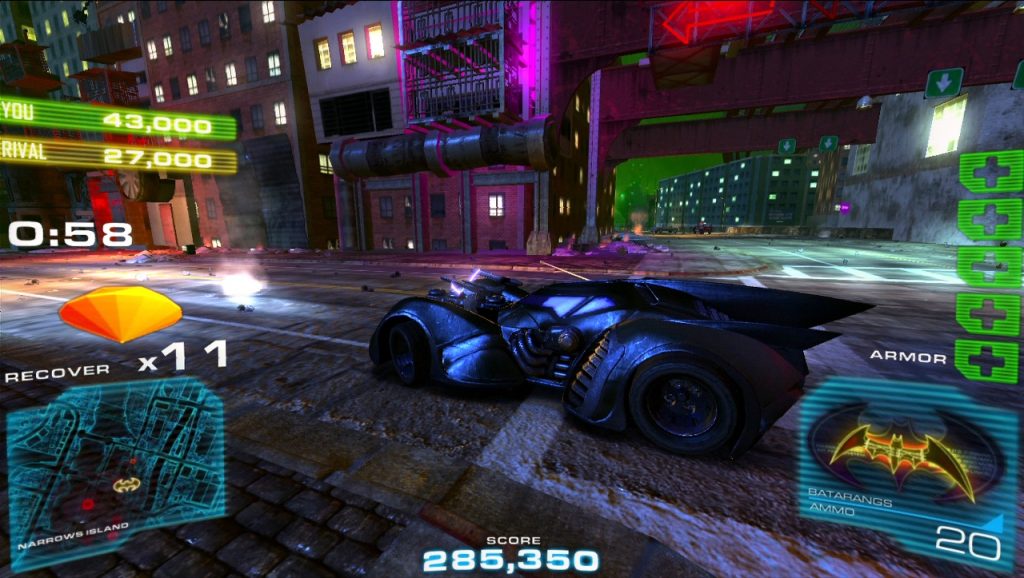 Most of you can be forgiven for not even realizing that this game exists because this one is (as of now) exclusive to arcades. I found this one accidentally while waiting in the movie theater to see The Hobbit. This game is simply a racing and car combat game and while that may not immediately send goosebumps down most gamer’s arms, this game is unbelievably fun! At the start of the game players choose which villain they want to chase after and they spend their time and quarters barreling through and destroying the streets of Gotham in order to get to them. The real gem of this game, however, is that you can choose from 10 different Batmobiles! Basically, if Batman drove it on screen, you can drive it in this game. Batman 66, Batman 89, the Tumbler, the animated series Batmobile, even the ones from the awful Joel Schumacher films are drivable. This game is over the top crazy, arcade driving goodness, and a great love letter to fans of Batman’s vehicle’s long and storied past. 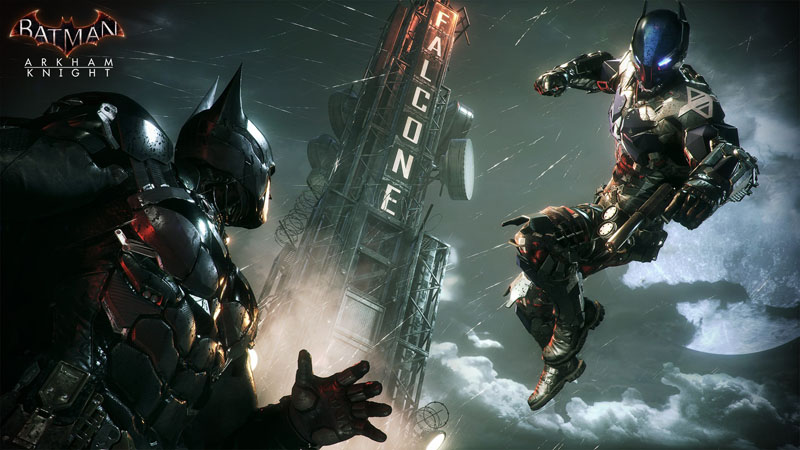 Rocksteady went out in style with their third and final entry into their amazing Arkham series. From a narrative perspective, Arkham Knight is easily the strongest. Rocksteady’s Batman swan song was filled with strong characters, epic battles, and a surprise twist that put the story over the top and left me smiling. Add to that an amazing and ambiguous ending, and you’ve got a game that’s worthy of the Batman lore that preceded it. Unfortunately, some aspects of the gameplay keep this one from reaching the heights it should have, and most of the blame falls squarely on the game’s biggest selling point: the Batmobile. Now, zooming around Gotham and launching Batman out at full speed was consistently thrilling, but the sheer amount of combat you were forced to use the Batmobile for was overwhelming and frustrating. The Batmobile combat scenarios rear their heads way too often and even early on in the game, they’re not a lot of fun. Even two of the big boss battles that had been teased all game long turned out to be lame car battles. This unfortunate aspect keeps the game from being higher on the list, but if you can look past it, Batman: Arkham Knight is an amazing Batman experience that absolutely should NOT be missed. 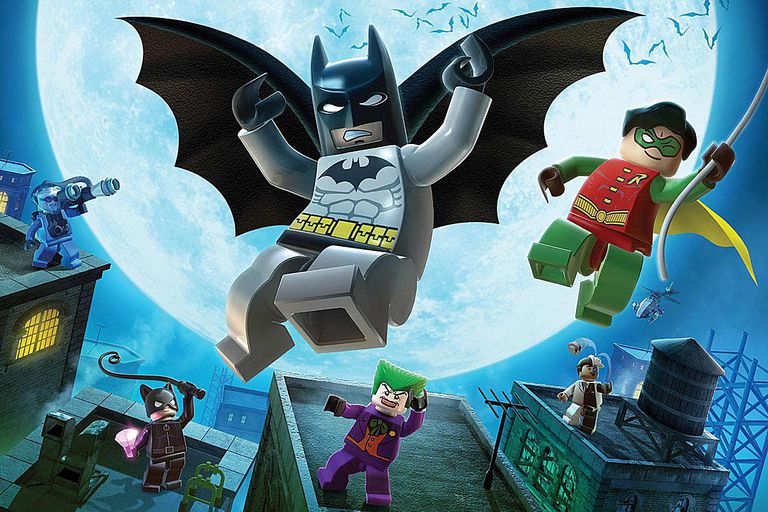 There have been several LEGO Batman games, but since they iterate so little from title to title, I’m just lumping them all together here. There’s something undeniably charming and altogether infectious about traversing the LEGO worlds while smashing and building all manner of crazy contraptions. All the LEGO games have been great in this aspect, but the LEGO Batman games are extra awesome because, well, Batman. No other Batman games have delved so deep into The Dark Knight’s lore and us gamers are all the better for it. With a staggering number of unlockable characters, crazy weapons, locals from Gotham, to Metropolis, to outer space, The LEGO Batman games have offered gamers both young and old hundreds of hours of brick smashing goodness. Not every game in the series has been completely stellar, but the quality has been high with every entry and I have never gotten tired of playing them. 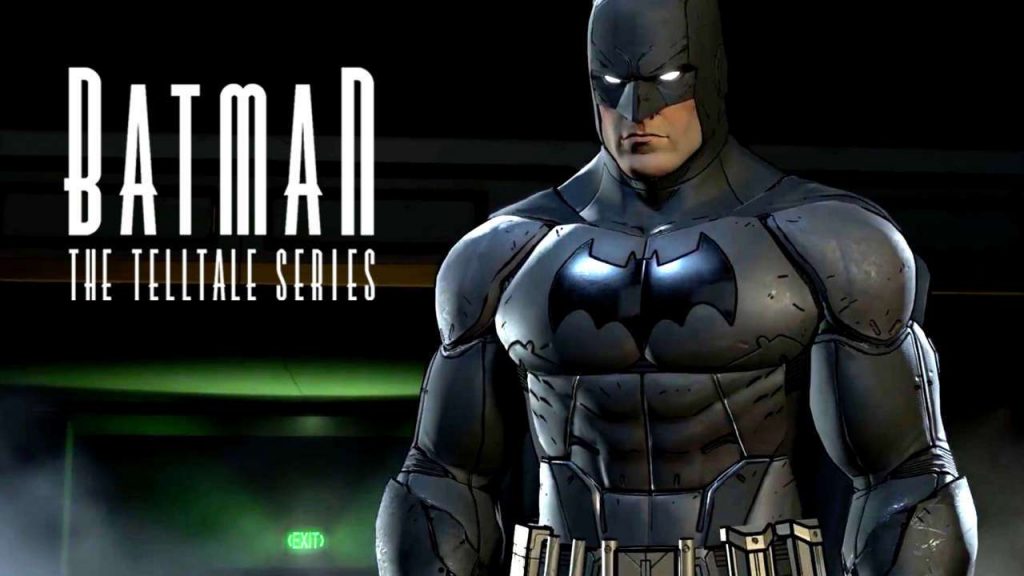 If the Arkham games did a good job of making you feel like Batman, the Telltale series excelled in making you feel like Bruce Wanye. While most Batman games focus on combat, this game puts an emphasis on story, decision making, and detective work. The story can go in a multitude of different ways and you, the player, get to determine the course. You can make Batman a cold-blooded jerk, or you can go a more passive route. Either choice is valid and will progress you through the story, but your relationship with characters, your ability to converse with certain people, your reputation as Batman or Bruce Wayne, and more will be drastically affected due to those very decisions. The timed button pressing for combat is a little clunky, but thankfully, combat is a very small aspect of this game. Most of your time will be spent in conversation and detective work and that’s what sets this Batman game apart from its video game brothers.

Origins has always been the black sheep of the Arkham game series. Most notably because this entry was not designed by series stalwarts, Rocksteady. That one fact led a lot of gamers to give this game undeserved criticism and while it’s not the pinnacle of the series, it’s still much better than most people give it credit for. Arkham Origins is set in the second year of Bruce Wayne’s tenure as Batman and as such, we get to spend time with a less seasoned Batman. This aspect isn’t explored as deeply as it could have been, but the rest of the story, as well as a surprise antagonist, give this entry a strong narrative that delves into not only Batman/Bruce Wayne’s formation, but some of his rogues gallery as well. This is also the first game in which we get to explore a full Gotham City and it’s a lot of fun hunting down trophies and stopping crimes on the snowy streets of Gotham. Extra points for it taking place on Christmas Eve! 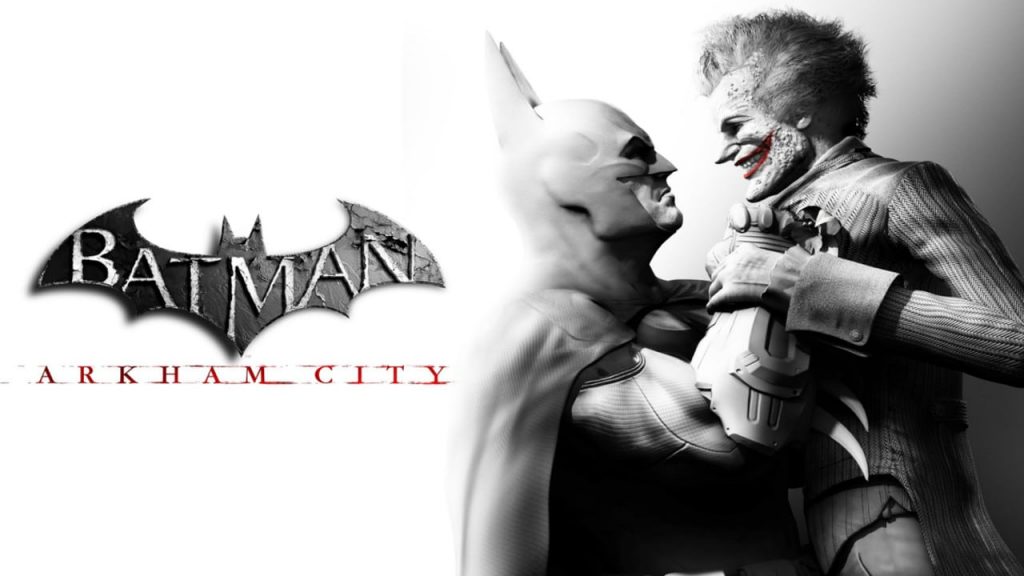 Arkham City stood on the soldiers of the best Batman game ever and made everything bigger, if not entirely better. Everything that you did in Arkham Asylum was expanded in Arkham City and gamers couldn’t get enough. We got more villains, more missions, more story, more allies, more everything! This one could be in a constant struggle with Arkham Asylum for the number one spot on any given day for a lot of people, but for me, this one lands squarely in the number 2 spot. I LOVE Arkham City, and while I missed the claustrophobic nature of the original game, Arkham City was a sprawling open world that was fantastic in its own right. It was also nice to see Hugo Strange turned into a credible villain; a role that tends to escape him in a lot of his comic book turns. 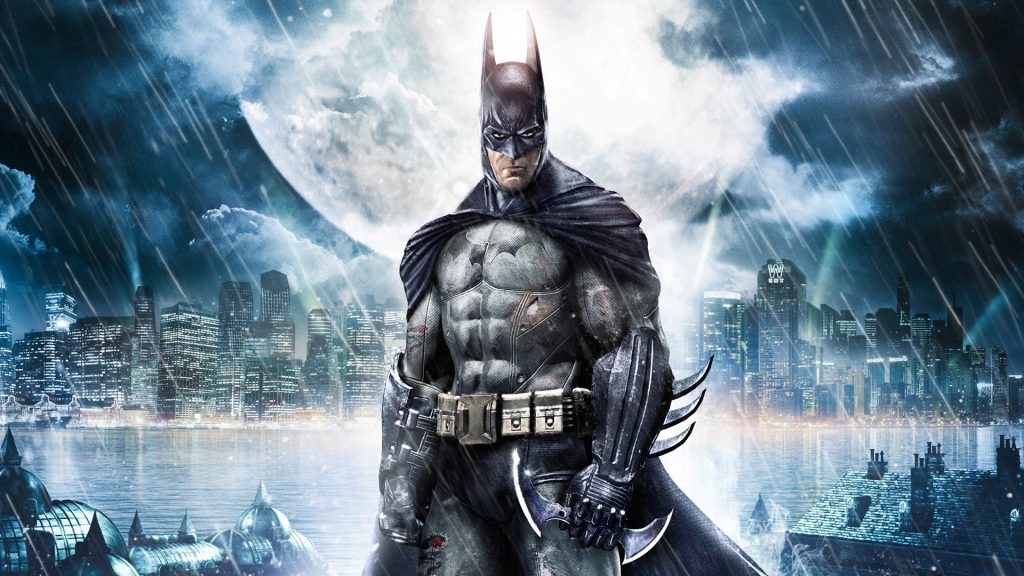 No surprise here; the one that started it all! Many think that the subsequent sequels only improved on the foundation that Asylum laid, and while I can’t argue with all of them on those points, for my money, nothing beats the original. For one thing, Arkham Asylum was the first truly great Batman game and is probably the sole reason we are still getting quality Batman games today. From the impressive opening cinematic, to the final boss battle, Arkham Asylum fires on all cylinders and lands every single punch it throws. The asylum itself may be the best character in the game, and that’s saying something when you have a game as full as memorable characters as this one does. Creeping along the decrepit hallways and uncovering the Asylum’s sadistic past is equal parts disturbing and exhilarating. This is also the game that introduced us to the famous rhythm based combat that Batman is so closely associated with now. On top of all that, the major voice actors from Batman: The Animated Series reprised their roles here, adding an authentic flavor that boosts the game even higher up the ‘awesome ladder.’ Subsequent sequels may have added some amazing gameplay components, but they owe it all to Batman: Arkham Asylum!

Well, there you go; that’s my list. Most of you will undoubtedly and certainly SHOULD disagree with the placement, or even the inclusion of some of these titles. I’d be interested to hear which of these you agree/disagree with and how you might have ranked them yourselves.