Marvel’s upcoming Fresh Start Initiative which began with Avengers #1 this past week, has seen a lot of apprehension on whether the stories will be good and Marvel Comics can turn it around. Probably, one of the biggest controversies was putting Black Panther writer and The Atlantic columnist Ta-Nehisi Coates on their upcoming Captain America title.

Leaked photos of the Free Comic Book Day issue with a sneak peek of Coates’ Captain America story with artist Leinil Francis Yu showed the story would include a confrontation between Antifa-like forces and Alt-Right type pro-Hydra forces. It also hinted at some kind of Russian connections.

This Free Comic Book Day provides some details, but they still remain quite a mystery. The Power Elite appear to be old Soviets who have gone underground. But what’s really interesting is that Coates’ dialogue actually describes the Soviets in negative terms. 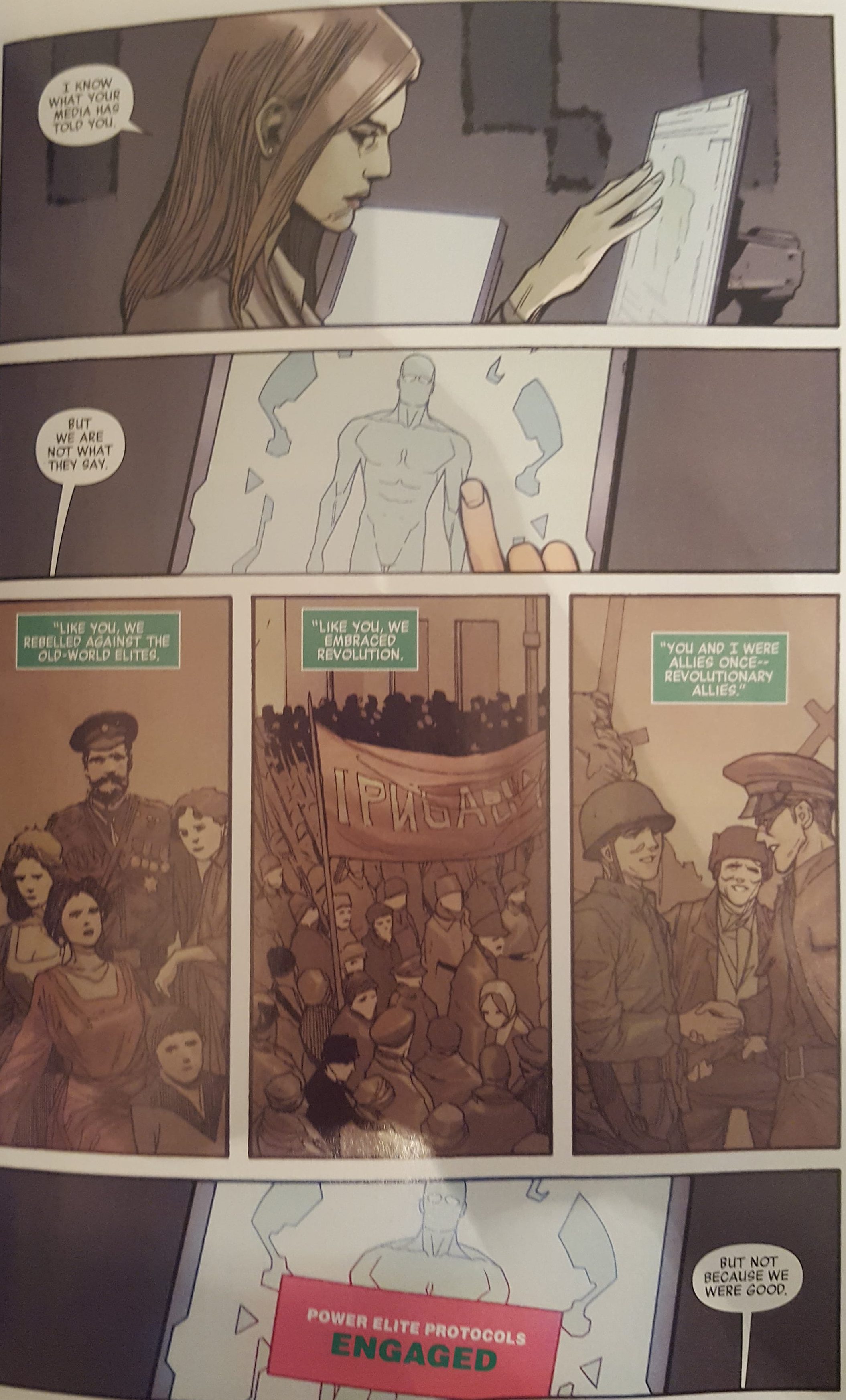 However, these people might have once been Soviets, but they now appear to be Americans as the one member of the Power Elite who narrates the entire issue says, “But we who love America have forged a sacred trust. Of Defense…Science…Commerce..And God.”

What does their trust aim to do? The mysterious Power Elite member says, “This sacred trust stands against the weak, the parasites, the feeble minds so that America may be strong again. Right again…Born again.”

The parasites and feeble minds appear to be both members of Antifa and the pro-Hydra alt-right forces as they are the first victims in the Power Elites attack. 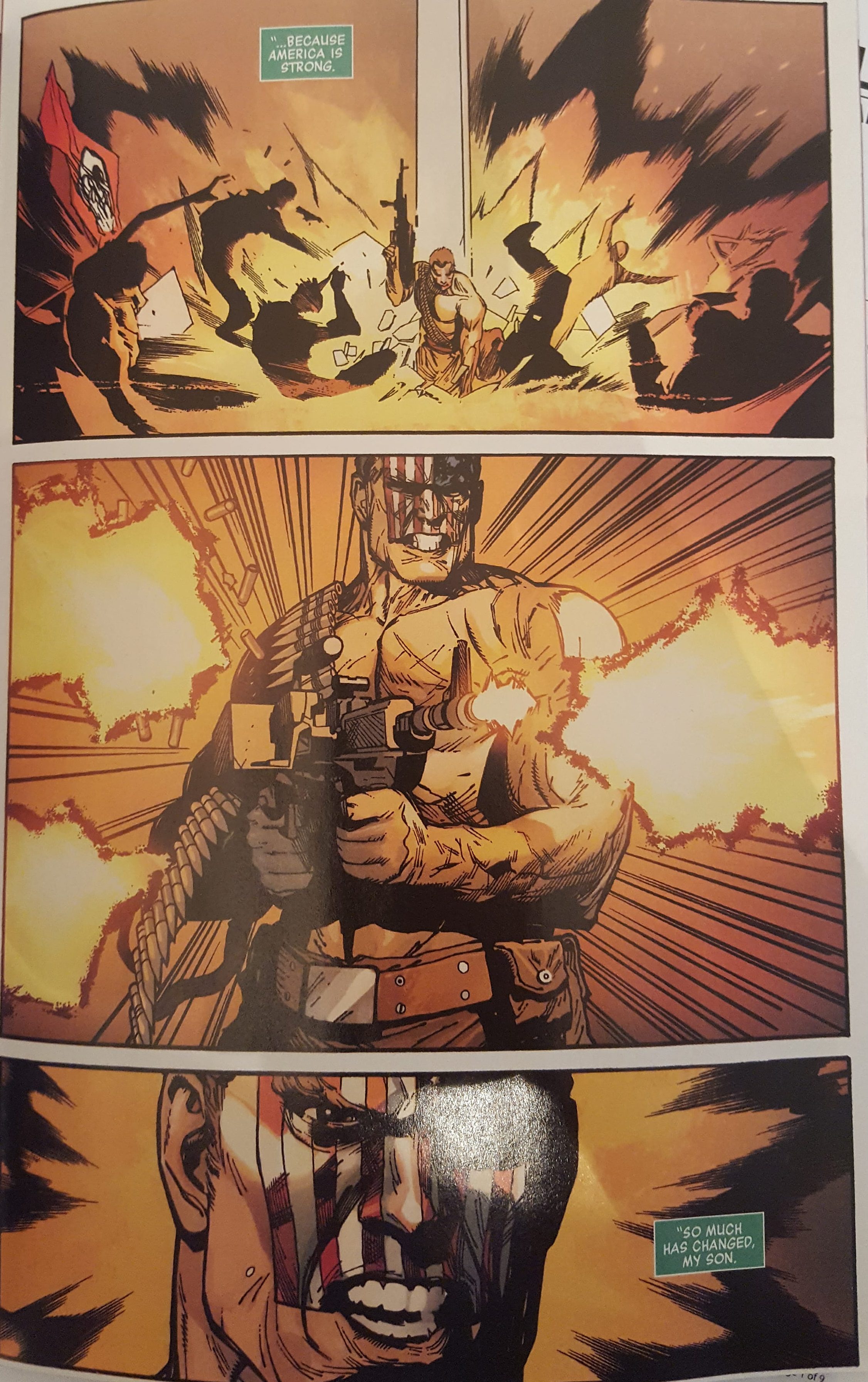 Fortunately, Captain America easily handles Nuke as he has done in the past. However, the Power Elite have a trick up their sleeve. In order to accomplish their goals they have an army of Nuke clones. 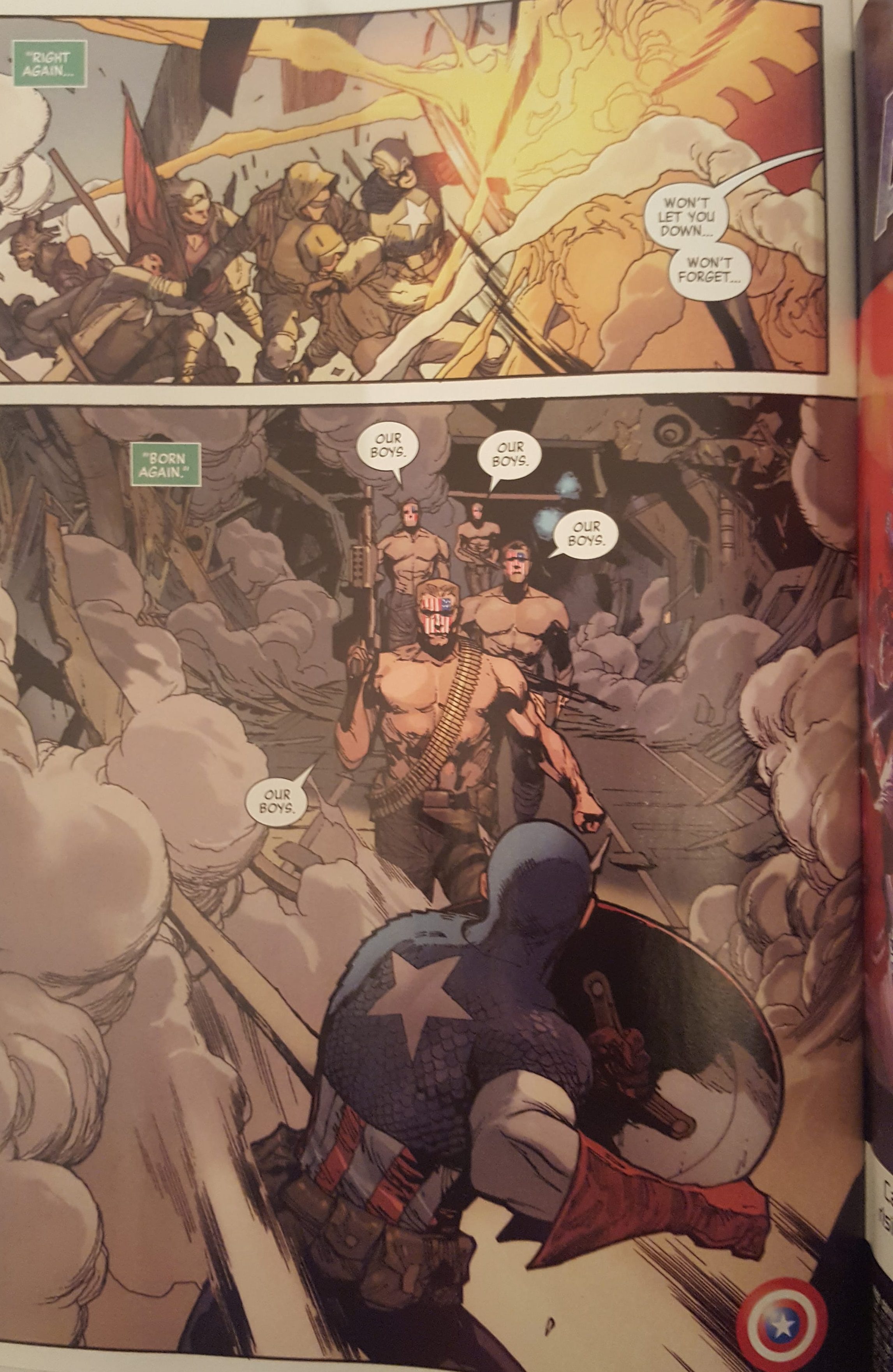 If you are unfamiliar with Nuke, he was originally a soldier during the Vietnam War who agreed to undergo experimental procedures in order to duplicate the super-soldier process that created Captain America after he could not find a place in the world after the was was over.

The experiments did turn him into a super soldier; however, there was a side effect that caused his mental stability to decline and saw him believe he was still fighting in the Vietnam War. He would go on to do black ops work for the government and contractors.

Nuke’s appeared in the “Death of Wolverine” story where he attempts to collect on the high bounty on Wolverine’s head. He ends up losing badly when Wolverine bashes his head repeatedly. His last appearance was in Weapon X where an army taking Nuke pills was being used to exterminate mutants in the fictional country of Santo Marco. Interestingly enough, the original Nuke aka Frank Simpson was sent to kill the leader of Santo Marco.

I’m actually really interested to see where this story will go and will definitely be picking up Captain America #1 when it comes out on July 4, 2018.