To be clear, Cates and company don’t alter Venom’s origin story. They make it clear that is still intact. Spider-Man still accidentally bonded with the Venom symbiote and after realizing it was reading his mind and attempting to make the bond permanent he rejected it. The symbiote would then attach itself to Eddie Brock and swear vengeance on Spider-Man. That origin is still intact.

However, Cates and company have added some serious detail to the history of the symbiotes and have actually tied it into Project Rebirth and the Super Soldier experiment that created Captain America.

Eddie Brock and his symbiote are having nightmares. And in those nightmares they see a monster. A monster that actually scares the symbiote. But it’s not just scaring the symbiote it’s actually causing it physical pain. Physical pain that is causing the symbiote to go erratic and become more violent. Brock attempts to keep it at bay with anti-psychotic pills. However, it doesn’t really work. The symbiote takes over and nearly kills a couple of police officers. But it’s not your regular Venom, it a Venom symbiote that has been radically transformed with a new look.

Fortunately, Rex Strickland shows up and subdues Brock’s enraged symbiote. He then ties up Eddie Brock and begins to interrogate him. He also tells him a tale about the history of the symbiotes with the United States government. Strickland explains that Project Rebirth 2.0 which saw Flash Thompson bonded to the symbiote wasn’t the first of its kind. It was just the latest. 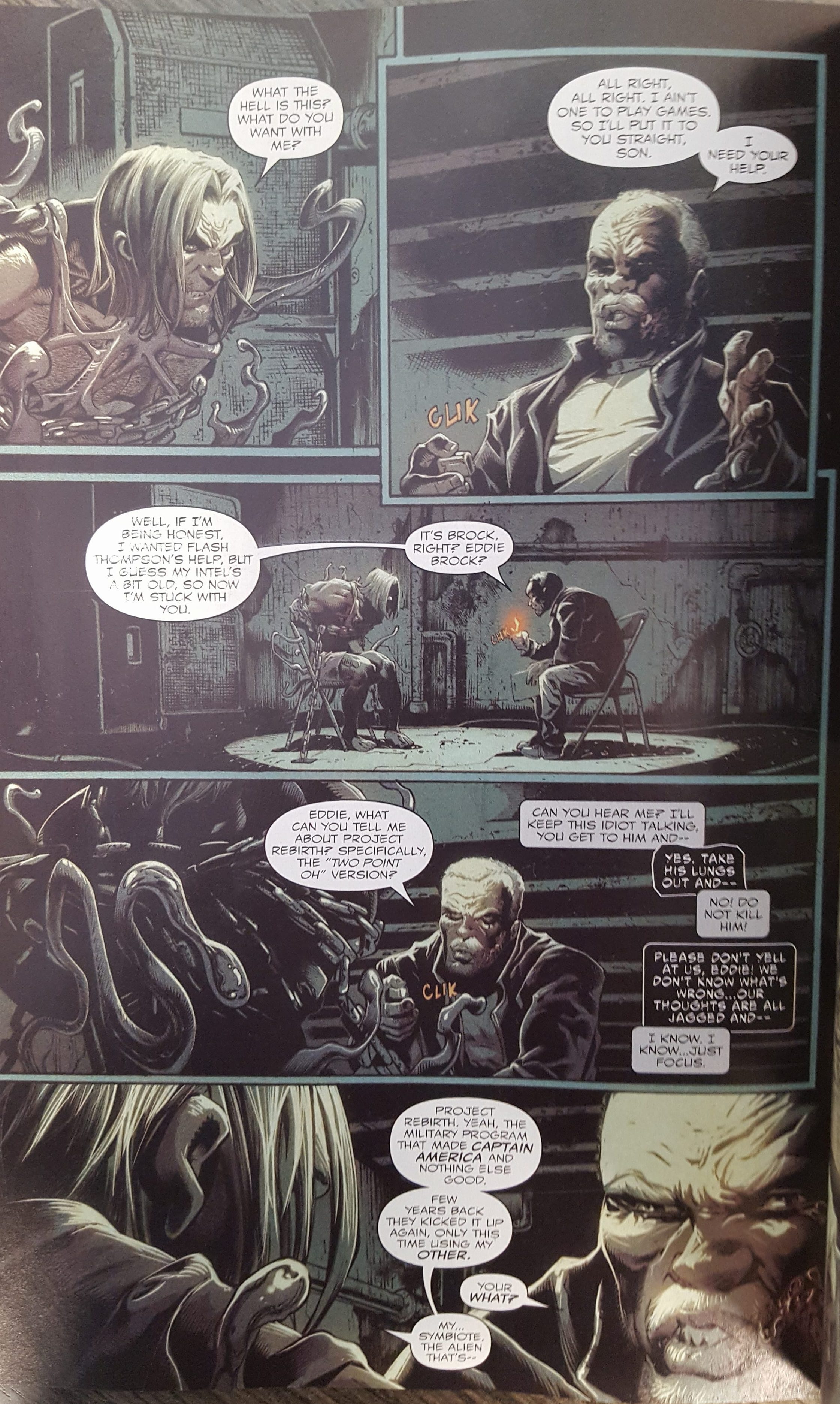 Strickland explains to Brock, “You ain’t the first. Neither was Flash. Not by a long damn mile.” 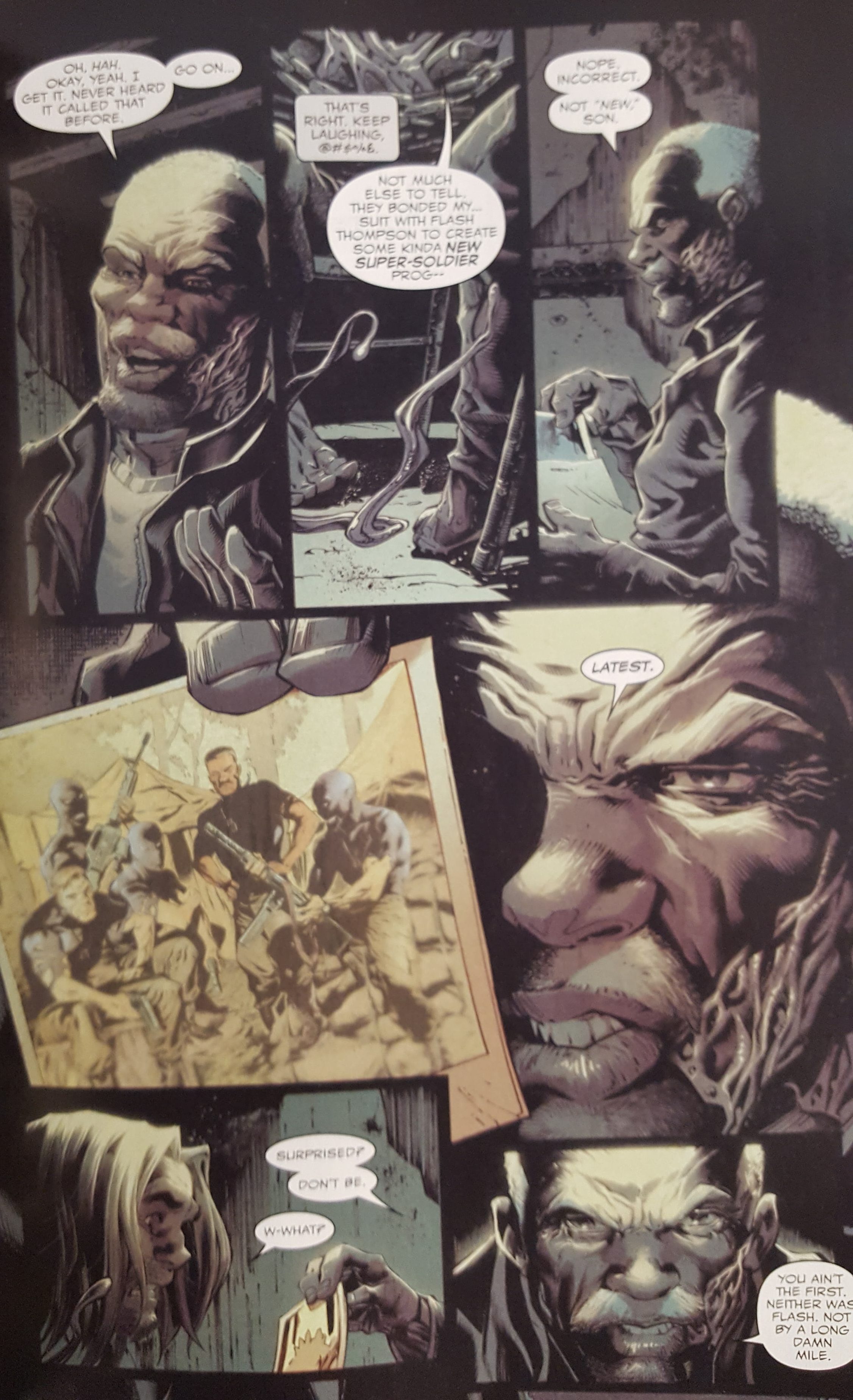 He then goes on to detail some of his former partners in the sym soldier program are being held captive by the U.S. government. “They went on too many missions. Got themselves permanently bonded with their aliens. And, well…government didn’t have much use for ’em after they all went insane. So they put ’em on ice.” 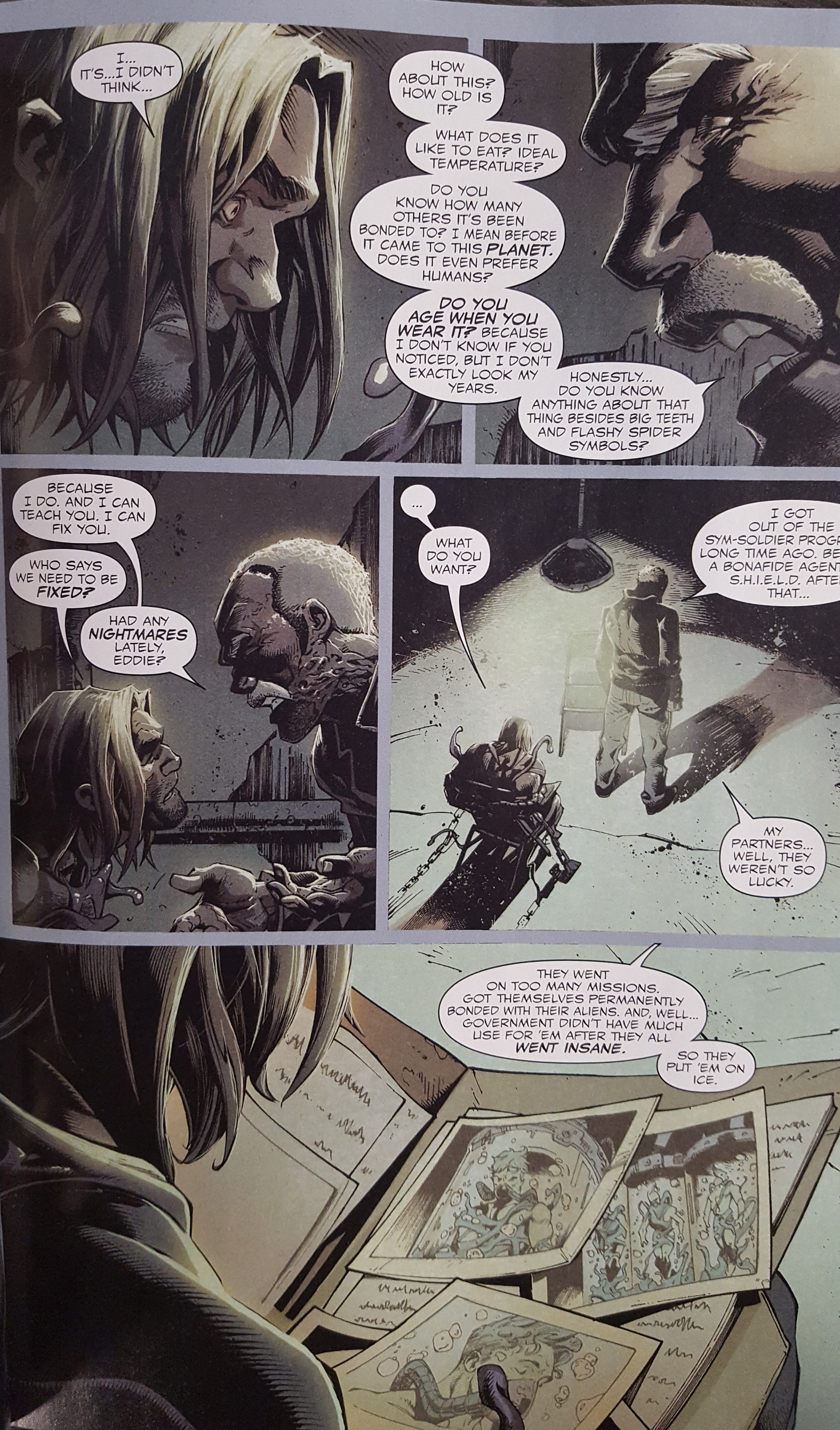