Writer Donny Cates, penciler Ryan Stegman, inker JP Mayer, and colorist Frank Martin put together an absolutely fantastic debut issue in Marvel Comics’ Venom #1. The book has a fantastic horror vibe, but there’s also a layered story with a mystery underneath it, a perfect task for Eddie Brock and Venom to uncover. But while the story looks to be extremely promising, there’s also fantastic character work and an engaging relationship between Brock and his symbiote.

While this debut issue was absolutely fantastic, things aren’t looking so good for Venom and Eddie Brock. Brock and his symbiote are plagued by nightmares. These nightmares have also caused his symbiote to freak out. In fact, Brock’s been taking anti-psychotic pills in order to keep the symbiote at bay and prevent it’s mental breakdown from completely taking him over. However, they don’t really work very well.

While documenting an arms deal that goes wrong, Brock loses control of the Venom symbiote. He describes the sensation as “drowning. Falling deeper and depper inside of this…thing. This monster that used to be us. This language deafening. Can’t think. Like broken glass in my mind.”

But, he’s not just feeling pain and agony as the Venom symbiote warps and takes over him. Venom actually undergoes a complete physical transformation. He’s even more horrofic than before. His teeth are no longer neatly aligned. They are jagged and out of place. He has red veins pulsing around his body, but probably the most recognizable feature is that he has a massive spiral on his forehead. It’s a truly horrific design that might even give some of you nightmares. 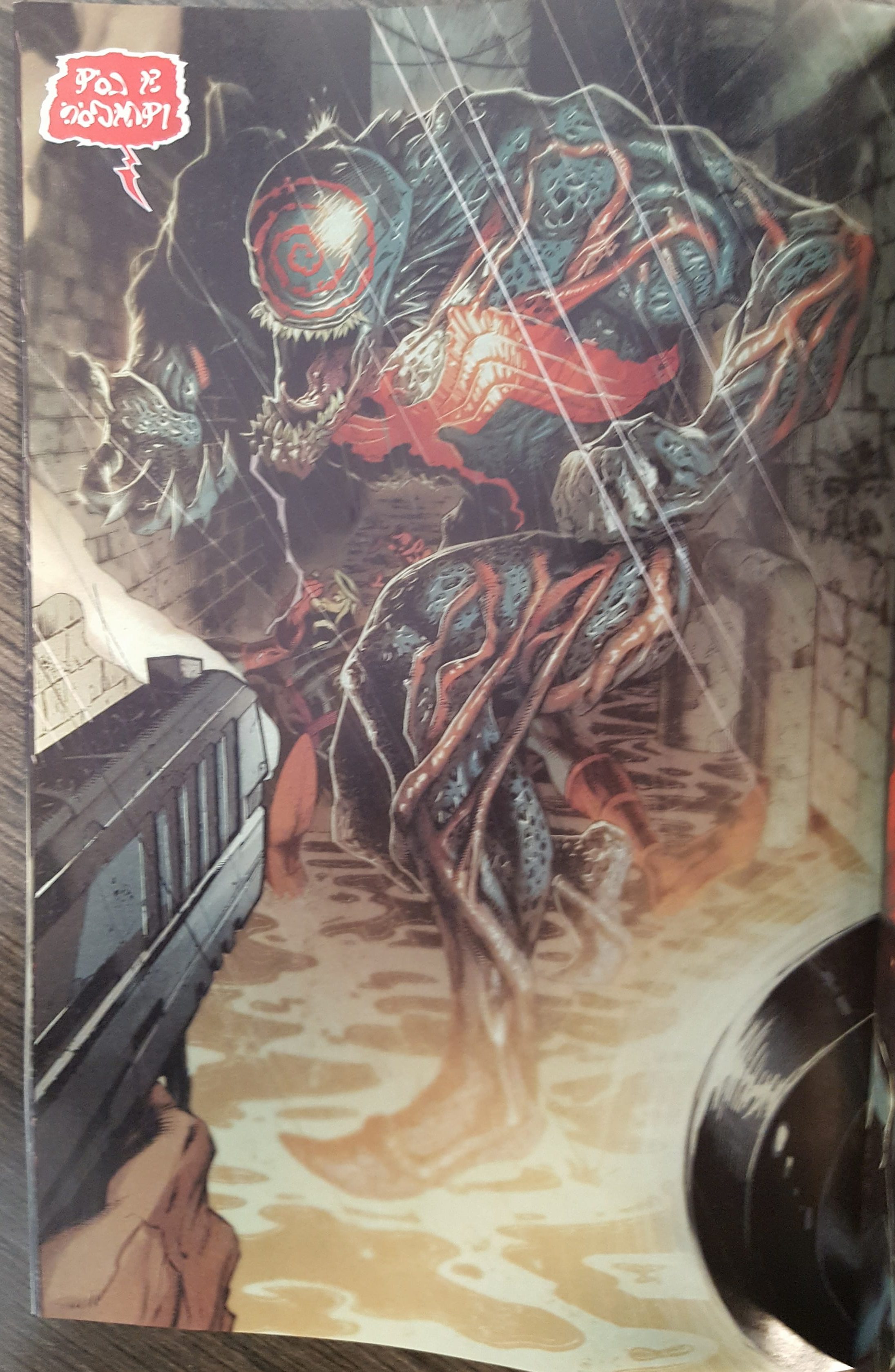 I highly recommend picking up this series. It’s another winner from Donny Cates and Marvel Comics. Let’s hope more of their Fresh Start Initiative books are like this one!