For a while now, the future of Batman has been unclear. While screenwriter and director Matt Reeves is hard at work somewhere on a screenplay, fans are unsure of who will play his Caped Crusader. It would seem Ben Affleck‘s Batman will have his finale sometime in the next couple of DC Films. In fact, he may not even get that far. The answer might not come anytime soon. But until then, quite a few actors have expressed interest in playing the part. Now, one more has added their name to the list: Michael C. Hall. 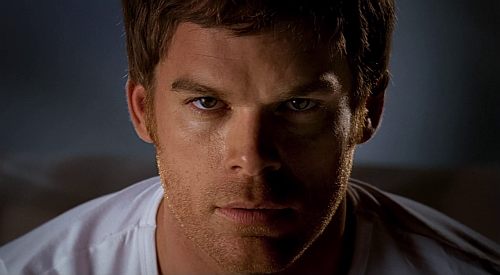 The Dexter-alum was speaking with Yahoo Movies about his upcoming Netflix film, Safe. He was then asked what he thinks of Batman, a character he gave voice to in Justice League: Gods and Monsters.

“In that particular iteration of the superhero origin story, it was an alternative universe, he was a vampire. But Batman in general, I like him as a superhero, because he’s not particularly endowed with superpowers, he’s just smart. And the suit!”

Both the interviewer, and Safe co-star Amanda Abbington, suggest Hall would make a great Batman. He replies with a quick Michael Keaton impression.

“I’m Batman, tell your friends about me [laughs]. I love that, that was the Michael Keaton version. Well, thanks, sure – I’m all for that.”

Hall is a fantastic actor. One who could bring gravitas and tension to a role that absolutely demands it. Think about the kind of secrets Bruce Wayne and the Batman have to hide. At 47-years-old Hall is two years older than Affleck, which probably puts him out of contention. There’s no indication that Reeves or Warner Bros. are looking for a younger Batman, but they probably want a Batman willing to stick around.