Before you know it, another Harley Quinn film will be upon us. It will be in the form of a superhero ensemble called Birds of Prey, named for the famous DC Comics team. Dead Pigs director Cathy Yan was named as the helmer for this Suicide Squad spin-off. A bold move for a studio in need of such things. Now, Margot Robbie has opened up about the project with some incredible and exciting ideas.

While speaking with Collider, Robbie expressed what she wants to see in the spin-off as well as her own excitement for Yan. First, she talked about pitching her idea to the studio.

“I pitched the idea of an R-rated girl gang film including Harley, because I was like, ‘Harley needs friends.’ Harley loves interacting with people, so don’t ever make her do a standalone film. She’s got to be with other people, it should be a girl gang. I wasn’t seeing enough girl gangs on screen, especially in the action space. So that was always a big part of it.”

Many agree that Robbie’s performance was the highlight of the 2016 film by David Ayer, clearly the studio agrees. She then talks about Yan in the directing chair.

It’s obvious that Robbie is passionate about this film, in particular. She’s been working closely with screenwriter Christina Hodson on the script. Considering this is the only film Robbie is currently producing along with Warner Bros., it’s safe to assume this is where her attention lies.

As you can see by this art sample, Harley Quinn isn’t always synonymous with the Birds of Prey, although she does team up with Batgirl, Huntress, and Black Canary in the current Batgirl and the Birds of Prey run. 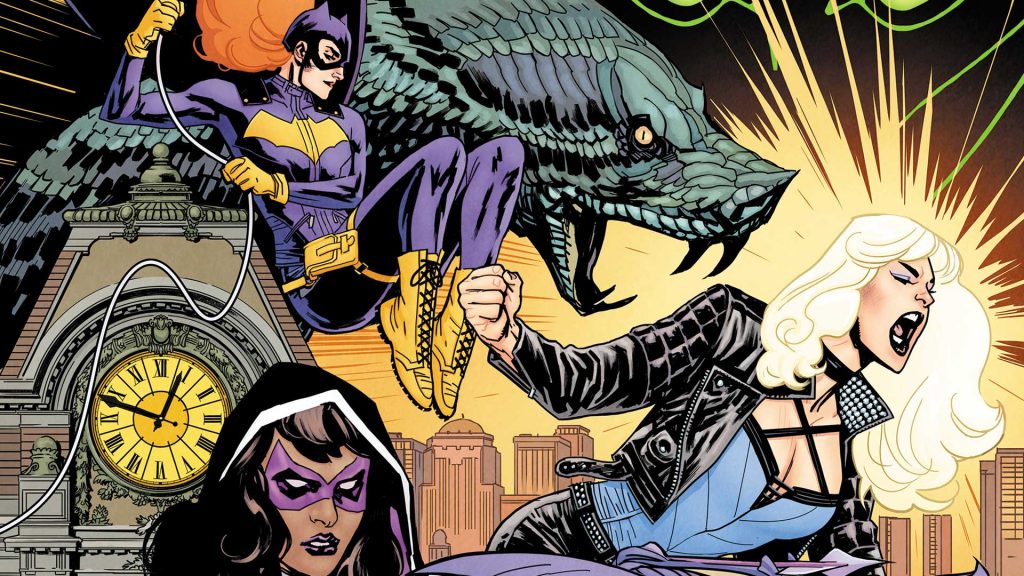 But as she grows into a superhero/anti-villain, she does need some friends. Everything Robbie had to say about her character was absolutely true. By modern standards, no one wants to see Harley Quinn be a flat-out villain anymore. That’s not how she’s portrayed; that’s not how the fans see her. But fans do want to see Quinn having fun in some wonderfully destructive ways.

An R-rated ensemble film with female superheroes is the best way to do that.

Remember, that doesn’t mean the story is going to be ridiculously dramatic or tense. It means it’s going to be violent and vulgar, two elements that help to make up Harley Quinn’s DNA. She’s more than just Joker’s Girlfriend, she’s a funny Femme Fatale who could have a Universe all to herself. She’s getting one step closer with Birds of Prey.