A New Day is Dawning

Scott Snyder is taking over the Justice League comic. It’s a big deal. New foes have been introduced into the Universe. New Justice League’s have been formed. The Four Omega Titans have arrived. Just what horrors will they bring? And oh yeah, who are the Omega Titans, exactly? If you haven’t been reading DC Comics lately, you’re going to want to start. The wonderful writers and artists have begun an awesome new age for these heroes. Hopefully, it will draw in plenty of new readers.

But it can get a little confusing, right? Quite a few changes are coming. So many that Justice League will be a brand new beast under the watchful eye of Snyder. To help you keep tabs on all of this daunting information, this will serve as a guide to the new age of the Justice League. Let’s sift through all of the new announcements to help create a portrait of what’s to come. First, let’s take a look at the League’s brand new logo! 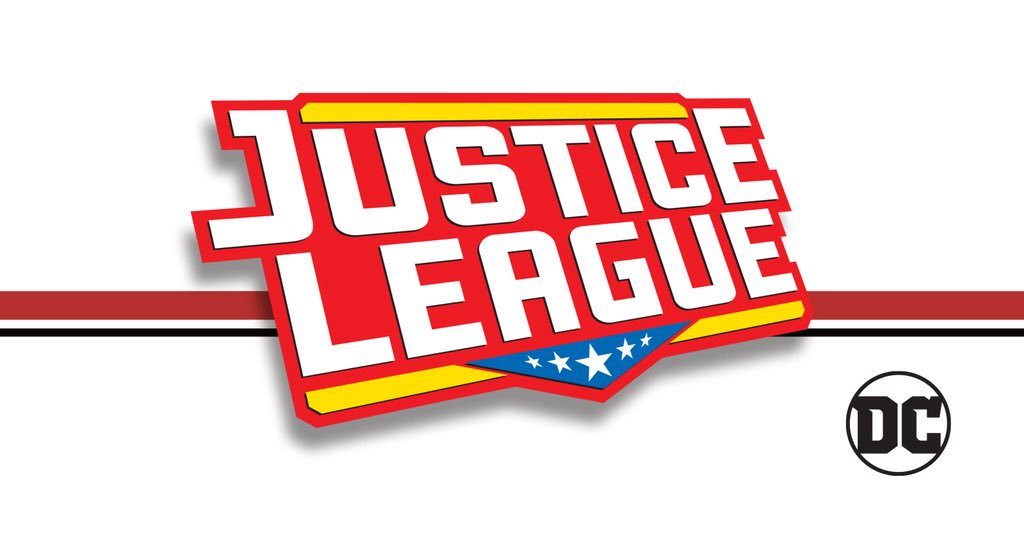 This will be the brand new Justice League logo! As the series goes back to #1 for Snyder’s arrival, it’s featuring this brand new logo. The stars and stripes, the 3D quality. Retro is right! This looks like it’s right out of the Super Friends or Justice League: The Animated Series, which makes a lot of sense considering Scott Snyder is a huge fan. As he reveals here in an interview with ComicBook.Com.

Snyder is actually referring to the lineup of the teams, but clearly his fondness for the TV shows is reaching into others parts of the comic.  The logo isn’t the only thing he’s altering. Quite a few characters are going from obscurity to front and center, and a couple of heroes are having their very powers altered! 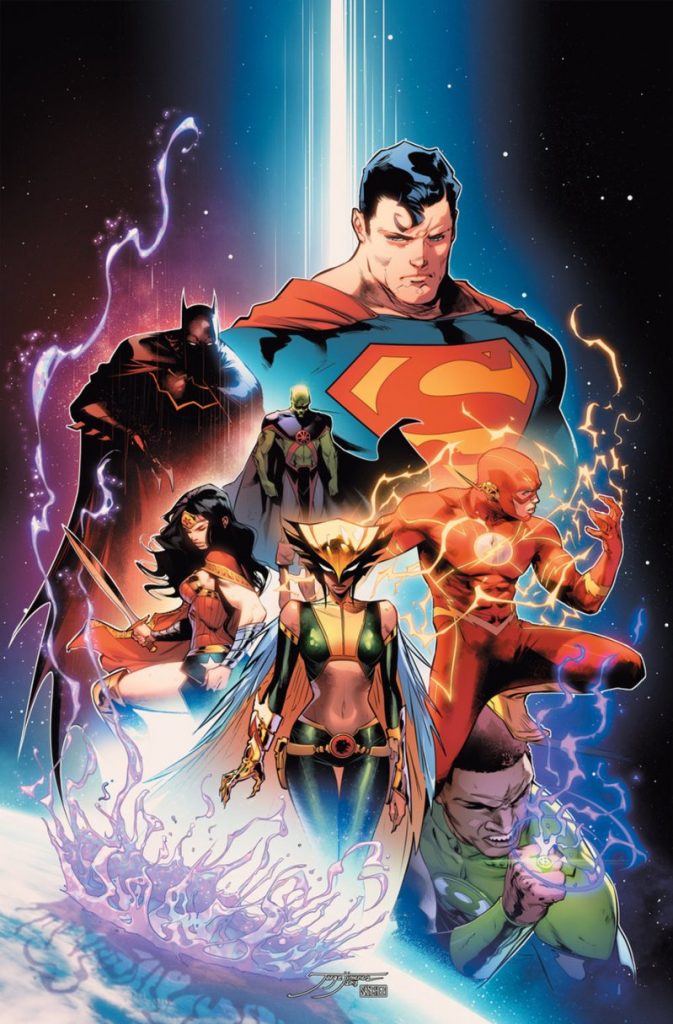 As you can imagine, Snyder’s missed some of the better characters in those Animated DC cartoons. Characters like Martian Manhunter, Hawkgirl, John Stewart, and the Flash will all be making a resurgence or having a new alteration thanks to Snyder’s work. We’ve talked about Snyder altering the Speed Force with a brand new idea – the Still Force. Not only that, apparently Gorilla Grodd will have some part to play in helping the Flash with that new Force. Flash isn’t the only hero undergoing some changes. According to Snyder, from the same interview, expect some fan favorites to come back to the limelight.

“Martian Manhunter was always the heart and soul of the team. He connects everybody, literally and figuratively. That said, where he’s been over the last five years, what he’s discovered, and the role that he’s going to need to play for the Justice League is something very, very new.

Similarly Hawkgirl, to me, is somebody who I loved in the animated stuff, I loved the way she was portrayed in Geoff Johns’ amazing stuff, in JSA, and in Hawkman itself, but that said, I didn’t want to bring her in just to have people be like, ‘I remember that. I love that,’ so her story actually connects in a huge way to what happened in Metal, as you know, because of the Nth Metal, Tenth Metal, all that kind of stuff, but what you realize is the way in which it connected, and the reason that she has this connection to this kind of mystical elemental substance plays right into Justice League.”

John Stewart and the Green Lantern Corps will also see new powers come to the fore:

“We revealed the cover, not long ago, that had Jon Stewart seemingly powered by an invisible emotional spectrum, ultraviolet, infrared, those kinds of powers that have been locked away and possibly known about by Sinestro for a long time. So similarly, it’s almost like with each pair of characters in each arc, we want you to feel as though you’re learning things about their mythology you never knew existed, just as they are. They’re challenged by bigger forces, bigger enemies, bigger conflicts and bigger mysteries than we’ve ever tried before with these guys. We want everything to feel new and unfamiliar.”

It’s these Leaguer’s that fans should get excited about. Heroes that have been sidelined since Rebirth, or even as far back as The New 52, deserve to be on DC’s greatest team.

Welcome back, Legion of Doom! 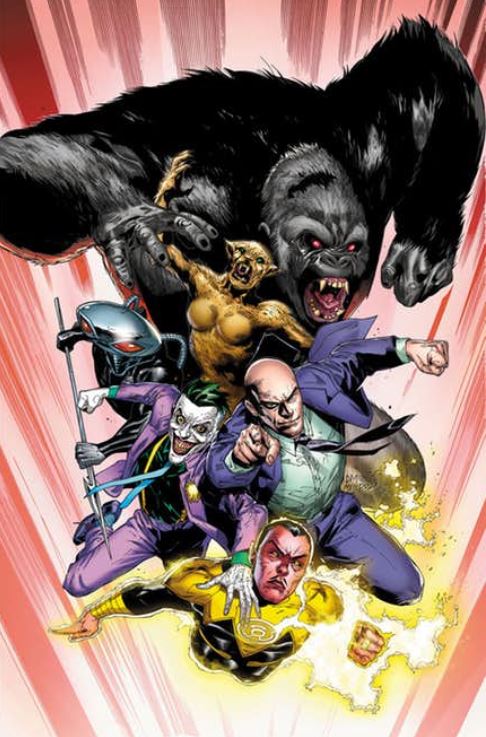 The villains will be getting some new additions as well. DC’s greatest villains aren’t just making a return on the big screen, it’s happening in the comics too! With some surprising new villains being added to the fold. In an interview with Comic Book Resources, Snyder talks about the importance of The Joker to the Legion of Doom.

“He’s got a very dark role, but as the series goes on, he actually becomes more and more important to the Legion, and Luthor’s reasons for picking him become more and more apparent. But! I didn’t want to sort of put him out there and have him be doing everything and use him really quickly in a big way, because Joker is an extremely special character to me. If I’m gonna put him on a team, I need him to have a very specific role.

Let’s put a face to those names! DC actually tweeted out an interior page from Justice League #1 showing off the brand new Legion of Doom.

Justice League — meet the Legion of Doom! Here's an EXCLUSIVE look at the villainous squad from the pages of JUSTICE LEAGUE #1. Pencils by Jim Cheung, inks by @mark_morales11 and colors by @tomeu_morey. Issue #1 out 6/6: https://t.co/MO2erH14Ic pic.twitter.com/vL1ayxxrCW

The characters include Joker, Sinestro, Gorilla Grodd, Black Manta, and Cheetah. As Snyder says, Lex Luthor is also part of the team. It’s a solid line-up that looks very familiar to what DC Comics’ movie universe could look like as we know Black Manta will be appearing in Aquaman and Cheetah is the main villain in Wonder Woman 2.

Snyder’s plans extend far beyond character and team resurrections. These stories will be building to something HUGE.

In an interview with Den of Geek, Scott Snyder talks the changes he’s making to the fabric of this Universe. One was the Still Force, another is the culmination of everything Snyder has been planning for the last few years.

“We have a very big story — not to spoil too much — called the Something of Hypertime. I don’t wanna give away what it is, whether it’s like the Death, the Birth, anything like that. But that’s coming both in Flash and in Justice League. This is our opus. This is my DC love letter/opus/soap opera that has started all the way back in Batman, but really ratcheted up to the whole DCU in Metal.”

Snyder’s quotes here are the most exciting news about Justice League so far. He’s been one of the stars of their writing team. Arguably the star. The fact that he’s building to what could be his greatest and grandest work is exciting enough. The fact that he’s doing so in the pages of one of the biggest comics on the planet, with some of the greatest characters on the planet, is even more exciting.

It’s really interesting that he referenced The Flash as well. If you haven’t been following The Flash, writer Joshua Williamson just began The Flash War which was teased in The Flash Annual. It sees Hunter Zolomon return with his own version of The Rogues to torment The Flash!

The Hall of Justice 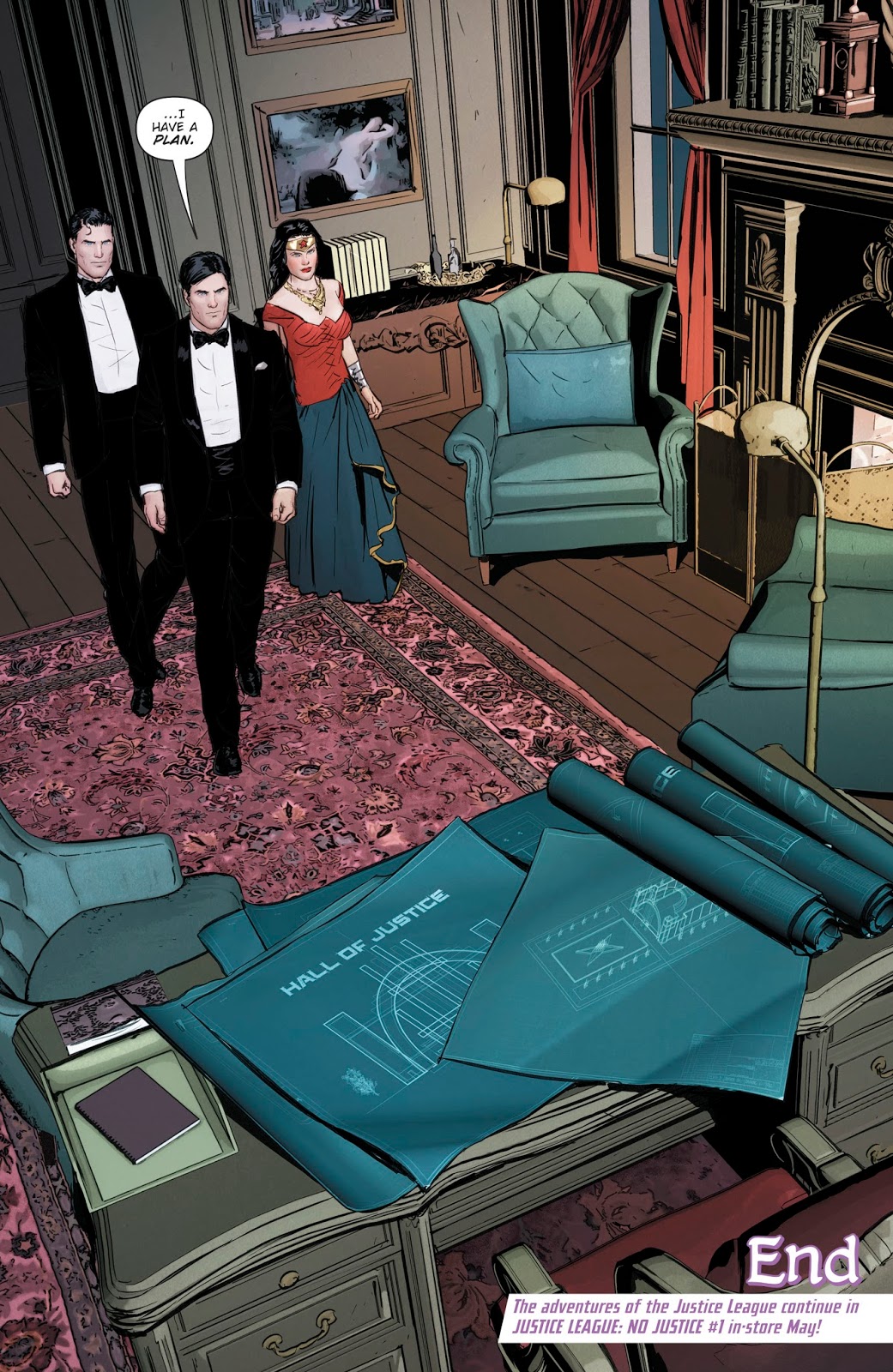 But that’s not all! The Hall of Justice will also be making a return.

This shouldn’t be new to anyone as the current run on the Justice League saw their satellite plummet to Earth after an attack by The Fan. Snyder also hinted at the return of the Hall of Justice in the epilogue of Dark Nights: Metal.

The changes to the comic aren’t just literal. Scott Snyder knows that a certain spice or element has been missing from the comic. He’s looking to change that.

With a love of all things old and new, Scott Snyder seems like the perfect person to helm the Justice League and make the entire team as big as fans remember.

He’s absolutely right. The New 52 definitely spoiled a few comics by trying to keep every Universe together, but for years now none of these comics have built to anything. Other than the Marriage of Cat and Bat, there haven’t been any major events that connect the characters. 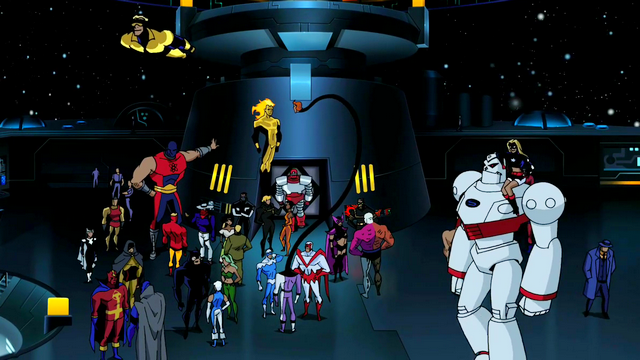 Snyder also wants to channel the feeling of Justice League: Unlimited, which was a great series that expanded the lineup of the Justice League. Scott Snyder is looking to replicate that in a different way.

“That feeling that they’re not just seven big characters that exist on the Watchtower and fight aliens and fight the biggest stuff and wrestle with their role with civilians and all that stuff. I always loved the version where it was like, ‘They are the hub and they meet everybody.’ In the first issue of Justice League, you’re gonna see Vixen and Animal Man and Dr. Fate and Swamp Thing and The Atom. I promise you, you will get how big we’re going from page one.”

It’s not just the team’s that are getting bigger. Take a look at this new announcement from Brainiac about the Omega Titans!

Lots of chatter about the Omega Titans that you caught a glimpse of at the end of JUSTICE LEAGUE: NO JUSTICE #1 this week. Here's some reference, via Brainiac: pic.twitter.com/OSDAGv7AlL

The New Age of the Justice League 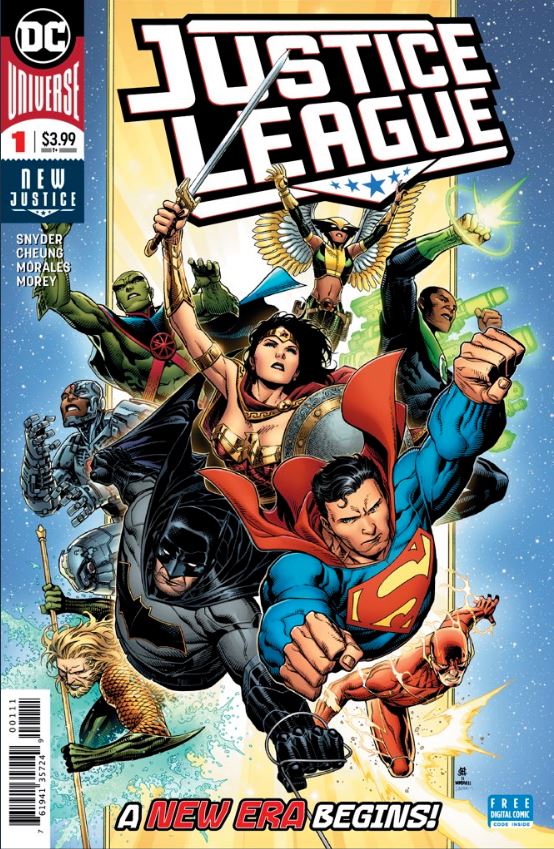 That’s a lot to take in. New villains, new worlds, new teams, new…everything. If the Justice League comic has felt stale over the last couple of years expect that to change. Scott Snyder is bringing a lot with him to the world of comic’s greatest team. Insane monsters with cosmic abilities; re-emerging heroes who have been dormant for far too long. These days you’d expect there to have been some sort of fan petition before such awesome changes happen. But no, it just takes a writer as bold and adventurous as Scott Snyder.

Like Brian Michael Bendis and his debut on Action Comics, Snyder’s getting quite a bit of fanfare. However, Snyder’s Justice League could be the best new DC book in years. All of this preparation, all of this careful character work. Scott Snyder’s isn’t just expanding DC’s borders, he’s expanding the creativity of their current stories. He’s infusing these characters and books with a kind of odd and exciting energy. Snyder is creating an alluring level of mystery for his new debut, which began last week in Justice League: No Justice #1.

Hopefully, he can keep the momentum going until the release of Justice League #1 on June 6th.