**Warning Spoilers for The Punisher #224 Below**

Writer Matthew Rosenberg and artist Stefano Landini have put together another solid issue of The Punisher. Previously, Frank Castle was sent on a mission by Nick Fury to take down General Petrov of Chernaya. In order to accomplish this mission Fury provides The Punisher with the location of the War Machine armor. Frank easily steals the armor and pursues the mission directive using his own direct tactics. After completing the mission, Frank has returned stateside and he’s taking his one-man war on crime to the next level. His first stop is The Bar With No Name.

While at The Bar With No Name, Frank brutally kills Steel-Jaw and then splits Scourge in half. And that’s after he purifies the entire bar with fire and fury. He then pursues a number of villains who attempt to flee his pursuit including Bullseye, Rhino, and Grizzly. While in pursuit, Frank is attack by none other than Captain Marvel aka Carol Danvers. 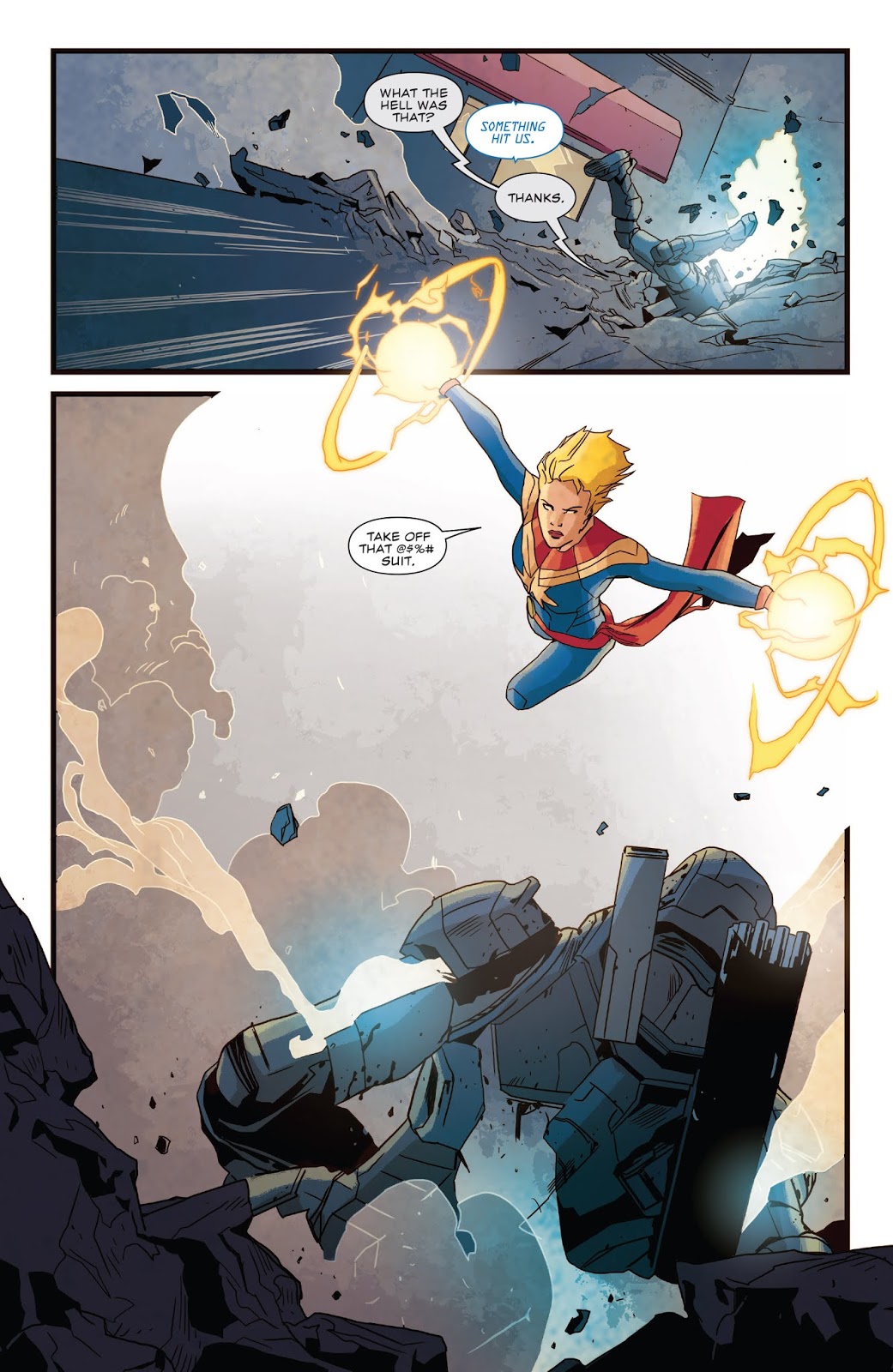 But it’s not just Captain Marvel who is after Frank Castle. Pretty much the entire Marvel Universe is after him. When Frank evades Captain Marvel’s pursuit, he runs into Daredevil. Daredevil thinks he’s still on the same level as Frank Castle, but The Punisher quickly shows him how far he is above him with the War Machine armor.

Daredevil tosses his little stick at Punisher, who doesn’t even feel it. Frank then blasts Daredevil squarely in the chest sending him flying into what appears to be a garbage dumpster. 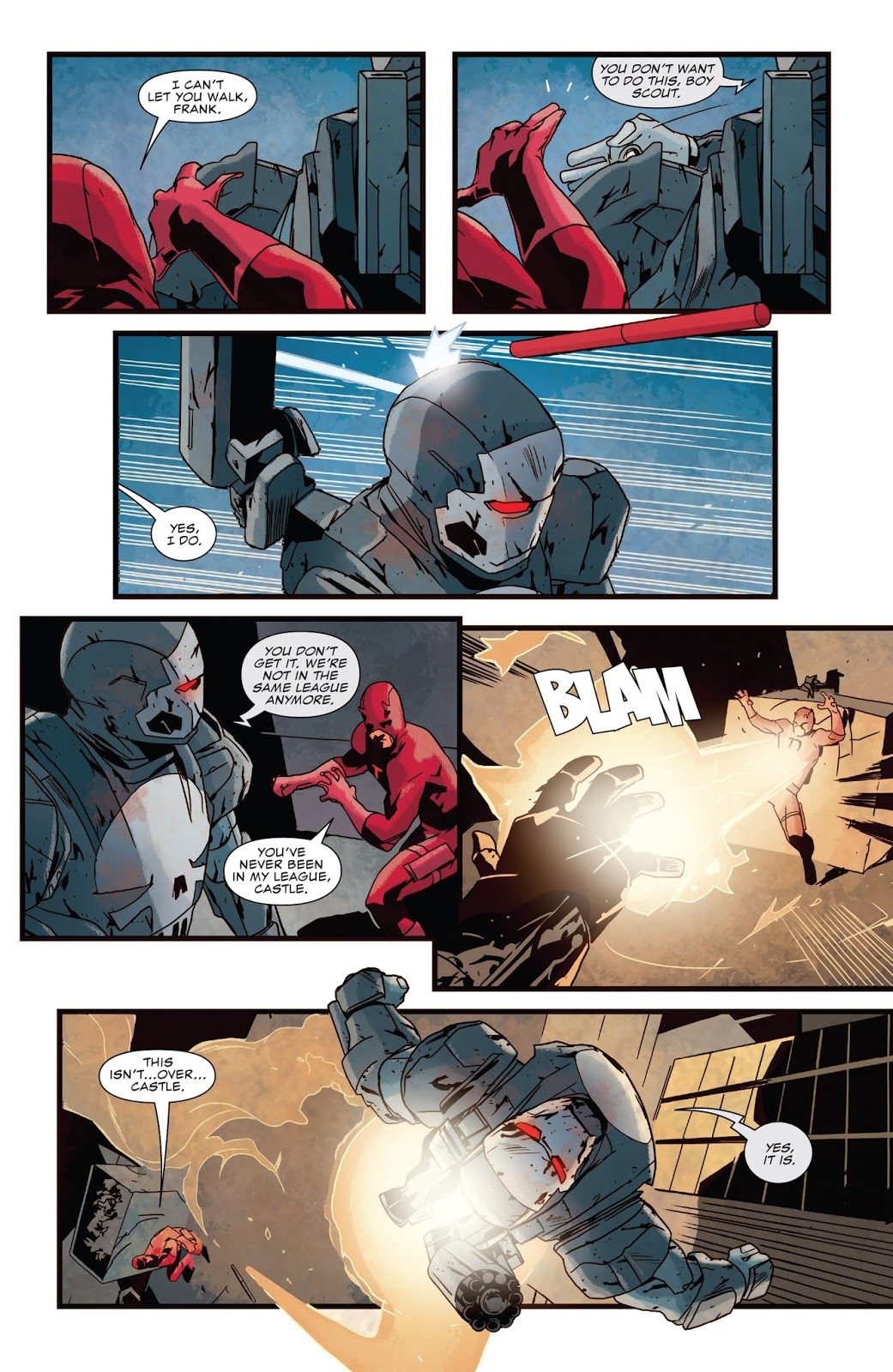 Captain Marvel and Daredevil aren’t the only Marvel heroes pursuing Frank Castle. Hawkeye gets in on the act as well. 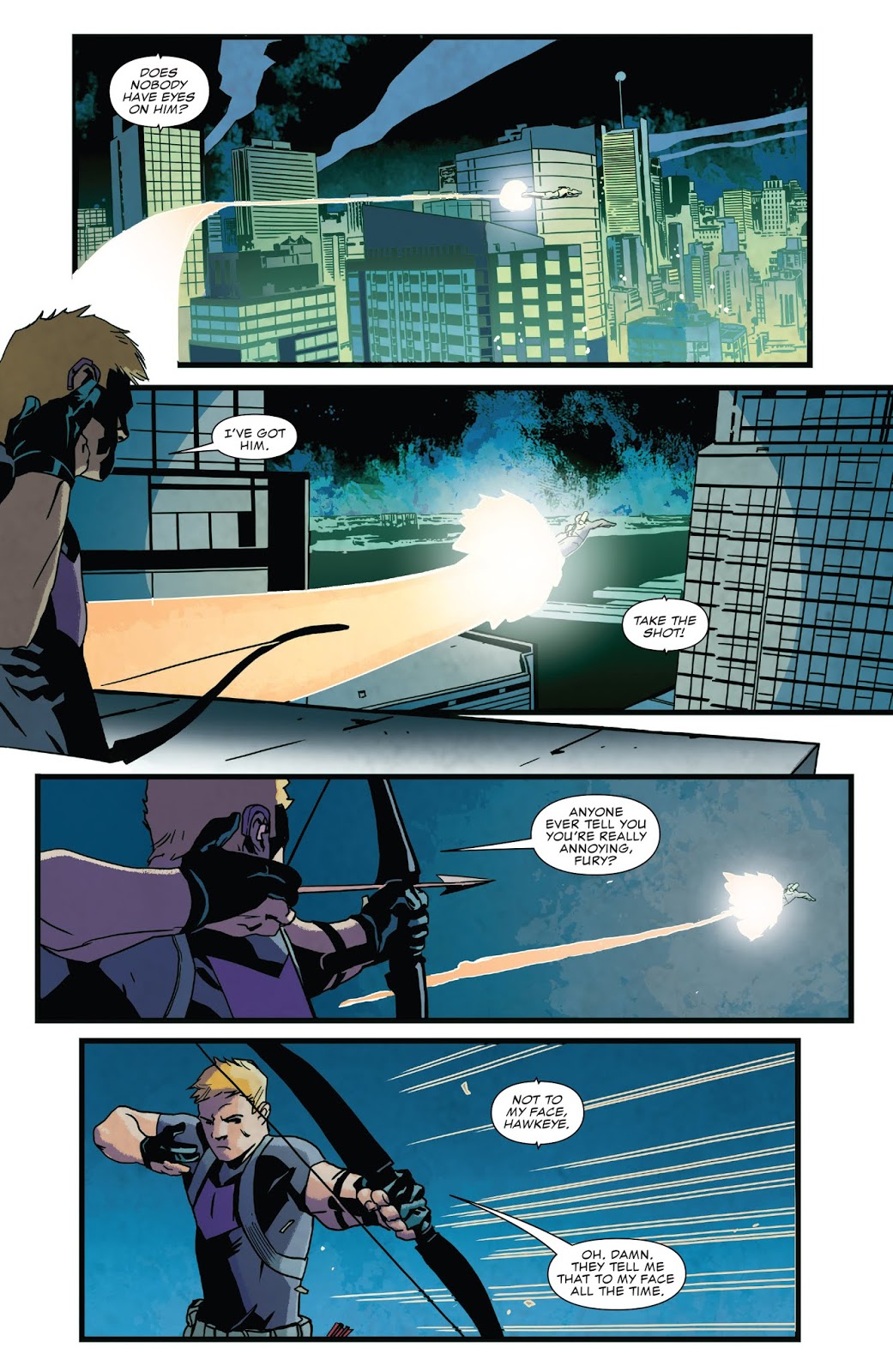 And that’s no ordinary arrow Hawkeye fires. It actually acts as a Trojan horse. It contained a nanite tracking cluster that allows pretty much the entire Marvel Universe to know where Frank Castle is. And they all show up to confront him. Spider-Man, The Thing, Hercules, Captain Marvel, Spider-Woman, Luke Cage, Falcon, Quake, Cannonball, Beast, Tigra, and the US Agent all show up to confront Frank Castle. 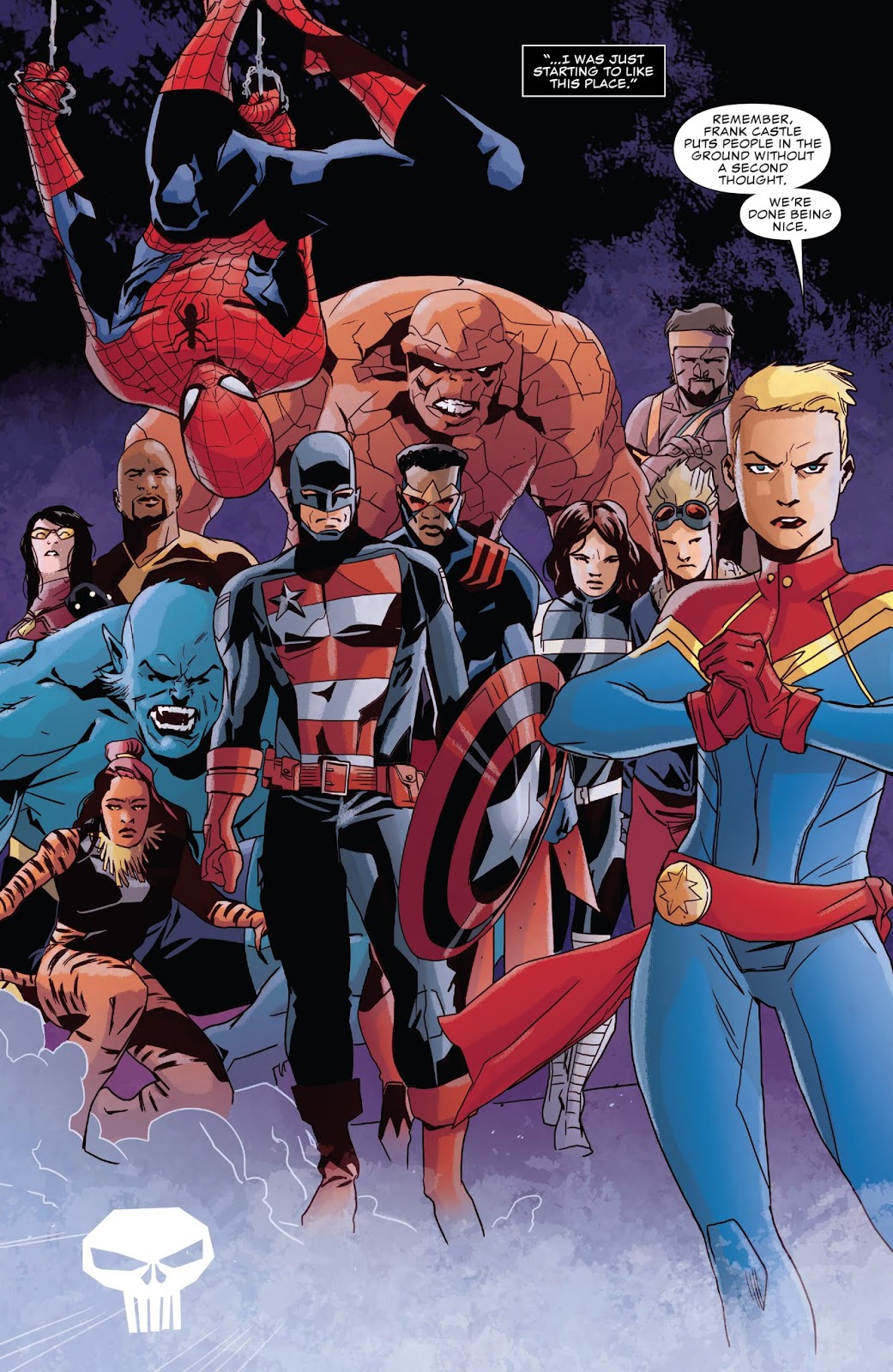 It looks like Frank Castle is enemy #1 to Nick Fury and the Marvel Universe!