**Warning Spoilers for The Punisher #224 Below**

Frank Castle aka The Punisher recently took an overseas job for Nick Fury to take out General Petrov, the current leader of Chernaya. In order to take down Petrov, Frank Castle used a stolen War Machine armor to carry out his mission. And does he ever carry the mission out. Castle obliterates everyone in his way including Petrov.

With his overseas mission accomplished, Frank Castle returns stateside to continue his one man war on crime and his first stop is The Bar With No Name. Castle easily deals with the scrubs in the front room. But one villain, who’s feeling a little cocky thinks he can take Castle on head. Steel-Jaw tells one of his friends, “I’m gonna rip out his throat with my teeth.”

Well, once he charged Frank Castle in the War Machine suit he got a little taste of punishment. Frank throws a left punch that penetrates all the way through Steel-Jaw’s skull and face. 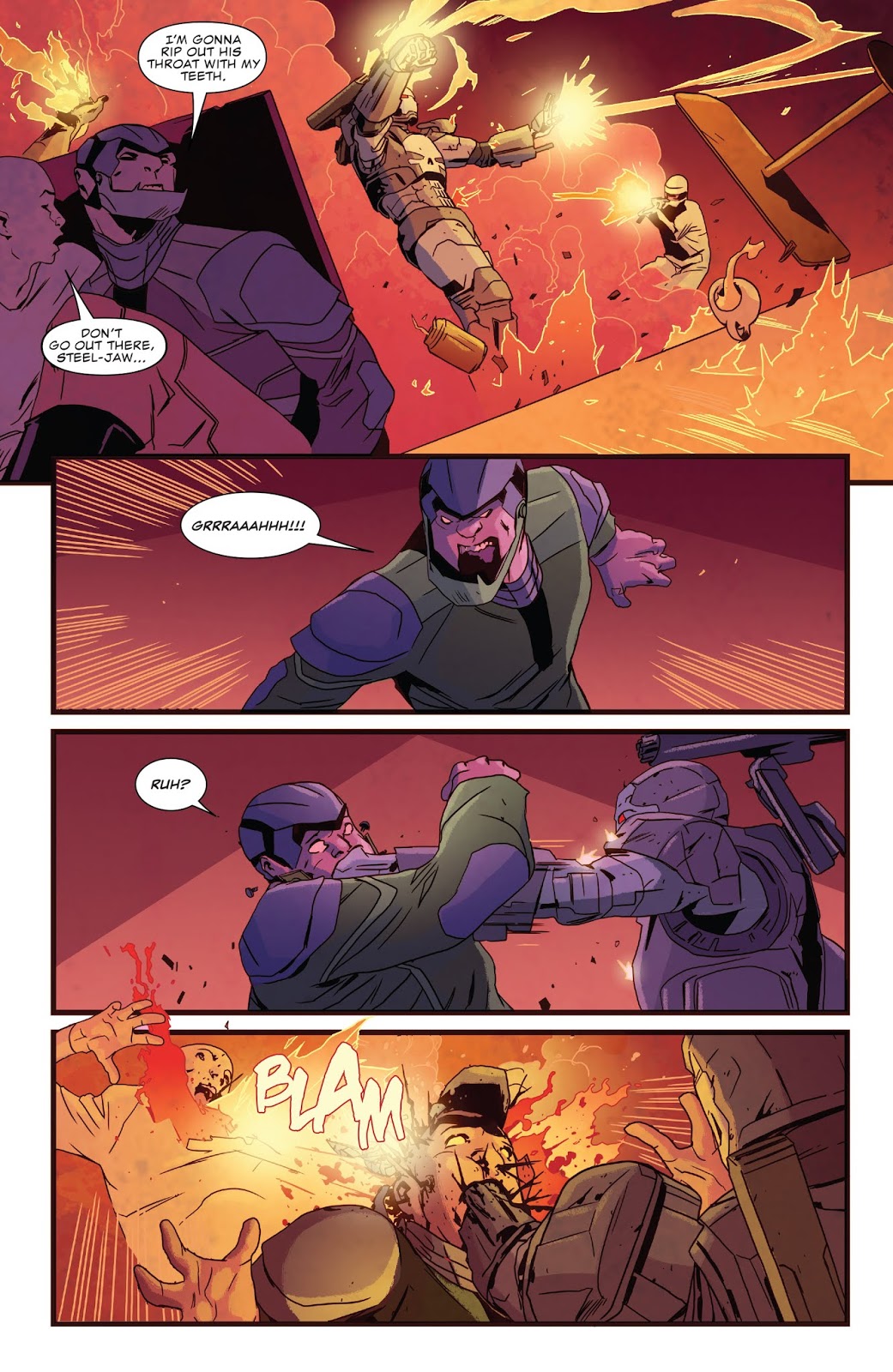 Frank then just leaves his body lying on the ground with the rest of the patrons of the bar as he attempts to find the real villains who are hiding in the background.

One thing is for sure, it doesn’t appear that Steel-Jaw lived up to his name. He couldn’t even take one punch from Frank Castle’s War Machine armor. Even Glass Joe from Nintendo’s Punch-Out video game would be ashamed of Steel-Jaw.

Steel-Jaw wouldn’t be the only victim of The Punisher’s assault on The Bar With No Name. While pursuing Bullseye, Rhino, Grizzly, Scourge and others, Scourge is thrown out of the villain’s van because they have too much weight and it’s slowing them down. Castle shows no mercy on Scourge as he appears to fly straight through Scourge tearing him in half at the torso. 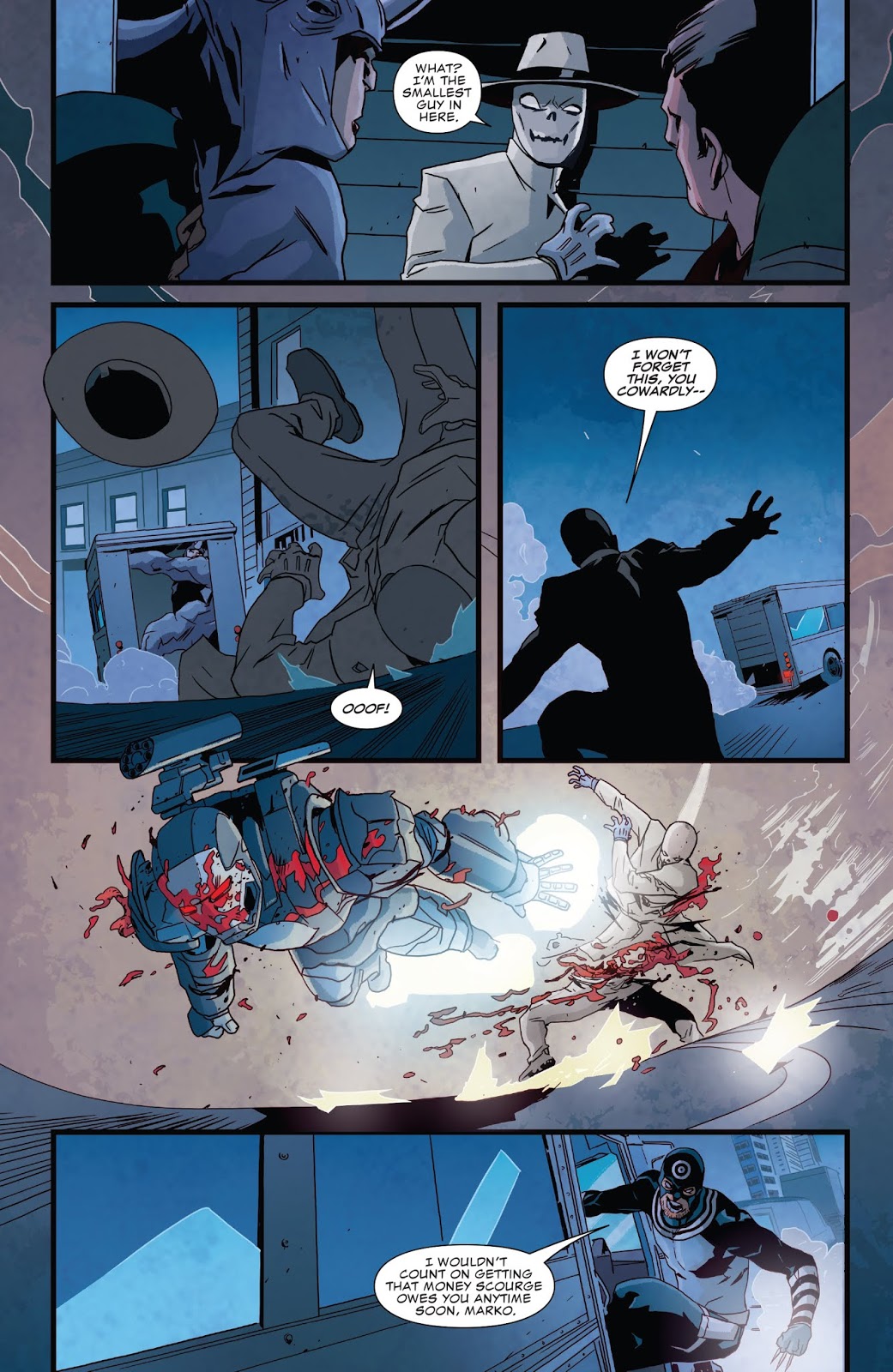 Bullseye describes his death, “I wouldn’t count on getting that money Scourge owes you anytime soon, Marko.”

Frank Castle isn’t messing around and it appears he plans to purge the Marvel Universe of its criminal element.