The Birds of Prey film has been a mess of rumors since it was first announced. Amidst all of that, it looks like the movie just might get some feel underneath.

In a report from Heroic Hollywood, production for the film could begin as early as 2019. Not only that, but the project will be hiring a all-female crew. This comes as the film’s star Margot Robbie opened up about where she’d like to see the movie go:

“I pitched the idea of an R-rated girl gang film including Harley, because I was like, ‘Harley needs friends.’ Harley loves interacting with people, so don’t ever make her do a standalone film,”…. “She’s got to be with other people, it should be a girl gang. I wasn’t seeing enough girl gangs on screen, especially in the action space. So that was always a big part of it.” 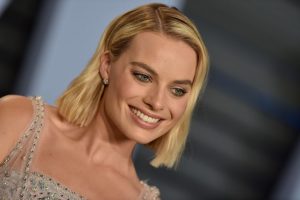 The movie is also said to bring in fellow Gothamite, Batgril since the Batgirl solo film stalled after Joss Whedon’s exit. He claimed lack of story direction on his part:

“Batgirl is such an exciting project, and Warners/DC such collaborative and supportive partners, that it took me months to realize I really didn’t have a story. I’m grateful to Geoff [Johns] and Toby [Emmerich] and everyone who was so welcoming when I arrived, and so understanding when I… uh, is there a sexier word for ‘failed’?”

One of the first things Warner Bros. did with their restructuring of their DC universe was to find a proper director for Birds of Prey. They hired Cathy Yan to take the helm. Though still relatively unknown, Yan has had a strong showing in her debut at Sundance with Dead Pigs.

As of right now the rest of the Harley-centric projects, such as Gotham City Sirens and a Joker/Harley Film are all on the shelf. This doesn’t mean that they wont get made. But it seems Justice League’s underwhelming performance last November has forced the studio to rethink its approach to movies

Are you ready to see Margot Robbie back as Harley? Tell us in the comments below!