Aquaman and Black Manta are bitter, bitter enemies. One is a powerful and heroic King, the other is a vicious and bloodthirsty pirate mercenary. While Arthur Curry is Atlantean and thus more powerful, David Hyde is clever and inventive. Black Manta’s suit and collection of gadgets that make him more than a match for the King of Atlantis. However, their grudge is old and vicious. It’s one that demonizes both men, keeping Arthur from being the true hero in this situation. The grudge between Aquaman and Black Manta is unique in the comic world.

To break it down, there are really two origins for Black Manta. The first is his original comic book origin. The other is the most vengeful, modern take on the character. The latter will probably be the one used for this years “Aquaman” film starring Jason Momoa, as it was written by DC Exec Geoff Johns.

The first story is a more apathetic look at Black Manta. The character was created in 1967 by Bob Haney and Nick Hardy. Unfortunately, they didn’t give Manta an actual origin. That didn’t occur until the 1993 Aquaman series by Peter David. His grudge against Aquaman was more simple than the current origin. He was a child who loved sailing, who loved the sea. Unfortunately, this led to his capture and assault by pirates. 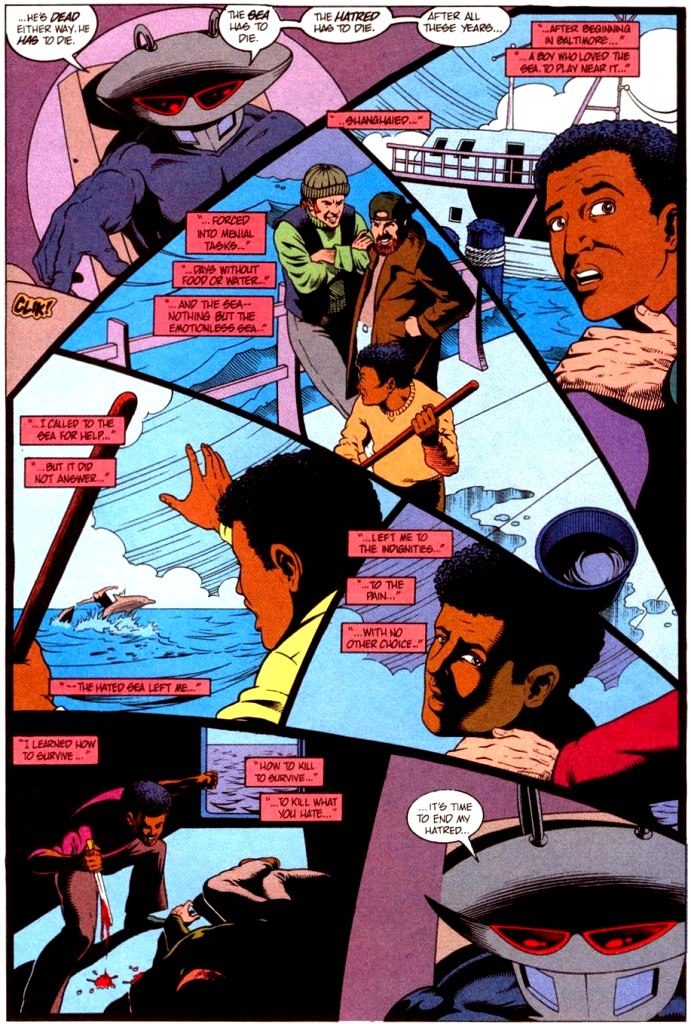 Once while at sea, Manta saw a young Aquaman swimming with dolphins. He screamed and pleading at the far-off hero, but was never heard. He hated Aquaman for not saving him and leaving him to a life of horrible servitude, violence, and abuse. This is the origin of Black Manta before Geoff Johns reinvented the character in 2011. It’s a sad and lonely story about one boy who never deserved his fate.

While the same can be said for his “New 52” origin, it’s a much more twisted story that interlocks with the life of Arthur Curry.

Geoff Johns’ reinvention of the character is much darker. Not for Black Manta, but for Aquaman. Though Arthur Curry didn’t begin this grudge, he certainly escalated it. David Hyde was a pirate. One who had attacked Arthur and his father. In fact, Manta injured Arthur’s Father which led the young King to retaliate. However, the results were not what he expected. 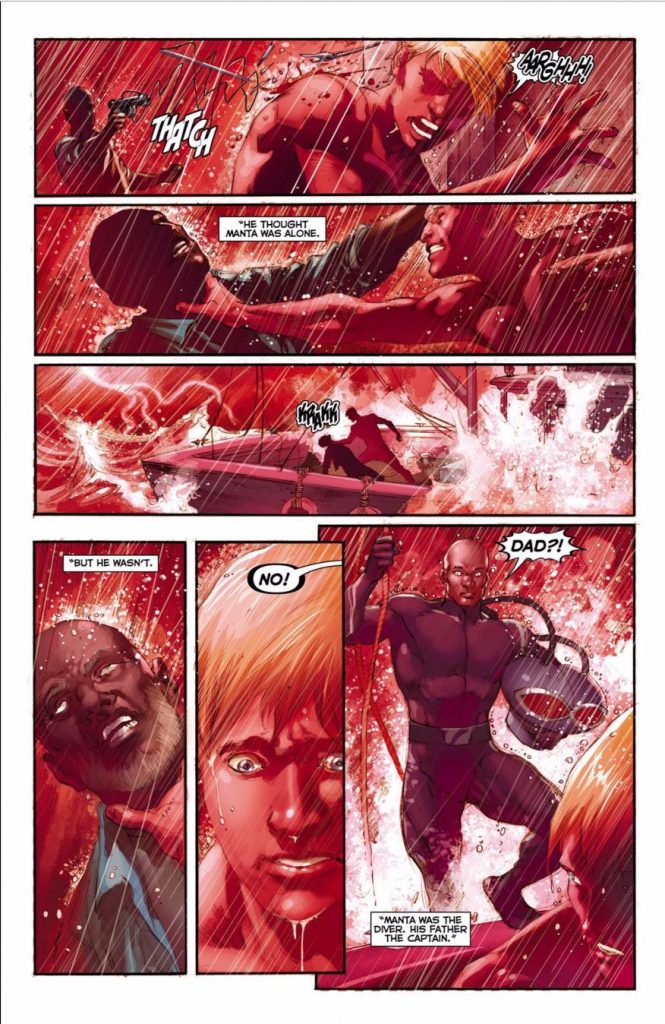 Arthur accidentally killed Black Manta’s Father instead. It was a terrible mistake that birthed one of the most famous grudges in comics. While this is the modern origin, it’s the more widely known and popular one. It makes the war between these two powerful warriors personal and adds plenty of drama and tension to the war underneath the sea.

Unlike most battles between hero and villain, this is arguably the fault of the hero. To be fair, Black Manta and his father were pirates. They were not sympathetic to those trying to protect the the oceans. But they were nothing like the Black Manta of DC’s Past, who actually murdered Arthur and Mera’s child. So to attack him with such force really showed the flaws of the young Aquaman. He received a harpoon hit, but this is Aquaman. Atlanteans aren’t easily felled by simple spears. Not only that, it was Arthur who had boarded Manta’s boat. He was attacking them in anger. The end result is a grudge and fight that he didn’t start, but certainly made “to the death.”

Black Manta is a terrifying individual who has committed terrible horrors throughout the DC Universe. This ensures he’ll be a perfect villain for Arthur when he debuts in “Aquaman” on December 21st.