This new information comes from Metro UK where their source dished on the Donald Glover news:

“Ryan Coogler is currently mapping out Black Panther’s sequel and has written in a number of new characters that movie-goers will be introduced to when it premieres. One of those characters, if he gets his wish, will be played by Childish Gambino. Nothing is set in stone but “informal talks” [are happening] between Ryan, Gambino and reps from Marvel and Disney to see if they can make it happen.”

Their source also teased out the information pertaining to Michael B. Jordan:

“They’re still yet to decide if Michael B Jordan will return in some capacity but if he doesn’t it’s likely Gambino may play some kind of villain.”

Many fans might be wondering how Michael B. Jordan’s Erik Killmonger might be able to return given it was pretty clear that his character died on-screen. And Coogler and Marvel Studios won’t be able to pull off any magic like they’ve previously done with Loki. Killmonger is very human, despite his enhancement from the Heart-Shaped Herb.

However, there is one big factor that could allow Killmonger to return and once again challenge T’Challa for the throne of Wakanda. That factor is Thanos, the Mad Titan. In Avengers: Infinity War, Thanos achieves his goal of completing the Infinity Gauntlet and then wipes out half of all life in the universe with the snap of his fingers. It’s highly rumored that the Avengers will employ time travel in Avengers 4 in order to either prevent Thanos from achieving his goal or alter the possible future. It’s possible that by using time travel, they might not only alter the future, but also alter past events. It’s quite possible that Killmonger doesn’t die at the hands of T’Challa at the end of Black Panther. He might still be operating as a CIA agent.

Another possibility could be the introduction of Life Model Decoys into the Marvel Cinematic Universe. It’s not a new technology to those who have been watching Agents of S.H.I.E.L.D., but it is something that Erik Killmonger might have known about and deployed. It’s also not unprecedented to see the technology used in Wakanda. In Iron Man Annual #5, Black Panther actually uses a Life Model Decoy to lure out Erik Killmonger and expose his would-be rebellion with the help of Iron Man. 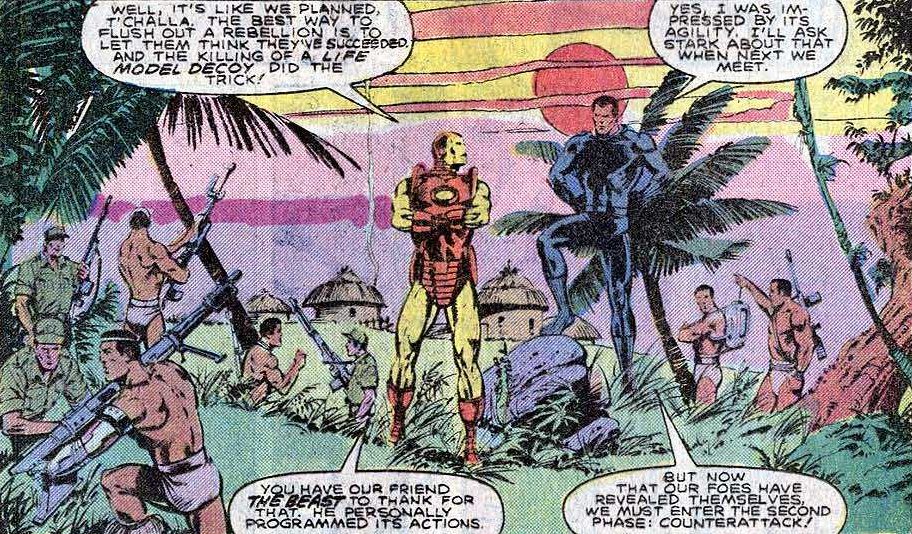 Another possibility of Killmonger’s return comes from the very same issue. Madame Slay recounts how Erik Killmonger is killed by the Black Panther and thrown from the Cliffs of Warrior Falls. However, she preserves his body and watches it over it. She believes his return is a miracle. 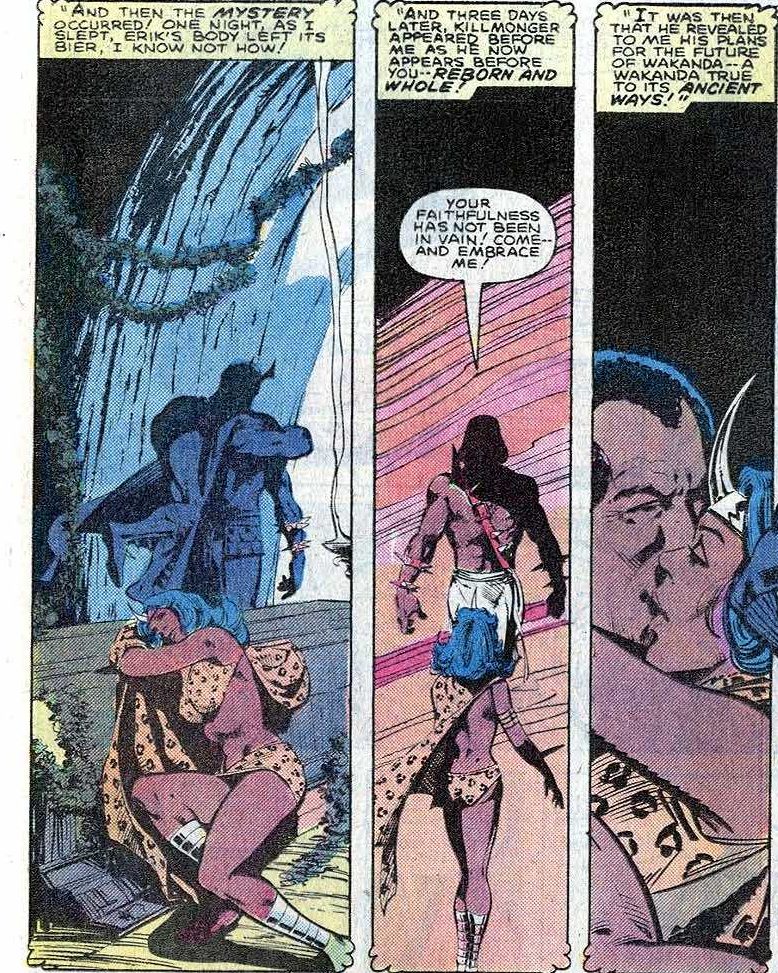 However, after Erik Killmonger is once again defeated by Black Panther his corpse returns back to it’s deceased state and the true villain behind his return is revealed. The Mandarin used his ring to reanimate Killmonger’s corpse. It’s possible Killmonger could return in this form. 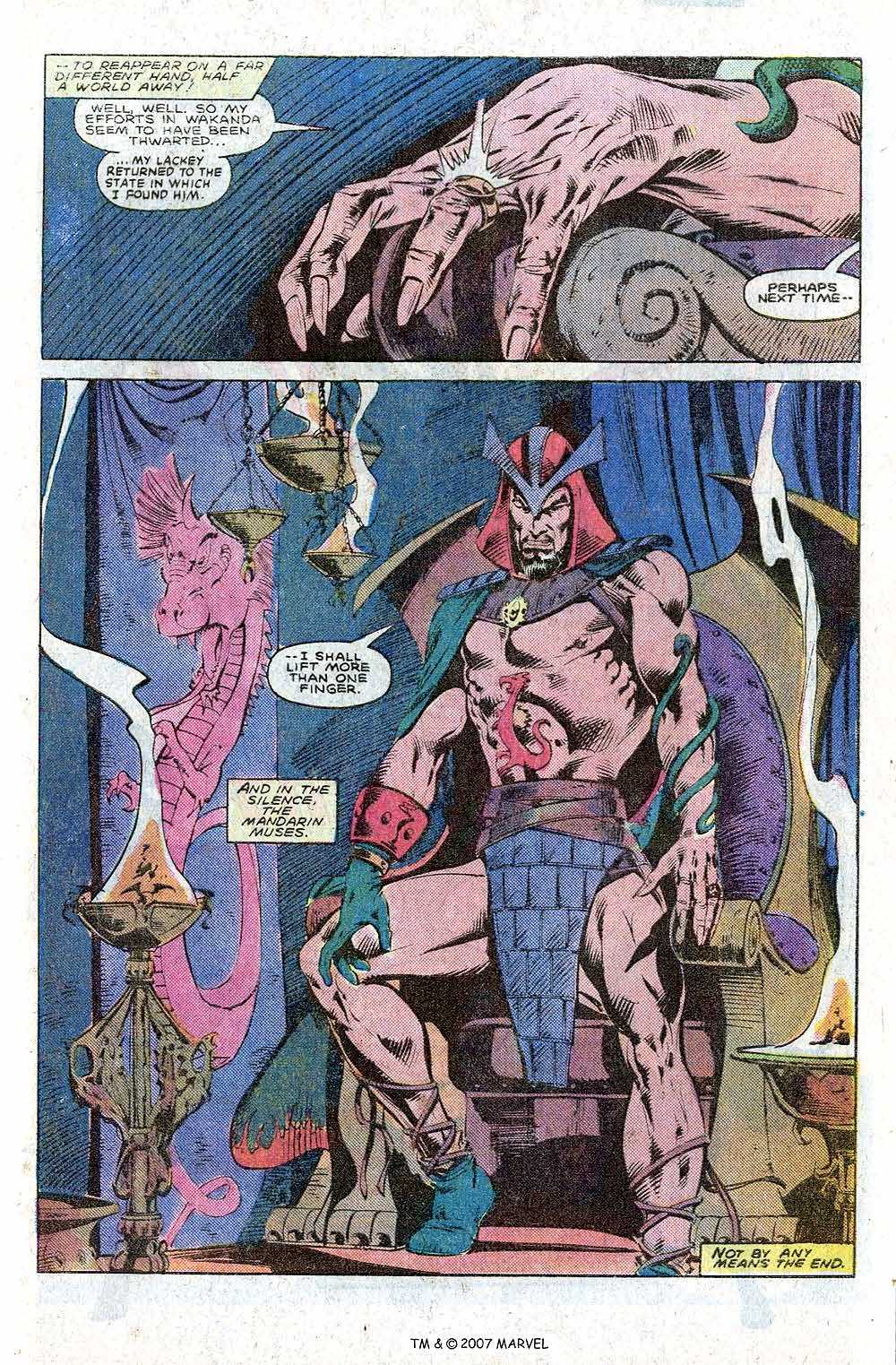 Do you want to see Erik Killmonger return? Who would you like to see Donald Glover play in the Black Panther sequel?