One fan captured all three pieces of art on video!

YALL MIND IF I SCREAM pic.twitter.com/cTEfh9EB8V

A photo also surfaced on Reddit showing off Jason Momoa’s new Aquaman suit for the upcoming film. The piece of art sits next to the absolutely perfect Shazam! art.

The costume looks very similar to a number of set photos that were previously leaked. 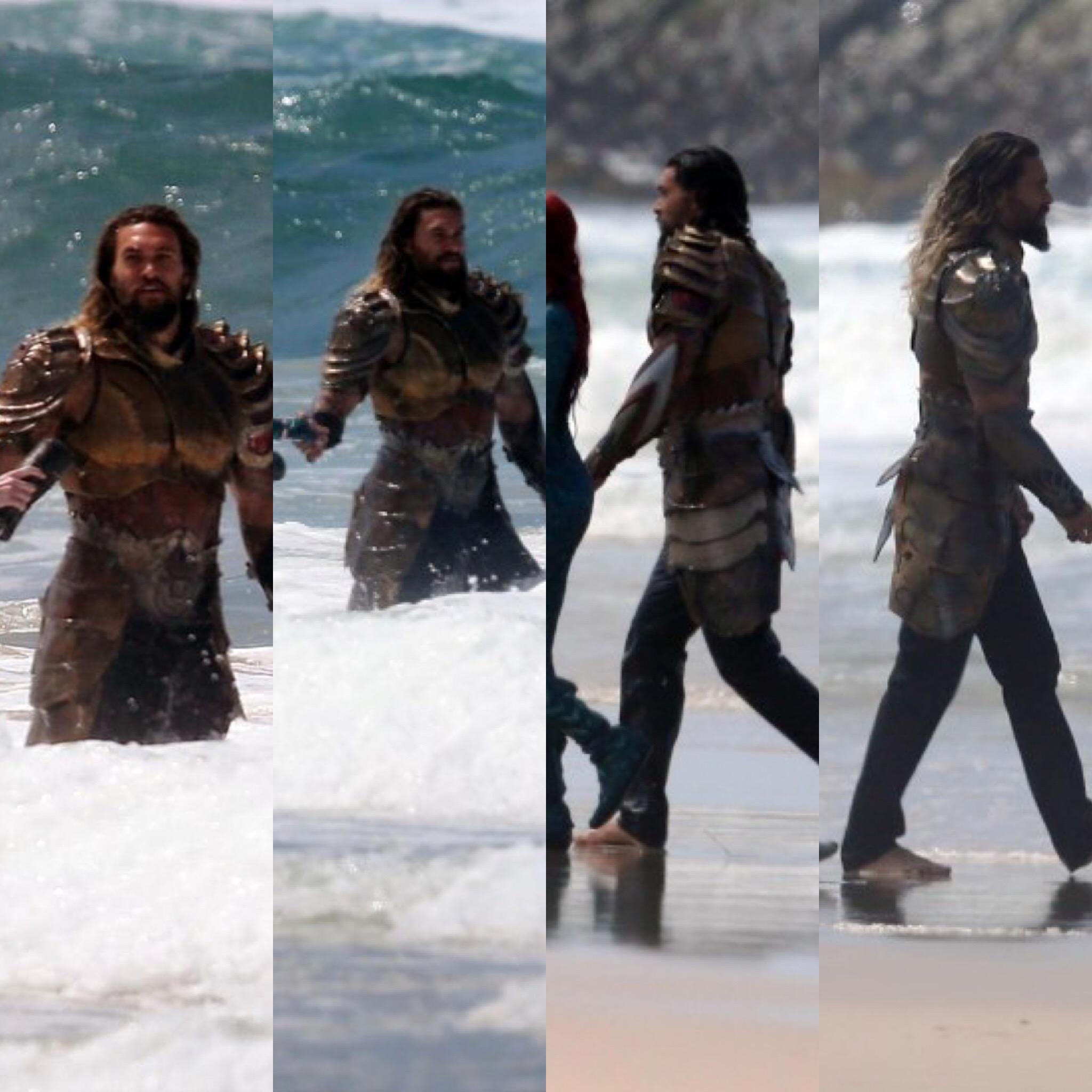 While we previously speculated that Aquaman might be getting a new trident that would look similar to his comic book form, the trident from the promotional art still resembles the one we saw debut in last year’s Justice League. It’s still silver and it still has five prongs. Interestingly enough, Jason Momoa has said Aquaman will get his iconic trident in the upcoming movie, “I didn’t call it a trident. It’s a quindent. We don’t call it that in the movie and when you watch Aquaman you’re going to see him go for the trident, so everyone’s just got to stay tuned for a hot minute.”

Momoa adds, “He looks to Mera and ‘I need to borrow something. I need you to do me a favor’ so that’s when she gives him the equipment.”

But the suit is radically different from Justice League. The armor looks plated with bulging pauldrons. The pauldrons definitely stand out, but it’s his belt buckle which is extremely different. No longer does he have the Aquaman symbol on his belt or if he does it’s very hard to tell. He also no longer is wearing any kind of armored leggings. Instead he’s wearing more of a kilt-like piece of armor that protects hit upper thighs and back end. He also does not have any boots on.

Given that Momoa still has the quindent in this promotional piece along with this armor, it’s highly likely we might see Arthur Curry put on the iconic Aquaman armor that everyone knows and loves. 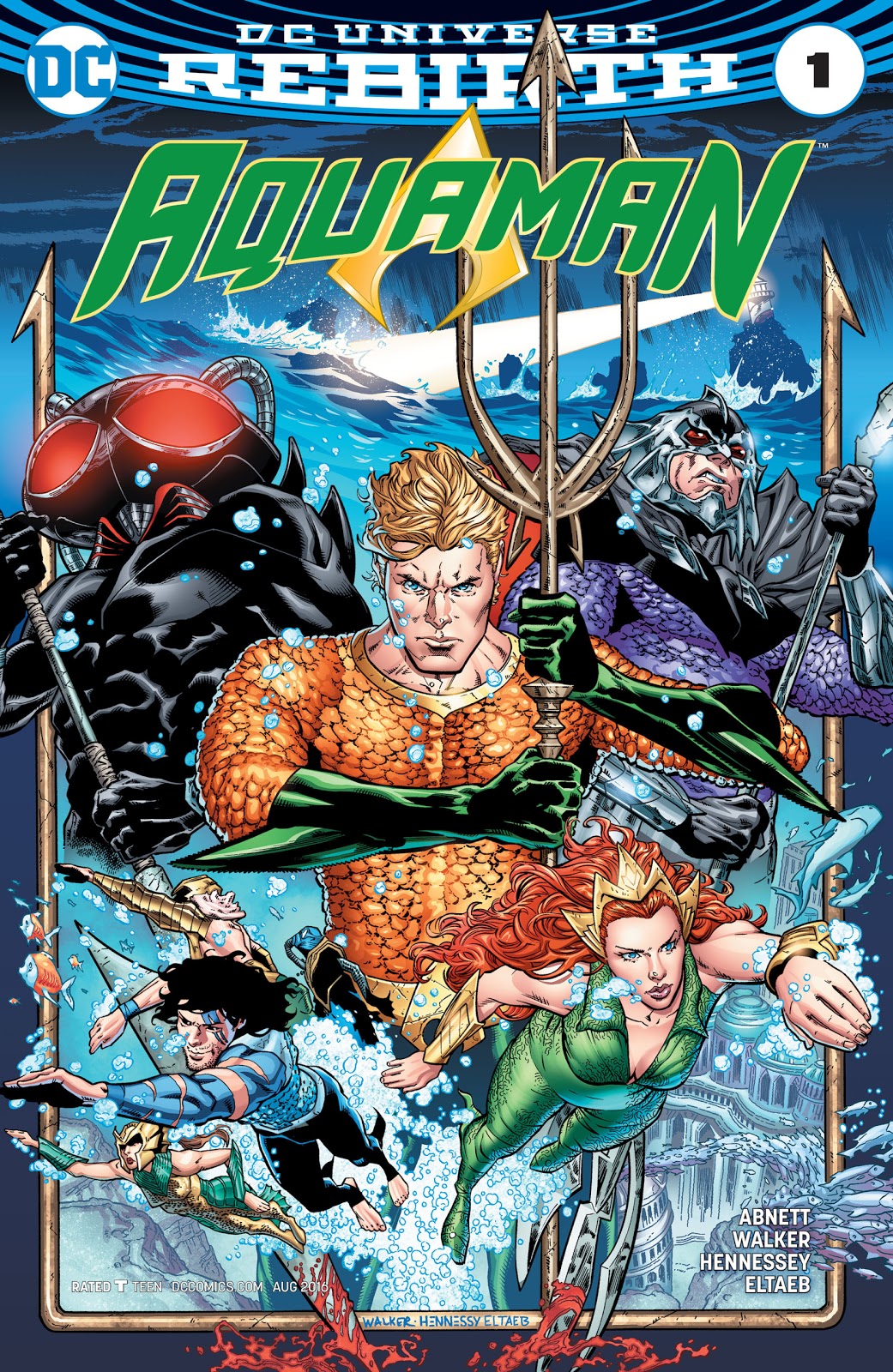 Do you think we will see Aquaman’s iconic armor show up in the upcoming film?