**Warning Spoilers for Justice League: No Justice #3 Below**

Writers Scott Snyder, Joshua Williamson, James Tynion IV and artists Marcus To and Riley Rossmo put together another solid issue in Justice League: No Justice #3. The Justice League were recently kidnapped by Braniac and fitted with brand new suits. Not only that, Brainiac also recruited a number of powerful villains to join the Justice League. He also split the members up into four different teams, Entropy, Mystery, Wisdom, and Wonder.

After splitting the teams up, Brainiac also informed them just exactly why he captured them. His home planet of Colu was under attack by the Omega Titans, four brand new cosmic entities who harvest the energy of planets. Unfortunately, Brainiac met his demise at the hands of Amanda Waller and her team of powerful psychics as she attempted to harvest data from the powerful DC villain.

With Brainiac dead, the newly formed Justice League had to figure out just how to save Colu. They believed they were on the right path when they attempted to realign the planet’s nature which was predominantly Wisdom. In order to do so the teams needed to weaken the Wisdom tree, while strengthening and activating the other three trees including Entropy, Wonder, and Mystery. The plan seemed to be working. Wonder Woman was able to successfully activate the Wonder Tree, Cyborg began draining the Wisdom Tree, and Team Entropy got their tree to begin blossoming. Unfortunately, Team Mystery was unable to activate their tree. Instead, Team Mystery led by Superman decided to confront the Omega Titan head on.

Joining Superman was Starro and Atom. Atom inverted the frequency of the dwarf star in his belt and fired the resulting energy at Starro in order to power up the despotic starfish. With his power magnified it appeared Starro might be able to hold off the giant Omega Titan that was about to consume the planet. However, Starro’s might was not enough against the Omega Titan. The Omega Titan ripped a number of Starro’s appendages off and Harley Quinn believed the cosmic despot finally met his end. 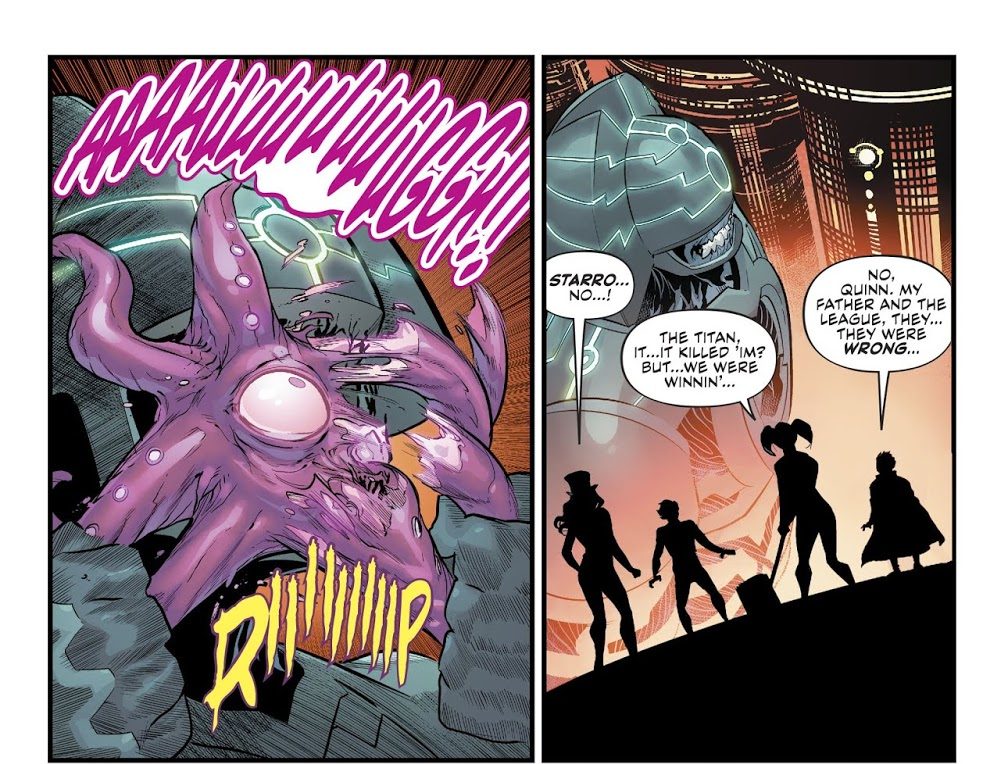 With Starro no longer slowing the Omega Titan down, it easily consumed the planet resulting in a massive wave of energy firing outward from the act. 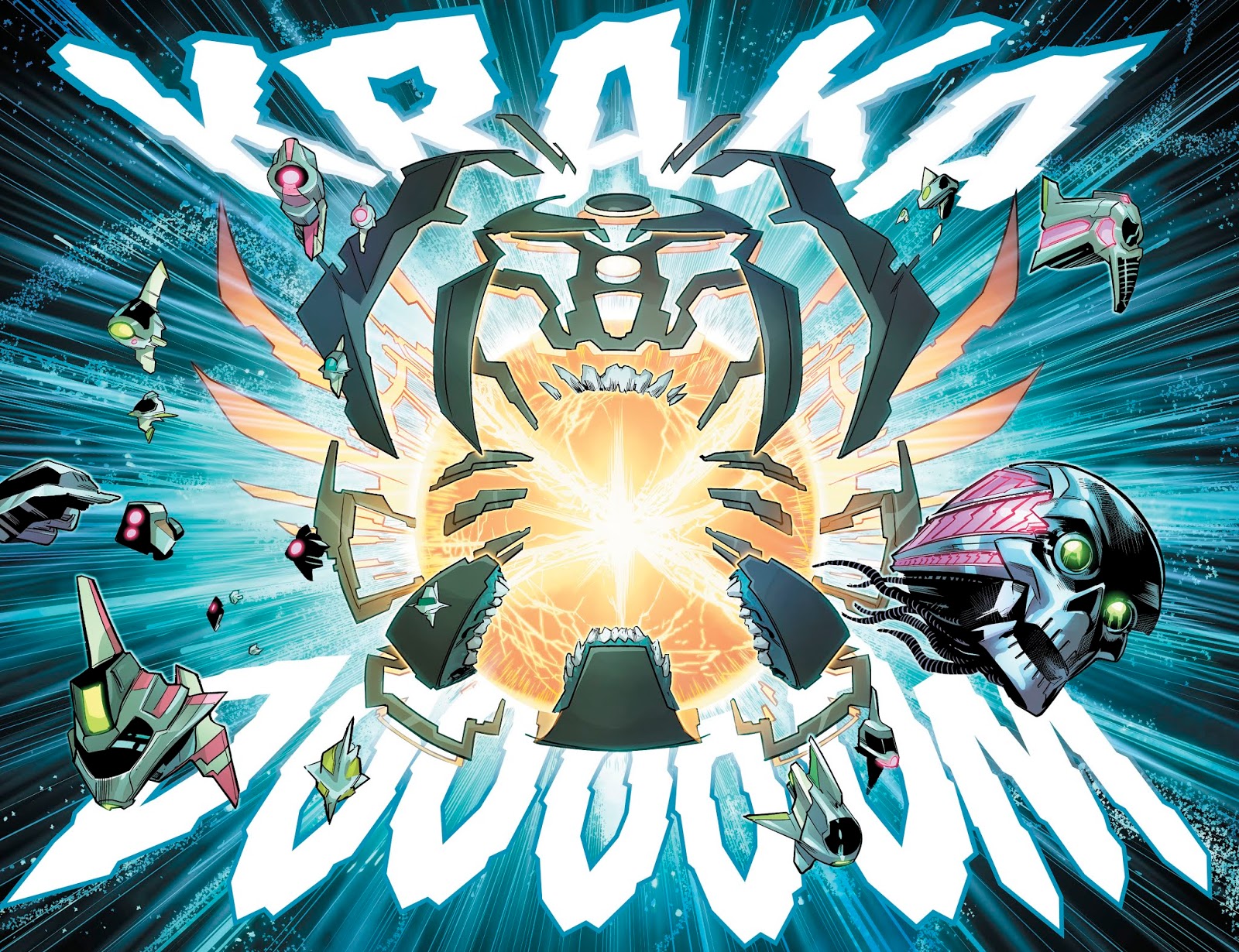 But it might be even worse than just the single planet being consumed. Colu had been storing a number of other planets in their World Nursery including Starfire’s home planet of Tamaran. It’s quite possible the Omega Titan destroyed those planets along with Colu. 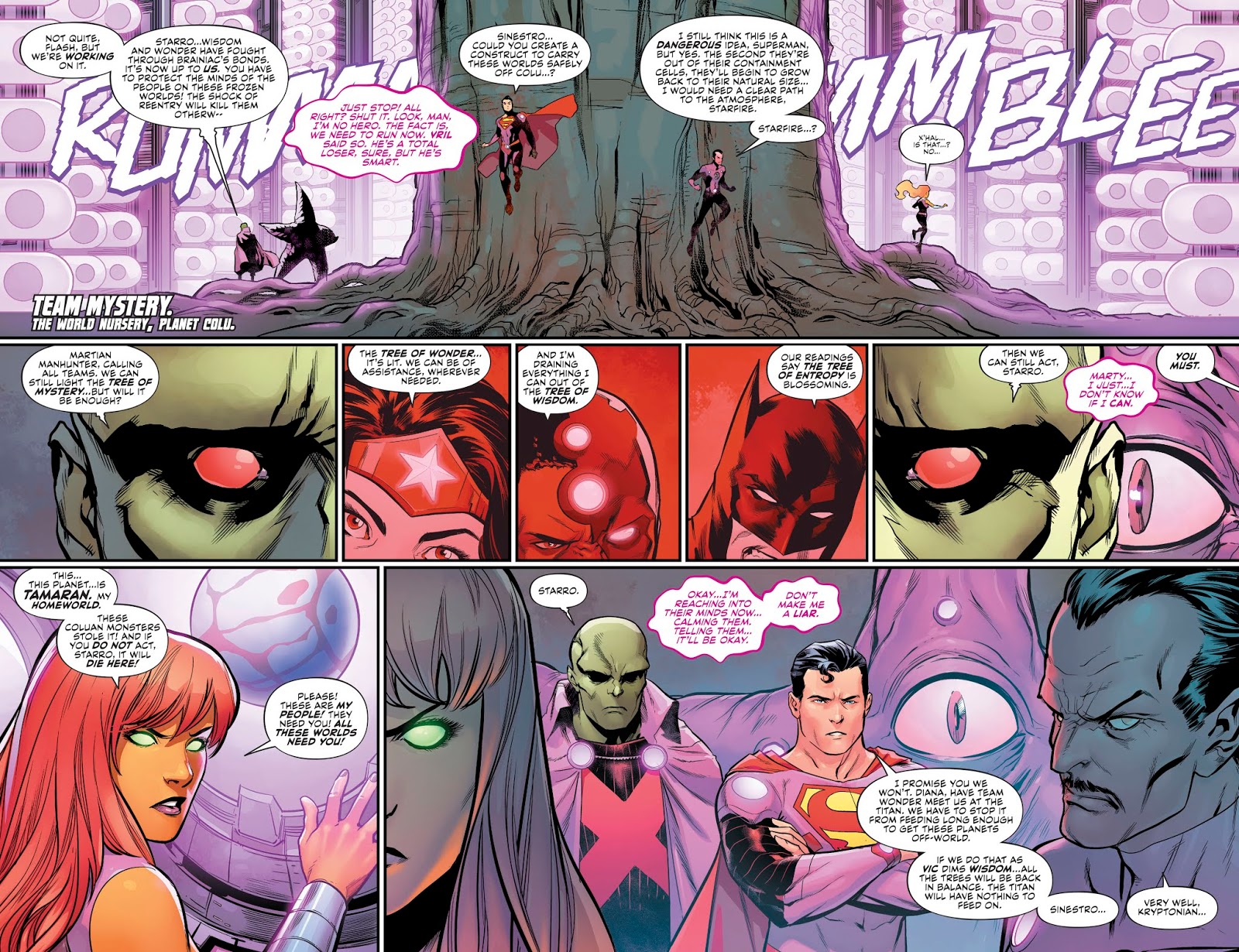 This might be one of the Justice League’s worst failures and they lost one of their most powerful allies in the loss. Do they stand any chance against the Omega Titans who have now targeted Earth as their second meal?