**Warning Spoilers for Solo: A Star Wars Story Below**

Solo: A Star Wars Story was every bit of a Star Wars movie. Not only did the film feature three of the main characters from the original trilogy in Han Solo, Chewbacca, and Lando Calrissian, but it also connected to the prequel trilogies with a surprise appearance by Darth Maul. However, there was also a reference to one of the most infamous bounty hunters in the galaxy, Aurra Sing.

Who is Aurra Sing

If you are unfamiliar with Aurra Sing, she’s a near human bounty hunter who operated before and during the Clone Wars. She makes a brief appearance in The Phantom Menace as she oversees the Boonta Eve Classic podrace.

However, her character would be prominently featured in the animated series Star Wars: The Clone Wars. She would actually mentor the most infamous bounty hunter the galaxy has known in Boba Fett. She would aid Boba Fett in a mission of revenge against Jedi Master Mace Windu. The mission would ultimately fail.

After parting ways with Boba Fett, Aurra Sing would go on to take jobs from Ziro the Hutt including a bounty on Padme Admidala as well as the bounty hunter Cad Bane.

She also worked with Darth Maul as he paid her and Cad Bane to assist him in making his very first Jedi kill. 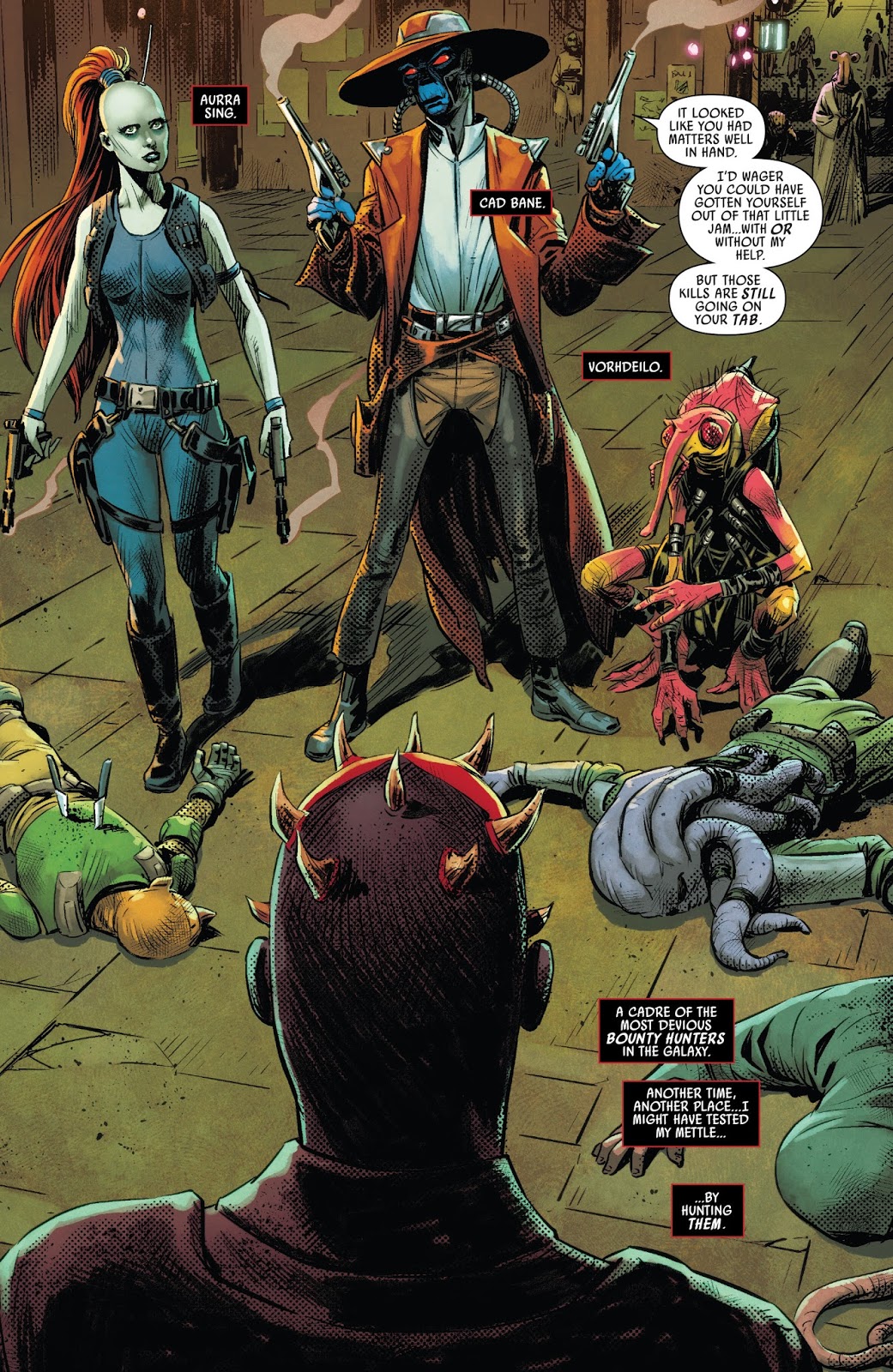 Unfortunately, for Sing she would meet her death off-screen in Solo: A Star Wars Story. When Tobias Beckett, Qi’Ra, Han Solo, and Chewbacca go to seek out Lando Calrissian, he reveals that Woody Harrelson’s Tobias Beckett killed Aurra Sing. In conversation with Lando, Becket says he just gave Sing a push and that it was the fall that killed her.

Interestingly enough, Lando Calrissian had dealings with the bounty hunter and is thankful that Beckett was able to finish off Sing.