Ask anybody who knows anything about anything and they will tell you that the 1980’s were the golden age for scary movies. Many was the evening that kids like myself would spend hours in the “Horror” section of the local video store looking for the latest theatrical or straight to video (seriously, it didn’t matter) scare-fest to spend the weekend with. Unbeknownst to many, however, is the fact that some of our most fondly (and some not so fondly) remembered horror franchises of that era have also been adapted to our favorite entertainment medium: comic books. Many of us are already aware of the Freddy vs Jason vs Ash style books that are out there, so we’re going to focus on a few lesser known titles. So, with that out of the way, here are eight 80’s horror movies that also happen to be comic books! 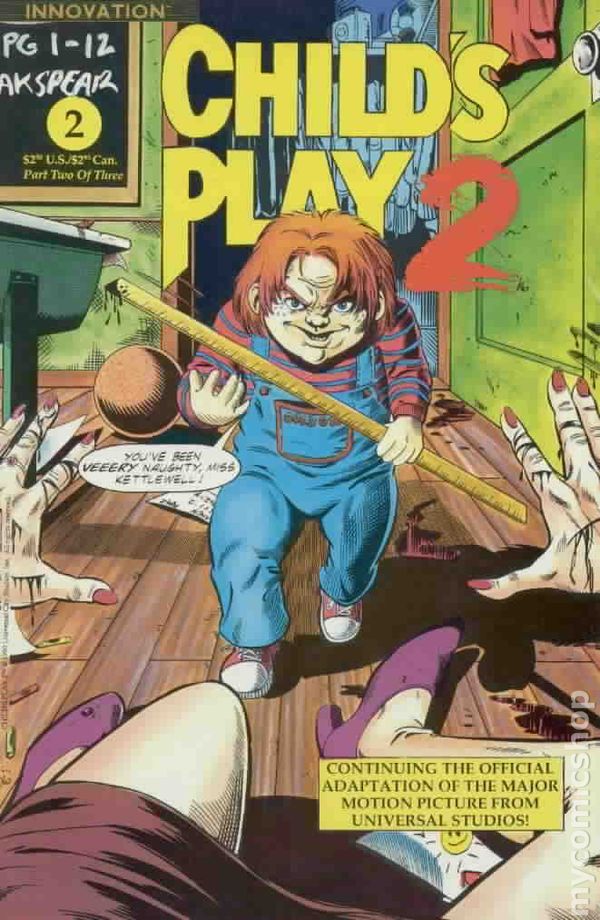 The movie series that made everyone afraid of creepy little dolls (as if we weren’t already) got the comic book treatment from the now defunct publisher, Innovation Publishing. The series only lasted for five issues and was advertised as telling the story between Child’s Play 2 & 3. Some of the characters from the movie made appearances and Chucky was even bested in one issue by an electronic swordfish. That’s the kind of goofy goodness you can only find in comics! 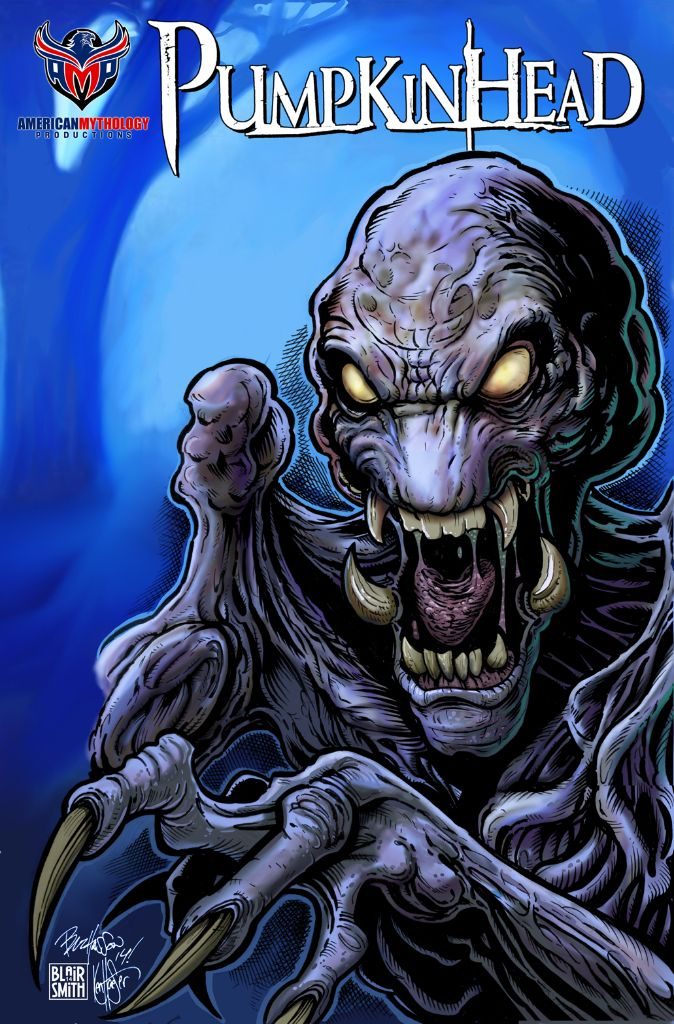 While it may not have been the greatest movie of the 80’s, Stan Winston’s sole directorial effort, Pumpkinhead, gave us one of the most recognizable and iconic movie villains of the decade. His first foray into comic books came in 1993 courtesy of Dark Horse comics. It was originally meant to be a four-part series, but due to unknown reasons (probably low sales) only two issues were ever released. Of course, this is Pumpkinhead and he just doesn’t stay dead. In February of 2018, Dynamite Entertainment released the first of an announced five-part Pumpkinhead series. 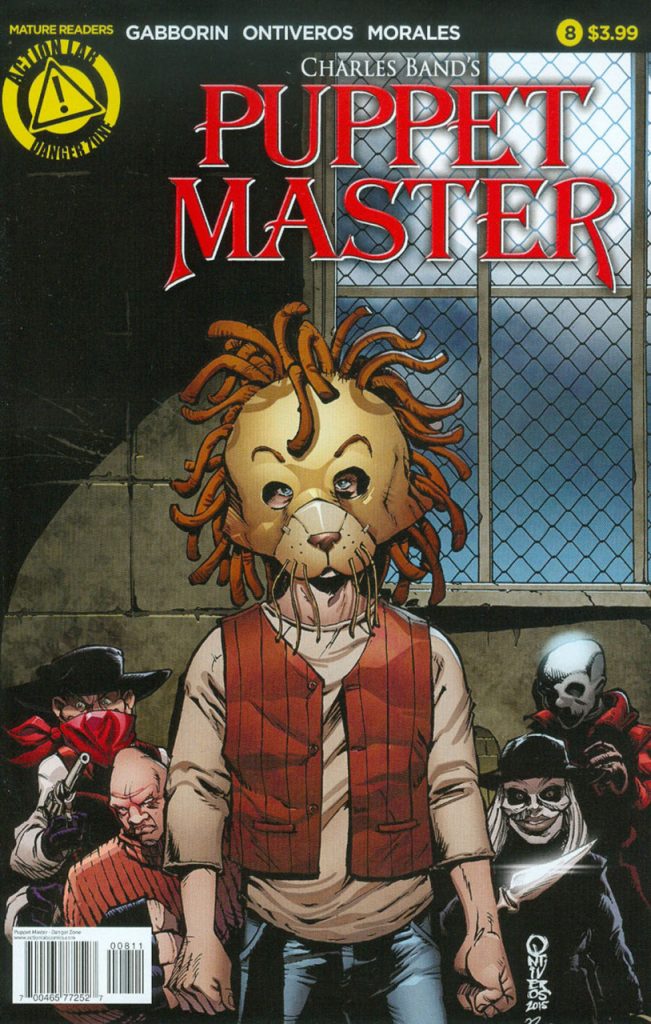 Even as a child, I remember watching Pupper Master and thinking “This is kind of silly.” If Child’s Play gave us a reason to fear our toy box, Puppet Master gave us a reason to sort of chuckle at it. Even so, Full Moon’s enduring series has gained cult status and continues to see film releases even today. As far as comics go, the Puppet Master series has enjoyed some surprising success. Before they went out of business, Eternity Comics published a four-issue series entitled The Puppet Master Adventure, as well as a follow-up two issue sequel. In 2015 Action Lab Comics resurrected the series for an ongoing series simply called Puppet Master, which is still running today. 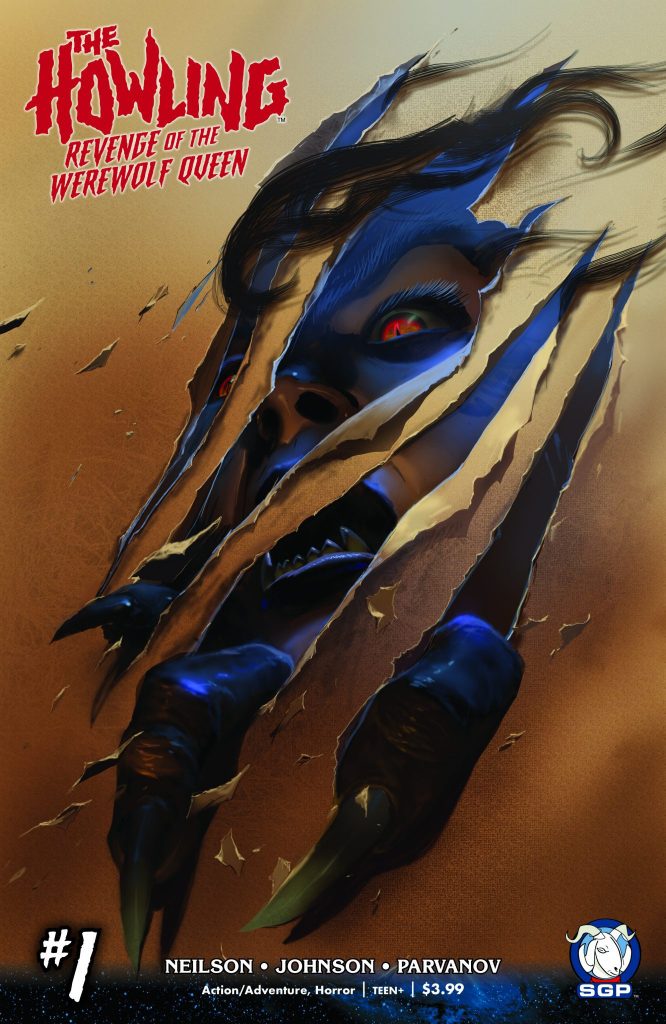 In the 1980’s, the werewolf genre was dominated by two franchises: An American Werewolf in London and The Howling. (Third place would probably be Silver Bullet, which is my personal favorite, but that doesn’t seem to be as popular.) Of these two, one of them got the comic treatment when Space Goat Productions released a four-part mini-series that picked up right where the original film left off. Major players from the film made appearances and the final issue left readers on a downbeat cliffhanger that has me hoping for more from this series. 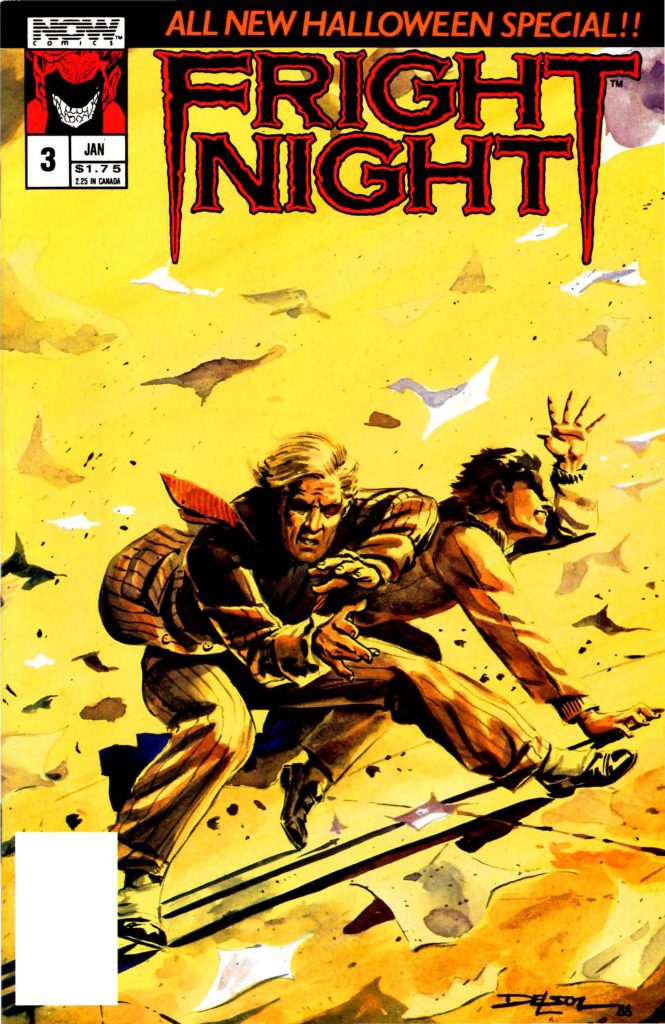 Hey, kids; remember Fright Night? Not the lame remake, but the original? Well, that 80’s vampire classic also got a comic book version and it was actually quite a bit more successful than most of the other titles on this list. Based around the characters from the movie, NOW COMICS produced a run of 22 issues in the series, along with five specials. There were even some 3D specials; and you know that 3D never goes out of style! 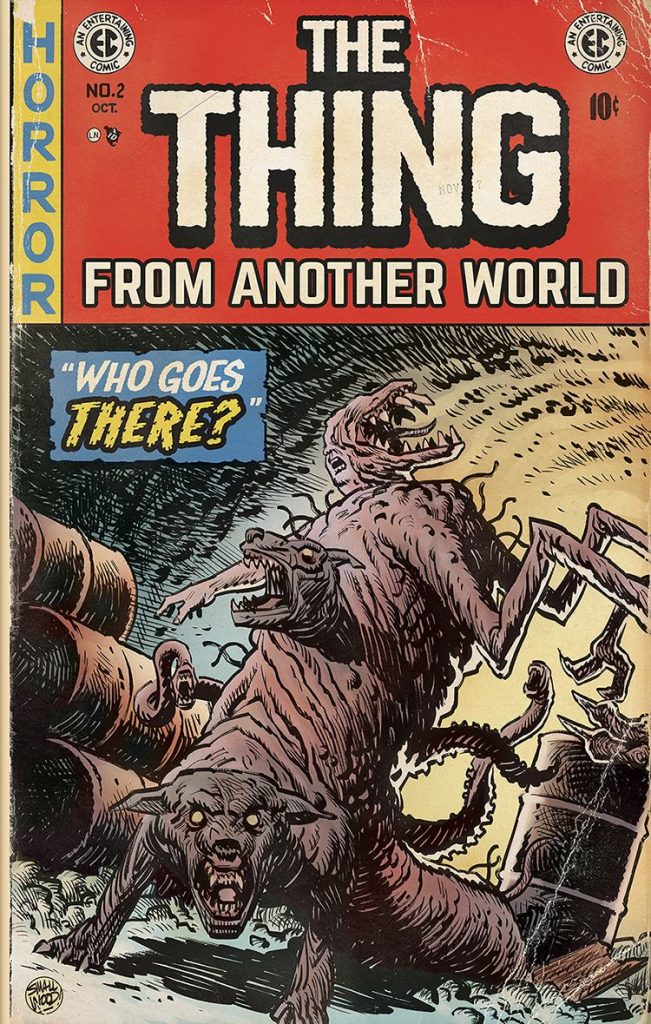 You know what’s one of the best movies ever, horror or otherwise?  John Carpenter’s The Thing! If any movie on this list deserves a comic series, it’s this one. Produced by Dark Horse Comics, the three-part comic series was developed as a sequel to the first film and gives an ( non-canon) account of what took place after the vague ending of the film. Dark Horse then published another four-part sequel story that ignored the events of the previous run. Then, in 2011 when the prequel film to The Thing (also called The Thing, for some reason) was announced, Dark horse published another comic which acted as a prequel to the prequel and told about how the Vikings (not the football team; the REAL ones) first discovered the alien itself. Sound convoluted? Well, that’s comics. 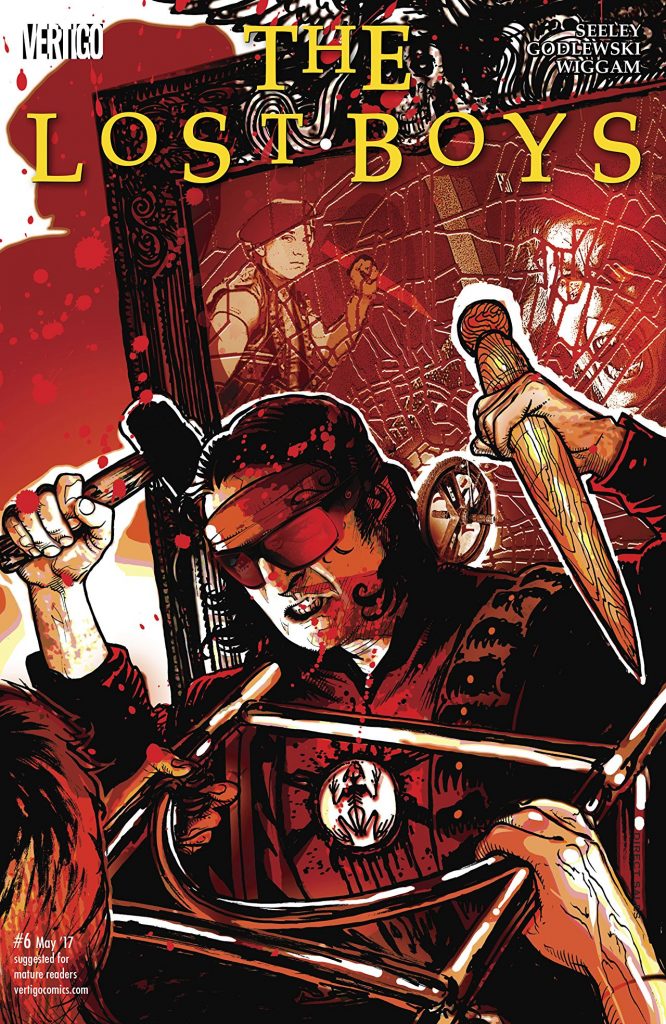 Man, this movie used to scare me so much when I was a kid; so of course, I watched it constantly. The Wildstorm produced four-issue series took place in-between the original film and the excrement-laden sequel. The series was entitled Lost Boys: Reign of Frogs. In 2016 Vertigo comics jumped on the Lost Boys wagon and produced a miniseries that acted as a sequel to the first film and revolved around a brood of female vampires instead. 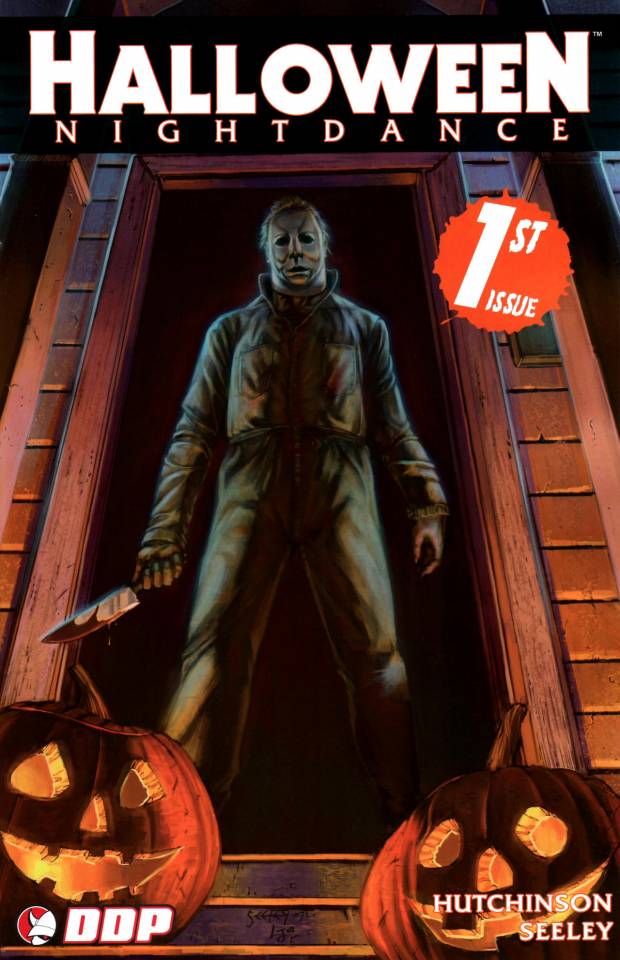 Here’s the granddaddy of them all; the movie that singlehandedly spawned an entire genre of teen fright flicks also earned itself several comic book titles. Chaos! Comics first published a three issue series which focused on Tommy Doyle from the original movie and stretched all the way past the events of the film, Halloween:H20. In 2003 Halloween: One Good Scare was released as a limited run celebrating the 25th anniversary of the film. This title in particular is very expensive if you happen to find a copy. In 2005 you could procure an exclusive comic entitled Halloween: Autopsis, which was available exclusively in the DVD case of Halloween: 25 Years of Terror. (For what it’s worth, I purchased this particular title when it was released and it was a spooky-good read!) In 2008 Devil’s Due published another four-issue mini-series as well as a special edition collection of Halloween short stories called Halloween: 30 Years of Terror. Devil’s Due also released another three-issue series chronicling the unexplored time span during Halloween 2 and Halloween H20. Add to all that a smattering of online only comics based on the franchise and you have all the Michael Myers comic book goodness to scratch that Halloween itch!

Well, there you have it. This list isn’t comprehensive by any means, there are plenty more out there, as well as a plethora of comics based on horror films from other decades like the 70’s or the 90’s. Either way, for those of us who enjoy comic adaptations of our favorite cinema fright flicks, then we certainly have ourselves an embarrassment of riches. (That means we have a lot!)