“A planet of truly vile and insipid creatures. Every single one of them.”

In his official DC debut, Brian Michael Bendis establishes two differing but important themes. One, is the introduction of the new. A brand new villain in the form of Rogel, a monstrously horrific creature. The other theme is much more important. Absolutely nothing has changed. This is your Superman, your Lois Lane, your Jon, your Perry White, your Metropolis. Bendis is bringing the old with the new. Because in this vast, weird comic world where every story exists sometimes you just want to read Superman as he’s always been. That’s exactly the kind of story Brian Michael Bendis delivers in Man of Steel #1.

Along for the ride is Ivan Reis, one of the steadiest hands DC has to offer. His has ranged from massive event comics to small team books to little character works. He can draw literally anything and make it look wondrous and beautiful. Together, he and Bendis deliver the beginnings of a classic Superman story. Though the limited pages of the weekly comic lead to an abrupt ending, it’s an incredibly promising debut. Having Reis with Bendis is a perfect way to bridge this new writer with DC history. Together, they craft a fantastic comic that’s only real fault is coming to an end.

Brian Michael Bendis’ Man of Steel #1 is a great sign of the writer’s future with Superman and DC Comics.

Superman flying off with a criminal or two in his arms. It’s one of the most iconic images out there. Almost as old as the character himself. It’s one of the many important but not-so-important moments in Man of Steel #1. Not because it adds to the overall story or plot, but because it adds to the character. Characterization is important. Especially when you’re writing the oldest superhero around. If he doesn’t sound right, act right, it won’t come across as Superman. Bendis removes any of those concerns after the first few pages. This is the Superman readers and fans want to see on the big screen; the very same Superman Dan Jurgens and Peter Tomasi have been writing for the last couple of years. This is the very same Man of Steel you’ve been waiting for. 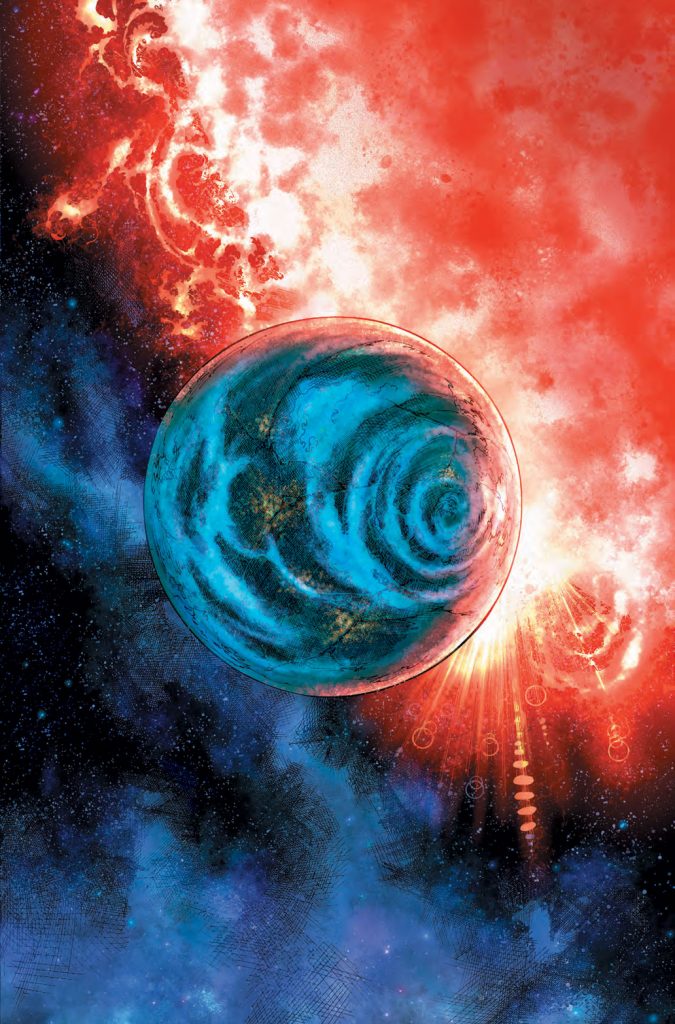 Rogel is an imposing villain. He clearly hates Krypton and its inhabitants. So much so that his presence could greatly alter the history regarding the planet’s demise. His hatred makes him one of the most powerful and significant villains introduced in modern DC History. Whether or not he was solely responsible for the death or Krypton is unclear. If he was, he certainly is a power to be reckoned with evidenced by his presence in Action Comics #1000.

With a mind of his own, and an obvious grudge, Rogel is more than just another Doomsday. Hopefully, he won’t just be another ugly face for Supes to punch. His long diatribes about the need for the destruction of Kryptonians is pure vile villainy.

The only problem is Man of Steel #1’s abrupt ending. Coming out of nowhere, it feels as if the issue is lacking that monumental final page. The final pages are inviting enough for issue #2, but could do with more of an epilogue.

“You think I’m scared of this place?”

Ivan Reis, Joe Prado, and Alex Sinclair have been through thick and thin together. A slurry of DC stories that have spanned the cosmos. Often working with the mystifying words of Geoff Johns, the team is one of the most consistent in comic book history. It should come as no surprise then that Man of Steel #1 is a beautiful book. It contains a mix of classic Superman and modern day action. Rogel looks as grotesque as possible. A gruesome and brutal villain juxtaposed against the classic and beautiful Kent family. Jon, Lois, and Clark have never looked better. 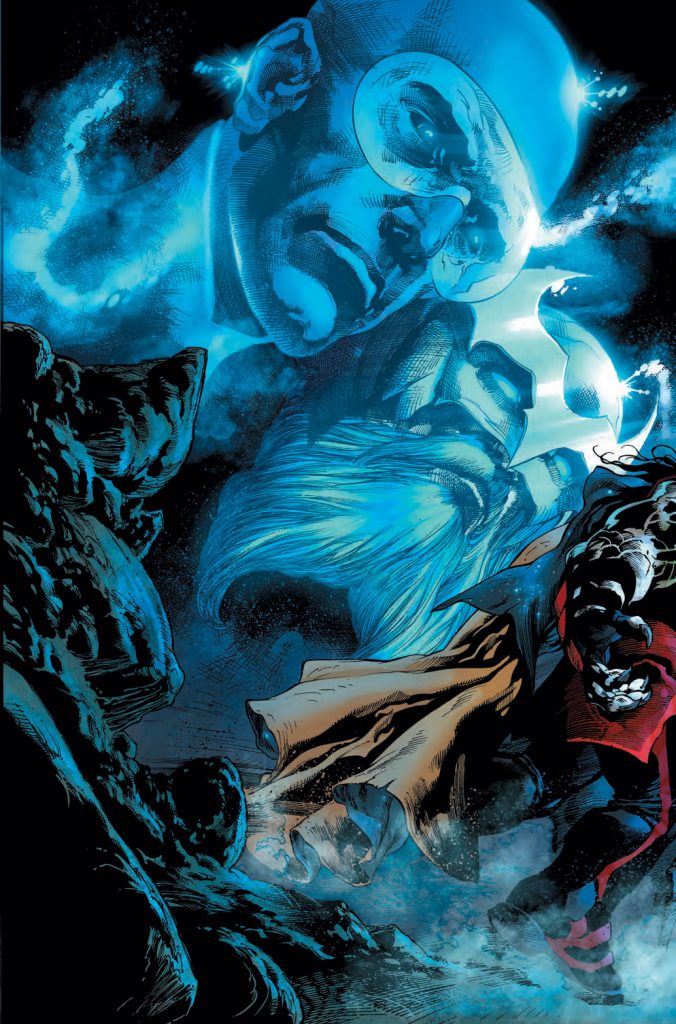 While the modernity is obvious, it’s almost as if you could place this comic at any point in Superman’s history and it wouldn’t feel out of place. The expressions are perfect; the anatomy is practiced and thorough. Reis is just as talented in Man of Steel as he was in Aquaman. He perfectly captures the world and tone of the character he’s drawing. Just as Bendis is writing the Metropolis we know and love, Ivan Reis is illustrating it into life.

Superman didn’t really need to be revitalized. Under the watchful eye of Dan Jurgens and Peter Tomasi, he was doing just fine. Classic Superman never left, but somehow he has just arrived. Man of Steel #1 is the classic character everyone knows and loves. The do-gooding Boy Scout worried about everyone but himself. Brian Michael Bendis writes the character perfectly, adding in the minor moments that make the character, well, Superman. Whether he’s soaring above his favorite city or stopping some small crime, this is the same 75-year-old Superman. Even if Bendis is writing him for the first time.

Rogel proves to be an imposing villain. One who promises only pain and torture for the first superhero. It’s not a brand new take on villainy, but it’s exactly what the world needs. Not a drastic stretch of storytelling, but a new spin on an old tale. The only issue with Man of Steel #1 is the sudden ending. Yes, it leaves the reader wanting for Man of Steel #2, but it feels as if pages are missing. Almost as if the story ends one page too soon.

But every one of those pages is alluring with a classic touch, thanks to the consistently detailed work of Ivan Reis. One of DC’s most prominent veterans joins this brand new writer on his brand new beginning. Man of Steel #1 ends far too quickly. Thankfully, it’s only just the beginning.