Marvel 2 in One #6 by writer Chip Zdarsky, penciler Jim Cheung, inker Walden Wong, and colorist Frank Martin picks up where the previous issue left off. The Thing and Johnny Storm are using the Multisect to traverse the Marvel Multiverse in order to find Reed Richards, Sue Storm, and their children who they believe are lost somewhere in the vast Multiverse. They have teamed up with a scientist named Rachna Koul to help them on their search for the lost members of the Fantastic Four. But they aren’t just looking for their lost teammates. They are also losing their powers without their connection to them. In order to maintain their powers, they must be reunited with their former teammates.

However, the first universe they visit sees the Fantastic Four villain Dr. Doom as the world-eating being known as Galactus. Doom swapped bodies with Galactus in order to save Earth in this universe. Unfortunately, Doom has consumed everything in the universe but Earth and his hunger continues. He has set his sights on Earth and will not be stopped. Johnny Storm and The Thing will work with Reed Richards, Sue Storm, and Johnny Storm of this alternate universe in order to stop Doom from consuming Earth.

Their wild plan actually succeeds, but in the aftermath of the fight the Reed Richards from the alternate universe drops a huge truth bomb on Ben Grimm aka The Thing. He tells him he’s looked into Johnny and Ben’s problems and that the Fantastic Four’s “power signature is extremely specific.” He did some of his own research and found that the power signature doesn’t exist.

That’s when he tells Ben, “I’m not wrong, am I? Your Reed and Sue…they’re dead.” 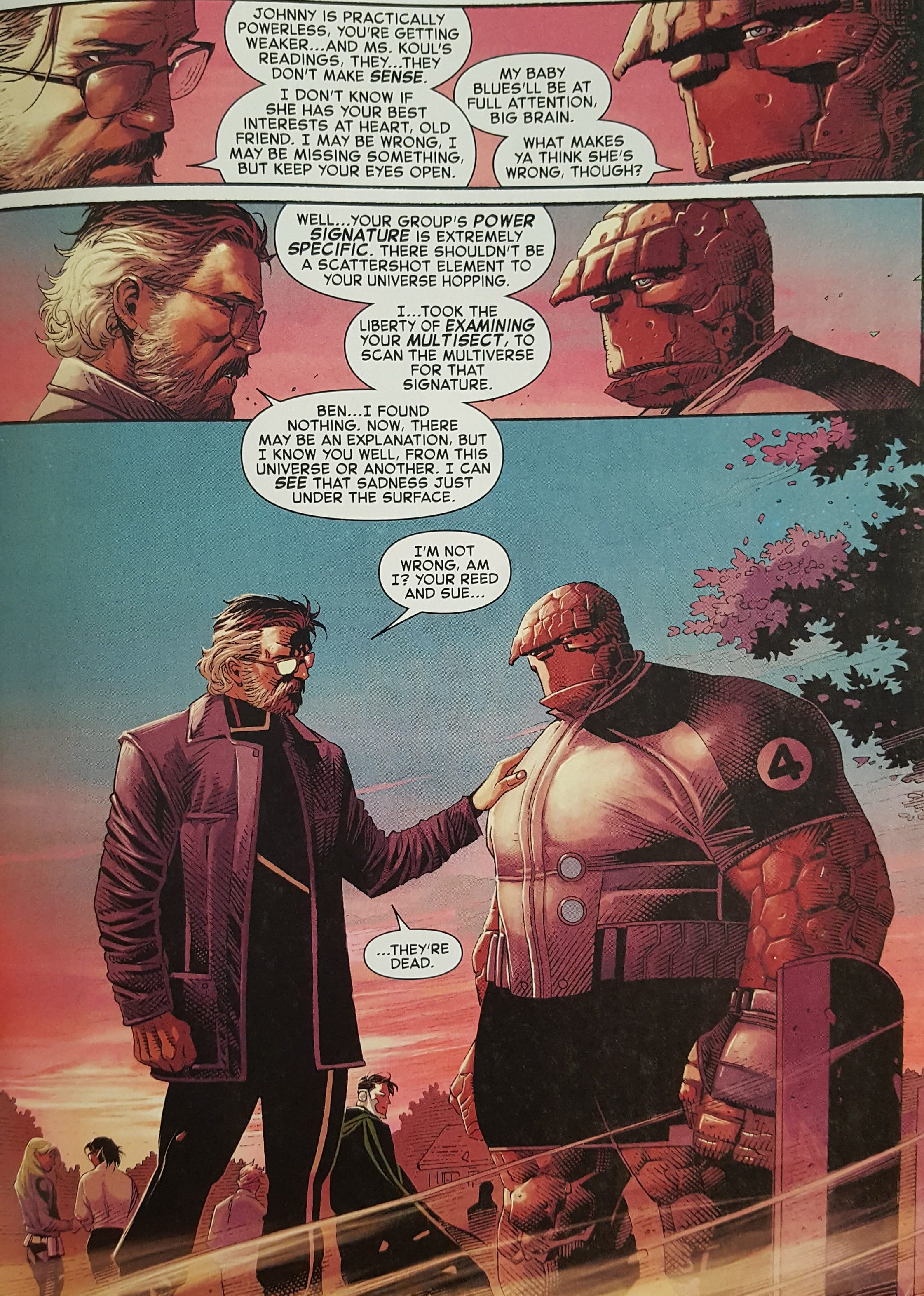 They probably won’t be dead for long though. It’s unclear how they will bring them back, but the Fantastic Four will be getting their very own book again in August. I wouldn’t be surprised if it’s connected to the events of the current Infinity Countdown series and the upcoming Infinity Wars series.