**Warning Spoilers for The Punisher #225 Below**

The Punisher #225 by writer Matthew Rosenberg, artist Guiu Vilanova, and colorist Lee Loughridge see Frank Castle aka The Punisher on the wrong side of Nick Fury and nearly half the Marvel Universe as Captain Marvel, Spider-Man, Tigra, Beast, The Thing, Cannonball, U.S. Agent, Hercules, Spider-Woman, Quake, Luke Cage, and Falcon have all been tasked with hunting down Frank. 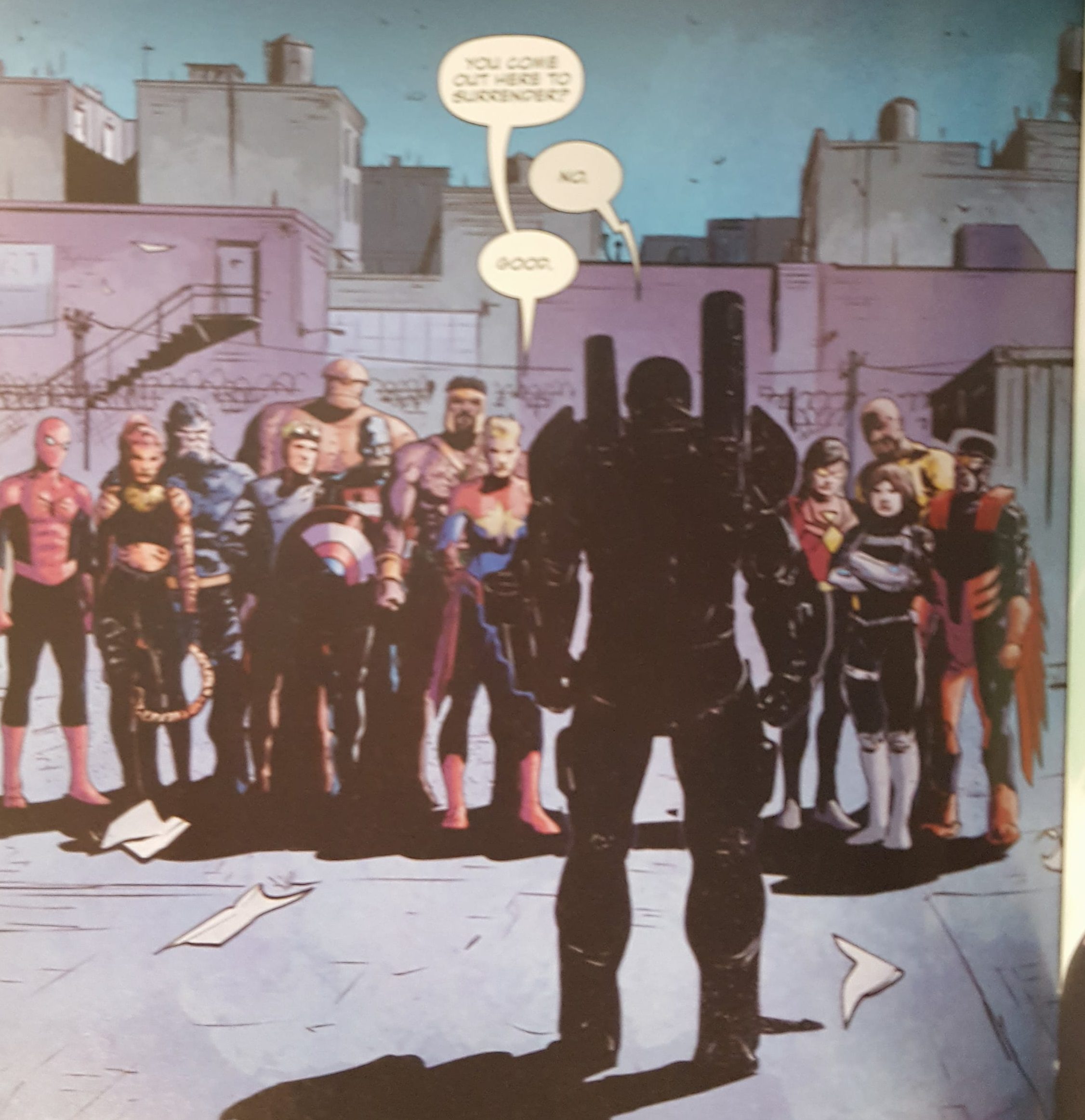 You might be thinking this is overkill, but Frank Castle has a stolen War Machine suit and he’s been using it to achieve his mission of punishing wrong-doers while acting as judge, jury, and executioner.

As this group of Marvel heroes tries to subdue Frank Castle, they learn just how tough a target he is. Frank uses quick thinking to take Captain Marvel out real quick with a flash bang grenade. He then fires some kind of missile directly at Captain Marvel who goes flying through a wall from the impact. 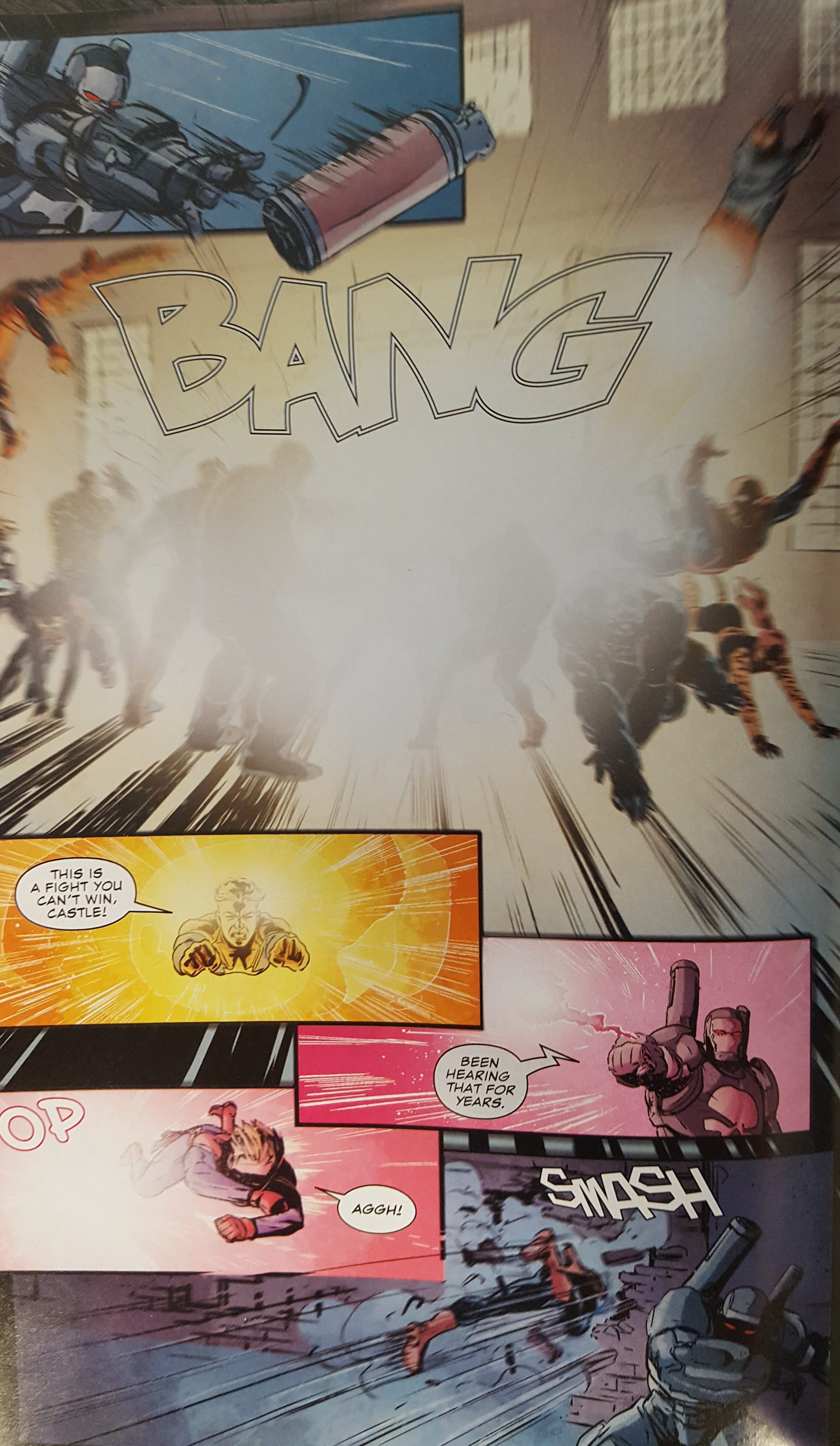 Spider-Man then thinks he’s playing it smart by firing his web at Castle’s back. He forgot the War Machine armor can fly and he’s taken on a ride through the air then used as projectile. Castle takes out both Spider-Man and Beast as he flings the web crawler into the mutant. 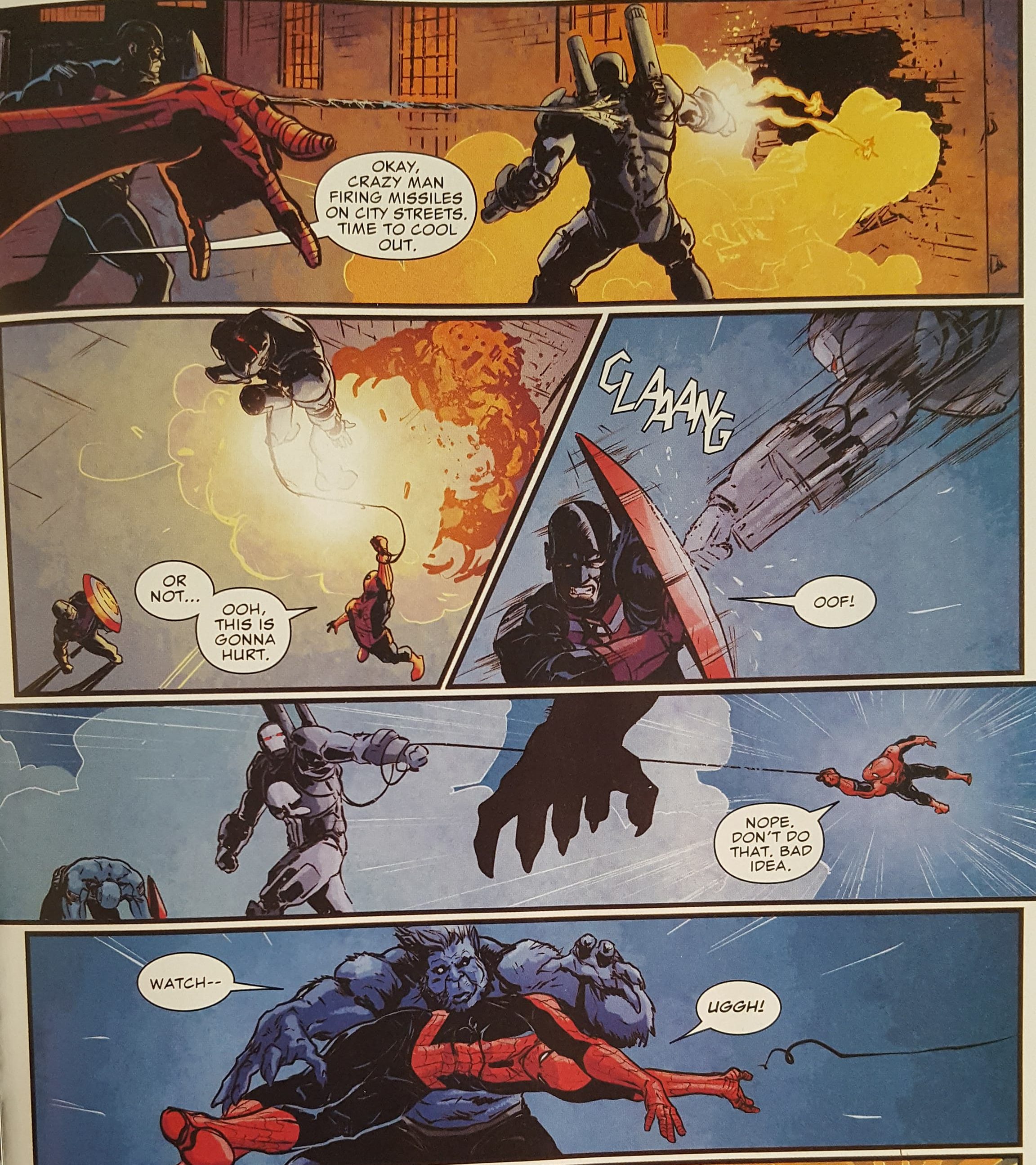 The Marvel heroes would seemingly get the upperhand as Hercules and Luke Cage distract Castle while Captain Marvel punched him in the back and through a brick wall. However, Castle had a huge surprise for them as he blows up part of the building sending the heroes flying every which way. He even traps Spider-Man under a huge piece of wreckage which requires Hercules to lift for him. Spider-Man then asks, “Did I win?” to which Captain Marvel says, “No.” Spider-Man asks a follow-up, “Was it close?” Captain Marvel doesn’t reply, but the answer is “no” as well. 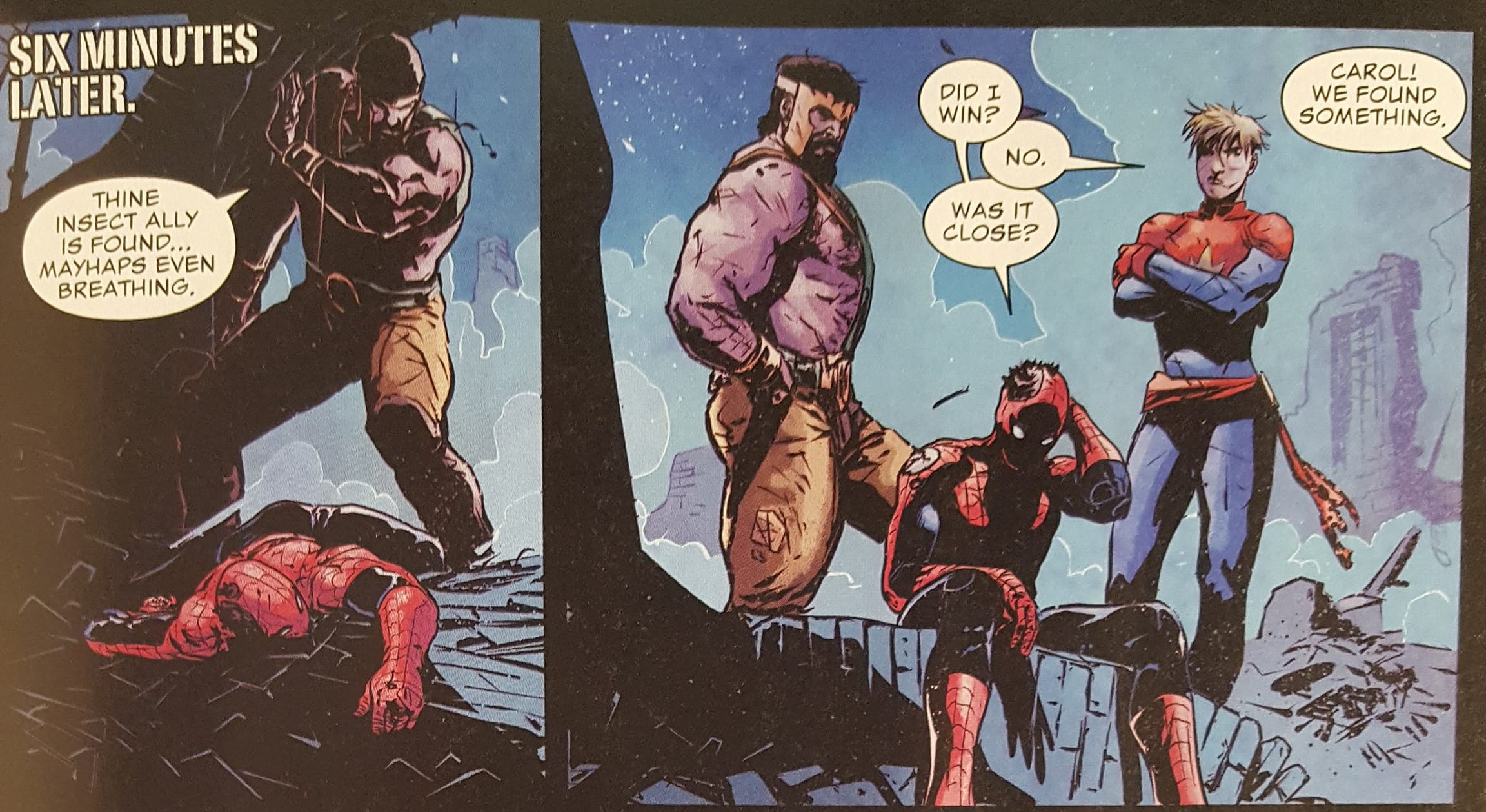 Frank Castle took out some of Marvel’s top heroes and then outwitted them all by escaping from right under their noses.