An alleged new piece of concept art for Avengers 4 reveals a brand new look for Thanos.

The art which was revealed by Hero X shows Thanos in full battle gear with what appears to be some kind of double bladed weapon. He also is still wielding the Infinity Gauntlet. 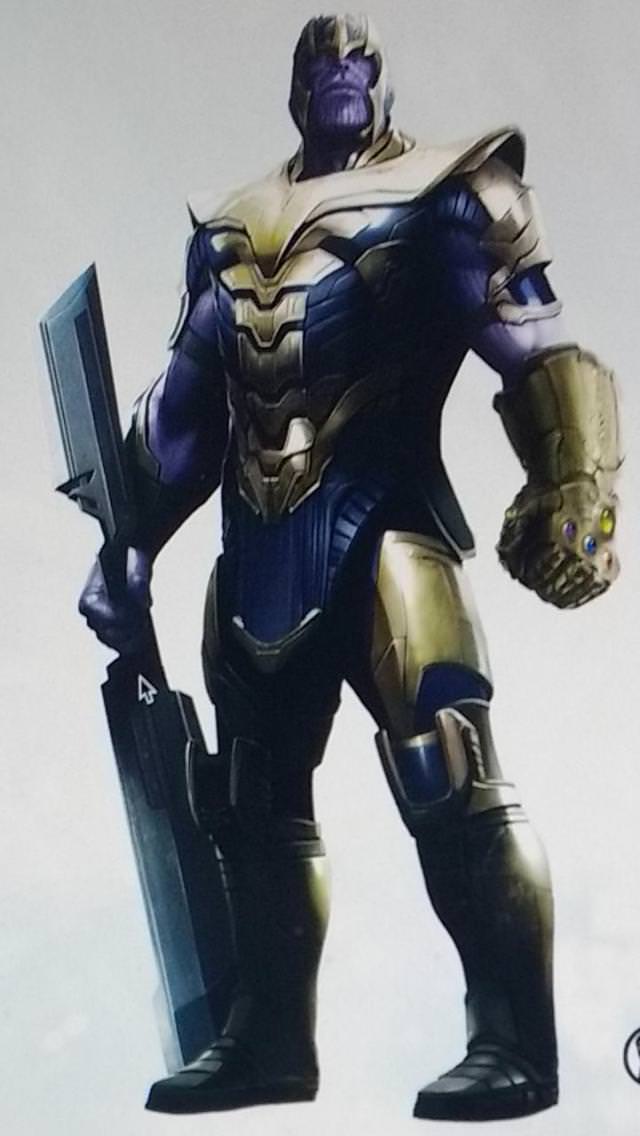 While some of you might be scratching your head as to why Thanos would need to be decked out in full armor and wielding a brand new badass weapon when he has the Infinity Gauntlet, one just has to recall how close to death Thanos came while he wielded the Infinity Gauntlet.

If you recall, just as Thanos gained the full power of the Infinity Gauntlet, he was viciously attacked by Thor who threw his newly forged Stormbringer axe right into Thanos’ chest. If the axe had been aimed for Thanos’ head it might have actually killed the Mad Titan.

Thanos is no fool. If he catches wind that the Avengers are going to mount a counterattack in order to undo his entire’s life’s work he is going to take the necessary precautions in order to deal with them. He would want to protect himself against Thor and Stormbringer, which nearly killed him.

While the power of the Infinity Gauntlet is formidable, it’s unclear just how powerful it is. Plus, we saw the Infinity Gauntlet get severely damaged at the end of Avengers: Infinity War. While it might look likes it’s still functioning it could be a ruse Thanos is using to gain the upper hand on the Avengers. It’s also quite possible the power of the Gauntlet was significantly decreased and he won’t be able to warp reality like he did with Drax, Mantis, and Star-Lord in Avengers: Infinity War.

What do you make of the new design? Is this how you envision Thanos will appear in Avengers 4? Will he become the Warlord once again?