The trailer is pretty milquetoast. There’s nothing really awe-inspiring or shocking about it. It starts out with Hailee Steinfeld’s Charlie Watson discovering the classic Volkswagen Beetle in what appears to be a salvage yard. There’s some heavy nostalgia during this scene as Bernie Mac’s Bobby B sales pitch from the first Transformers is heard.

Interestingly enough there is even a beehive that has made its home in Bumblebee.

She obviously takes Bumblebee home, but upon inspecting the vehicle she discovers he is actually a Transformers! Bumblebee transforms and then crawls into the corner and appears to hide. The two have a bonding moment where Steinfeld’s character pretty much holds Bumblebee’s head in her hands. That’s pretty much over half the trailer.

From there we get some generic action scenes with Bumblebee running through the woods with bullets flying off him. Steinfeld and her brother or friend take a drive down the coast with their through the sun roof. Steinfeld dives into the water and at the bottom Bumblebee is there. It’s possible he might be hiding there.

There’s a couple more bonding scenes one takes place on the beach and another appears to be during a lecture Steinfeld’s Watson is getting from an adult.

We get a glimpse of John Cena’s Agent Burns as he stands looking over a potential battlefield with a number of soldiers at his back.

Finally, we get a shot of the villain. It looks like it will be Starscream as he transforms from a jet into the villainous Decepticon.

There a couple more action scenes. Bumblebee tries to stop a crashing helicopter and Steinfeld makes a generic hero line, “You got people out there who need you…This is why you’re here Bee.”

As the trailer comes to a close Steinfeld inserts a cassette into Bumblebee which plays Rick Astley’s “Never Gonna Give You Up.” Bee isn’t having any of it and promptly ejects the cassette.

What did you think of the trailer? Does it get you inspired to see the Transformers spin-off?

Along with the trailer we also got a brand new poster for the film. 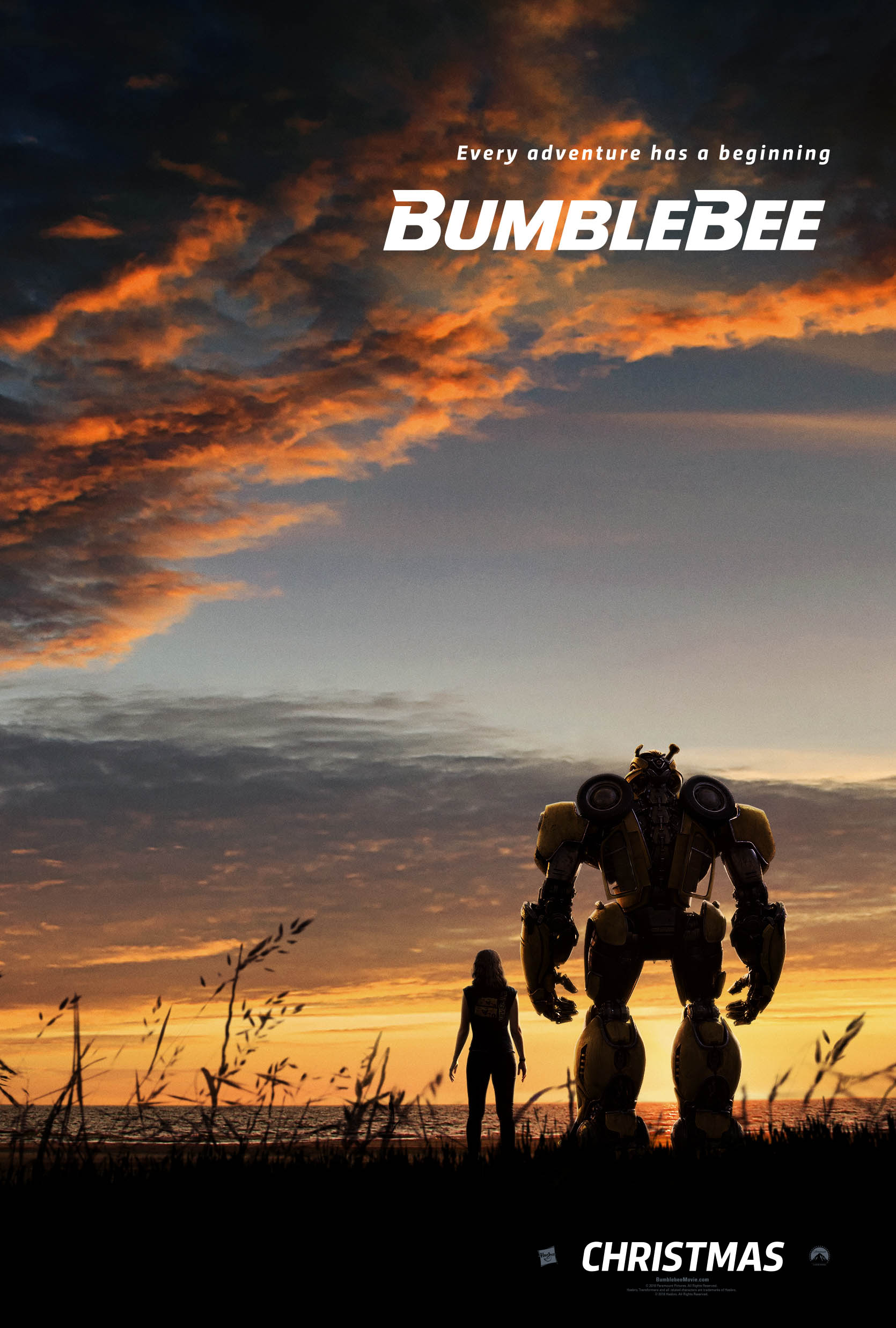 Bumblebee will hit theaters this Christmas on December 21, 2018.