Solo: A Star Wars Story is a different kind of film for the franchise. One character’s origin story grounded in entertainment and action. Whether or not you were a fan of the film, any Star Wars release is usually a successful one. That’s not the case with Solo. After a disappointing opening weekend, the blockbuster has suffered a shocking drop in its second weekend. Enough to confirm that Solo: A Star Wars Story will be the first of the franchise to BOMB at the Box Office. As the movie starts to peter out of cultural existence, it’s time to breakdown just why this happened.

Star Wars hate has grown steadily and heavily in the last couple of years. The Force Awakens got things off to a great start, but it’s been a rocky road since. Rogue One, The Last Jedi, and Solo have all failed to live up to hype in one way or another. But Solo‘s financial performance is shockingly different than those previous films. It’s time to talk about why.

Let’s get two things out of the way: Rian Johnson and Star Wars: The Last Jedi. With a 46% Audience Rating and 91% Critic Rating on Rottentomatoes, 85% Metacritic, 74% liked on Google and 7.3/10 on IMDb the film wasn’t exactly received with open arms. The hate and vitriol it continues to receive may have damaged the Star Wars brand, but then so did Rogue One. A film famously saved by Tony Gilroy at the last minute. If the Star Wars brand has diminished, it didn’t begin there either. Some of the very same people calling for George to return to the franchise called for his head when the Prequels arrived. People have thought “Star Wars sucks now” before. Turns out great films don’t need great predecessors.

From the very beginning, a cloud loomed over Solo: A Star Wars Story. When Phil Lord and Chris Miller were announced as directors, things changed. The team, who have made terrible concepts into incredible films, could surely do it again. Then came the casting. Alden Ehrenreich is an unknown. Yes, he’s got a couple of great credits, but this is his first foray into a truly major blockbuster. Oh, and he’s playing one of the most iconic film characters of all time. The one that made Harrison Ford a household name. 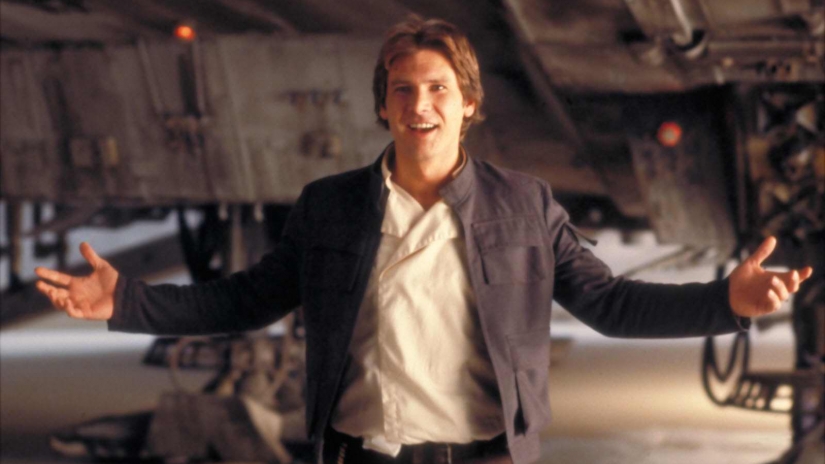 It’s hard to say if people ever really wanted more Han Solo. Ford’s return in The Force Awakens helped to bring in the new crew and add weight to the film. But fans want to know more about things that they don’t know anything about. One of the problems with Solo was that it didn’t add much to Han’s story. The events contained explained how he met Lando, met Chewbacca, got the Millennium Falcon and ran the Kessel Run in under 12 parsecs. There were a few new characters, but nothing that substantial.

The movie felt like something Star Wars fans already knew. Not one they had yet to see, and that’s not great. Whether you think it’s good or not, the film is entertaining. That alone should get fans in the seats. But a Han Solo film was expected to be more than entertaining, it was supposed to tell audiences a few new things about the character. To show exciting worlds and adventures that Han had before we met him. By showing audiences the origin of so many of Han’s recognizable possessions and friends, Solo: A Star Wars Story did add some some “new” but not enough “unexpected.”

A Bloated Summer and Ensemble Casts

Did you happen to catch Avengers: Infinity War? Or Deadpool 2? If you’re a fan of comic book films, chances are you did. Well, they just so happened to come out within a few weeks of Solo: A Star Wars Story. Fans don’t have a ton of cash to spend these days. Ticket prices are ridiculously high. Want us to come to the theater? You’ve got to make it worth our while. Disney and Lucasfilm chose a very bloated Summer in which to toss out what is, arguably, an experimental Star Wars film.

The most famous franchise in film history has never been about one person. Luke was the protagonist of the original trilogy, but every character had an arc. It was an ensemble. Making a film about one person limits a series. Why do The Avengers films make more than an Iron Man or Captain America outing? Because it becomes an event. Deadpool 2 had Cable and Domino; Infinity War had almost every other superhero in the Universe. When it feels like everyone’s there for the story, it feels like the story is coming together rather than waiting to get somewhere.

Remember, this part is not about attributing blame to The Last Jedi. Remember when Lucasfilm first announced that a Star Wars film would come out every year? That sounded ridiculous at the time. Because it is. While Marvel does have the ability to release things in tandem, they are individual franchises that have their own stories. The last Star Wars film came out just a few months ago. Polarizing response aside, that’s never happened before. Rogue One came out a year after The Force Awakens and had basically nothing to do with it.

The story behind Rogue One seemed unnecessary, but it was still completely unknown. Fans will show up to explore new realms of Star Wars. Han Solo isn’t new. In fact, he was last seen only a little over two years ago. Audiences just had some Han and just saw Chewie a few months ago, were they really clamoring for more?

Just yesterday, the folks over at Deadline released a Media Analyst’s financial assessment of the situation. According to the findings, poor marketing was the major problem with Solo.

“The first teaser for Solo, he noted, came out just 108 days out from release. The teaser, by our count, only had about 10 seconds of screen time where Ehrenreich’s face was clearly in the picture — not, in our opinion, nearly enough.”

Skepticism about Ehrenreich’s performance has been around since day one, and Disney needed to fight that. Unfortunately, they didn’t. The first trailer was released just over 100 days before the film. Can you imagine if there wasn’t an Infinity War trailer by the time everyone saw Black Panther? Solo should have had a presence before The Last Jedi and Alden should have been given more screen time in the trailers. He has some genuinely funny and charismatic moments in the film. He wasn’t Han, but he was a Han by the end of Solo: A Star Wars Story.

At the same time, I don’t think anyone thought the film lacked a trailer presence before the release. The trailer was making the rounds on just about every channel, considering the far-reaching demographics that Star Wars reaches for these days.

Now, it’s time for the most damaging part of the Solo story, in terms of PR. The single most important part of the film’s story.

We’re in for some Turbulence

Gareth Edwards most likely did not complete production on Rogue One: A Star Wars Story. All signs point to that achievement belonging to Tony Gilroy. It was a rocky start to the second film in the new Star Wars legend. That was nothing compared to Solo: A Star Wars Story.

Phil Lord and Chris Miller are exciting filmmakers. When they were announced as the directors for Solo: A Star Wars Story, it seemed like a perfect fit. The film needed the most creative team around. Well, the stories coming out of the set weren’t that encouraging. Rumors ran rampant that not enough footage was being taken, that acting coaches were brought in to help the cast. 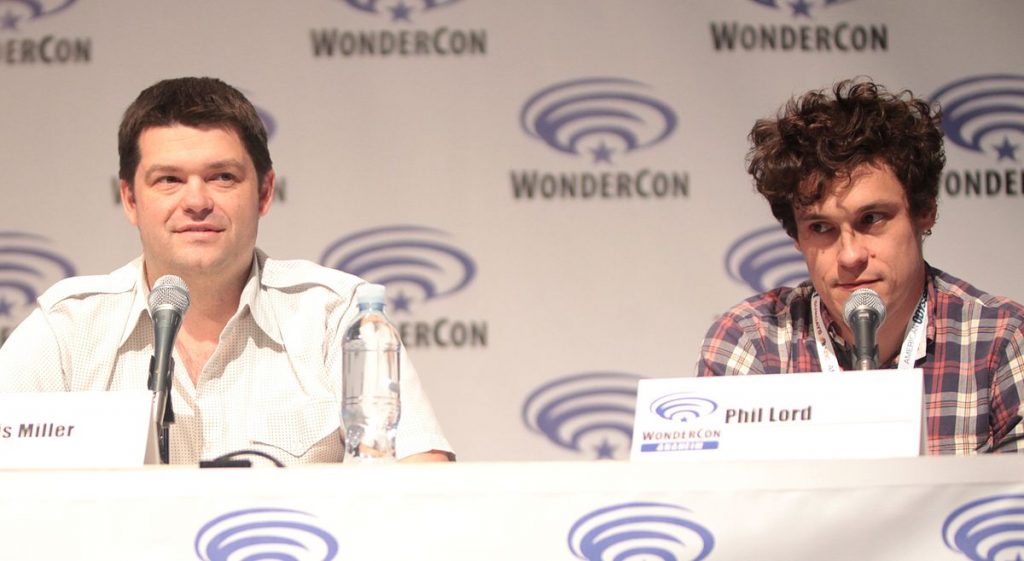 That sounds utterly ridiculous, and yet it all happened. Not the same story as Edwards who retained his directing title. No, Lord and Miller were ousted and fired. Replaced with Ron Howard, a great director, but one whose style doesn’t mesh with that of Lord and Miller’s.

Why has every Star Wars anthology film suffered from ridiculous antics and happenings behind-the-scenes? Fans show up multiple times, and fans are the ones who read every bit of news as it comes out. Hearing a troubled production lead to a last-minute Director change is not encouraging. Least of all when it’s the most exciting Hollywood directors out there being replaced by a veteran Hollywood director who’s been hit-or-miss lately.

Like Justice League, some fans believe there’s a better Solo: A Star Wars Story out there. That Lord and Miller’s version would have captured the sensibilities of the story more, giving it the chance to feel fresh and new. Or there penchant for too-much improvisation and not enough coverage could have left stunt work and actors underappreciated and underutilized. It’s not always cut and dry, is it?

The Long Wait Ahead

Believe it or not, now will be the longest gap between Star Wars films since The Force Awakens hit the scene. It will be a year and a half before J.J. Abrams and Star Wars: Episode IX look to put a cap on the trilogy that director began. Some fans claim they aren’t too excited about the future of Star Wars, but let’s wait for a trailer.

So no, in the end it turns out Rian Johnson didn’t destroy Star Wars. Neither did George, Neither did Rogue One: A Star Wars Story and neither did Solo: A Star Wars Story. Plenty of people are enjoying the film as the popcorn, action-packed entertainment that it is. There’s nothing wrong with that, and it’s a testament to Howard and the entire cast and crew that managed to put it all together in record time. However, the Disney system seems to be more concerned with frequency rather than quality.

Like the gap between Justice League and Aquaman, the time between Solo: A Star Wars Story and Episode IX should be one of reflection for the studio. To take a step back and assess why a movie about Han Solo failed, be it financially or creatively. Before we know it, Rey and Kylo Ren will bring an end to the new trilogy, one way or another.

Do you think audiences will show up for Star Wars: Episode IX?